There just aren’t many people in the state who could convince and charm audiences as the sniveling Miss Hannigan in “Annie,” then turn around and bring life to Gershwin’s “Bess” arias or to rich, complicated characters like Tony Kushner/Jeanine Tesori’s “Caroline” in “Caroline, Or Change.” Satia Spencer — Arkansas County native, former U.S. Marine, single parent, music educator and cancer survivor — is one of those people, and her polished, buttery mezzo never disappoints. What’s more, she’s a dynamo of physicality under the spotlight even when she’s not singing: I once watched her elicit a wave of guffaws and giggles as the longsuffering “Contralto” in a UA Little Rock Opera Theatre production of Tom Johnson’s absurdist “The Four Note Opera,” and all she did (in that particular moment, anyway) was pick up a chair and move it across the stage. If you haven’t caught Spencer with Praeclara or Opera in the Rock and you’ve got even an ounce of affinity for opera, jazz or musical theater, don’t sleep on this concert. Tickets, which support scholarships for students at Wildwood’s summer program The Wildwood Academy of Music and the Arts, are available at wildwoodpark.org or by calling 501-821-7275. SS 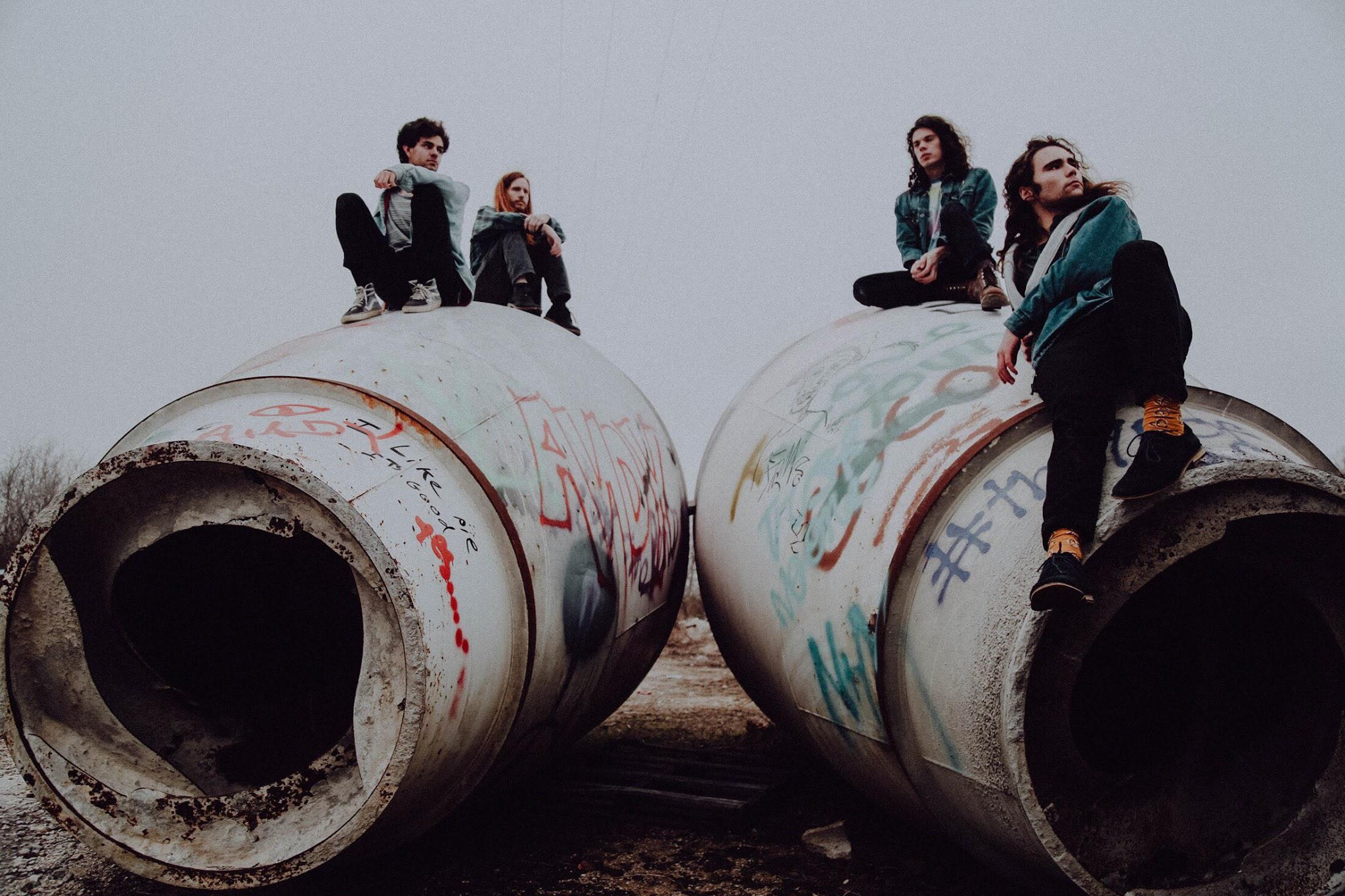 You’ll have to hurdle a few search engine results pertaining to a charming children’s book of the same name, but go find Fayetteville’s Elephantom, a psych-rock quartet whose technicolor guitar distortion and falsetto “oo-wee-oos” are ear candy for anyone who (secretly, of course) counts “Magical Mystery Tour” among their frequently-spuns. Perfectly, Elephantom’s set is paired with one from Move Orchestra, a trio of brothers who weave complex accompaniments with cinematic visuals, and an opening performance from experimental cellist Christian Serrano-Torres, a member of the wildly imaginative Rozenbridge, who self-describes as “classical to the bone with fire in his tone.” SS 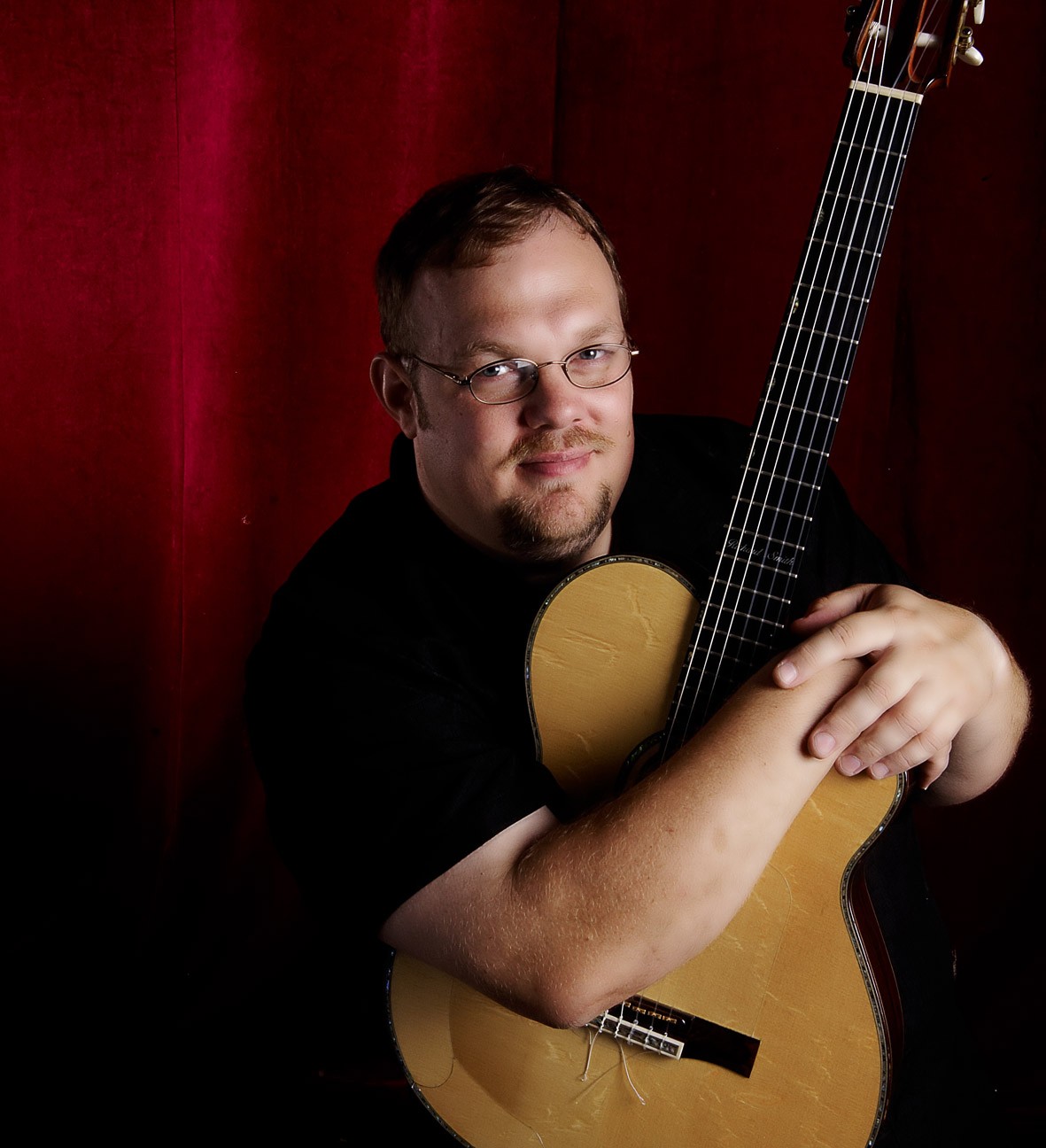 At a tribute to the late, great Jerry Reed in 2014, Richard Smith shucked off his south-of-London Beckenham accent to mimic Chet Atkins’ Tennessee drawl. The event’s host had asked Smith what exactly it was Atkins said to him when the two joined each other on stage at Her Majesty’s Theater, back when Smith was still an 11-year old guitar prodigy. (It was: “Play me somethin’ I know, there, Richard, so I can back you up on it.”) That story wouldn’t get told so often if Smith’s duetting had ended in his boy wonder days, but the fingerstyle picker has spent the decades since dropping jaws with his near-photographic musical memory, flashy approach and flatpicking/thumbpicking hybrid technique — as one of three brothers in the Richard Smith Guitar Trio, as the guitar muscle in swing outfit The Hot Club of Nashville and in whirlwind duets with his wife, cellist Julie Adams. Here, he takes center stage as a guest of the Argenta Acoustic Music Series. See argentaacoustic.com for tickets. SS

Every year, aspiring local filmmakers plunge themselves into the blistering July heat for a weekend to patch together short films as part of the 48-Hour Film Project. They’re allowed to have a crew assembled beforehand and scout out filming locations, but must complete all creative work — writing, rehearsing, set design, filming, editing — in two days. And, just to make sure nobody’s been too quick on the draw with all that, competition rules require every team to insert the same excruciatingly specific elements into their films. This year, all films must include a character named Danny or Dani Childress who is a “newbie” at something, a bicycle as a prop and the line “You are unbelievable.” Films from 21 Little Rock area teams were created July 6-8, and those will screen over the course of two nights at Ron Robinson, with a few finalists advancing to the “Best Of” screening Friday, Aug. 3. The film that wins “Best of City” in Little Rock for 2018 will climb on up the project ladder, competing for a chance at a $5,000 prize and a screening at the Cannes International Film Festival’s Short Film Corner. For details, check out 48hourfilm.com/en/littlerock. SS 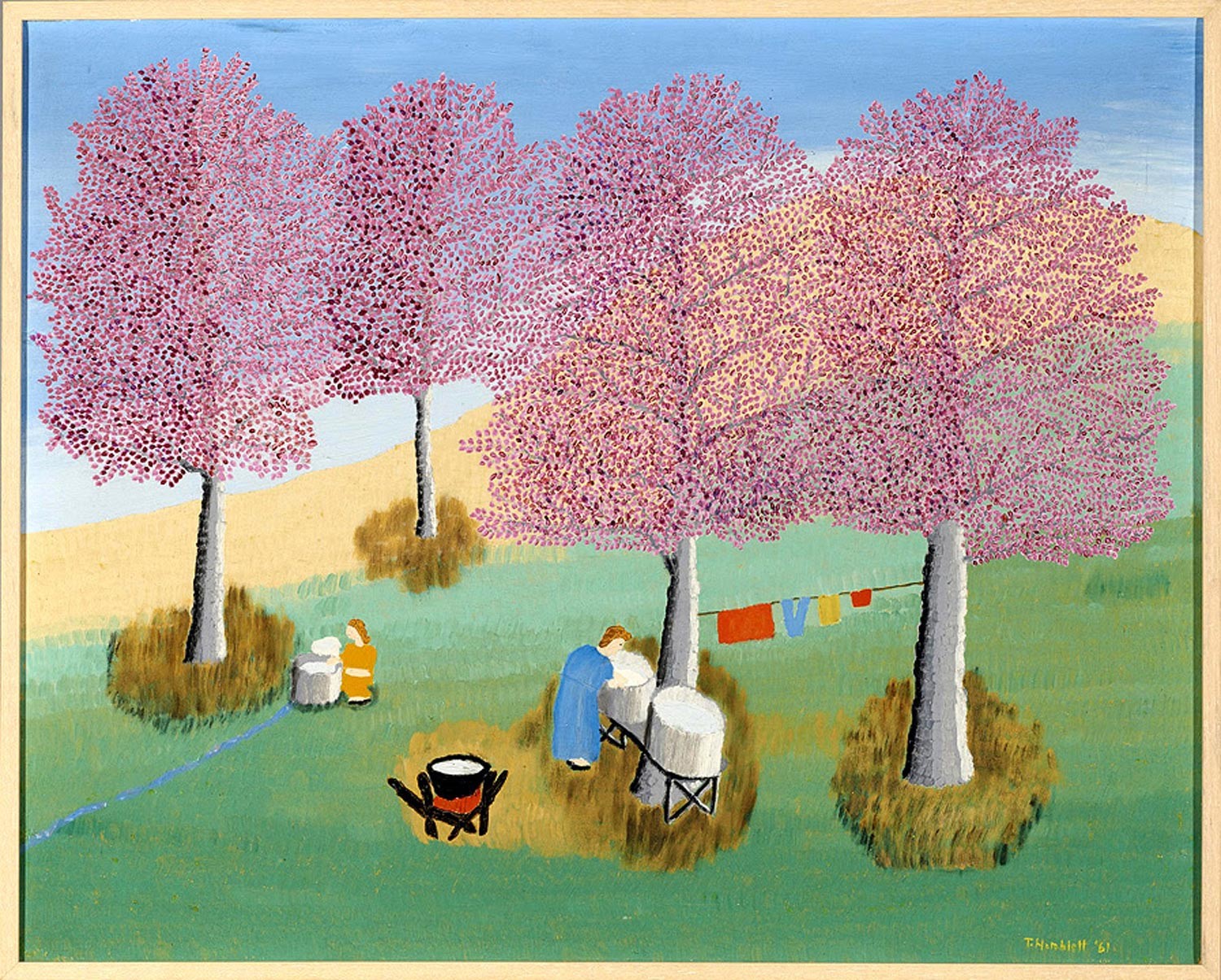 Friday’s forecast is for a cold front: It’s going to be in the low 90s! Brrr! Anyway, galleries and other venues off and on Main Street in Argenta taking part in the monthly after-hours Argenta Art Walk have AC, so art-walking should be fine. July’s menu: Matthew Castellano’s surreal line drawings go up at Laman Library’s Argenta branch (420 Main St.) in a show called “Echelon”; Greg Thompson Fine Art (401 Main) continues its annual “Summer Show” of fine regional art; Argenta Gallery (413 Main) continues Don Byram’s “Midlife Crisis — The First 60 Years”; and Core Brewery (411 Main) serves up the Latino Art Project’s “Pop Art.” Impressionist Barry Thomas will paint at his studio (711 Main). The Arkansas Regional Innovation Hub (201 E. Broadway) will offer up art-making opportunities, like T-shirt printing, pottery and more, and local artists will have booths inside Galaxy Furniture’s Artist Universe (304 Main). As the Art Walk winds down, the Joint Theater & Coffee Shop winds up its theater-goers with its comedy troupe’s “Birthday from Hell” at 8 p.m. LNP 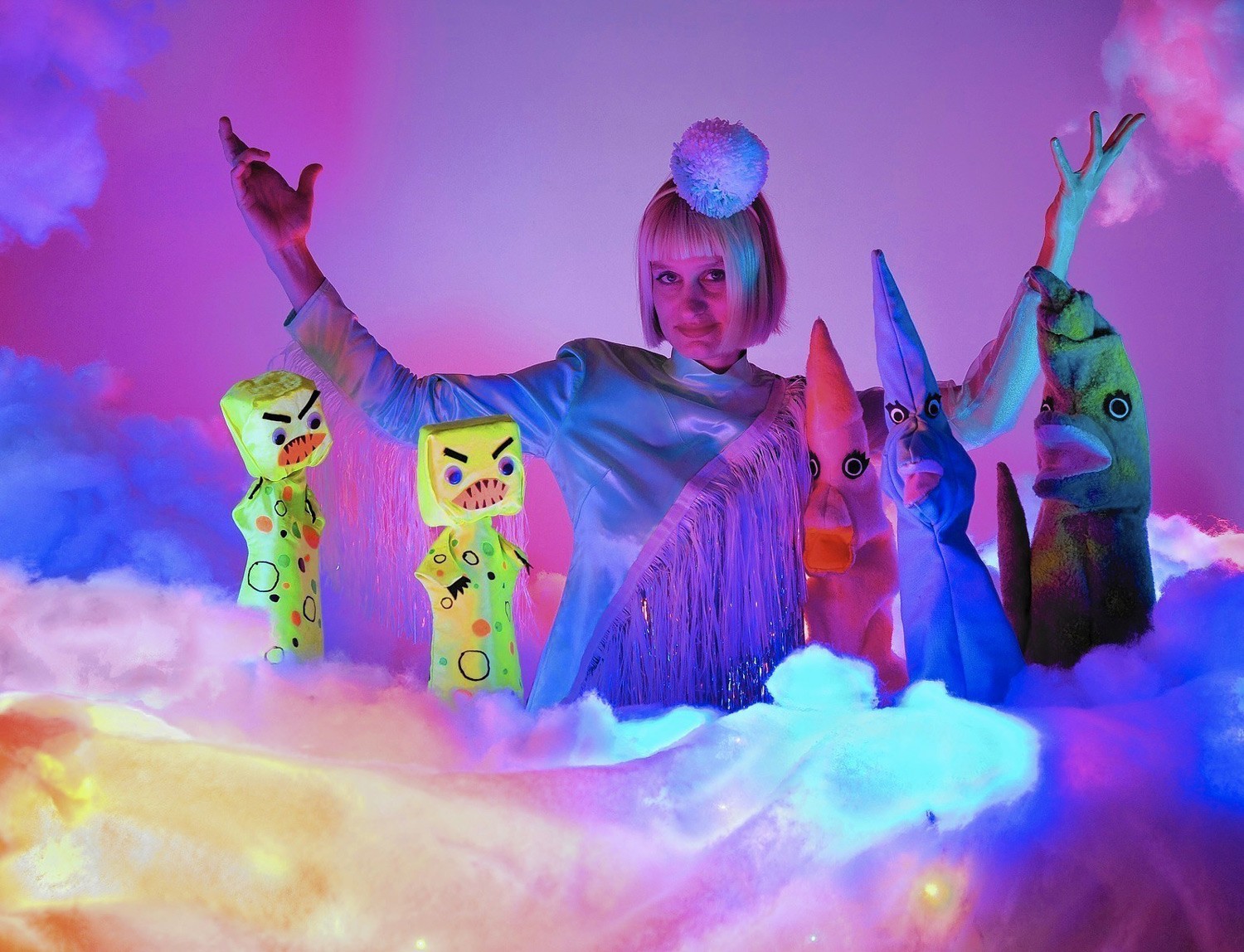 In the 1950s, Ernie Kovacs and Edie Adams mashed up gorilla costumes, fake commercials and marionettes with Bartok and Prokofiev. In 2018, Quintron and Miss Pussycat play their dance set with psychedelic hand puppets, an organ/synthesizer hybrid with headlights and a “light activated analog drum machine which creates murky, low-fidelity, rhythmic patterns triggered by the rotation of recycled #10 pizza sauce cans.” They’re the genre tinkerers and the absurdist provocateurs of a post-punk rock era, prone to injecting their performance art with splattered paint, murky allegory, driving backbeats and cameos from the likes of Helen Mirren and Taylor Hackford. As guests of Low Key Arts, Quintron (Robert Rolston) and Miss Pussycat (Panacea Pussycat, owner of the now-dormant secret New Orleans nightclub Pussycat Tavern), they’ll likely put the black box/red light aesthetic at Maxine’s to great use for the powers of weird. Add to that Houma, La., electro trio Crush Diamond and Ghost Bones, the fantastically spooky Hot Springs rock quartet whose twitchy sonic disposition makes a flawless opener for this art rock show. SS 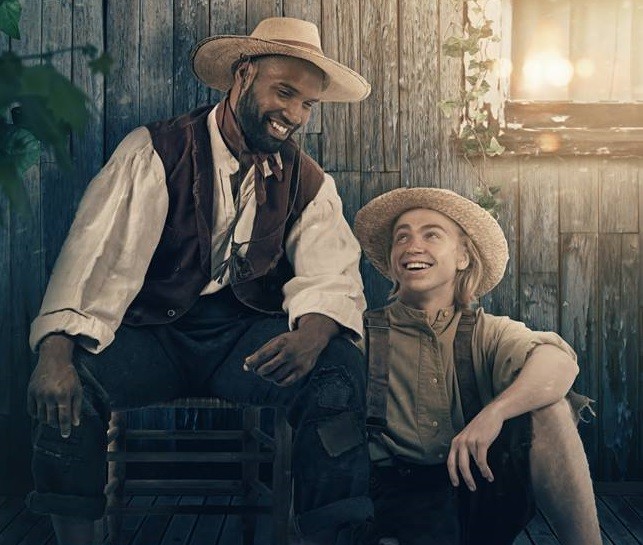 Maybe it shouldn’t be surprising that the dude who gave us “King of the Road” and “You Can’t Roller Skate in a Buffalo Herd” made the melodies in “Big River” such memorable ones. After all, Roger Miller’s own hardscrabble upbringing and penchant for hitchhiking as a kid probably resonated with Broadway producers trying to soundtrack the antebellum sojourns of Huckleberry Finn and Jim, with its “considerable trouble and considerable joy.” It also shouldn’t surprise us that director Brandon Box-Higdem was eager to put it up in The Natural State after staging the musical for a larger space in Omaha, Neb.: The soundtrack includes a number called “Arkansas,” enslaved character Jim’s home state. And, as Box-Higdem said in a promotional video for the ACT production, programming “Big River” in a city where a racially divided history manifests itself so deeply — and so often — can be a challenge. “We’re not gonna shy away from this content … . This is a part of an American history that we do need to hold a mirror up to and say, ‘Look, this where we came from. And this is part of our American fabric. But what are we going to do about that?'” The stage adaptation of Mark Twain’s novel goes up at Argenta Community Theater with Payton Justice (“Huck”) — a musical theater student at Boston Conservatory — and Little Rock community theater scene mainstay Jeremiah James Herman (“Jim”) at the core. For tickets, head to argentacommunitytheater.com or call 353-1443. SS 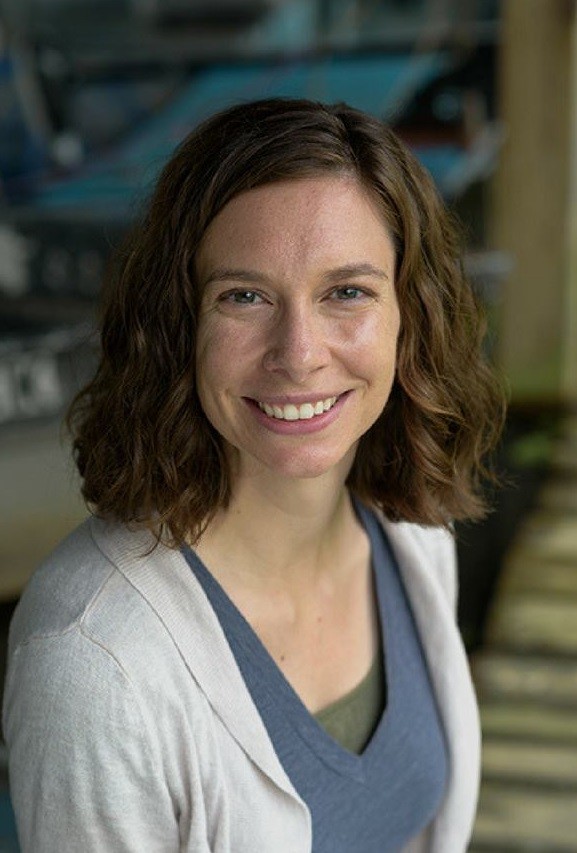 A memoir might seem like an odd choice for a writer’s first book — unless you’re Jennifer Case, in which your own childhood and family history involves a “migratory adulthood” and a set of grandparents who ran a fishing resort in northeastern Minnesota. With promises of seldom-fished lakes and trackless woods, Sawbill Lodge attracted city slickers and nature lovers alike when it opened in 1935, and its legacy serves as the centerpiece for Case’s debut novel of the same name — a work as much about displacement as it is about place. In a passage excerpted on a nonprofit magazine called “Terrain.org: A Journal of the Built + Natural Environments,” Case describes the dissolution of the resort’s founding family, The Argobusts, and how “the location that was always meant to keep the family together failed — just as it would fail to keep my family in one place decades later, as much as I wanted it to. Sawbill was not the center of a series of concentric rings,” Case writes, “but rather one stop along a string of locations and homelands. In my romantic visions of the resort’s birth, then, I must remind myself of its end — of the comings and goings that have defined it all along.” Case, now assistant professor of creative writing at the University of Central Arkansas and the assistant nonfiction editor of Terrain.org, reads here as a guest of the monthly Argenta Reading Series. Her passages will be preceded by readings from Rhett Brinkley and ARS Director Guy Choate. Show up early for lively conversation and box wine from 107 Liquor. SS 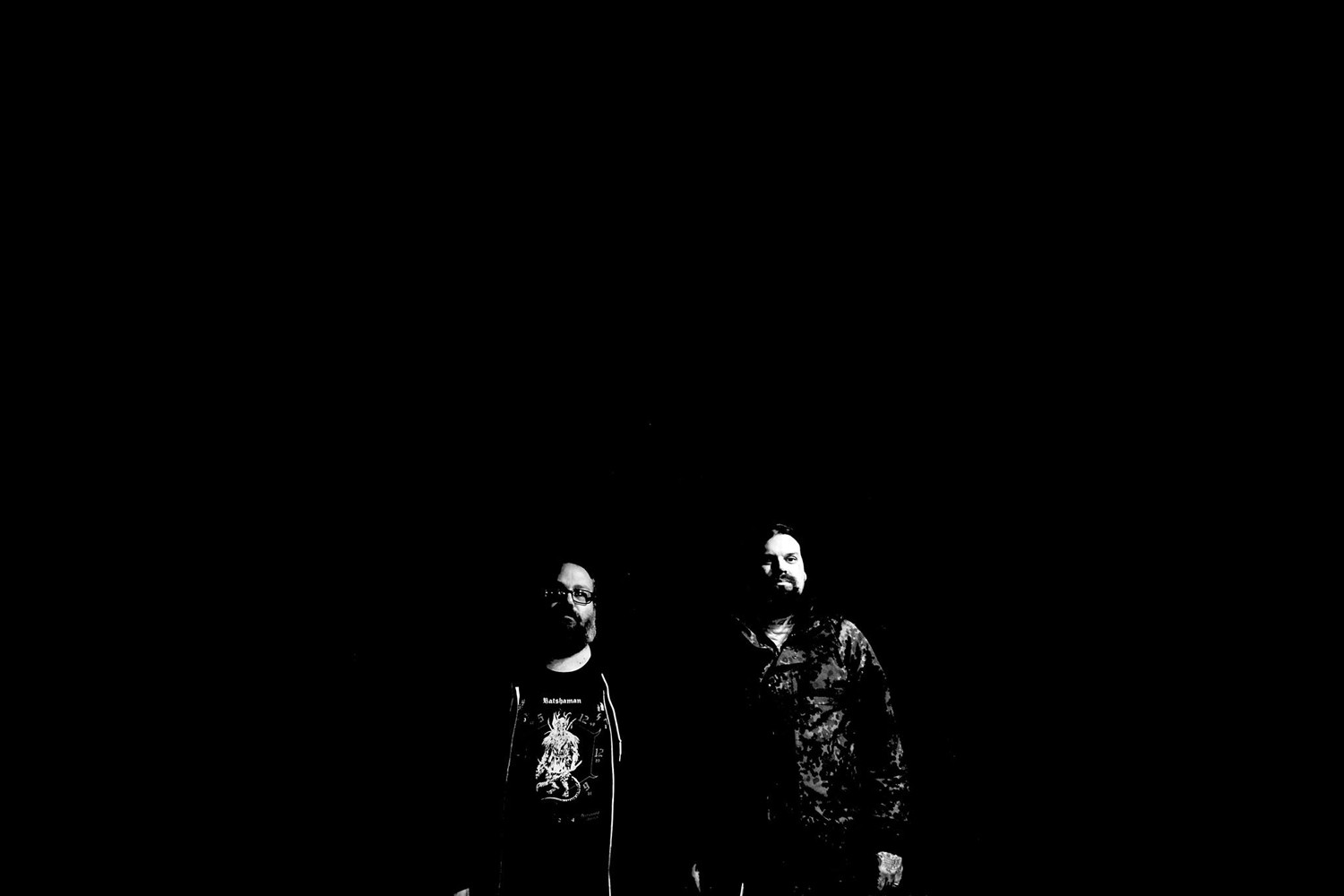 Portland-based duo The Body are rolling back into town, and allowing sound extremists (and expatriate Arkansans) Lee Buford and Chip King to fill your ears with existential dread is pretty much the most appropriate response you could form to the political and economic trajectory of America circa 2018. With an arsenal of instrumentation that may very well rumble hard enough to shake any unsecured artwork from the chicken shack’s walls, The Body’s latest, “I Have Fought Against It, But I Can’t Any Longer,” evokes the tortured and morbidly world-weary sentiment from which it takes its title, a phrase from Virginia Woolf’s suicide letter to her sister Vanessa Bell. Joining the bill are Lingua Ignota, a project from classically trained vocalist Kristin Harter that blends noise and liturgy with themes of gender and violence, and Little Rock’s own Or, whose “A Funeral” should help ease the transition between the dying light of Saturday evening and the abysmal depths of sonic dysphoria. SS