The Sequoyah National Research Center, part of the Collections and Archives division at UA Little Rock, “strives to ensure that the discussion of Native America accounts for the perspectives of the peoples themselves,” its website says. And to the extent that the collective discussion has de-emphasized (or omitted altogether) a long history of military service on the part of native people, this exhibition from the Smithsonian National Museum of the American Indian serves as counterpoint. Supplemented by materials from SNRC’s collections from World War I veterans, the exhibit is on display 8 a.m.-5 p.m. weekdays through Nov. 30, and opens with a reception and gallery talk at 4 p.m. Thursday, Sept. 6. For details, call 569-8336 or visit ualr.edu/sequoyah. SS 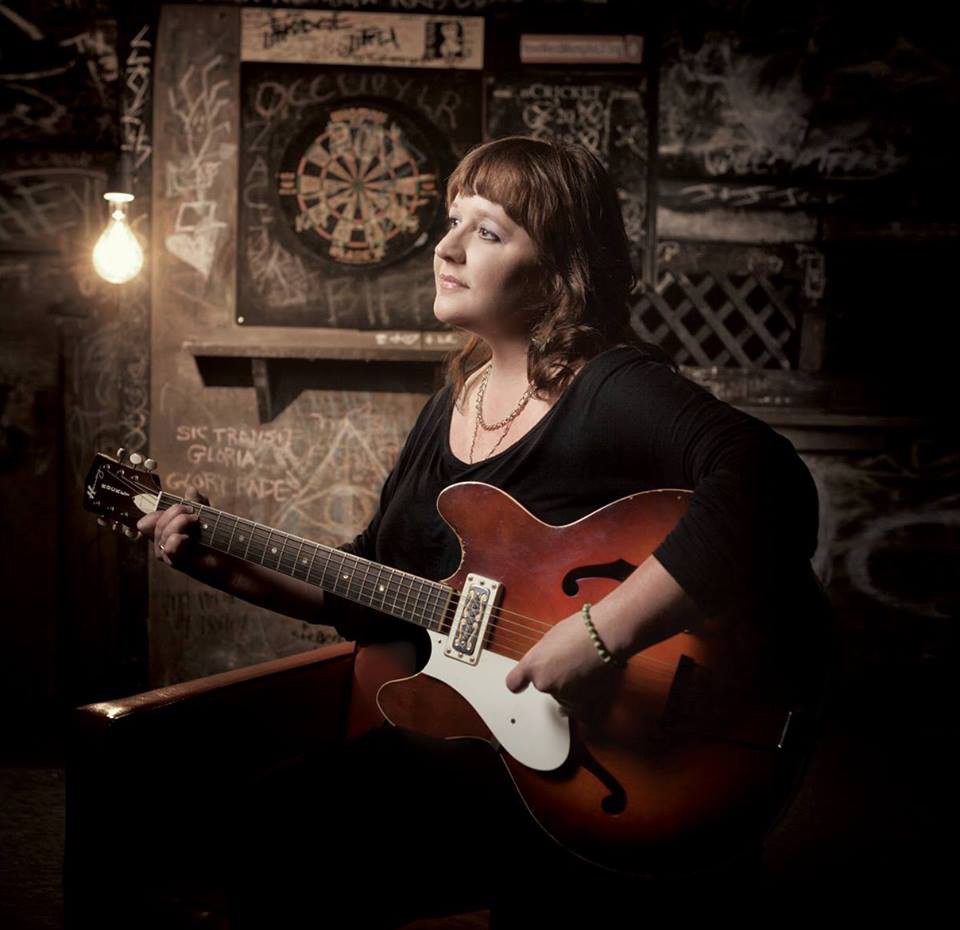 If chances to hear the Amy Garland Band are scarce, maybe it’s because the Louisiana native spends so much of her time elevating (and collaborating with) her peers in the Central Arkansas music scene by way of her Friday afternoon show, on KABF-FM, 88.3; her spot in projects like The Wildflower Revue; and her time fashioning gorgeous handmade guitar straps with a new venture, Stone County Strap Co. Garland and her band — Nick Devlin, Mike Nelson, Bart Angel and Jeff Coleman — take that affable folk sound to the White Water this Friday, bringing a touch of Louisiana Hayride to a beloved neighborhood bar. SS 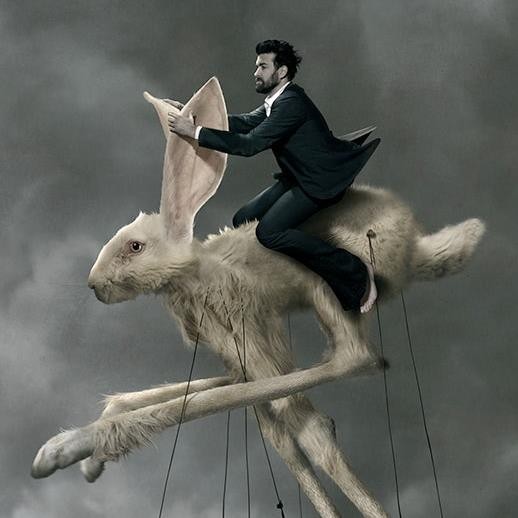 Bob Schneider, writer, painter and perennial sweeper of the Austin Music Awards, isn’t much for letting the ink dry; if there’s one songwriter in the Austin scene who’s embraced Voltaire’s motto “Don’t let the perfect be the enemy of the good,” it’s Schneider. And that’s by Schneider’s own design, as he told ANCHR Magazine last month: “The creative part of your brain is like a little kid that wants to play and have fun. If you can get the critical part of your brain to leave that part of your brain alone, you’ll never have any problem writing and creating. You can always go back afterwards and figure out if the thing that you made is good or not, but that shouldn’t be part of the creative process.” With a monthly residency at Austin’s Saxon Pub that’s lasted almost two decades and a fierce devotion to offering every live show he does on a Bandcamp site he calls “Frunk,” Schneider’s documented that creative process with astonishing consistency and transparency, pulling weekend set lists of sugary hooks and cuddly, philosophical ruminations from a catalogue of hundreds of songs. His shows are famously schizophrenic, with loop experiments and metaphysical monologues filling the between-songs gap in lieu of aloof patter, but count on hearing at least a couple from “Blood and Bones,” Schneider’s 2018 release that stares down mortality itself (“Snowmen”) as unblinkingly as it does Schneider’s love for his wife and baby daughter. The Rios open the show. SS 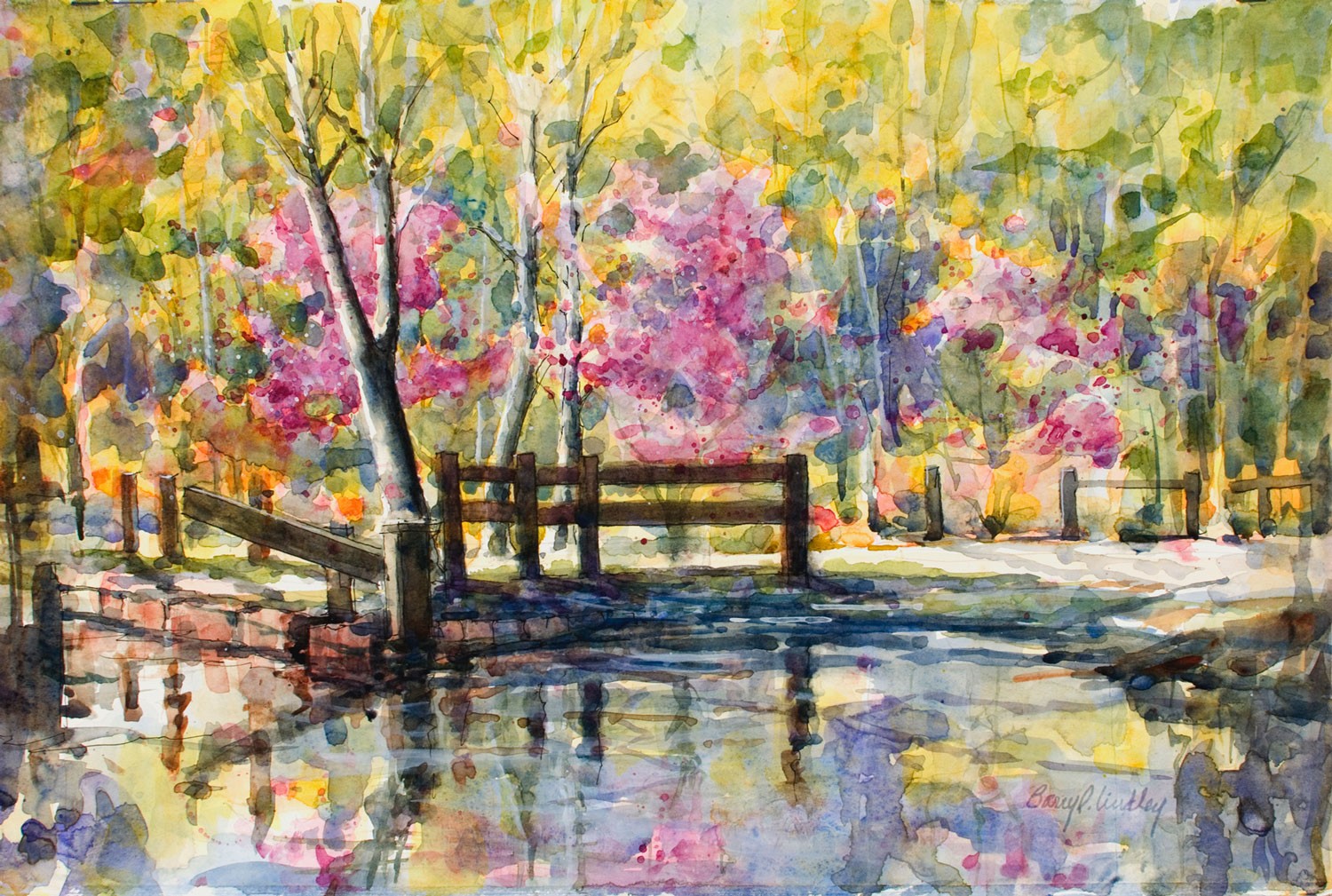 ‘ON MY MIND: THE NATURAL STATE’

Landscape artist Barry Lindley of Washington, D.C., will be on hand Friday and Saturday at Cantrell Gallery for the opening of his exhibition, “On My Mind: The Natural State.” He was once a resident of the Natural State and apparently he’s missing us. He’s traveled the Arkansas countryside to paint flatlands, swamps, forests and waterfalls, even Nuclear One (on his webpage, not necessarily in the show here). His travels have also taken him to far-flung places such as Alaska and Vietnam, and the show includes those foreign landscapes. Lindley’s exhibited worldwide; his last exhibition was at The Art League Gallery in the Torpedo Factory Art Center in Alexandria, Va. The artist will give a gallery talk about the work at 2 p.m. Saturday, Sept. 8. The show runs through Oct. 27. LNP 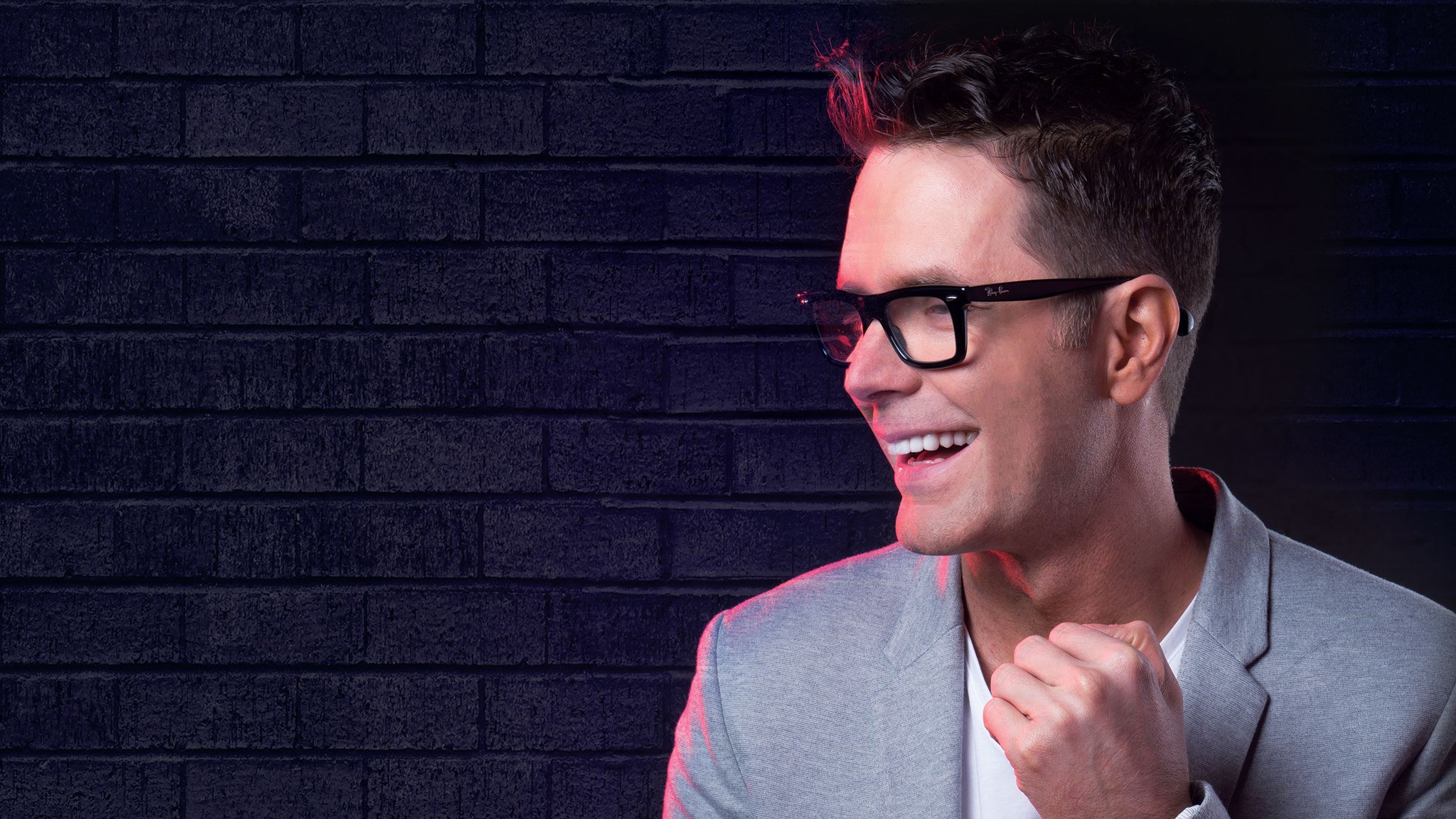 A 38-year-old native of Mountain Pine (Garland County) is now the youngest inductee to the National Radio Hall of Fame. Bobby Bones, the Wayfarer-wearing Henderson State University grad who identifies as too pop for country radio and too country for pop radio but has hosted shows on both formats, has made a career with a silver tongue, a penchant for hyperbole and an ear for discovering up-and-coming artists. He’s also made headlines for stunts both on and off the air: A nonemergency airing of the emergency broadcast tone cost his platform iHeartMedia a $1 million fine, and a hoax in which he commissioned “Go Away Bobby Bones” billboards in Nashville with $13,000 of his own money cost him, some would argue, an ounce or two of credibility. Whatever you think of him, Bones has a knack for getting country stars to speak candidly about their own experiences with the prejudices of the Nashville establishment, and he’ll work those charms on the fans at Robinson Center Performance Hall as part of his “Red Hoodie Comedy Tour,” so named because the sales of souvenir red hoodies at the tour merch table benefit St. Jude Children’s Research Hospital in Memphis. SS 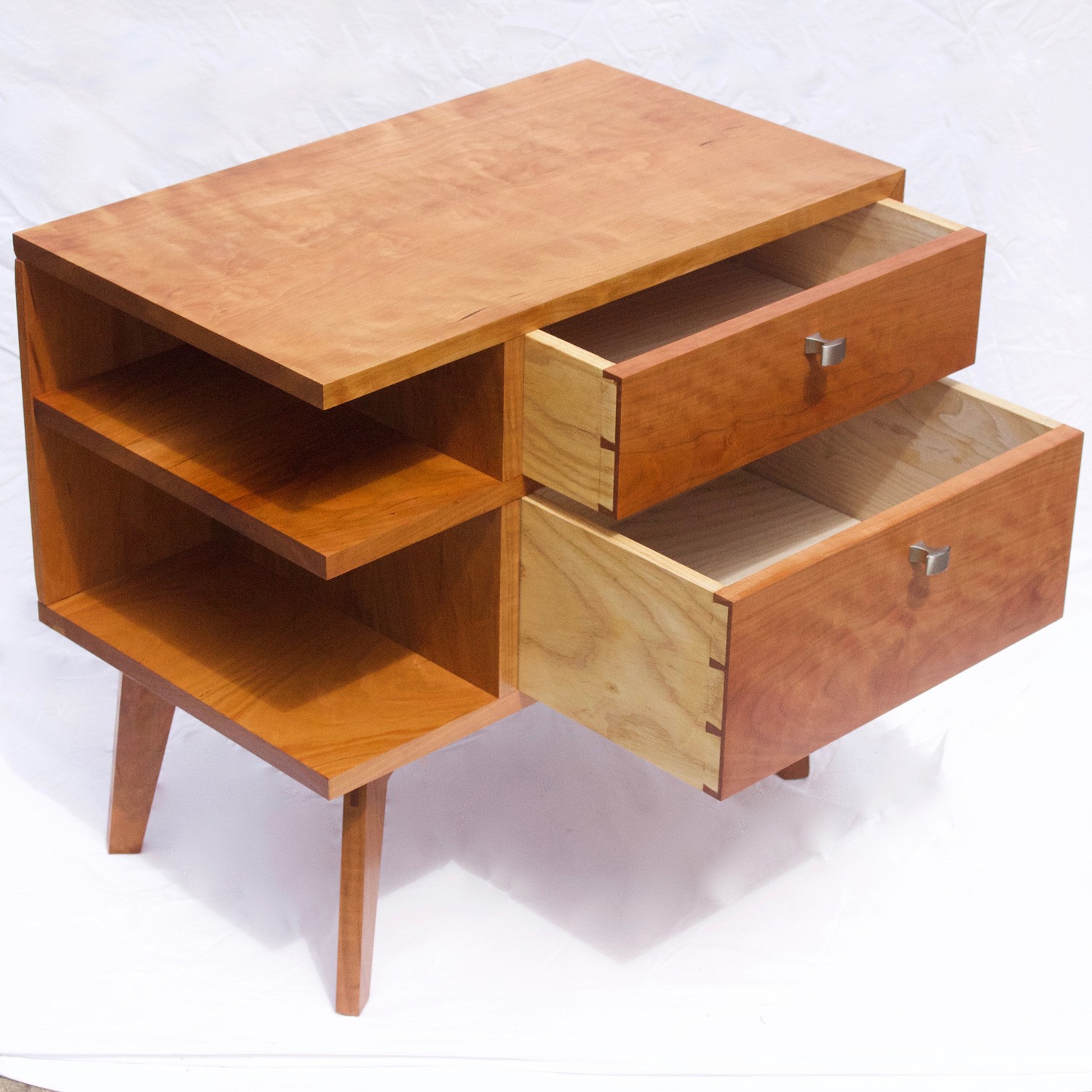 ‘WITH THE GRAIN: THE ART OF FINE WOODWORKING’

Jill Kyong’s works have symbolic aspects, incorporating rocks. Lucas Strack makes distinctive, imaginative furniture and housewares. Kent Bryant harkens to country life with his new Adirondack chair and cutting boards. John Bruhl is both designer and furniture maker. Russell Denette is a fourth-generation woodworker. All will be exhibiting their way with wood in this show at McLeod that opens Friday with a reception. The work, most of it functional, will be paired with sculpture, paintings and drawings as it would in a home. The show runs through Oct. 20. LNP 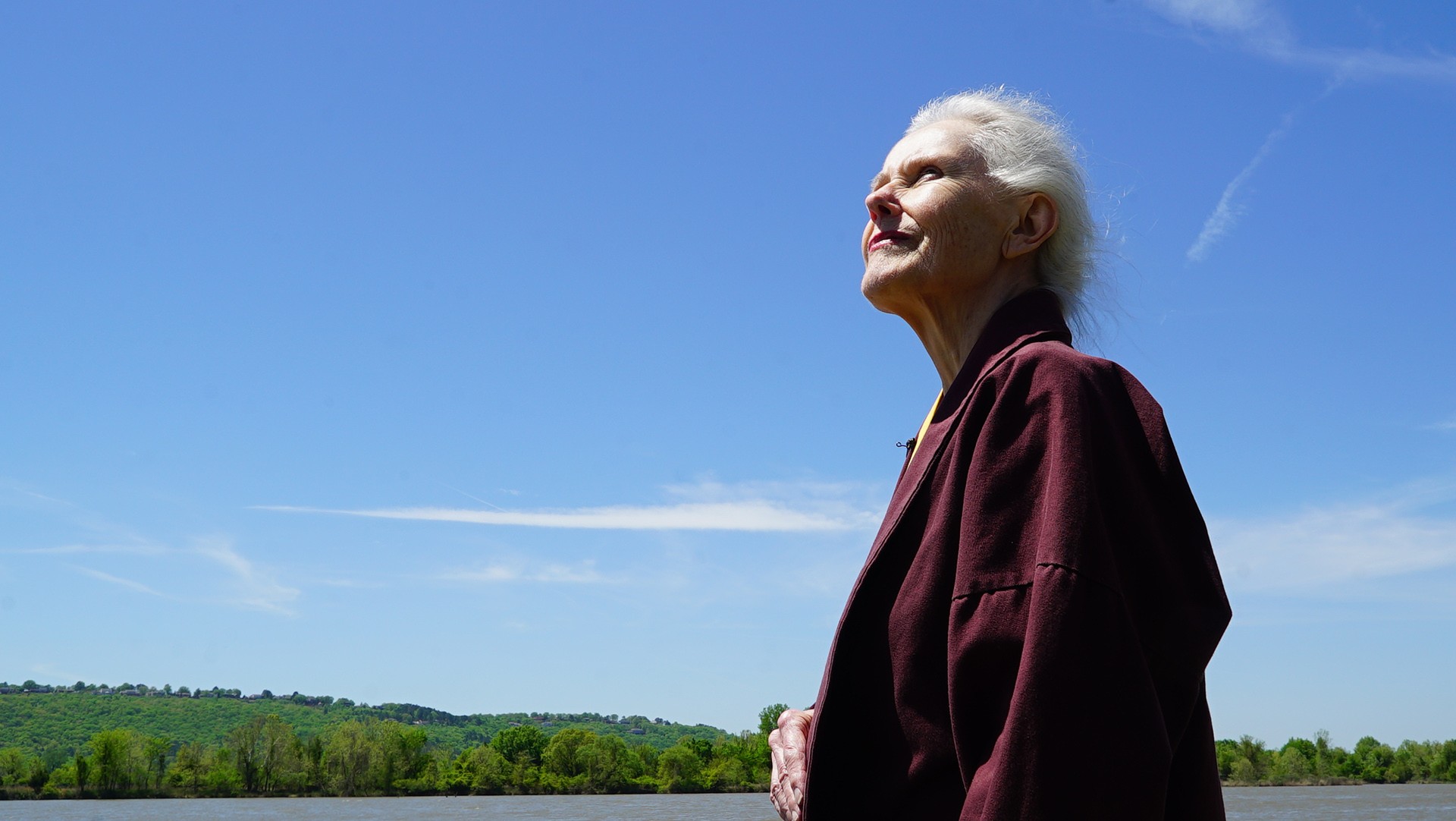 ON THE BUDDHA’S PATH: COMPASSION IN ACTION SHORT FILM TOUR

For the Buddha-curious, or maybe for those still fired up about the criminal justice system after Arkansas Cinema Society’s August screening of “Survivor’s Guide to Prison,” here’s a salve of sorts, and a way to localize that conversation. From the Buddhist nonprofit Tzu Chi Foundation and Little Rock-based prison outreach program Compassion Works for All comes this short film tour on socially engaged Buddhism. First up are three short documentaries from Director Ida Eva Zielinska: “Finding Liberation in Trauma,” which follows Rikers Island Staff Chaplain Justin von Bujdoss through his day’s work with correctional officers; “Second Chances,” the story of how Buddhist priest/former Missouri Department of Corrections Chaplain Rev. Karlene Kalen McAllister started a bakery to help recently released inmates find work; and “Ripples From Compassionate Hearts,” a spotlight on Little Rock’s own Anna Cox and how her vision of “freedom from real and imagined prisons through compassion” fuels Compassion Works For All, Arkansas’s only Buddhist prison outreach program. A panel discussion follows that block of films, with civil rights advocate and interfaith proponent Anika Whitfield; Kaleem Nazeem, a Muslim leader recently released from prison; Cliff Plegge, a prison and jail volunteer; Buddhist chaplain Kalen McAllister; and Morgan Leyenberger, executive director of a prison outreach organization and leader in the decARcerate campaign against mass incarceration in Arkansas. Dr. Jay McDaniel, religious studies professor at Hendrix College, moderates. To cap things off, organizers will screen Daniel Ferrara’s “The Peace Inside,” a narrative drama about a Chinese inmate’s experience in an American prison after being connected with a Tzu Chi USA volunteer. A Q&A and reception follow. All proceeds from ticket sales benefit Compassion Works for All. SS 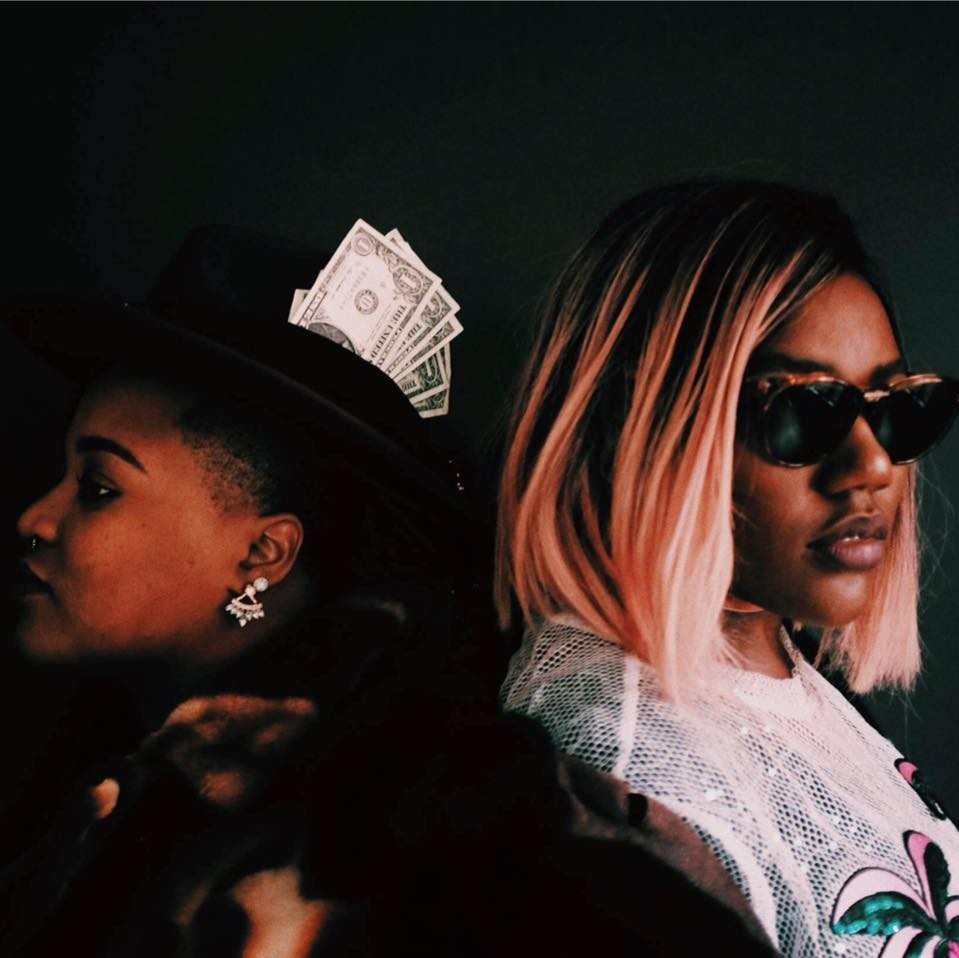 I don’t know about you, but when I have a few beers, I like to talk to my friends, listen to music and play videogames. The Walton Arts Center’s annual fundraiser for its arts education program checks all those boxes. Dozens of breweries, including biggies like Lagunitas and Goose Island, and local favorites, such as Flyway, Lost Forty and Black Apple Crossing, will be offering samples. There’ll be two stages of live music, featuring the last two winners of the Arkansas Times Musicians Showcase, Dazz & Brie and Jamie Lou & the Hullabaloo. And you’ll have a chance to play with all sorts of techy stuff, too: There’ll be stations featuring PlayStation 4 and PlayStation VR, Cox Immersive Sports VR, a Samsung 360-degree photobooth and an immersive VR bike experience, also from Samsung. LM 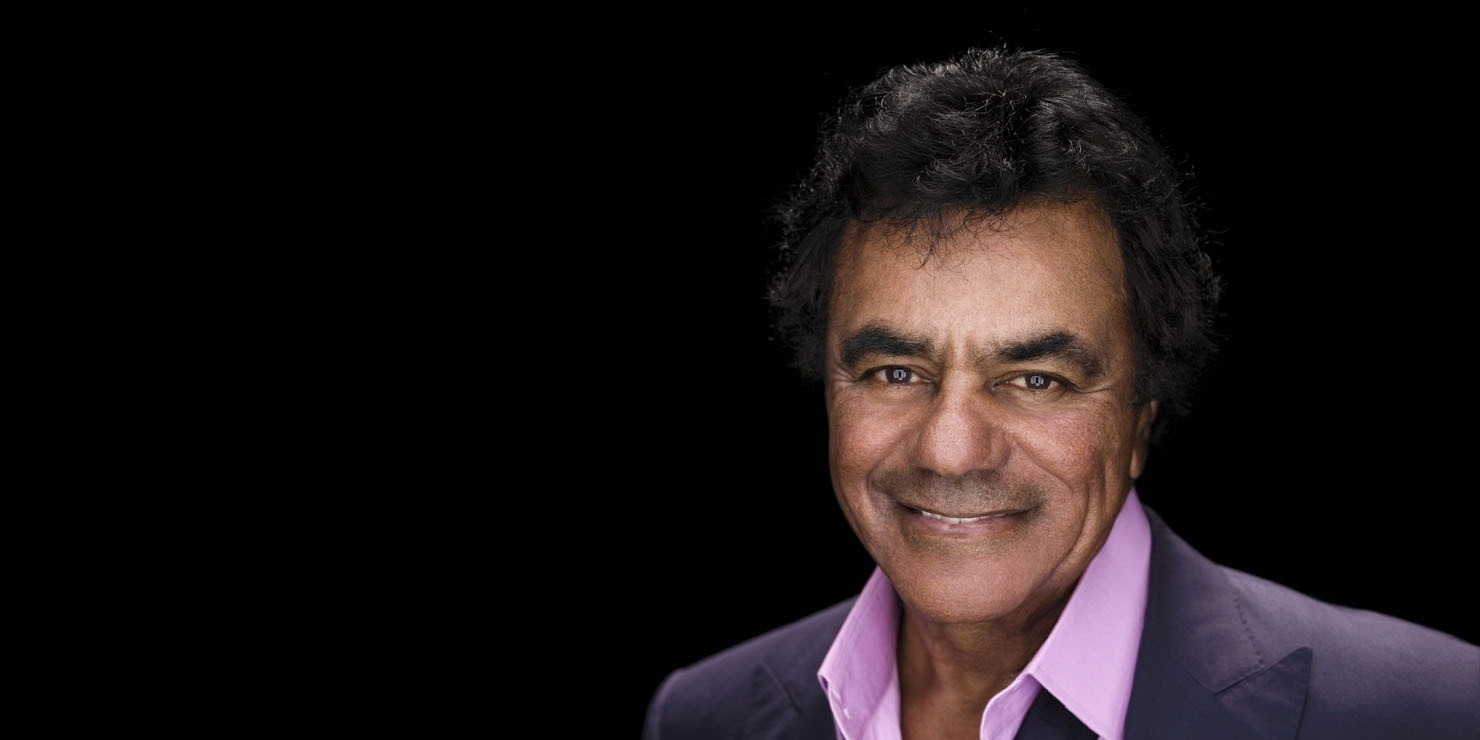 “Things take time,” Johnny Mathis said in a Billboard interview with Gary Graff in 2016. “People are stubborn about what they perceive to be the right thing or the wrong thing, and it takes a long time to filter this human condition. There’s a waiting period until people catch up. But if you have patience — which it takes when someone thinks differently from you — everybody always catches up.” Mathis was speaking, with trademark statesmanship and reticence, about his 1982 interview with Us Weekly in which he came out as gay, but I wonder if the same waiting period might have applied to Mathis’ legacy itself. How much precious energy has been spent either idolizing or villainizing Frank Sinatra — pitted against Mathis in a memorable debate from the film “Diner” — when all the while, The Chairman of the Board’s courtly, elusive counterpart was breathing life into Bacharach and lending his golden vibrato to the civil rights movement, singing at a Salute to Freedom concert in Birmingham, Ala., to galvanize momentum for the March on Washington. The balladeer is 82 now and, perhaps because of a steady early morning gym routine, is still crooning. Mathis appears at Robinson Center Performance Hall with country musician/comedian Gary Mule Deer. SS 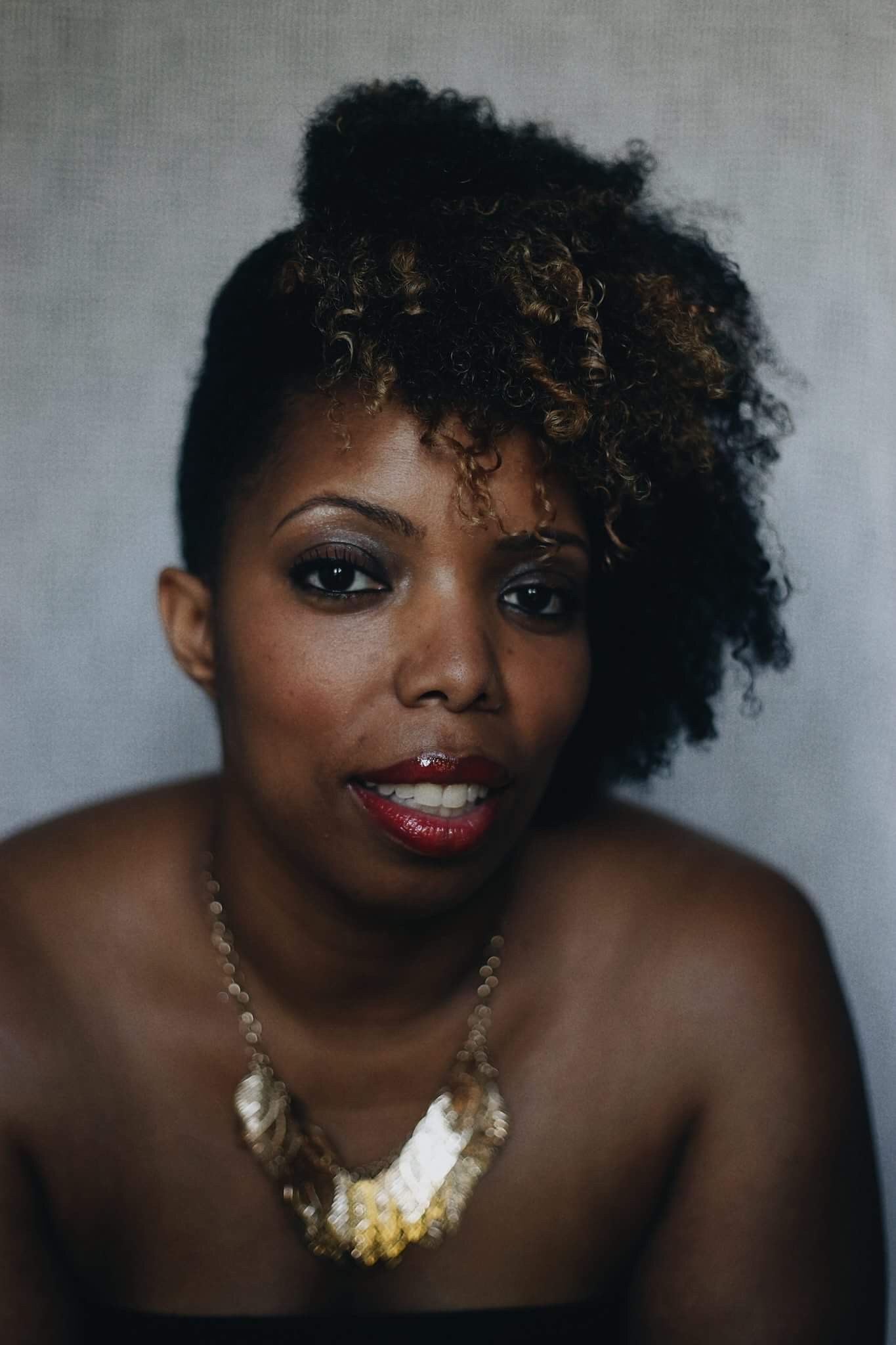 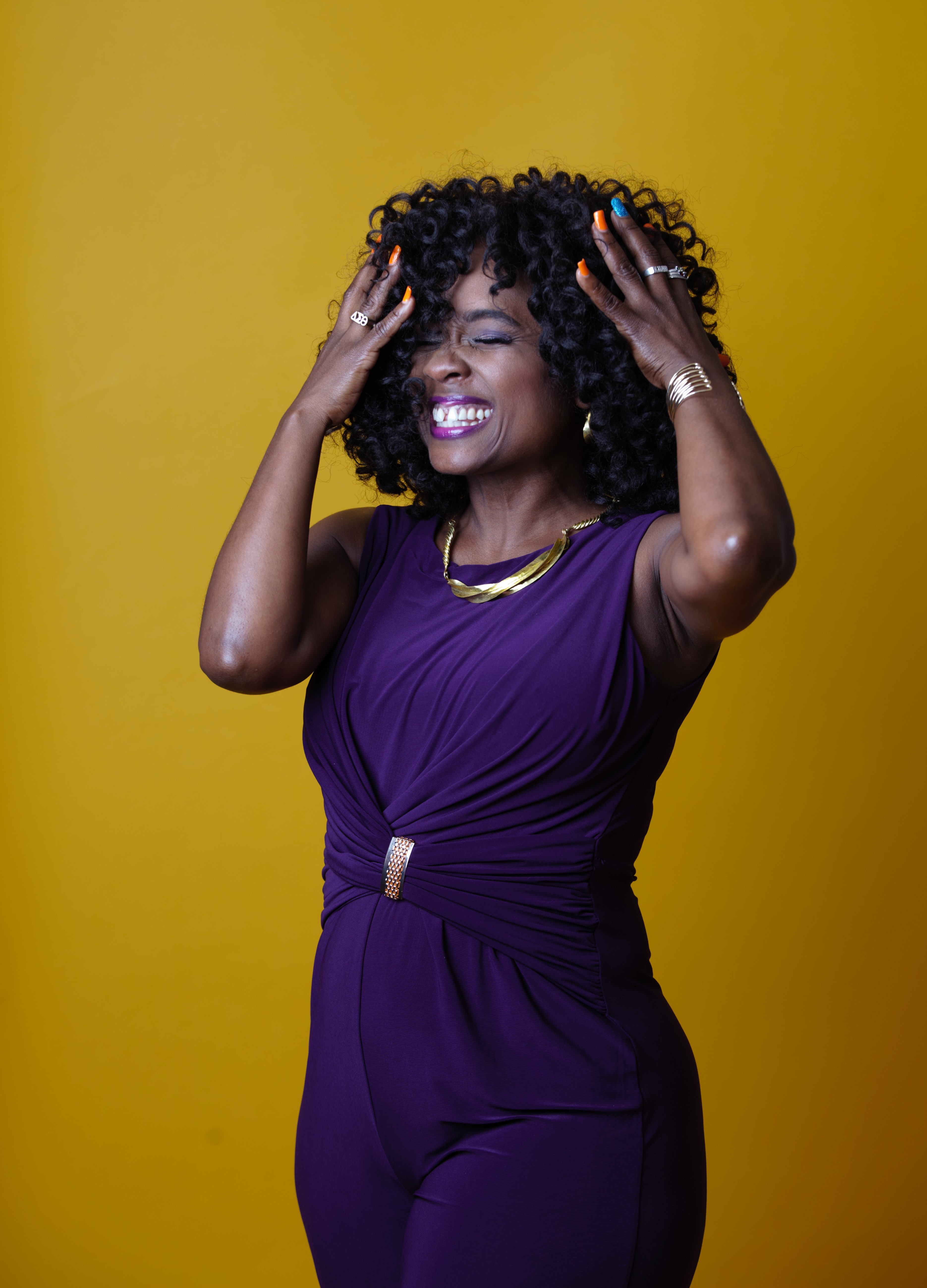 RESPECT: A TRIBUTE TO ARETHA FRANKLIN 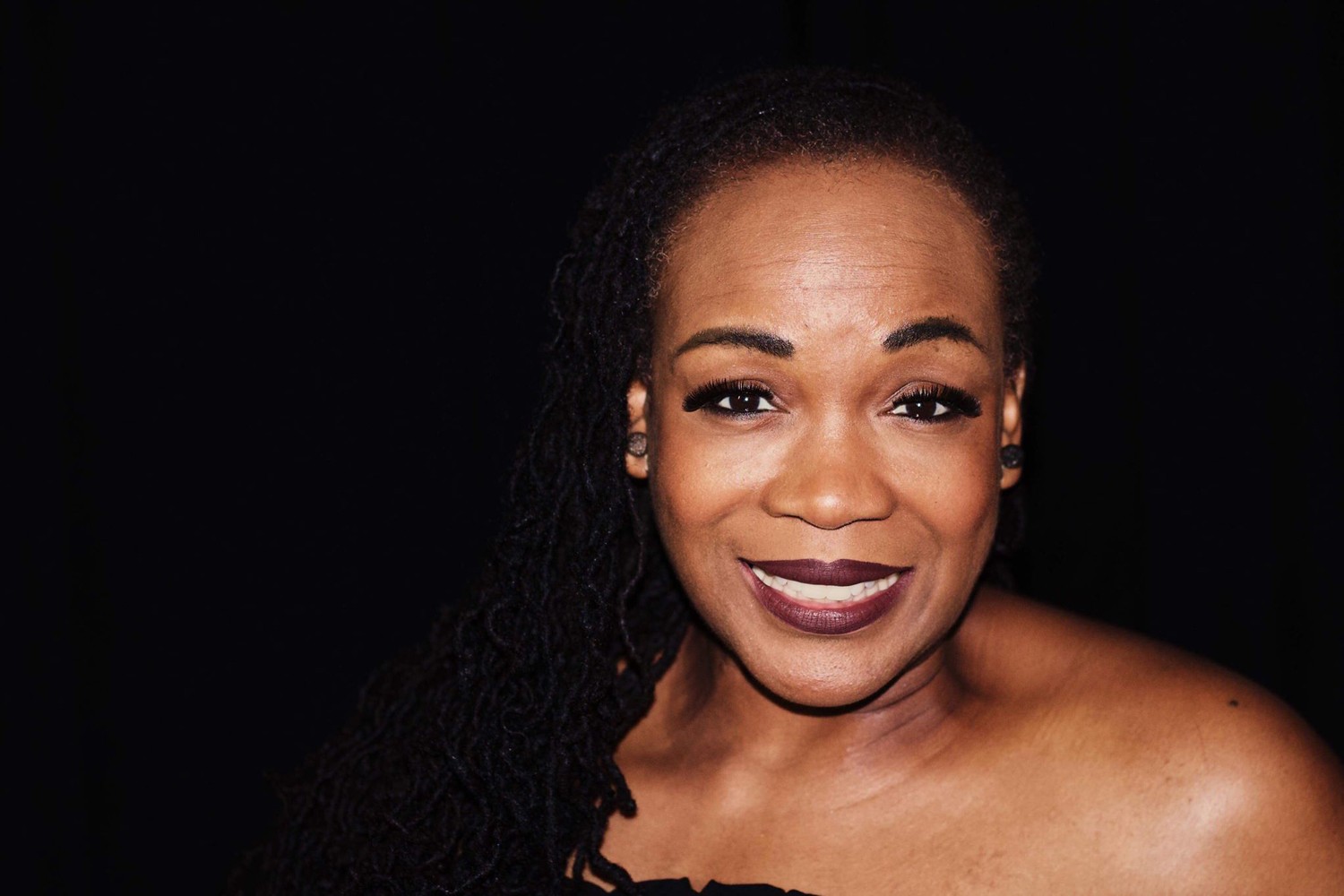 JAZZ IN THE PARK: TAWANNA CAMPBELL

Regulars at the dormant and much-pined-for Afterthought already know vocalist/educator Tawanna Campbell’s work well. Whether it’s Mary J. Blige barnburners, vaudeville standards like “Deed I Do” or the Jill Scott and classic jazz pieces she’ll sing this Wednesday night, Campbell performs with her whole body. She’s got breath control for miles and a seamless ease to her phrasing. What’s more, her collegial style on stage and energy for her collaborators (Corey Harris, Dre Franklin and Marlon Davis, for this concert) means she’s not only a welcome counterargument to a list of unflattering stereotypes about singers, but a natural fit for a jazz-leaning set, where listening is paramount. If you’ve yet to hear her sing, let us be the first to commend picking out a riverside flagstone under the golden hour’s light for this free concert. Organizers say lawnchairs, blankets, kids and pets are welcome, but not coolers; bring some cash along for beer, wine or soda. The Wednesday night series, sponsored by the Little Rock Convention and Visitors Bureau and Art Porter Music Education Inc., continues with Dizzy 7 on Sept. 19 and The Rodney Block Collective Sept. 26. SS