Jenny Lin, Aaron Diehl and Maki Namekawa, three of the world’s finest working pianists, are sharing a bill at Crystal Bridges in Bentonville this weekend, where they’ll shine light on the legacy of revered minimalist pioneer Philip Glass. Glass wouldn’t describe his music as minimal, and if any of his lush “Piano Etudes” are on the program for this concert, it’ll become clear why he eschewed the descriptor. Namekawa’s delicate, cinematic 2014 interpretation of the set leapt to the top of the 2014 classical charts, and Lin, another collaborator of Glass’, recorded the same etudes in 2017, about which she said: “Some of them are very much like Chopin etudes, some are Lisztian with a lot of octaves and big chords, some are very Debussy and some even Scarlatti-like. They’re all really different, but of course, the language is Philip Glass.” (Side note: Check out Arkansas Times contributor Katy Henriksen’s conversation with Lin at kuaf.com, recorded in preview of this concert.) And, while Aaron Diehl — who visited Little Rock in 2015 as part of the Oxford American’s jazz concert series — might not seem an obvious match for Glass’ repertoire, a quick listen to Etudes No. 9 or No. 10 should reveal exactly why a jazz virtuoso belongs on a program of Glass’ works for solo piano. Namekawa, Diehl and Lin perform in the museum’s Great Hall as guests of the Van Cliburn Concert Series. See crystalbridges.org or call 479-657-2335 for tickets. 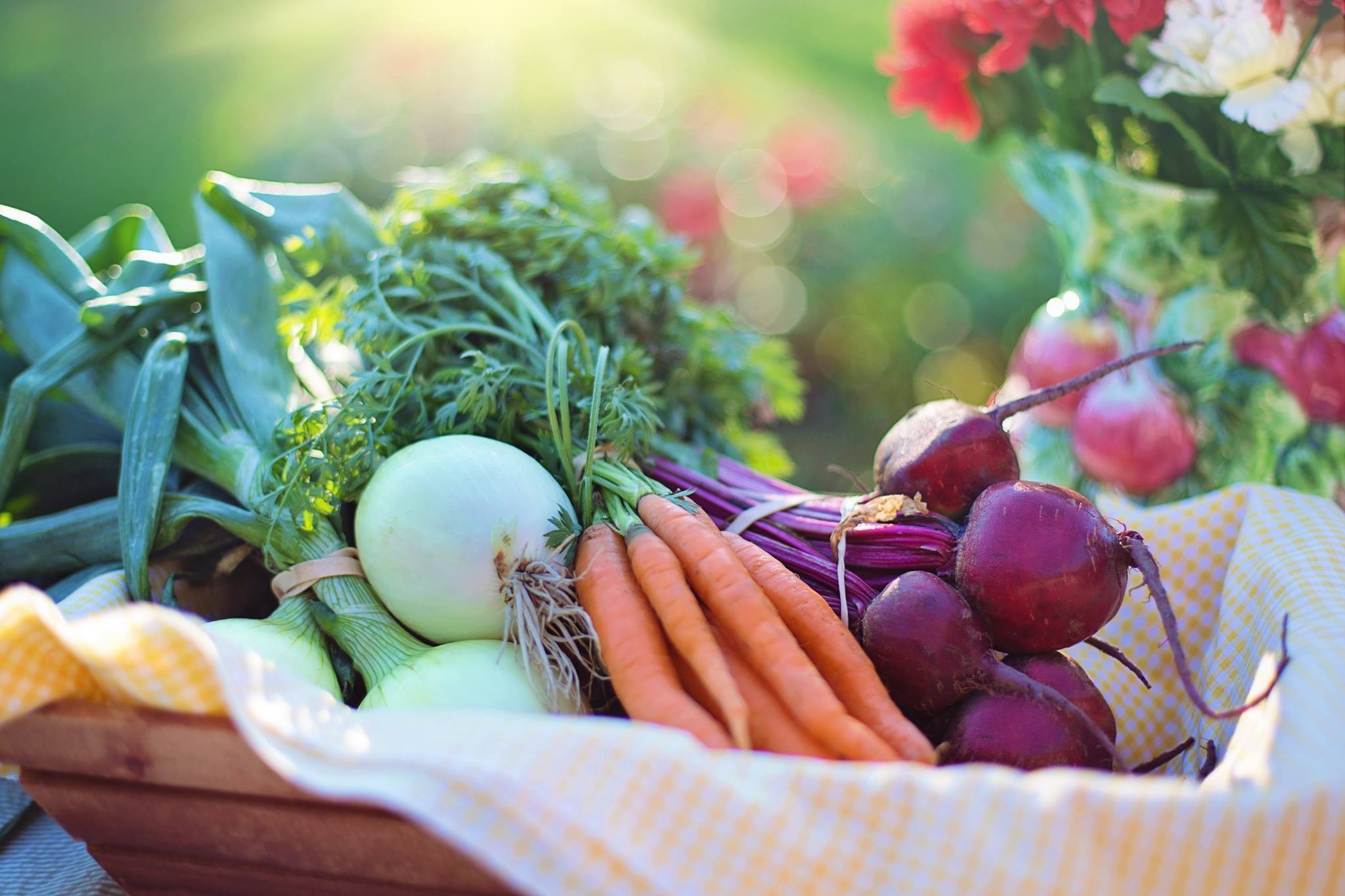 THE YARN: VOICES FROM THE FIELD

Even if it weren’t, say, a year in which soybean futures and hog farm permits had routinely made the headlines, we’d still have plenty of reasons to stop what we’re doing and listen to the farmers that feed us. The Yarn does exactly that in “Voices from the Field,” a collaboration with Heifer International presenting, a press release states, an evening of “tales that define the innovation, tradition, history and science involved in making Arkansas’s biggest economic engine run in the 21st century.” Local food, appropriately, is on the menu, prepared by The Root Cafe, alongside a donations-based bar. “There are so many different angles to agriculture in Arkansas,” The Yarn’s Sara Brown said, “from vegetables and livestock to row crops. All play an important role in our food systems. Food has always been a gathering place for people. We look forward to the community joining us and sharing delicious local food and the power of story.” Visit theyarnstorytelling.com/shows for details and tickets. 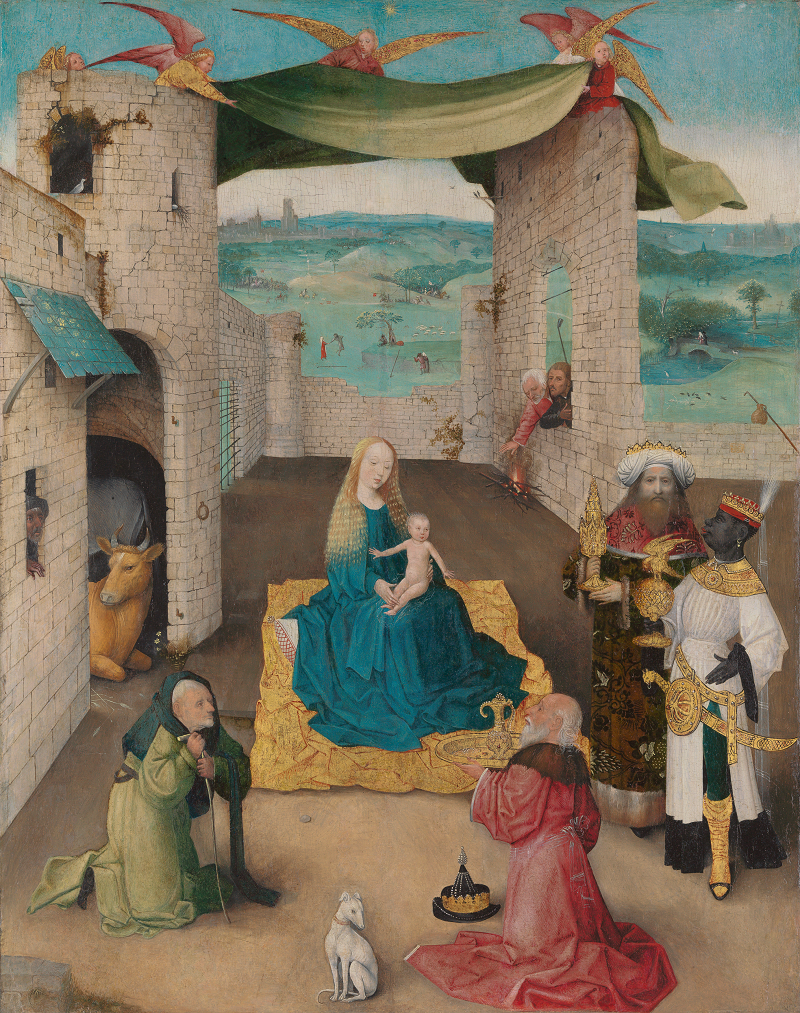 ‘AMAHL AND THE NIGHT VISITORS’

From seasoned vocal ensemble Praeclara comes “Amahl and the Night Visitors,” the first opera ever commissioned for television, and composer Gian Carlo Menotti’s placeholder in the world of holiday Christmas programming. Based on Hieronymus Bosch’s 16th century triptych “The Adoration of the Magi,” Menotti accompanied the original cast recording booklet with a personal note about its origins: “This is an opera for children because it tries to recapture my own childhood. You see, when I was a child I lived in Italy, and in Italy we have no Santa Claus. I suppose that Santa Claus is much too busy with American children to be able to handle Italian children as well. Our gifts were brought to us by the Three Kings, instead.” Menotti went on to say that his move to America had erased much of his memories of the Three Kings until, under deadline and experiencing writer’s block, he happened upon Bosch’s painting in the Metropolitan Museum, where he says he “heard again, coming from the distant blue hills, the weird song of the Three Kings. I then realized they had come back to me and had brought me a gift.” Menotti’s opera is the centerpiece of Wildwood’s Winter Festival, 6:30-9:30 p.m. Friday; 2-5 p.m. Sunday, which bookends the performance with the singing of Christmas carols, mulled wine, hot cocoa and refreshments in Wildwood’s South Lobby. 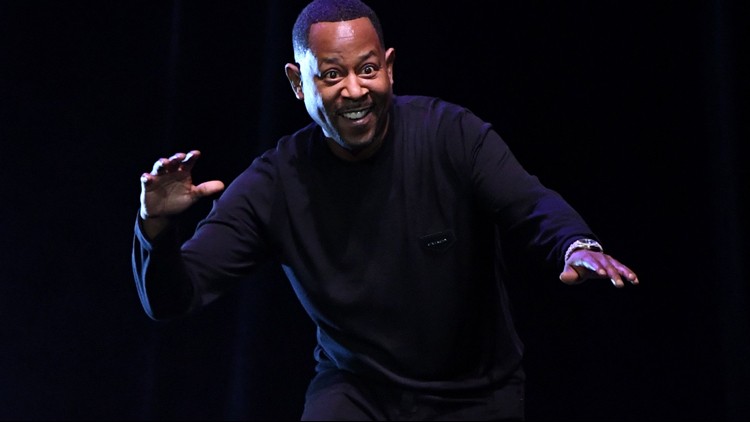 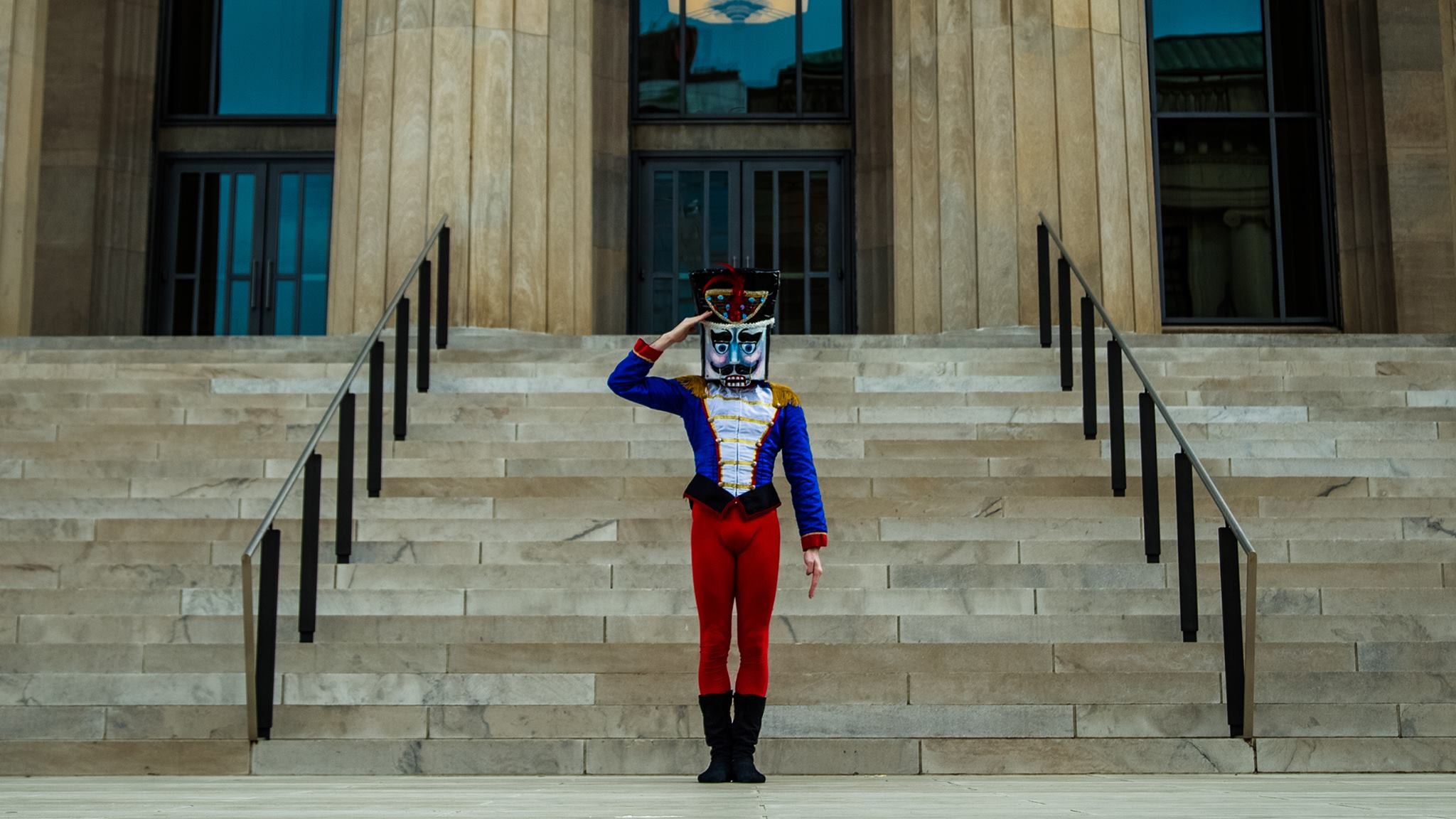 The collaboration that keeps many of the town’s professional musicians humming “The Dance of the Sugar Plum Fairy” until New Year’s Eve turns 40 years old this year. Accompanied by the Arkansas Symphony Orchestra, Ballet Arkansas joins nearly 200 local children and adults for a perennial performance of Tchaikovsky’s ballet “The Nutcracker.” Choreography for the two-act ballet’s tableaux has been updated for the anniversary, and it’s the one glorious time of year the tinkling gossamer sounds of the celesta get center stage, sonically speaking. See balletarkansas.org for tickets. 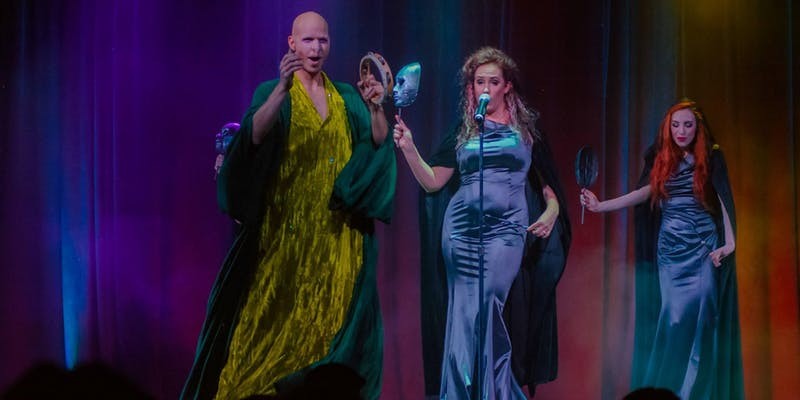 Surely you didn’t suffer under the delusion that a “Granger/Lovegood 2020” tee or a Potter-themed cruise around England marked the point of highest retail saturation for the J.K. Rowling empire? There’s plenty of Harry Potter turf left to shake a phoenix feather at — namely, late-night cabaret. In this tour from variety show troupe Her Sins, the Wizarding World gets a saucy tribute by way of “a star-studded cast of burlesquers, interactive routines, comedy, drag performances, live singing, large props and sideshow acts,” ticketing sites portend. Potter Trivia, raffle prizes, photo opportunities, games and, of course, a costume contest are part of the festivities, too, giving you a rare post-Halloween chance to recycle that Hermione look. Diehard Potterheads: See latenightdisco.com for reserved seating options, $15-$25. And, if this midnight show at Disco is past your bedtime, catch the Holiday at Hogwart’s added stop at Maxine’s in Hot Springs, 7 p.m. Sunday, $15 ($35 VIP). 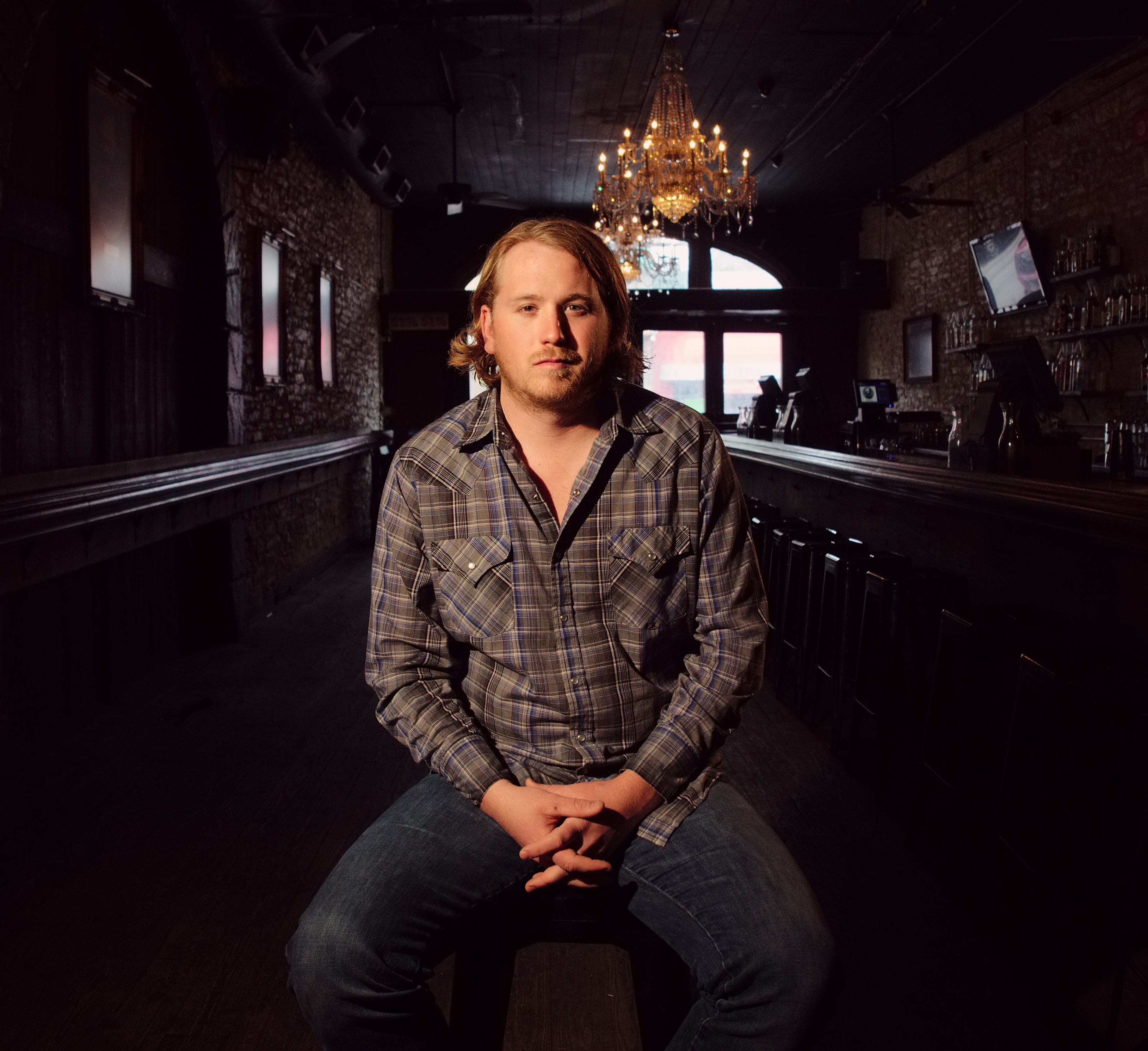 Some folks’ country music tastes lean toward dance hall anthems. Some skew toward the writerly, Bluebird Cafe types. You could say William Clark Green straddles the fence. The biting lyricism of “Poor,” a tune from Green’s August 2018 release “Hebert Island,” is perfectly suited to a quiet acoustic stage, with its origin story (an isolated shipping container on Green’s family’s land in a swampier corner of Texas) providing perfect fodder for introspection and exposition. Conversely, his band’s raucous 2016 live recording at the ancient Gruene Hall translates as an assembly of late-night troublemakers in a giant sing-along session, no doubt lent grit and atmosphere by its hallowed setting: “The building is wood, shiplap floors and they creak and move — the whole building shakes,” Green told Rolling Stone that year. “There’s no AC. Beer and wine only. It’s the Texas music mecca, a 700- to 800-capacity room, standing room, and picnic tables.” It’s that latter vibe I imagine will hold sway at Rev Room this Saturday during Green’s rock-country hybrid set, though presumably the floors will hold their ground and you’ll still be able to order a gin and tonic if it pleases you. 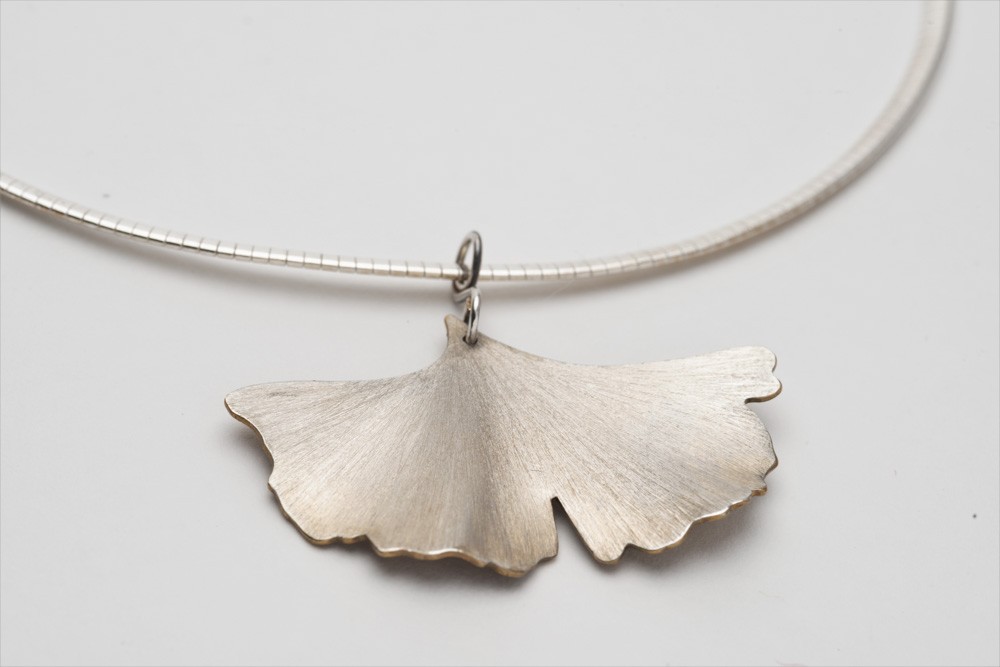 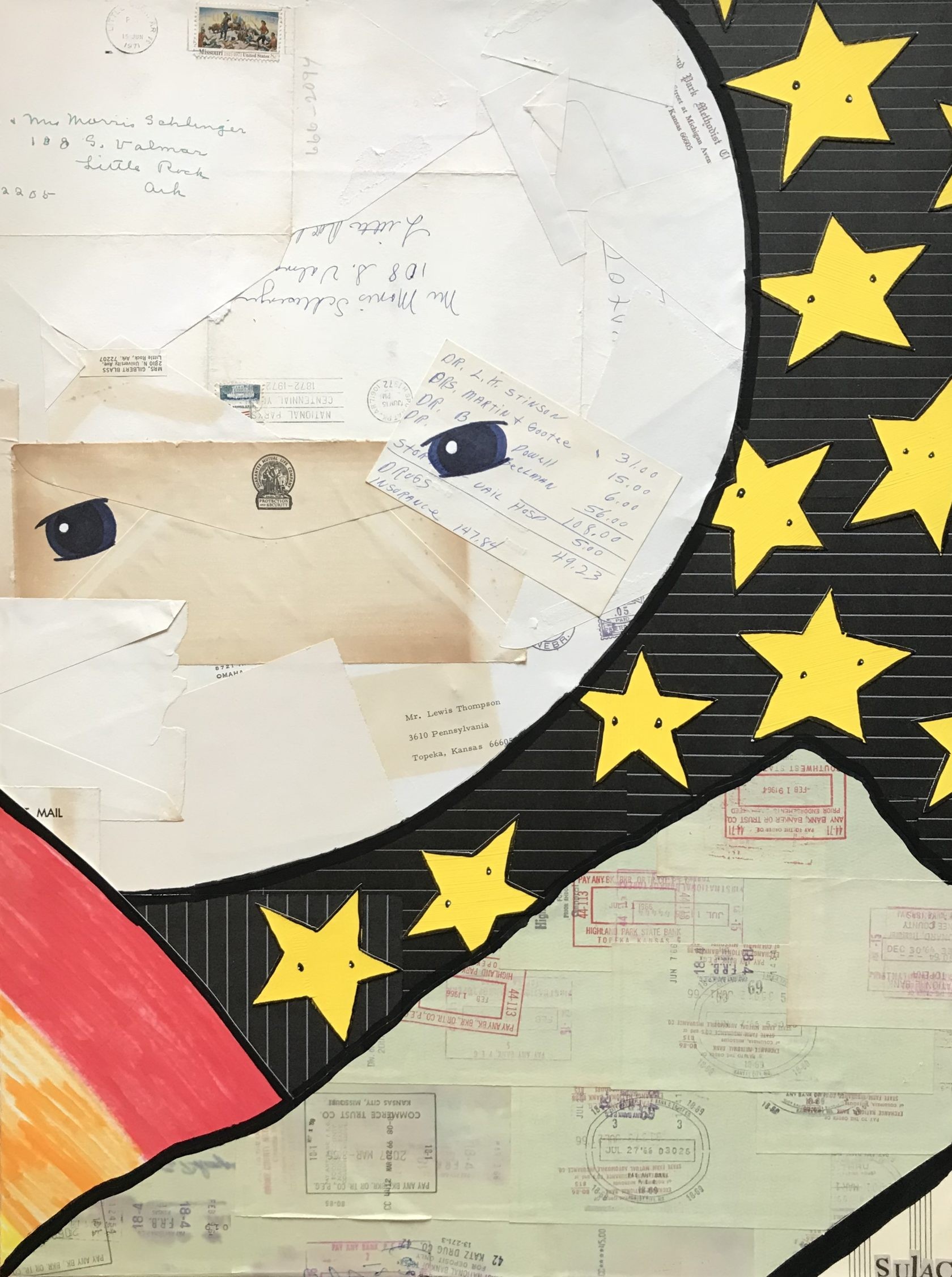 Look, you are no doubt being bombarded with gift ideas from every corner of the internet, but if your shopping plan doesn’t involve a pint of Ice Day Arkansas Winter IPA brewed with caramel malts, are you even doing it right? This Saturday, dozens of Arkansas makers convene at Lost Forty’s taproom (and ground zero for Sorghum + Black Pepper Pecans) for the Little Craft Show, an indie market with pieces that range from adorable (a la Loblolly Creamery’s oversized marshmallow cubes) to creepy (a la Memphis-based Babycreep’s eyeless, gold-lipped incense burners) to so-adorable-it’s-creepy (a la Sulac Art Stuff’s “acid reflux” stickers and baby shark magnets.) The collective’s been facilitating the sale of handmade art since 2011, and it will gather in Little Rock for a few hours this Saturday afternoon, with goods from the aforementioned creatives, chocolate from Kyya Chocolate in Elm Springs and Markham & Fitz Chocolate from Bentonville; drag-inspired jewelry from Myriad of Mischief’s Myriam Saavedra; Fouke Monster tees from ArkieStyle; fuzzy knit hats from Quiet Life Knitwear; vivid print clutches from Eden’s Wake; a hand-drawn “Backyard Hens” calendar from Azul Home; clay art from Beach Pots; eco-friendly soy candles from Untamed Supply; and more. See thelittlecraftshow.com/little-rock-winter-makers for a full list of vendors on-site this weekend. 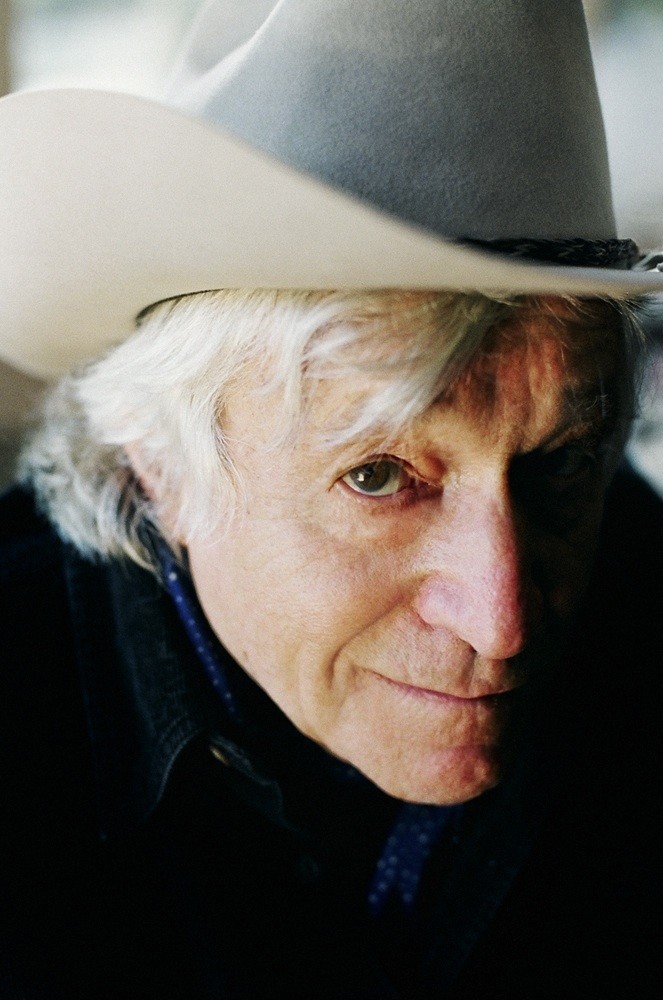 When news that one of folk music’s forefathers — the man Bob Dylan called “King of the Folksingers” — was coming to town, the show sold out so quickly a subsequent night was added. Now 87 and living in California, Ramblin’ Jack Elliott’s got a National Medal of the Arts and more than one Grammy to his name, but maybe even more impressive are the lasting connections he’s formed with his mentors and pupils alike — Leadbelly, Big Bill Broonzy, Odetta (whose mother bestowed Elliott with his nickname), Guy Clark and longtime collaborator Woody Guthrie, at whose bedside Elliott met Dylan. To hear Elliott in the same venue frequented by the president who named him a National Medal of the Arts recipient — on the same stage that’s held up Billy Bragg and Adia Victoria and John Moreland alike — is to hear American folk music straight from the headwaters. See the “tickets” link at lastchancerecords.us for tickets. 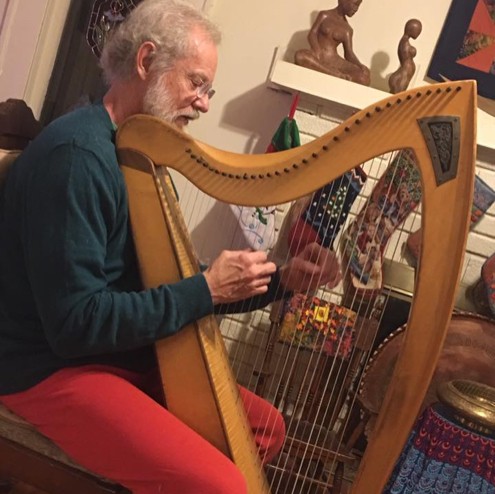 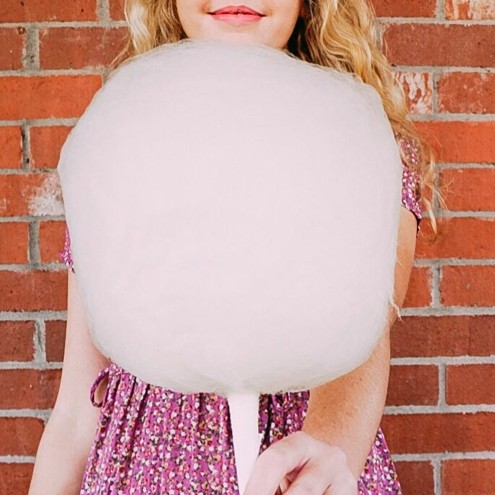 Open-air Christmas markets are a staple in European towns like Strasbourg and Brussels during the winter months, and Conway’s flagship Eastern European restaurant Wunderhaus is leading the charge on its own Faulkner County version, to feature music from Lark in the Morning, Conway High School’s Crunk Crew, the Conway Institute of Music and, at 5 p.m., the trombone ensemble from the Conway Symphony Orchestra. A “Wunderkind” kids corner is from noon to dusk for photos with Santa; story time with Mrs. Claus; life-sized tic-tac-toe, checkers, and jenga; a craft booth for making homemade journals; and an interactive drum circle led by The UCA Community Institute of Music. There’s a free gift-wrapping station so your gift recipients never get hip to the surprises in store, which might come from any of the following vendors on site: Zeteo Coffee, Fiercely Created Cross Stitching, Farm Girl Meats, a honeybee farm called Rural Route, YoYo Originals skincare and makeup, Bell Urban Farms, Baxter’s Apiary, American Jane Vintage, Lemon + Puf’s organic cotton candy, Ohm Made Meditation Creations, MBR Woodworks, Independent Living Services, Streetside Creperie and more. Plus, if you haven’t yet tried the beloved Wunderhaus fare, the restaurant will be in the mix with handmade pretzels, currywurst, bratwurst, Belgian yeast waffles, soups and holiday beverages. See conwaywintermarket.org for details. 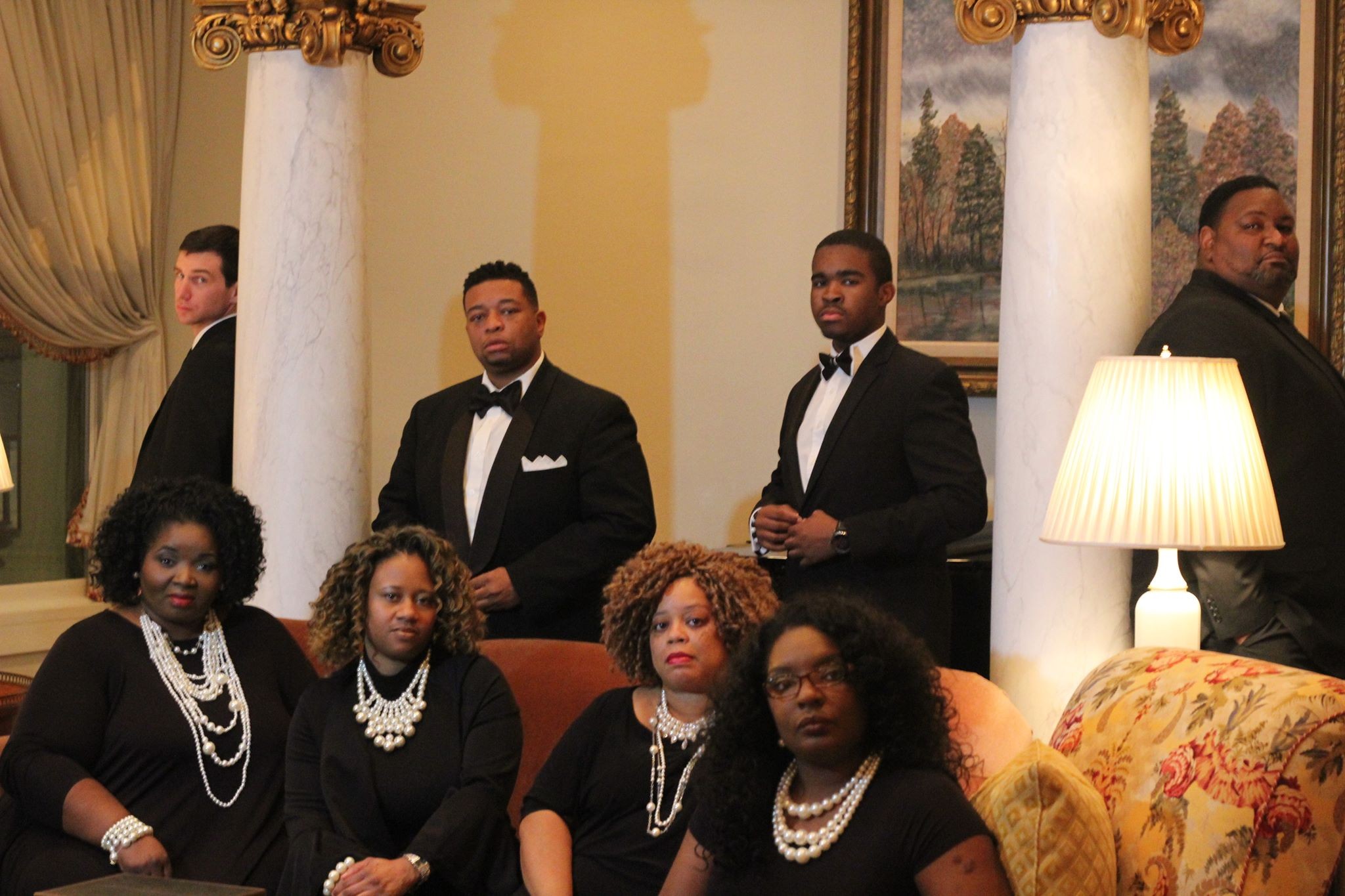 ‘Tis the season for sacred repertoire, and the voices of Psalm 150 are making good on that tradition at this week’s “Sessions” concert, curated this month by pianist/composer John Willis. The ensemble’s namesake scripture invokes a joyful noise — “Praise him with the clash of cymbals, praise him with resounding cymbals, Let everything that has breath praise the Lord!” — and video footage of Psalm 150 in worship services reveals no shortage of breath nor resounding cymbals. Vocalists Karliss Chapple, Valarie Foster, Rhianna Williams, Heather Newburn, Arvye Pettus and Brent Foster II join founder Christopher Watkins and the backing band — Dionte Watkins, Andre Robertson and Read Admire — for a holiday gospel concert at South on Main. Call 501-244-9660 to reserve a table.