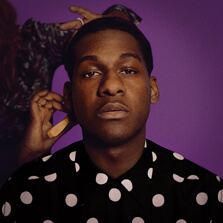 Leon Bridges didn’t live a day in the 1960s. He’s only 29. It’s clear, though, that his sounds are in and of that era — full-on soul nostalgia, with chords and crooning that consistently draw comparisons to Sam Cooke and Otis Redding. Those refreshingly old-school vibes found on his first album, 2015’s “Coming Home,” earned him a Grammy nod for Best R&B Album and later catapulted him to household name-level, with hits on the 2015 film “Concussion” and the HBO series “Big Little Lies.” But it seems he’s had it with the comparisons. As he told Esquire magazine last year, “I’m more than retro soul music.” In 2018, the Fort Worth native dropped his second studio album, “Good Thing,” in which Bridges toys with more contemporary moments. With soul ever the foundation, Bridges’ sophomore project boasts a gutsier sound, but one “Coming Home” fans can still sway their hips to. U.K. pop singer Jess Glynn, widely known for her feature on Cambridge dance outfit Clean Bandit’s “Rather Be,” joins Bridges for this tour. Tickets are available at waltonartscenter.org/amp. SH 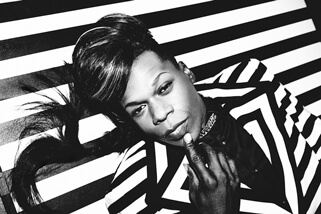 There are, as I see it, exactly two things that should calm your nerves about the state of America in 2019. The first is the assemblage of moxy and brilliance in the biographies of the 20 high school seniors who made the roster of the Arkansas Times’ Academic All-Stars this year, profiled in our April issue. The second is the fact that a queer black chorister from Louisiana’s Orleans Parish can grow up to be a bona fide It Girl of the creative scene, sowing frenetic revelry and sexual liberation through bounce music like a gender-fluid Johnny Appleseed. In the wake of Katrina’s destruction, Big Freedia became a de facto symbol of NOLA’s grit and verve, and her call-and-response anthems served as soundtrack for a community hungry to reclaim its own sense of place. God save the Queen Diva, and God help anyone who misses this springtime bounce bacchanale. SS

As we ponder the ways in which we are destroying the beauty of nature and human habitat, the exhibition opening May 25 at Crystal Bridges Museum of American Art should give us a little background in America’s regard for and interaction with the environment for the past 300 years. “Nature’s Nation,” curated by the Princeton University Art Museum, will feature paintings, photographs and installations, from Alfred Bierstadt’s 1871-73 painting of Bridal Veil Falls in Yosemite to Valerie Hegarty’s 2007 “Fallen Bierstadt,” a burned and melting copy of the painting on foam core and paper mache. The 100 works of art in the show were pulled from 70 collections and include pieces by 19th century artists Charles Willson Peale, John James Audubon and Thomas Moran; 20th century artists Frank Lloyd Wright, Dorothea Lange, Ansel Adams and Ana Mendieta; and contemporary artists Jaune Quick-to-See Smith, Kent Monkman, Cannupa Hanska Luger, Alexis Rockman, Mierle Laderman Ukeles, Walton Ford, and the artists’ collective Postcommodity. A member preview is 11 a.m. to 9 p.m. Friday, May 24. The show runs through Sept. 9. For $16, nonmembers can get tickets to both “Nature’s Nation” and a show opening in June, “Color Field.” LNP 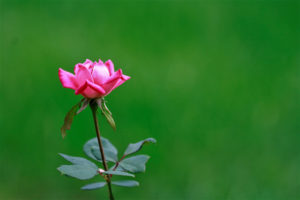 Celebrated Latina playwright Karen Zacarías’ comedy “Native Gardens” may appeal to you if you are interested in witty cultural commentary, art that critics call “woke,” Latinx art or eavesdropping on neighborhood dramas on Nextdoor. Here, bad fences make bad neighbors, and a dubious property line calls into question the ownership of a prize-winning flowerbed. Zacarías, one of the most produced playwrights in the U.S., is also founder of the Young Playwrights’ Theater — hailed as one of the best arts education programs in the U.S. — and was selected to receive the 2019 Lee Reynolds Award that recognizes women in theater who “help to illuminate the possibilities for social, cultural or political change.” MM

Nashville, Tenn., native Bea Troxel’s “The Way That It Feels” is a tender little universe of an album: delicate without being saccharine, lovely without losing its element of surprise. “Talc,” for one, is enough to permanently restore faith in the power of an arresting, dead simple bridge. Just when the song’s sweeping guitar arpeggios and pillowy harmonies have your ear under their spell, Troxel takes a hard left, blurting out the question the song’s narrator has been meticulously avoiding: “Love, do you have use for me?” Titles like “Delta” and “Whiskey and Wine,” not to mention Troxel’s inimitable vocal mannerisms, bind the record to a Southern landscape, but if it’s a “Southern” record, it’s unpredictably so — Southern in the way, say, that Adia Victoria’s music is “the blues.” In that way, file this one between Bonnie Montgomery’s “Forever” and Melissa Carper/Rebecca Patek’s “Brand New Old-Time Songs.” For this intimate listening room concert in the basement of a 180-year old church, Troxel is joined by Hannah Dorfman on cello and Austin Gray on guitar. SS

Patrick McFarlin is an expat Arkansas artist whose travels took him west to New Mexico and California and whose talents took him farther, into pop sculpture; “manic- expressionist” painting; landscape; sometimes naive, sometimes neo-Munchean portraiture; surreal narrative. He’s back in Arkansas with a “lifetime of work,” as he puts it, in an exhibition in Concordia Hall at the Roberts Library (formerly the Arkansas Studies Institute) May 10-Aug. 23. McFarlin, who shared a studio with abstract expressionist Sammy Peters in the 1980s and now lives in Santa Fe, N.M., says in the artist’s statement he’s prepared for the exhibition that he’s “pulled a deep tangle of history and memory thick as Delta kudzu through New Mexico to the Bay Area, then back to New Mexico, juggling the light and dark along the way.” His detour habit has taken him today to the serious, comic “circus on the streets.” Also at the Butler Center: The volume “Picture It Painted — Fifty Years of McFarlin Oil,” 275 images of McFarlin’s work and essays by art writers. LNP

This is the big one. Mahler’s Fifth not only contains the composer’s most famous passage, but marks a sharp shift for the late-Romantic conductor — one from the world of song and folk melody to pathos and cinematic drama. Never one content to orchestrate a singular emotion or experience, Mahler, with “Symphony No. 5,” scrambles to capture the entirety of the human condition, starting with a single trumpet voice for a funeral march in that most treacherous of key signatures — C-sharp minor — and exploding into a colossal tempest. In an interview with NPR’s “Weekend Edition,” powerhouse conductor Marin Alsop says of conducting the piece: “It’s almost like being sucked into a vortex. It’s a trancelike experience.” So, too, I imagine it will be for audiences, one of Arkansas Symphony Orchestra’s last under Maestro Philip Mann’s baton. Fitting it is, too, that one of Mann’s longtime collaborators, Michael Fine, adds his voice to this concert, premiering his “Concerto for Oboe Section” with ASO oboists Leanna Renfro, Lorraine Duso Kitts and Beth Wheeler in the spotlight. SS 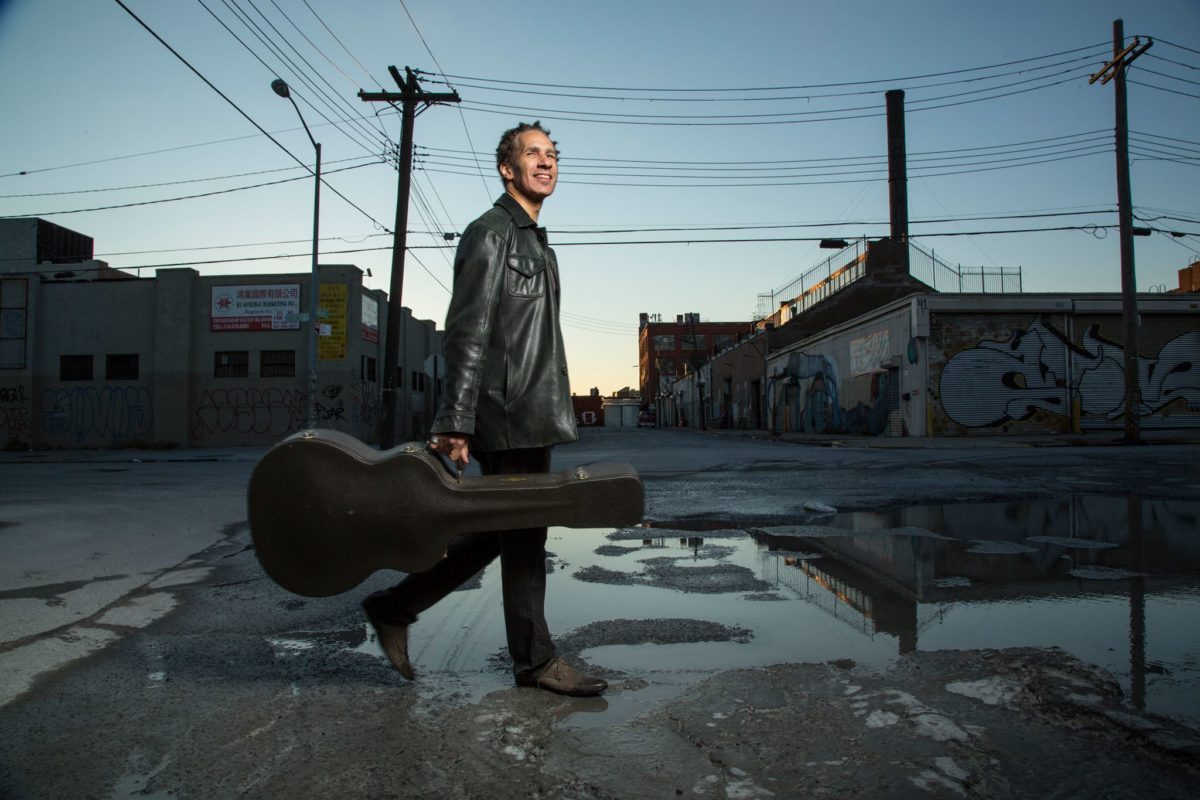 In case you missed it, seven-string guru Ted Ludwig is curating a new jazz series at what may very well be the best listening room in town: The Joint in historic downtown Argenta. David Gilmore’s widely considered a risk-taker and a chameleon in the jazz world, ever at the service of the song, whether he’s trading licks with Wayne Shorter (Art Blakey’s Jazz Messengers, Weather Report) or backing revered contraltos like Cassandra Wilson or Mavis Staples. Gilmore’s solo work mingles musical philosophies; he’s just as likely to base a rhythm on an Indian raga as on the Pythagorean theorem. So when your search engine brings up a list of Pink Floyd tunes and asks you “Did you mean David Gilmour?” give it a “No, I did not, thankyouverymuch,” and dig into this Massachusetts native’s motley catalog. Tickets are available at jazzatthejoint.org. SS

Enough comparisons are made between these two particular bands already; it’s only natural they should share a bill. The pairing isn’t so much about the fact that they sound alike, either. They don’t — save, perhaps, for a shared affinity toward multiple intra-song time signature changes. It’s that the two groups are, to borrow a term from Adventureland’s self-description, similarly “good-natured.” Adventureland, with its affable game of musical chairs and effortless synchronicity, operates here as the sugar to Couch Jackets’ strange brew, one that surprises the ear as much as it does the eye, thanks to an abundance of collective energy and physicality. Bera Bera shares the bill. SS 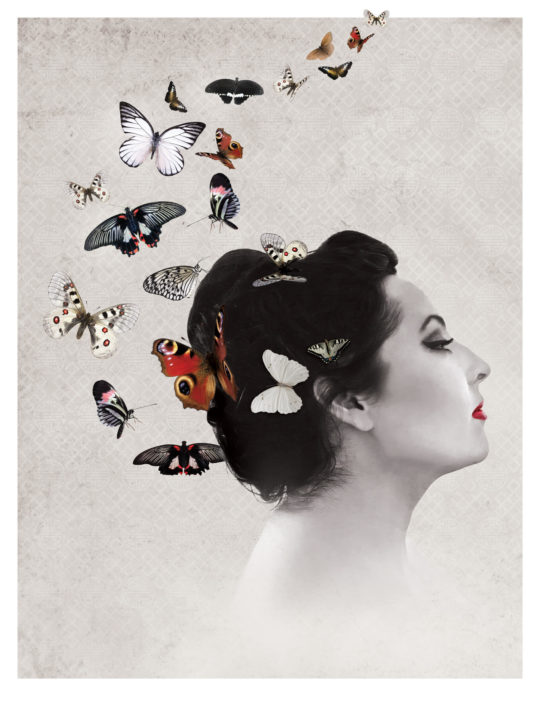 Without a riveting soprano, you do not have a “Madama Butterfly.” With one like Francesca Mondanaro at the top of your cast list, your “Madama Butterfly” will ruin the eyeliner and wreck the psyches of your audience members in one fell swoop. (That swoop has a name, actually — “Un bel di vedremo.” Second act. Can’t miss it.) Puccini’s title role is demanding enough to be considered a rite of passage for singers, and Mondanaro is beautifully equipped for it, with a leviathan of a dramatic soprano voice and a technique that draws upon the Italian Swedish singing school, the same school of thought that gave us Birgit Nilsson and Kirsten Flagstad. For Opera in the Rock’s performance of the tragedy set in Nagasaki, Japan, Mondanaro will be joined by Daniel Foltz-Morrison, Sarah Stankiewicz Dailey, Theodor Carlson and Tania Kelley, a 15-year-old making her operatic debut. David Ward — a basso buffo with a marvelous eye for painting a picture on stage — directs, and pianist Gio Antipolo serves as orchestra. Get tickets at oitr.org. SS 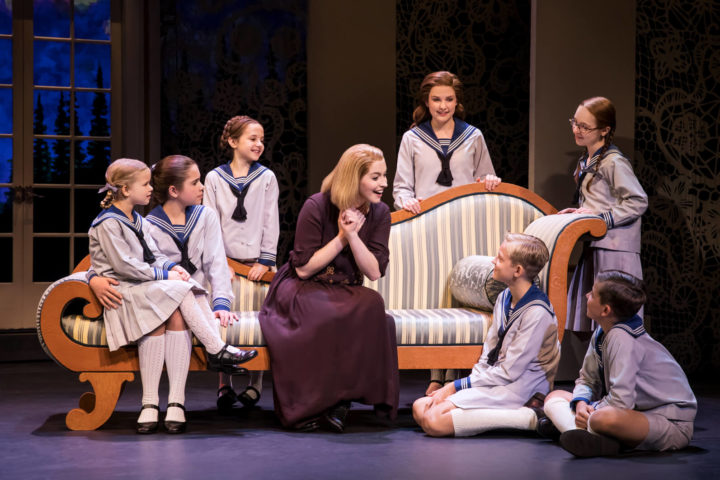 Cast of “The Sound of Music”

The hills of Little Rock will be alive with the sounds of Rodgers and Hammerstein’s classic musical, which somehow combines the cutesy origin story of a nun-turned-stepmother-led family band with the decidedly less cute rise of Nazis in 1930s Austria. The story of Sister Maria and the Von Trapp family has been captivating audiences in various forms for over 50 years and shows no signs of stopping. Carrie Underwood starred in a 2013 live version of the musical for NBC. Ariana Grande’s 2019 hit “7 Rings” interpolates a melody from the musical’s “My Favorite Things.” The plot for the musical is beautifully absurd: a nun kicked out of her convent for being too fun becomes governess to a military officer/widower and his gaggle of children, eventually melting his icy heart and using the family’s impressive musical abilities to pull the wool over the Third Reich’s eyes and skip town. I once played the role of the eldest Von Trapp son, Friedrich, in my church’s version of this musical and my lederhosen broke on stage, a nightmarish scenario from which I have never fully recovered. This touring version, in addition to showstoppers like “Do Re Mi,” “Climb Every Mountain” and “Edelweiss,” is likely to have sturdier lederhosen. DF

The third annual Africa Day Fest on South Main is a chance to discover and celebrate the diverse spectrum of African cultures, including authentic African cuisine from Kontiki African Restaurant, live music, dancing, a drum circle and a fashion show displaying the stunning signature colors, patterns and silhouettes of traditional and contemporary African fashion. This year’s fashion show features Liberian-born designer and stylist Korto Momolu, Tanzanian fashion designer Missy Temeke and Little Rock native fashion designer Freddie Reynolds. Africa Day Fest is free and kid-friendly. “Since I came to [the] United States,” Africa Day Fest founder Benito Lubazibwa told us, “I have realized many people in this country have misconceptions about Africa, and I am using the festival as a way to educate and transform the way people think about Africa.” MM