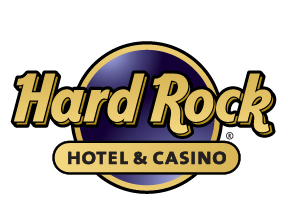 Get ready for casino competition. A news release arrived today from one of several corporations interested in winning a permit to operate a casino in Pope County, as authorized by voters last November.

Warner Gaming issued a release today saying it hoped to win the right to build a Hard Rock casino and resort in Pope County, with hotel, restaurants, conference facilities and entertainment venues indoor and out.

A news release from Bill Warner, owner and CEO of Warner Gaming, says the company operates in 75 countries, including 185 Hard Rock Cafes, 27 hotels and 11 casinos, including in Las Vegas and Sioux City, Iowa.

A news release said the company won a competition to locate in Sioux City in 2014. and points to economic benefits it delivered there. A news release quotes Sioux City Mayor Bob Scott as saying Warner delivered on promises. The development included an outdoor concert venue that has attracted national acts and total attendance of 300,000.

This is more than a subtle point. The amendment approved by voters legalized full casinos and sports bookmaking at Southland and Oaklawn parks and opened the door to new casinos in Jefferson and Pope Counties. The Quapaw tribe seems in line for nailing down the permit in Jefferson County, with support from local officials that is required by the constitutional amendment.

Pope County is more ticklish. Lame-duck politicians, the mayor of Russellville and county judge, expressed approval before leaving office for a casino proposal by Mississippi casino operators. But rules had not been adopted then and the Racing Commission, which regulates casinos, subsequently adopted rules that say casino operators must have the approval of officials in office when the application is filed.

The permit application process will be open May 1-31. The Gulfside Casino Partnership from Mississippi is expected to apply, as is the Cherokee tribe. The Choctaw tribe, which operates a casino next door to Fort Smith, has also been playing politically in this matter, perhaps only as a spoiler to all so as to protect its casino nearby from new competition.

Whatever the eventual official interest, local official approval is, for now, up in the air. The county judge and mayor have said they want a local vote first, as required by a local initiative put on the ballot in Pope County last November. A lawsuit seems likely to challenge whether the local ordinance violates the terms of the constitutional amendment, which didn’t provide for a popular vote. Sentiment has run against gambling in the county. Voters there rejected the amendment approved statewide.

Can they be swayed by promises of economic development? All the would-be operators hope so.

“Arkansans have decided to keep the jobs and tax revenues associated with casino gaming within the state, and we are excited for the opportunity to be a part of that,” said Warner. “In the coming weeks, we will continue our discussions with Pope County residents so that we can get a feel for what the community would like to see in a project like this. Our past experience has taught us that community input and involvement is critical to our success.”