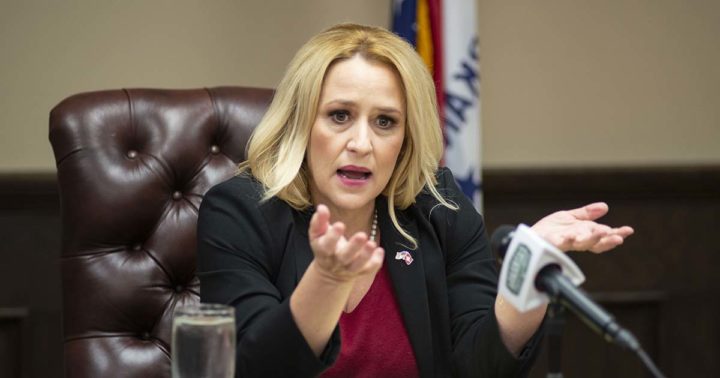 KEY PLAYER: Don’t forget to credit Leslie Rutledge for potential ruin of state budget and health coverage for hundreds of thousands of Arkansans.

A couple of opinions on the 5th U.S. Circuit Court of Appeals decision yesterday affirming the declaration that the insurance mandate in the Affordable Care Act is unconstitutional, but asking for a further review of whether other important parts of the law should remain in force.

A divided court today sent Texas V. the United States back to district court for further investigation.  This is a delaying tactic that could cost millions of Americans affordable and comprehensive health coverage.  Over 135 million Americans with pre-existing conditions are still at risk of losing the protections provided by the ACA.  Millions could see insurance premiums rise significantly.”

“The Republicans were unable to repeal the ACA in 2017 because they did not have the votes in Congress.  They will stop at nothing to take away our health care.  We call on Governor Asa Hutchinson and Attorney General Leslie Rutledge to withdraw the state as a plaintiff in Texas V. the United States.  The health of hundreds of thousands of Arkansans is at risk.”

More to the point, I think, were comments such as this from Brian Fallon, director of Demand Justice:

Seems like the 5th Circuit is trying to have its cake and eat it too: declare the ACA mandate unconstitutional and preserve option of striking down the whole law but postpose the timing for doing so til after the elections to spare the GOP any political fallout in 2020

I was surprised to see this story inside the Democrat-Gazette today and without proper mention of Attorney General Leslie Rutledge’s prominent role along with other Republican states in seeking to strike down the entirety of the Affordable Care Act. That was her desire. That was the ruling of a right-wing Texas district court judge that was modified yesterday. That may yet be the result of this litigation in the conservative-packed U.S. Supreme Court. If so, it will be a devastating blow to the Arkansas state budget and a loss of health coverage for hundreds of thousands of Arkansans, not to mention a death sentence for some.