In the end, Little Rock’s mayoral runoff election on Dec. 4 will be decided by turnout. Only a fraction of the voters who showed up for the general election on Nov. 6 can be expected to return to the polls four weeks later to vote for either Baker Kurrus or Frank Scott Jr. But as the runoff approaches, it’s not clear which candidate’s base is more motivated — and which will be most successful at picking up supporters of Warwick Sabin, the third major mayoral hopeful, who was narrowly eliminated in the November contest.

Over the past two months, two related issues have come to the fore of Little Rock politics: crime and police misconduct. The city appears to be experiencing another surge in homicides, with six people shot to death just in the weeks since the general election. (The overall number of murders for 2018, 33, remains significantly lower than it was in 2017, however.) At the same time, the Little Rock Police Department is under renewed scrutiny after recent reporting in The Washington Post that claims the LRPD misuses “no-knock warrants” to stage violent raids of citizens’ homes in search of drugs, among other alleged abuses of power.

Both issues are inseparable from race relations. Scott is black and Kurrus is white, and the expectation is that both candidates will earn the lion’s share of their votes from people who look like them. Even so, the contest has not been primarily defined as black vs. white, but by the question of who can do the best job of getting Little Rock back on track. Age is perhaps as big a factor race, with Scott, 34, expected to perform well among younger voters and Kurrus, 64, appealing to a cohort that skews older.

Kurrus and Scott are both businessmen, and they can often sound more alike than different on the issues. Both believe the selection of the next chief of police — who will replace Kenton Buckner, who left for a job in Syracuse, N.Y., on Nov. 16 — will be crucial to repairing race relations within the force, between police and the community and among Little Rock residents. The candidates differ in how to achieve better community policing.

The turmoil at the LRPD — including the decision by the unpopular police chief to seek work elsewhere — is symbolic of divisions citywide. The past year has seen some public calls for changing city government, such as ditching the at-large city director positions, a system which tends to dilute the voices of residents in lower-income wards. Kurrus and Scott both want to shake up city hall, though in different ways.

Both say education and revitalization key to a prosperous and safer city. Scott, a banker and former member of the Arkansas Highway Commission, touts his upbringing in Southwest Little Rock as evidence he can represent all parts of the city, including that have long been neglected. Kurrus, a lawyer who has worked in land development and served as the president of an automobile dealership, emphasizes his years of service with the Little Rock School District to prove his dedication to the public good. He was a member of the school board for many years and later served as superintendent. 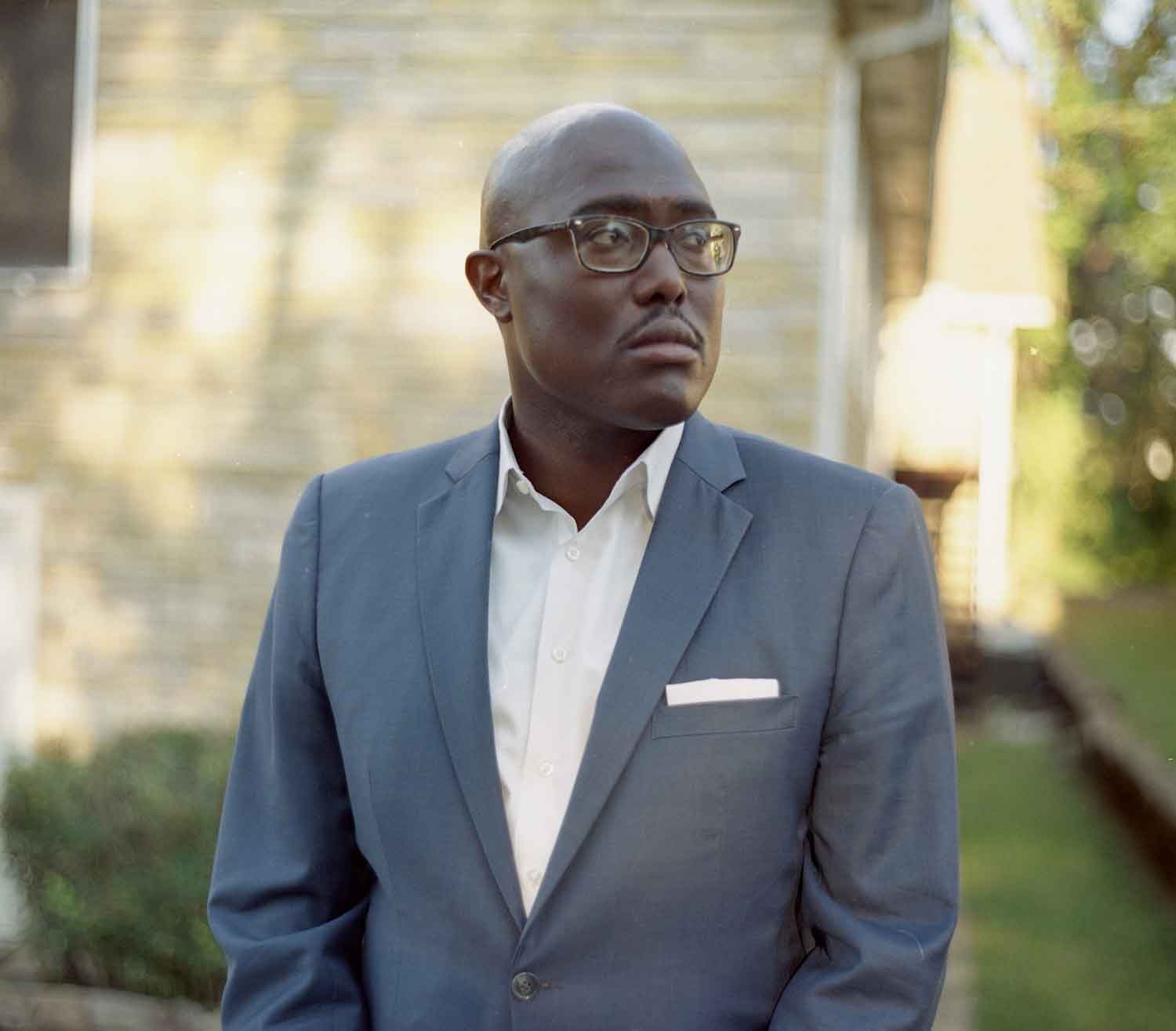 Scott won his spot in the runoff with 37 of the vote and Kurrus took 29 , narrowly edging out Democratic state Rep. Sabin’s 28.5 . (A candidate needed to capture 40 to win the election outright and avoid a runoff.) That means Kurrus and Scott are now vying to win over Sabin’s supporters. Those who liked Sabin’s strong progressive positions on certain issues — most notably, his opposition to the 30 Crossing widening of the interstate downtown, which both Scott and Kurrus consider a foregone conclusion — could break in either remaining candidate’s direction in the runoff. Or, some might simply stay home.

Here’s a brief look at a few differences in approach to change in the two candidates:

In mid-October, The Washington Post published an investigation of the narcotics unit and its use of no-knock raids to blow the doors off the homes of city residents suspected of drug crimes. The Post focused on the story of Roderick Talley, a young African-American man whose home-video footage appears to contradict the official story of the LRPD; he’s suing the city. In the wake of the Post story, Scott called for a federal investigation and reiterated his plan to create a Little Rock Community Review Board to hear citizen complaints of police misconduct and brutality. (The board would be appointed by the mayor.) Kurrus expressed concern about the facts contained in the story but was more equivocal in his response. An internal investigation was the place to start, he said.

On Nov. 14, the story took another turn. Talley, who was fleeing a Cross County sheriff’s deputy to avoid failure to appear on a warrant, allegedly struck the deputy with his car and was arrested. That prompted the mostly white Little Rock Fraternal Order of Police to stir the pot by posting a photograph on Facebook showing Scott shaking hands with Talley. The FOP — which has endorsed Kurrus — said it wanted the “citizens of Little Rock to know that candidates who align themselves with fleeing felons fail the qualifications for any public office.” Both Kurrus and Scott expressed distaste at the post and encouraged the FOP to take it down.

In addition to the creation of an independent review board for the LRPD, Scott says he’ll increase the police force to 700 officers over the next four years, at a cost he estimates at $10 million to $15 million. He says he’ll do it without raising taxes. Scott claims that city dollars can be spent “according to priority,” and if the desire is to spend more on police, the budget can adjust accordingly. He also said the LRPD needs to recruit more Spanish-speaking officers and hire a liaison for the LGBT community. He wants to create “gun courts” in collaboration with the Pulaski County prosecuting attorney, add lighting and cameras to high-crime areas, and review the city’s Youth Intervention Program, a grant program for services to at-risk youth that draws fire every year from city directors. Scott said he’d been hearing people express a desire for “more opportunities for our youth so we don’t lose them to the streets,” and identified poverty and poor education as root causes of crime.

Kurrus, who calls crime the biggest problem Little Rock faces, does not support the creation of an independent review board, saying the mayor should be accountable to the public without the need for such a board. Kurrus also said Scott’s notion that he can find millions in the budget without raising taxes is “nonsense. … That’s not how budgets work.” He noted that as superintendent of the LRSD, he had to work with a budget that was larger than the . He wants the force fully staffed and adequately funded, and he wants response times shortened.

Little Rock has an unusual hybrid system of government in which an elected mayor shares leadership duties with an unelected city manager. Critics of that system say it creates confusion about who’s really accountable.

Kurrus maintains that the current system is workable as long as the right person is in the mayor’s seat. He cites the 2007 ordinance that created Little Rock’s “strong mayor” system, saying he’ll be calling the shots and longtime City Manager Bruce Moore will act at his direction. “The mayor is the chief executive officer, period. You can put an exclamation point after that,” Kurrus said in an interview Monday. He said he’ll collaborate, but he intends to “change the way we operate immediately.”

Kurrus also said there are “too many people in the administrative office,” and he will reduce the mayor’s budget by attrition. He promises to have a city budget ready by Jan. 1, 2019, that will include savings in many areas. He cited vehicle maintenance as an example, noting $180 oil changes in the current budget.

Scott wants to overhaul Little Rock’s governance. Rather than preserving the hybrid system, he wants Little Rock to adopt a straightforward mayor-council form of government. He also says the city should eliminate at-large board positions (at-large seats that are elected citywide, rather than by ward) and add more wards. If he can’t change the way the city elects its board — and the city board voted down such a proposal by City Director Erma Hendrix this year — he said he would seek a referendum on the change.

Scott would also create a city “economic development corporation” that would seek to “cut the red tape” and restructure how business is done in Little Rock.

government has no direct control over affairs in the Little Rock School District, but both candidates say the mayor should be advocating for a return to local control of the LRSD. The district was taken over by the state in 2015, ostensibly because of low academic performance at a handful of campuses. It’s remained under state control ever since, though state law says it must be returned to a locally elected school board in the next year or so.

Kurrus was appointed as LRSD superintendent not long after the state took over the district. But, after serving for about a year, he was terminated by state Education Commissioner Johnny Key in 2016, likely because Kurrus expressed public opposition to the expansion of charter schools in Little Rock. The firing generated an outcry from public school supporters. Kurrus is now calling for a community-wide school plan, an idea he first expressed as district superintendent. The school plan should be comprehensive, long-term and include input from public colleges as well as schools. “It’s not, ‘Let’s get together over a club sandwich once in a while,’ ” he said.

Scott has called for an $11 million city investment in after-school and summer programs in literacy and academic subjects. Kurrus has also taken that position to task as an expense the city can’t afford now, especially as it duplicates existing school programs.