With the exception of the Pie Shop at Terry’s, these folks need a couple days’ notice if you want to buy a whole pie. We figured volume because we wanted to include pi in our pie. Volume figures are a tiny bit fudged, given that none of the pies were cylinders.

A top vote-getter by the Times‘ taste-testers, nicely lemony with a whipped cream topping instead of meringue (a plus with one of the testers) and a graham cracker crust, which gives any pie an advantage. Don’t drink with sauvignon blanc, however, or you’ll have a hard time tasting the lemon.

Aesthetics: The orange zest on the top added a nice touch. 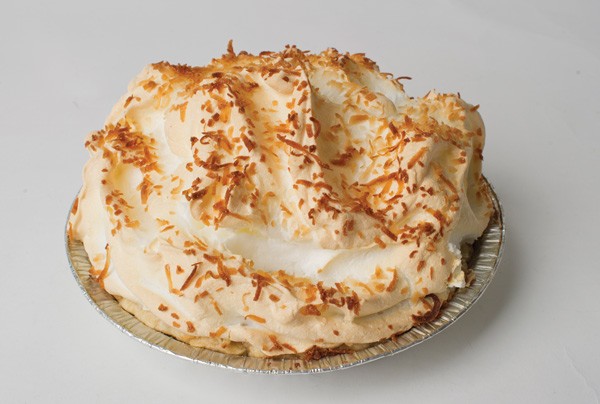 Winner of the highest meringue category at two and a half inches, this pie would have been better served before the rest, so delicate is its flavor. In fact, we’re sure of it. Don’t have a piece of lemon pie first. And here’s a hint: When you go to Charlotte’s, don’t wait until you’ve eaten your hamburger to order your pie, or you might be out of luck.

Aesthetics: Thanks to the meringue, described by one tester as “wicked,” this prize wins for looks. 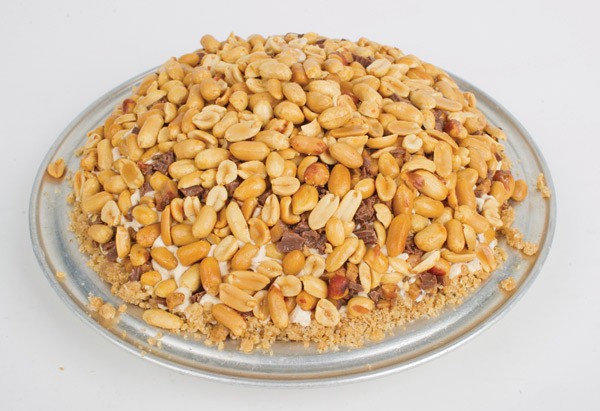 Testers liked the combo of chocolate and peanut butter in this creamy pie, heaped high and blanketed with peanuts. It got an “OMG” from one taster; another compared it favorably to a giant Reese’s Peanut Butter Cup.

Aesthetics: A little over the top nut-wise. 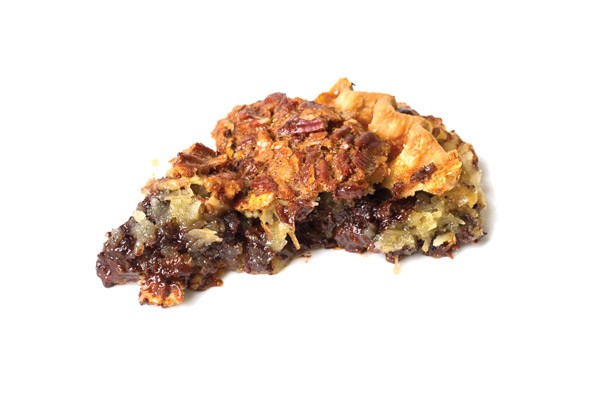 Is this a German chocolate pie with pecans? Or a pecan pie with German chocolate? One naysayer, the type who doesn’t color outside the lines, was bothered by the cross-cultural identity of this pie. Naysayer was shot down in a hail of derision, however. The pecans were praised.

Aesthetics: We could look chocolate in the face for a long time. 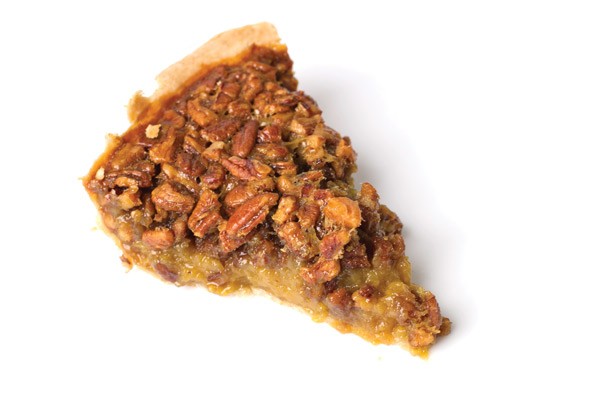 This was the bargain pie, from the venerable Franke’s. It should be served hot, and if you are home, put a scoop of ice cream on it. Drawback: an undistinguished crust. 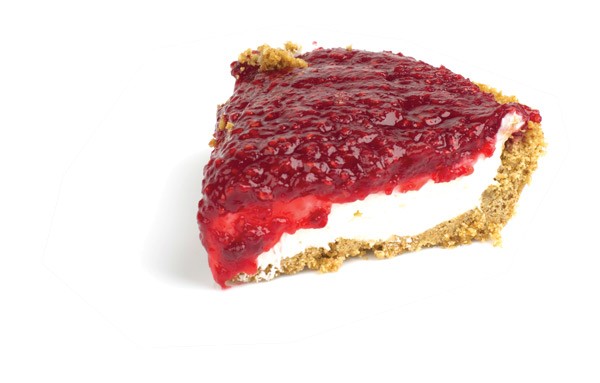 Excellent cream filling and graham cracker crust, rather than the raspberries, made this pie a standout. (But if strawberries are in season, get the strawberry shortcake instead at Trio’s. Outstanding.) 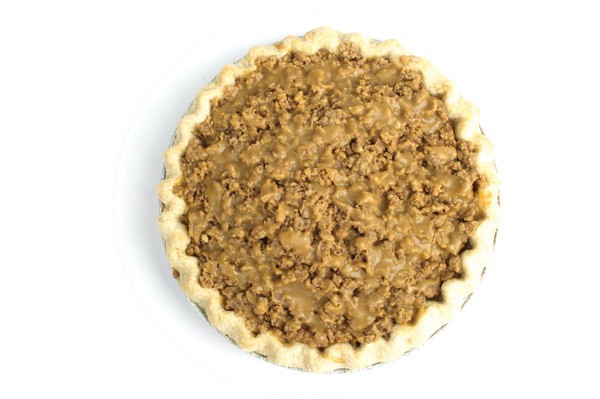 Pockets of crunchy caramelized sugar cinnamon plus apple plus pie crust … such cries of pleasure one never heard in a newsroom. This pie was so delicious that its appearance — the color of dog food — was completely forgiven.