While the phrase “a sucker is born every minute” wasn’t coined about Hot Springs, it could have been. Only 20 years ago, the city was awash in tourist trap kitsch, everything from an exhibit of deadly snakes on Bathhouse Row to chickens trained to play — and win — tic-tac-toe at the I.Q. Zoo on Whittington. Though a lot of the old roadside attraction-style stuff from early Hot Springs is gone, there’s still plenty to fill the itinerary of day-trippers on a search for the quirky.

Let’s speak plainly: The geek funk surrounding the “Star Wars” films can get a little strong. Never, for example, ask a person wearing a Darth Vader T-shirt on it which film was best, because that will require access to a whiteboard. If, however, you’re one of those who still believe in the magic of a galaxy far, far away — or just the idea that all those action figures you’ve been handling with white gloves since childhood will be worth a fortune someday — you should definitely check out The Galaxy Connection. Featuring the personal collection of “Star Wars” and comic book superfan and cosplayer John Clowers, the museum is a kind of temple to all things geek, including a giant diorama of original “Star Wars” toys in their original boxes, fan-made takes on vehicles from the films, and full-size replicas of favorite characters, including Yoda, Darth Vader, Boba Fett and Han Solo, frozen in carbonite. Most endearingly, one room features Clowers’ childhood bed, complete with beloved Batman sheets and surrounded by the superhero toys he played with as a kid. It’s all a bit corny but definitely heartfelt, with a DIY sensibility that speaks to the padawan in us all. 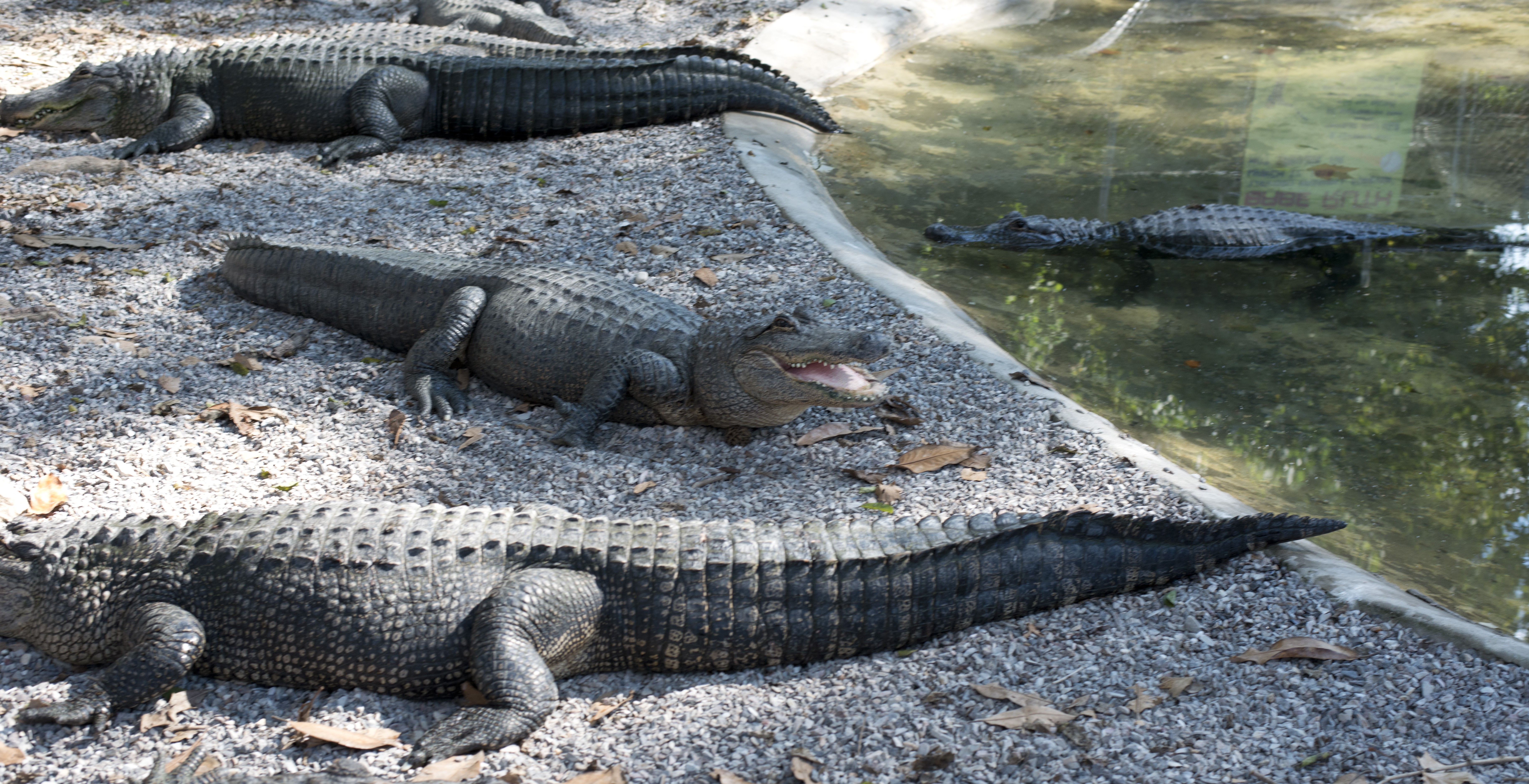 The Arkansas Alligator Farm and Petting Zoo
847 Whittington Ave.
Adults $9, kids 12 and under $7

When it comes to tourist traps in Hot Springs, pretty much only the hot springs themselves are older than the Arkansas Alligator Farm and Petting Zoo. Opened in 1902, the alligator farm is a classic road trip attraction, one of the last links to the golden age of Hot Springs as a tourist destination. As the name suggests, the farm features over 300 alligators, from little nippers to 10-footers that could star in their own low-budget film starring Traci Lords on Syfy —”Gatoricane!” perhaps. For our money, the time to go is in the winter, when the alligators are housed indoors in lumber and chicken wire pens that look like they couldn’t keep in a mildly aggravated iguana. All perfectly safe, but it does get you up close and personal. In addition to the gators, there’s a menagerie of other animals, including cougars, giant snapping turtles, a stuffed sawfish, turkeys, peacocks and a heinous-looking “Merman,” which appears to be the conjoined remains of a monkey and a fish melded around the time “Moby Dick” was written. On the other side of the walled compound are ostriches, goats, donkeys and tame deer that can be fed the bread every visitor receives when they pay their admission. There’s a top-notch old-timey gift shop, too, in case you want to get grandma an Alligator Farm coin purse or taxidermied alligator head. It’s all loads of fun, if you can stand being that close to reptiles that could likely move you a notch down on the food chain. 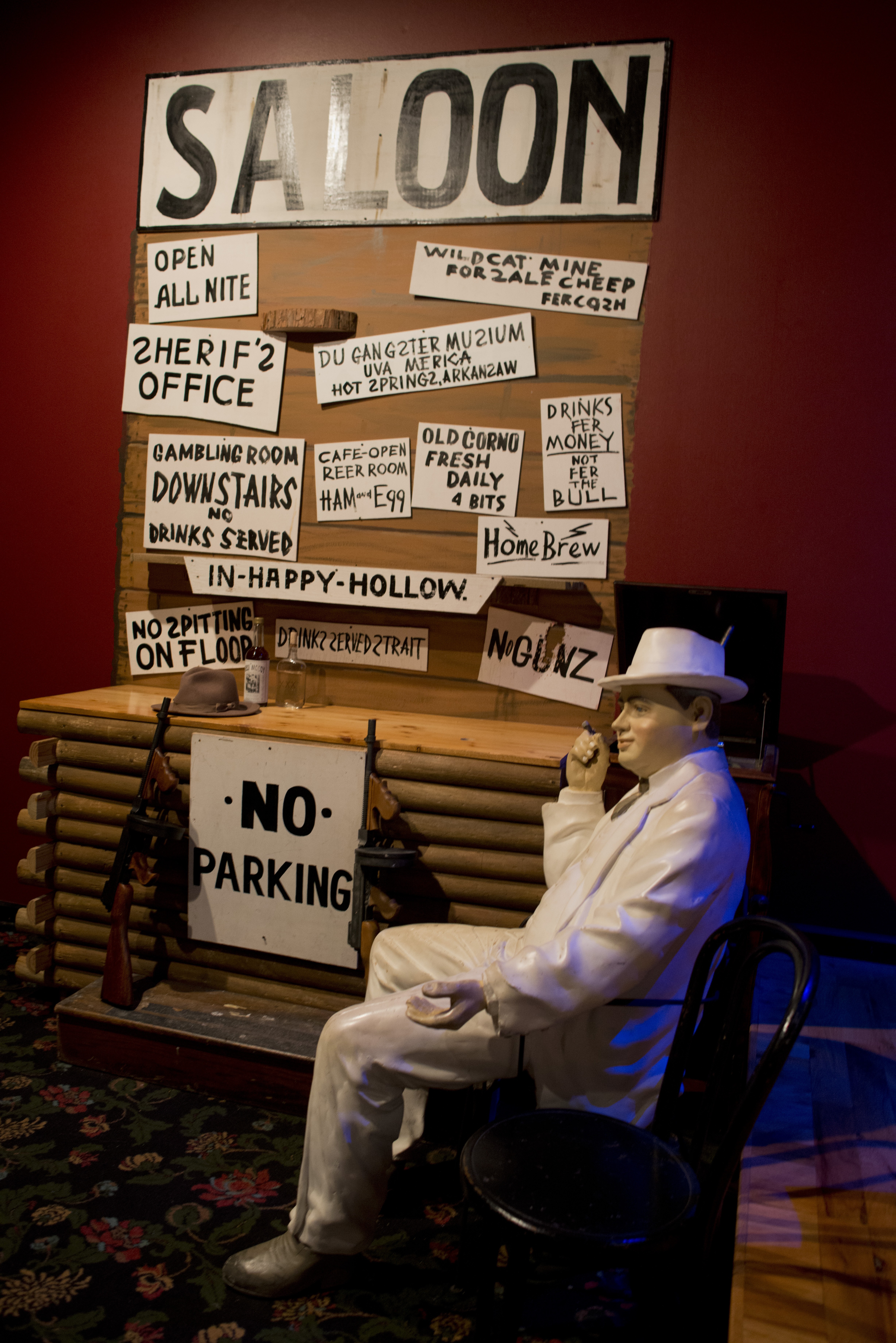 The Gangster Museum of America
510 Central Ave.
$15 for adults, $6 for children

Back in the good ol’ days when a paper cut could kill you, the supposedly healing waters of Hot Springs drew in everybody from baseball greats to movie stars in search of rest and relaxation. Also drawn to the steam — and the gambling and vice Hot Springs was known for until police crackdowns in the late 1960s — were plenty of less savory types, including Al Capone, Lucky Luciano, Meyer Lansky, Frank Nitti, Owney Madden, Bugs Moran and a laundry list of other storied underworld figures. Though the gangsters are gone (the ones who are semi-public about it, anyway), the underworld history of Hot Springs is celebrated at The Gangster Museum of America, which opened in 2008. Beginning with displays on how illegal gambling came to the city and was allowed to thrive by police and city officials who turned a blind eye, the museum also features history and artifacts related to Capone, Madden and the New York mob and explains how so many dangerous men wound up choosing Hot Springs as their playground. On the way out, be sure to hit the well-stocked gift shop, including The Hatterie, where you can pick up a smart fedora just like your favorite gangster or G-man would have worn. 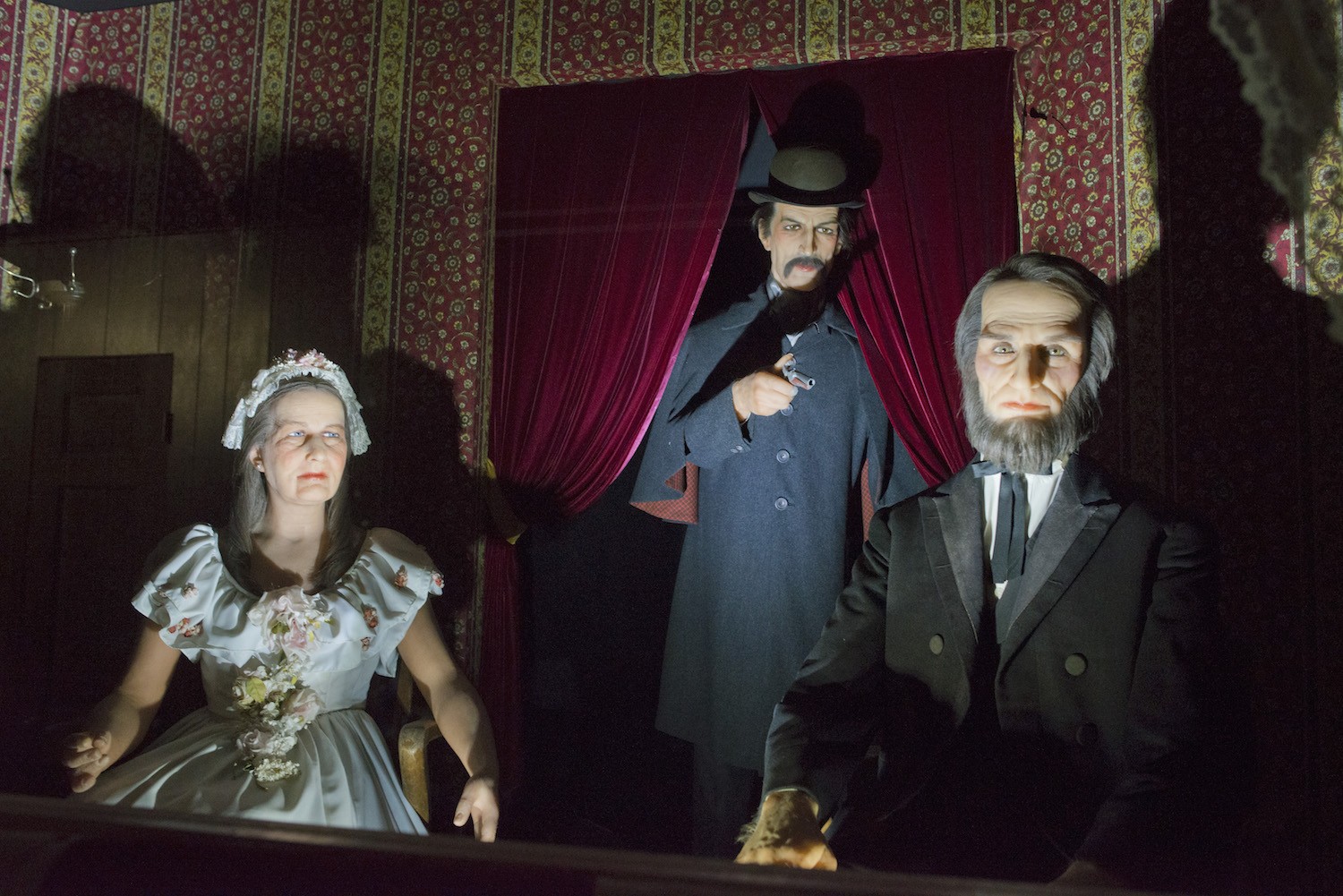 When it comes to cornball, so-bad-it’s-somehow-good attractions in Hot Springs, it doesn’t get any better than the Josephine Tussaud Wax Museum. The museum’s figures remain largely unchanged since the museum opened in 1971 in the location of the once lavish Southern Club. Thrill to such supernovas as Sir Richard Burton, Jumpsuit Era Elvis and Neil Armstrong! Still, as folks who love kitsch, we can’t crack too hard on the classic museum, which features over 100 figures divided among seven different “worlds,” including horror (featuring gruesome scenes of medieval torture), battles, religion (with a life-size re-creation of Da Vinci’s “The Last Supper”), fairy tales, royals, and a “Stairway of the Stars,” with famous movie stars and political figures of the past. A groundbreaking leap in photorealistic representation of the human form it ain’t. If, however, you’re looking for some throwback touristing the way grandma and grandpa did it, look no further. In that sense, the place does have its hipster charms.