If you ask her, Tania León will tell you that she is a musician, no prefix required. In a 2015 interview with Latino USA’s Maria Hinojosa, the composer clarified her reluctance to frame her identity in terms of race as it is so often: “I am not a black composer. I am not a woman composer. I am not a Caribbean composer. All those definitions — I never hear them expressed when you talk about Beethoven, for example. Or when you talk about Debussy.” That said, the prefixes that help tell the story of León’s work in America are many: She is 74 years old, Cuban-born. She is a founding member of the Dance Theatre of Harlem and was its first musical director, and she composed the opera “Scourge of Hyacinths,” an aria from which — “Oh Yemanja!” — was recorded by world-class soprano Dawn Upshaw for Upshaw’s album “The World So Wide.”

León served as new music advisor to the New York Philharmonic in the ’90s and founded an organization called “Composers Now,” a New York-based consortium of creatives and patrons seeking to increase of living composers and their work. Her list of compositions is dizzying, with a wide breadth of instrumentation: pieces that call for electric oboe or bata drums, texts from Rita Dove and ancient Yoruban prayers, recital works for solo cello, settings of Margaret Atwood’s poetry, two pieces for “violin and interactive computer.” Now, she’s taking on “Little Rock Nine,” an opera funded by the University of Central Arkansas College of Fine Arts and Communication (through a National Endowment for the Arts “Art Works” grant), the Darragh Foundation and the Virginia Bernthal Toulmin Foundation, about the desegregation of Central High School in September 1957. The opera’s completion is slated for July 2018, and — with coaching from León herself — vocalists Ron Jensen-McDaniel, Nisheedah Golden, Candice Harris and Kendra Thomas will perform excerpts from the work at 7:30 p.m. Monday, Sept. 25, at the University of Central Arkansas’s Reynolds Performance Hall as part of a program called “An Evening with Henry Louis Gates Jr. and Tania León: Turning History into Art.” We talked with León in January of this year, and a portion of that conversation follows.

I saw an early picture of you sitting on a couch between Wole Soyinka and with Henry Louis Gates Jr., who’s been a historical research guide for “Little Rock Nine.” You’ve known him for some time, and now you’re collaborating on this opera.

We met at The Bellagio Center in Italy. He was a fellow at the time and I was a fellow. It so happened that during that time, Hans Werner Henze — a European composer who became one of my mentors — talked to me about writing an opera, something that had never crossed my mind. It’s not that I wasn’t interested, but to write an opera, you need a backup. Who’s going to produce the opera? It’s a big undertaking. But he convinced me. And when I met Henry Louis Gates Jr. — you know, the artists all get together specifically and have dinner — we started talking to each other and I told him how preoccupied I was. I needed to find a story, something that would compel me to write me an opera. At the time, I was looking [at] Umberto Eco, but then Umberto Eco died, and then it was a whole thing with his estate and how to approach this. I told this to Henze and to Gates, who talked to me and said, “Give me some samples of your music — I have an idea.” So I gave him my CD. I didn’t know that Gates had it in mind to send to Wole Soyinka. Wole Soyinka, as you know, is the first Nobel Prize winner from Africa. Nigerian-born. Well, Wole Soyinka liked my and sent me a possible story, and in that I found links with my personal life. There was a mother with this incredible situation with her son at Yale. She was praying for him constantly. And the saint — the deity that she was praying to — was the same deity that my family used to pray to.

This is the same deity that my grandmother and my mother — if we were sick, then they would pray to this deity. If I had an exam, if I got to play in front of the public, everything was geared toward — all the sanctity and the blessing of this deity. Then this man has sent me something where mother is praying to the same deity my family prayed to? This is the piece! I did the libretto myself, and the one that encouraged me also to try my took me by his hand in terms of guidance, was Hans Werner Henze, because he had a deep, big listing of operas that he has written. Of course, he died about three to four years ago, and it was a tremendous loss for me. But that is how Skip [Henry Louis Gates Jr.] and I began our friendship.

So, you’re a prolific composer, but it’s been quite a while since the when you last wrote an opera, “Scourge of Hyacinths,” for which you must have had images to build the musical story.

Well, for me, I mean, whether it’s opera or any piece, I have to live in that environment. Soyinka was easy because I knew the deity, and I have the experience since childhood about the mother or a member of the family praying to this deity every time that they had a moment of insecurity or an emotional plea. But in the case of the Little Rock Nine, it’s the same thing. For me, it’s something that I have to live through and get immersed in that environment. 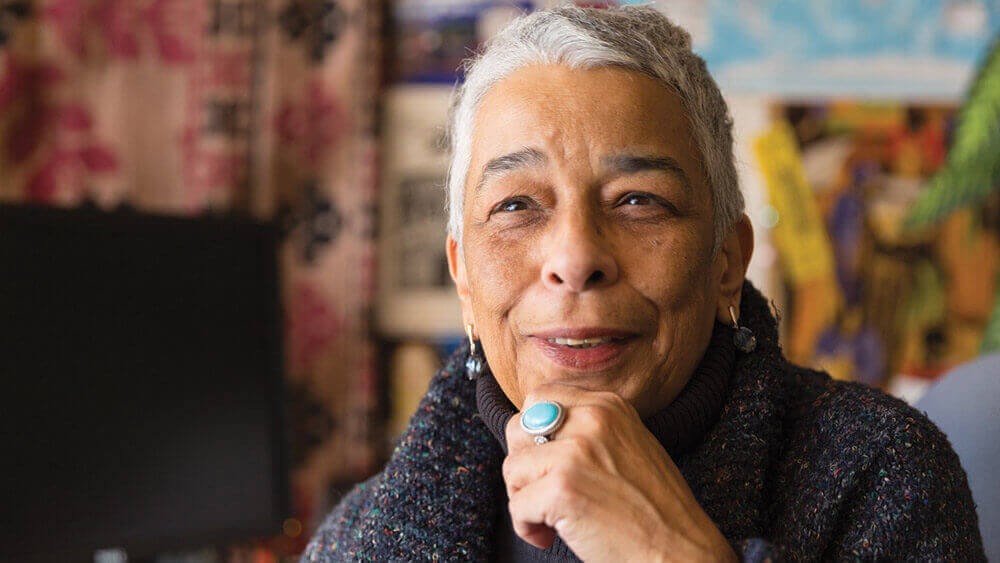 With “Little Rock Nine,” what are you doing musically to help people feel what those barriers felt like? It seems like a bit of an impossible thing, to help the audience feel that.

… We experience barriers because we created barriers. You and I didn’t do it. There was a group of people that based on business, based on their self-aggrandizing, they created the slave trade. They brought all those people here against their will and they made them work for them for free. That is something that we are still carrying on today. After the emancipation of those people, we created another form of slavery. How? By not allowing them to get an education. By not giving them all their rights. By making them sit in the back of the bus. By not allowing them to use the same water fountain. I mean, what is this all about? You continue reminding them that they are slaves. In a way, this is the 21st century and we’re still having this stigma. The stigma continues. …

My family is comprised of very dark people and very opposite-of-dark people. And on top of that, of Asian people. So I have three different phenomena that are making me possible, to make this experiment called Tania León. My grandmother said, “You are the one that’s gonna be famous.” It was frightening, now that I think about how these people talked to me, the assurance that my future was going to be spectacular. And I think what I’ve been able to accomplish is because of their ghosts.

There, believing in you?

Exactly. And I hear this. Anytime I walk on stage, I hear my grandmother. My grandmother said to me many times, “Your name is gonna be on the marquees at theaters.” They helped me dream. And they gave me the tools.

It might not be clear to many people what your connection is to this opera, and so I want to ask a little bit about your own experience with barriers. You were 23 when you came to the United States as a pianist. It was 1967, a year before Dr. Martin Luther King Jr. was assassinated.

Absolutely. And what you have to understand is that when I got here, I was coming from Cuba, where there was a lot of thought about segregation and discrimination in the United States, to the point that some classmates and people said, “Oh, you are going to the United States?” Like, “Get ready, because you are going to confront this thing.” The day that I actually boarded the plane, there was a standing right there by the stairs that you had to climb in order to get to the plane, and he actually stepped in front of me and asked what I was doing there, why was I going to the United States. And I didn’t answer. And then he moved, and then I was able to get to the plane. And he was a man of color. So, I see these situations being played out, and my answer has to do with the upbringing that I had — a very poor family, all of them doing their best to get shoes, for school, the uniform, the books. And my grandfather taking me to the conservatory, buying me a piano. Seeing all these people constructing this thing that is talking to you now. You see?

It’s a little poetic that you’re coming back to this historical moment through the opera, the same ideas that you thought about when you first came to the U.S. are resurfacing for you 50 years later.

These 50 years have been very hard — the rules and regulations in the last 50 years have been really hard to deal with. For example, I talked to you about my grandmother. She died four years after I arrived here and I could not go back. I was not permitted to go to my grandmother’s funeral because of the politics. This is what I’m trying to tell you; we punish each other. For one reason or the other.

Did you ever imagine when you started working on the opera that you would be premiering the excerpts in such a politically divided time?

I had no idea that any of this was gonna happen to me. First of all, when Rollin Potter called me and told me about this, I didn’t know what the “Little Rock Nine” was, I’ll tell you the truth. I knew about Selma, and I knew about Martin Luther King. … Little Rock was not on my radar. But I got very interested, specifically because of the racial connotations. That is something that I have perceived and felt very uncomfortable with.

Is there anything that you imagine will be a sign for you that the opera is what you wanted it to be?

Who knows? Every day, we all change, and every day, things happen that make you change. I have no idea. You have probably heard that the person who is working on the libretto at the moment is Thulani Davis. When I spoke with Thulani, she told me also that she saw this whole thing on television when she was 8. So these people are [her] contemporaries. So, I didn’t have to go through that, but I have the empathy.