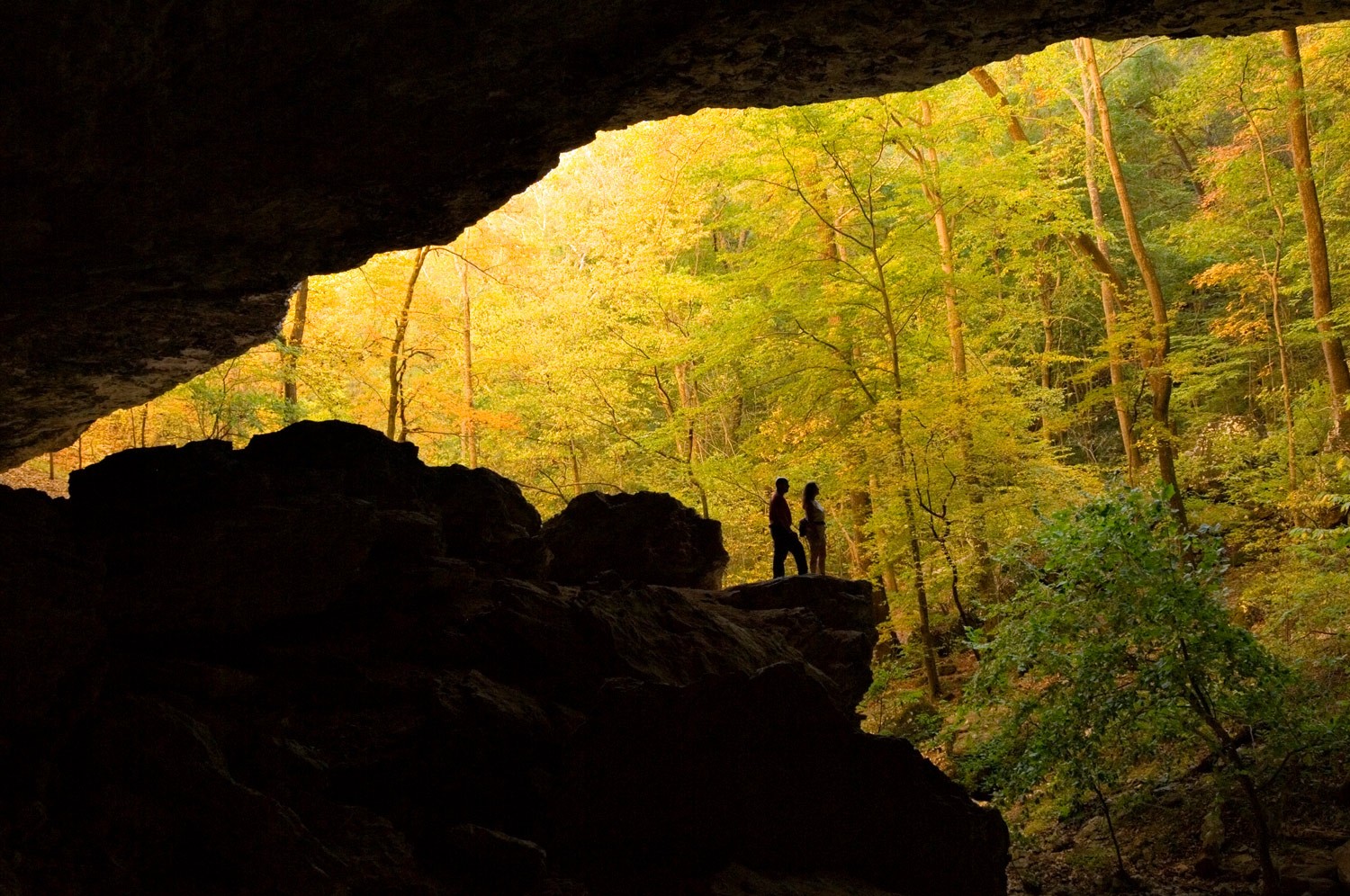 The strongest argument for Arkansas’s motto, “The Natural State,” the Buffalo River starts near the highest point of the Boston Mountains in Newton County and winds its way easterly for 150 miles until it runs into the White River, in Baxter County. The whole stretch is spectacular — it wasn’t the first to be designated a National River for no reason — but the upper portion and the surrounding parkland is the most stunning. Along with the river, Ponca, and Parthenon are destinations on this itinerary.

Stay in the Steel Creek Valley

Camp just yards away from the Buffalo River as it cuts its way through towering bluffs in the National Park Service’s Steel Creek Campground northeast of Ponca. (off state Highway 74). drinking water and flush toilets. Or, if you require a few more amenities, stay in the Foggy Hollow Cabin, near Low Gap, which has two bedrooms and two more queen-sized convertible beds in a living room and loft. Big kitchen, TV and a hot tub that overlooks the Steel Creek Valley, too. Or, if you’re bringing along the grandparents, and in-laws, stay in the “luxury cabin” at Cedar Crest Lodge in Ponca (off state Highway 43), which sleeps 20 and has a massive multilevel back deck that connects to a bridge over Adds Creek, a tributary of the Buffalo; the bridge leads to a stone pavilion that sits alongside the creek and has two outdoor fireplaces. Or, if you really want a one-of-a-kind experience and have lots of dough to blow, stay at Beckham Creek Cave, a luxury lodge built into a cave outside of Parthenon. Built by the founder of Celestial Seasonings as a doomsday getaway, the lodge was recently given a sleek renovation by new investors. Now there’s a 75-inch TV hanging near some stalactites, showerheads poking through the stone and a massive gourmet kitchen replete with double convection ovens. It will have you feeling like a Bond villain (there’s a helicopter pad outside for your speedy getaway). It can sleep four couples in four bedrooms with four bathrooms. Everyone will have to be willing to live high: Rates range from $1,200 to $1,600 per night. There are dozens of other cabins and lodges for rent throughout the area; most require a two-day commitment and need to be booked well in advance during the spring, and fall.

Some of the most scenic paddling in mid-America is in this stretch, but it’s typically only passable from March until early June. There are canoe outfitters aplenty in Ponca and Jasper and nearby. Ponca to Kyle’s Landing is about 10 miles long and takes 4-6 hours to complete. The stretch includes Big Bluff and Hemmed-In Hollow, the tallest bluff face and waterfall between the Rockies and Appalachians. Farther downriver, Steel Creek to Kyle’s Landing and Pruitt to Hasty are quicker trips that are sometimes still doable when the water is too low for Ponca to Kyle’s Landing.

See the elk in Boxley Valley

The Eastern Elk, native to Arkansas, went extinct in the late 19th century. An effort by the U.S. Forest Service to introduce Rocky Mountain Elk into Franklin County in 1933 was short-lived; the herd only persisted until the mid-1950s. The Arkansas Game and Fish Commission has been more successful. It released 112 Western Elk in Newton County in the early 1980s; that herd is now estimated to number 450-500 and elk have been spotted in 14 Arkansas counties. But Newton County remains ground zero. Stop by the Ponca Elk Education Center, operated by the AGFC, to get educated and . Then head south on state Highway 43 in the Boxley Valley, possibly the prettiest part of all of Arkansas. There, especially if you go from daybreak to around 8 a.m. or 5 p.m. until nightfall, you’re likely to see some big antlers. June 1 is the peak of calving season; the annual elk rut begins in mid-September and extends into November. That’s when you’ll hear bugling and see antlers colliding.

After or before you see the elk, you’re obligated to hike the Lost Valley Trail. It deservedly has the reputation as Arkansas’s best hiking trail. It’s short and manageable with kids or folks with bad knees, just 2.2 miles round-trip, on a mostly flat and dreamy tree-canopy-covered path. It culminates with Eden Falls and Cobb Cave, which mildly adventurous sorts can explore.

Lunch at the Cliff House Inn

Take the scenic drive down from Jasper and take a meal in the restaurant with the best view in Arkansas. The Cliff House Inn, on state Highway 7, has been a North Arkansas institution since 1967. It sits on the edge of a cliff that overlooks Arkansas’s Grand Canyon, serves up burgers and fried fish and specializes in Company’s Comin’ Pie, a mix of pecans, whipped cream and pineapple. The restaurant is only open March 15 through Nov. 19. It’s a good breakfast and dinner option, too.

Another easy and popular trail south of Ponca (off state Highway 21), Whitaker Point runs round-trip about 3 miles. Nervous parents may want to think twice about taking children who are inclined to go off-path. There are two routes available: one through the woods and one a bluff-line, but both lead to Hawksbill Crag, a high rock outcropping that looks out to the majesty of Buffalo River country below.

After attending the Culinary Institute of America in New York, Nick Bottini did the rounds at restaurants in big cities all over the country (most memorable experience, he says, was catering Liberace’s 1,800-person birthday party in Lake Tahoe). Then he and his wife, Marie, fell in love with Buffalo River country. They opened Low Gap Cafe in 2012 state Highway 74. It doesn’t look like much on the outside, but inside, Bottini’s known for his (he’s Italian) and his prime rib, served Friday and Saturday nights only. There’s also ahi tuna, red snapper, salmon and pan-seared duck; there are burgers and such for picky eaters, too. Check lowgapcafe.com; like most Buffalo River businesses, the cafe keeps different hours in the summer and winter.

Get some chocolate chip pancakes or biscuits and gravy or biscuits and chocolate gravy at the Ozark Cafe, a Newton County staple, situated on the square in Jasper since around 1909. Try ’em for lunch and dinner, too, for hand-cut french fries, a chocolate shake and the Excaliburger, a half-pound burger stuffed between two grilled cheese sandwiches. The cafe is open daily and hosts live music every Saturday night.