At 22 years old, Michelle Kuo signed on with Teach for America and ended up in Helena-West Helena. The daughter of Taiwanese immigrants, raised in the suburban Midwest, with a mere five weeks of classroom training under her belt, Kuo was by all definitions “unqualified” — and a complete outsider. She arrived in Helena-West Helena confident her own love for the work of James Baldwin and other African-American writers could be easily passed on. What she wasn’t prepared for was a school principal with her own attendance problem, poverty and familial dysfunction, and the realization that, in many ways, the African-American population in the Delta was left behind. Kuo’s first year of teaching was, by her own reporting, a disaster. She did, though, befriend Patrick, a student she would later visit daily, teaching him poetry and writing while attempting to aid his legal defense against a murder charge. “Reading with Patrick” tells that story — but also Kuo’s own life story, touching not only on education but the criminal justice system, the destruction of the family and economic determinism. Kuo speaks at 10 a.m. Saturday, April 28, at the Ron Robinson Theater as part of this year’s Arkansas Literary Festival.

I found a sadness in that you reveal that you felt like you didn’t do all that much for Patrick, that just a little push, a little attention, discipline/boundaries seemed to work so well for him. I mean, is that all it takes in education? Also, in the end, do you think Patrick was an exception; that even if we had more Michelle and other dedicated teachers, the environmental/social/economic problems are too overwhelming?

In the Delta, social and economic problems tend to determine the outcomes of students unless major interventions occur. New scientific research shows what is common sense: It’s hard to learn when you’re hungry. It’s hard to process information if you’ve experienced trauma. It’s hard to focus when you’re worried about your dad in prison and when he’s coming home. In education, major interventions include regular access to quality mental health , an extraordinary school with a culture that expects excellence and addresses trauma, and a school district that attracts quality teachers and principals. Outside of education, we need to provide poor people with meaningful opportunities wealth. We need programs to help adults own land and property, and meaningful education and job training. Patrick made extraordinary, indisputable gains in his literacy over seven short months. I don’t believe I did that much: I spent time with him daily, found books, gave him space to write. But the key is that I was conscientious about spending time with him. He had nobody else in the county jail, just as he had no tutor and books when he was growing up. So as unique as my daily commitment appears during those seven months, the things I did are the bare minimum that middle and families provide. Think about what they do without a second thought: buy books, hire tutors, provide networks of informal consultants (e.g. their friends) on career and where to go to college, move to a school district with attentive teachers and guidance counselors, and provide uncrowded space in homes — not to mention quiet spots in the neighborhood, absent of the fear of violence, where they can think and play.

Do you think there are a lot of people outside of the South who don’t realize just how bad the Delta and similar regions are in terms of overall quality of life, poor services — poor everything? Or have we just accepted it as a constant, something that’ll never change? That, sure, there’ll be a few successes here and there — Patrick, for one — but this is just the way it is.

I think most people outside of the South are ignorant about the conditions in the Delta. Rural black poverty just doesn’t live in the consciousness of people who live outside of the South. Most have no concept of it, no idea at all. If you talk about the Delta to young educated progressives who live outside of the South, they tend to mention one of two things: of violent white mobs or the civil rights movement. But these events, however important, took place two generations ago. What about now, what about poverty today? We have to travel there, live there, face it. Half the African-American children in the Delta are food insecure, meaning they are hungry. The per-capita income is among the lowest in the country. We have to deal with it.

Do you think being Asian American helped you in Helena? That your seeming “outsider-ness” gave you an or was it a disadvantage? I know you were disparaged directly several but beyond that?

Being Asian American in Helena meant that I was conspicuous — I don’t think I knew more than five Asian Americans there. But it’s true that being an outsider is helpful in ways. In the classroom it gave me more leeway: I carried less baggage than a white teacher would. I explained to students my parents were from Taiwan. Students — most had never left Helena — wanted to know how to get to Taiwan and do you take a plane there and what language do they speak and what do they believe. In a classroom, this curiosity is gold. 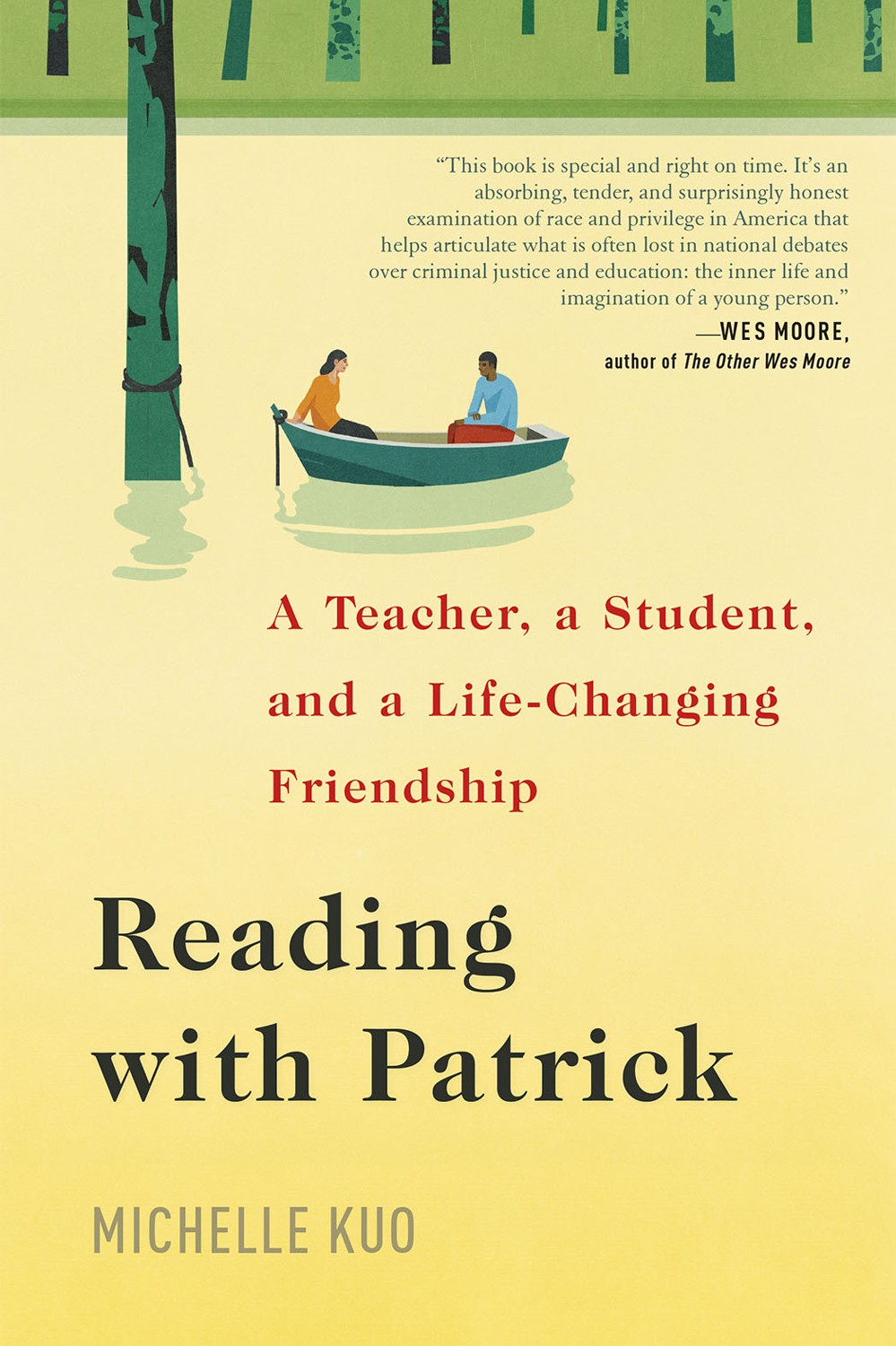 If you could change one thing, in all of the time you spent in Helena, before Patrick’s arrest or after, what would it have been?I would have had more open conversations about race in my classroom. I would have asked them more questions about their experiences and their family’s experiences. I would have asked them to interview their relatives, especially their elders, and incorporated more oral history into the class. These are intimate conversations to have, and I would have tried to establish trust by being more vulnerable when they brought up me being Asian American. At the time, I didn’t know enough about my parents and Taiwan, or about Asian-American history — exploring these issues came later in my life — and so I got defensive. We could have had a deeper exchange if I felt more comfortable being vulnerable.