With starred reviews from publishing industry giants School Library Journal and Kirkus Reviews, a positive mention in The New York Times and a spot on the shelves at the Smithsonian Institution’s National Museum of African American History, “Let the Children March” — a picture book the Birmingham Children’s Crusade in 1963 — has become somewhat of a phenomenon. The author, Monica Clark-Robinson, is an Arkansas resident. She, along with her book’s illustrator, Frank Morrison (who also provided art for the NAACP Image Award winner “Our Children Can Soar” and “Little Melba and her Big Trombone,” winner of a Coretta Scott King Illustrator Honor), will appear at the Hillary Rodham Clinton Children’s Library at 10:30 a.m. Saturday, April 28. Morrison’s art and illustration will be on display at Hearne Fine Art, 1001 Wright Ave., at 5:30 p.m. Thursday, April 26. “Let the Children March Theatre,” a children’s performance inspired by the book, will take place at 2:30 p.m. Saturday, April 28, at the Main Library of the Central Arkansas Library Services, Youth Services floor. I sat down with Clark-Robinson to find out more about her process and her beginnings as a writer.

What were you doing when you decided you were really going to give this writing thing a try?

I was a confusing combination of adjunct professor, actor, voice-over artist and stay-at-home mom. But writing was always there, even when I wasn’t being serious about it. I’ve got a couple of bad romance novels I wrote that have “postpartum mom” written all over them. They’ve been relegated to some old flash drive somewhere.

Who become some of your authors over the years?

I’m a big fan of Jane Yolen — her career and her writing. I love how she has been able to master books across multiple genres. I also love Lois Lowry; Orson Scott Card; Carole Boston Weatherford; Andrea Davis Pinkney and Brian Pinkney; Laurie Halse Anderson; and J.K. Rowling, of course. Many genres, many styles. As the saying goes, as a writer and reader, I contain multitudes!

Where did you get the idea for “Let the Children March”?

I was sitting in church in 2011, the day before MLK day. The services had a “time for children” every Sunday, and on this particular Sunday, they told the story of the children’s march of Birmingham, which I had never heard before. But I found out later that day that they had told it wrong! They said that the white cops refused to use the dogs and water hoses on the kids and instead knelt and let the children pass. And that’s 100 percent false. There wasn’t a single cop that refused to use force on the children. I felt called to right the wrong this false story had done, so I began researching and writing … reading the words of the kids and teens who experienced it. Then I wrote my first draft, which was actually a villanelle poem. With the help of my critique group, I revised it until it was as good as I could get it. Once I got an agent and a contract, I got really serious with the research and went to Birmingham to speak with people who had experienced it. I pored over picture after picture in the basement of the Civil Rights Museum there. And I revised with all of that in mind. All in all, I probably have over 60 drafts.

What’s been the most exciting part of the process so far? 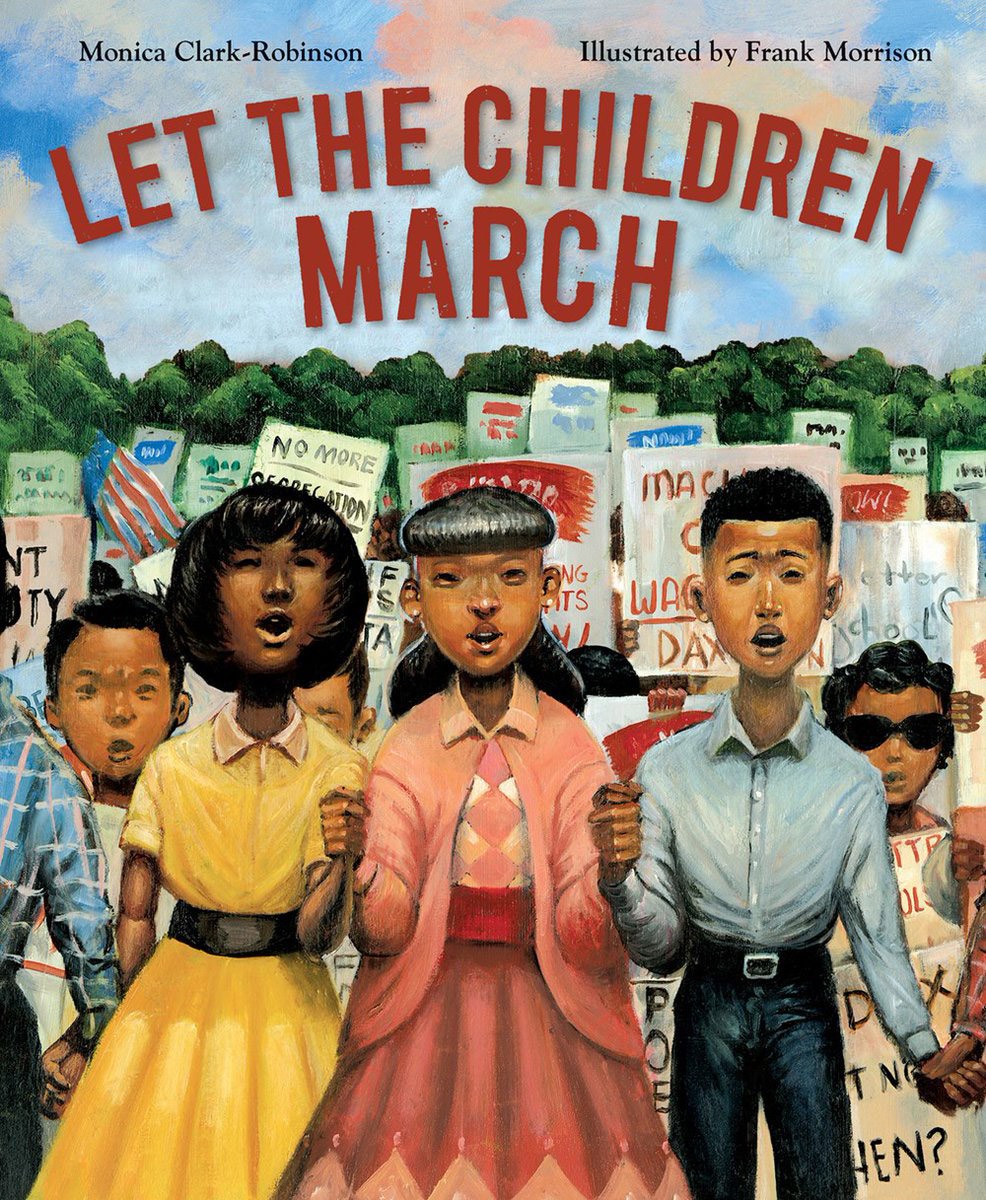 What I have loved the most so far is when parents write to me and tell me that the book was the start of a conversation for them and their children, about the history and about how they can make a difference in the world. … I believe that the right book, at the right time, can change a child’s life or perceptions about the world. I can’t imagine anything better than being part of that process.

What have you been most surprised with since the book came out?

The timing of the book, with the #MarchForOurLives movement, has definitely been a surprise. I wrote the book because I wanted the true story to be known and because I thought we needed the story again, as a lesson in this age of the Black Lives Matter movement and the police brutality I was seeing in the country. But now, suddenly, it’s being used to talk about the gun violence in the schools and the student protests. I think at the core, the book is about giving children their agency and empowering them to change the world around them. And that is a lesson that will, sadly, be needed over and over again.