Young the Giant may not be as prominent as some other indie rockers that have performed at past, but it’s just as good. The Irvine, Calif., started out as The Jakes, but eventually changed its name after releasing “Young the Giant,” its debut album, in 2010. To date, the quintet has three LPs of anthemic indie rock under its belt, the most popular of which is “Cough Syrup,” with an impressive 109,130,005 plays on Spotify. On Young the Giant’s latest album, “Home of the Strange,” the band gets political. Lead singer Sameer Gadhia’s parents are immigrants from India. “It’s a rich kid game, didn’t grow up with a throne/It’s all it really is,” he sings on opening track “Amerika,” contending that you can only achieve the American dream if you’re already born into means. Young the Giant’s style doesn’t ever stay in one place, though. It’s got big rock songs that sound like they were made for an arena (“Crystallized”), catchy sing-alongs (“Silvertongue”) and songs that are just straight-up dancey (“Nothing’s Over.”) Look for a big, energetic, shout-along indie rock set from it. CF 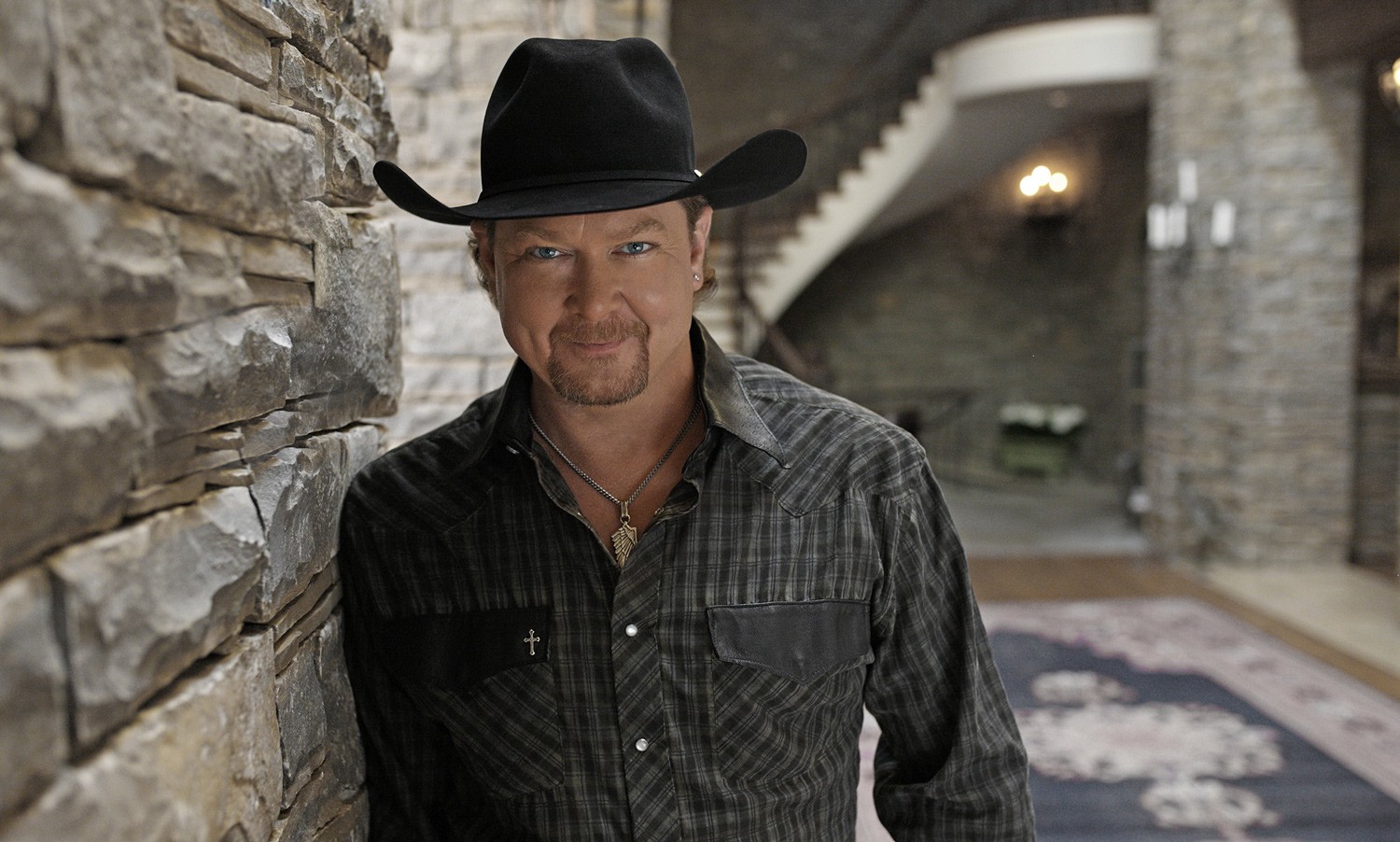 I’ve always liked Tracy Lawrence, and not just because of his Arkansas roots. He had a slew of hits in the early ’90s that we still love today. Singles like “Sticks and Stones,” “Alibis,” “My Second Home” and “Texas Tornado” have stood the test of time as great country songs. But it was the 1995 hit “If the World Had a Front Porch,” which glorified “purple hulls” and “distant whippoorwills,” that I liked the best. He not only sang but co-wrote it as well. And it’s one that wouldn’t hurt us all to listen to, reflect on and learn a little something from every now and then, with its lines like “if the world had a front porch like we did back then, we’d still have our problems, but we’d all be friends.” Lawrence grew up in Foreman (Little River County) and attended Southern Arkansas University in Magnolia before finding success in Nashville. Younger country fans may remember him for the 2007 hit “Find Out Who Your Friends Are” that featured guest vocals by Kenny Chesney and Tim McGraw. His latest album is “Good Ole Days,” which pairs many of his iconic hits with some of today’s most popular country stars. These include Luke Bryan singing along on “Sticks and Stones,” “Alibis” with Justin Moore, “Paint Me a Birmingham” with Easton Corbin and “Texas Tornado” with Dustin Lynch. It’s not only a great idea, but as Chuck Dauphin of Sounds Like Nashville pointed out, “This is a great reminder of how great that time was, and also how great Lawrence’s artistry was — and is!” BP 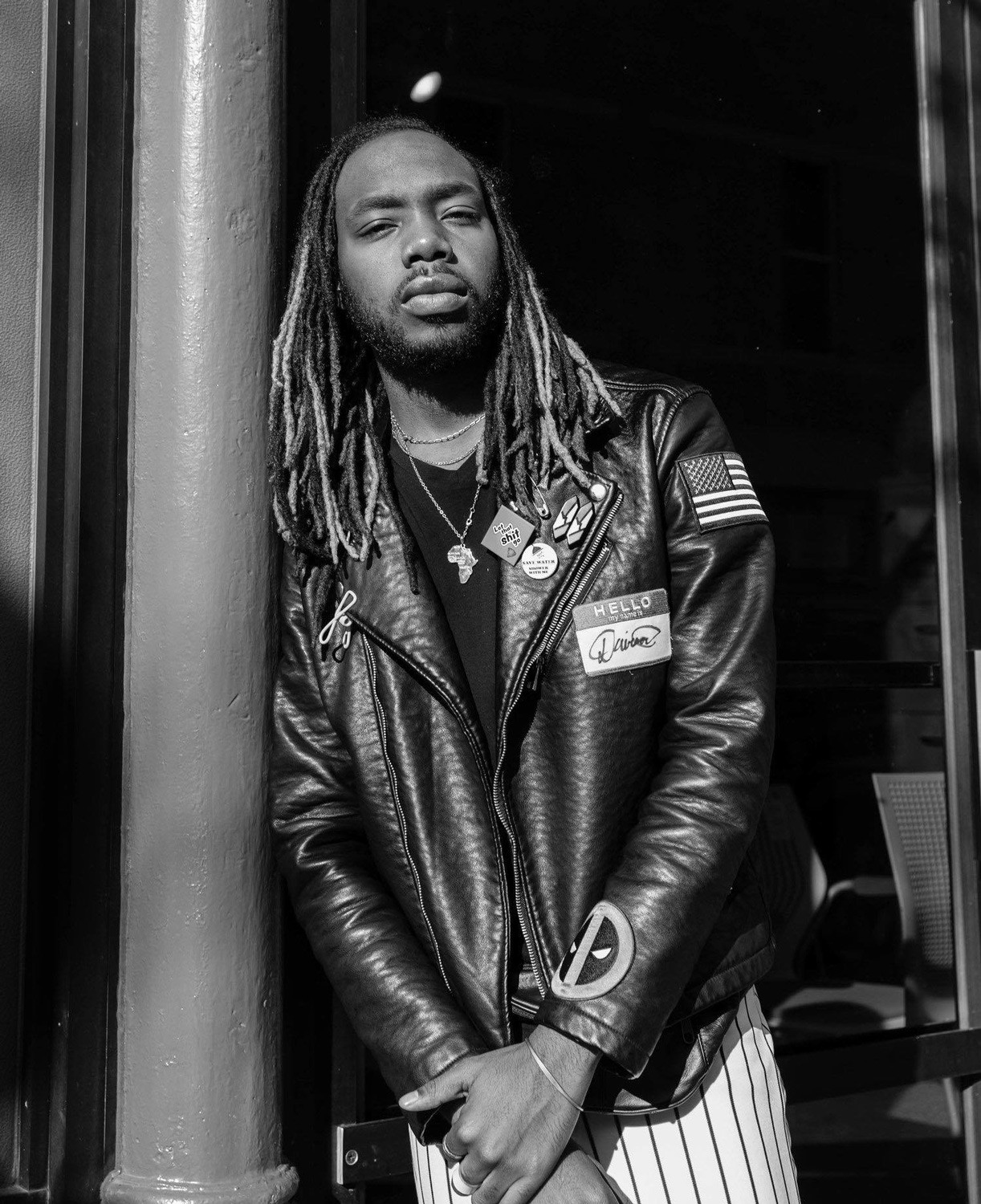 Joining locals Amasa Hines and Jamie Lou & The Hullabaloo on the lineup is Levelle Davison, the Little Rock native whose rendition of The Bee Gees’ “To Love Somebody” turned the judge’s heads during a blind audition on NBC’s “The Voice” in February. Davison was eliminated (or robbed, depending on whom you ask) March 20 from the reality vocal competition show, but that means he’s back home with a gospel and R&B-tinged set for this year’s RiverFest. SS 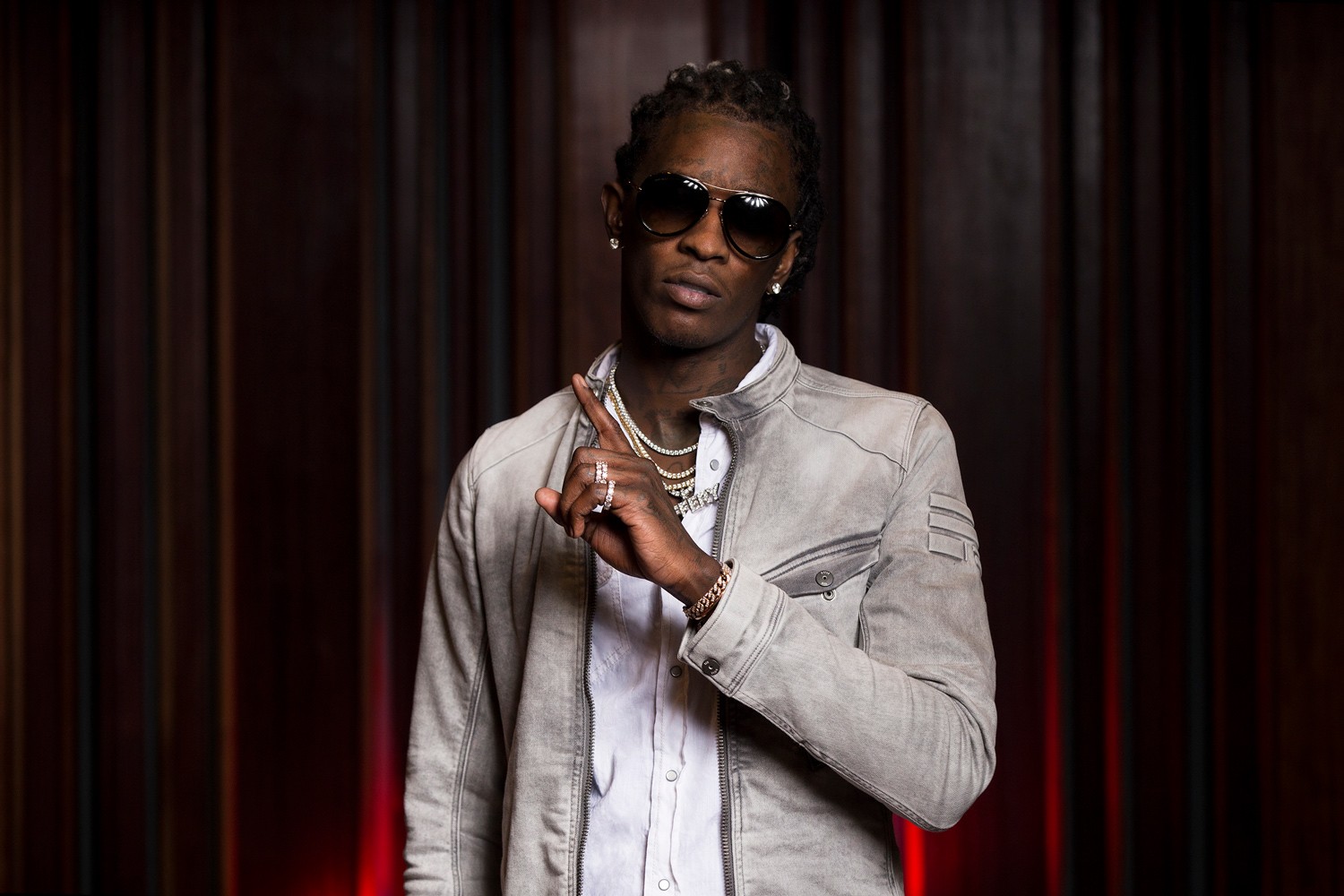 The other “young” moniker on the RiverFest lineup is a rapper hailing from Atlanta whose real name is Jeffery Lamar Williams. “Thugger,” as he’s also commonly referred to, has an interesting Arkansas connection (besides having performed at the Metroplex Live back in 2016.) Former Arkansas Times entertainment editor Will Stephenson wrote the cover story on Young Thug for The Fader magazine, tracing the rapper’s ascent to household name status, and calling him “Atlanta’s wildest rapper.” Williams got his first big break when he signed on to fellow Atlanta rapper Gucci Mane’s label and, as Young Thug, he’s been praised for his vocal style and unique approach to rapping, warping and reaching for syllables you didn’t know existed. “Pick Up the Phone” from his 2016 mixtape, “Jeffery,” is as catchy as anything you’ve ever heard, with some great hooks and bubbling synths. Young Thug’s latest mixtape is 2017’s “Super ,” a team-up with fellow Atlanta rapper Future. This year he’s released an EP, “Hear No Evil,” featuring Nicki Minaj, Lil Uzi Vert and 21 Savage — which seems uncharacteristic for someone who perpetually has another mixtape in the works. Expect a high-energy, nonstop set full of hi-hat trap beats and warbling synths perfect for a Saturday night. There may even be the rare ballad here and there, like “Relationship” from “Beautiful Thugger Girls.” CF 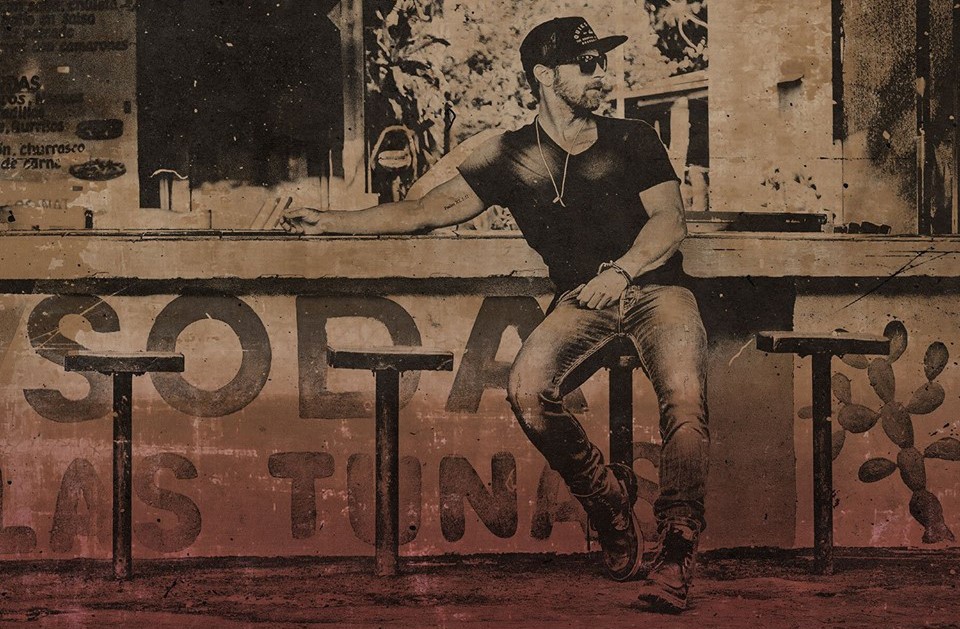 The story goes that a certain former college golfer named Kip Moore packed up his belongings and headed from Georgia to Hawaii, where he lived in a hut, surfed, backpacked and wrote songs. Fast-forward a few years and that vagabond of sorts is now making a living in the world of country music. But he’s left the golf shirts behind, often performing in a sleeveless T-shirt and a backward baseball cap — attire that should be excellently suited to singing outdoors in Arkansas in late May. In a review of his music, Billboard once noted that “Moore spends much of his debut album, ‘Up All Night,’ outlining the pleasures to be had from hot women and cold beverages.” Well, so be it. That album brought us the smash hit “Somethin’ ‘Bout a Truck” as well as “Beer Money” and “Hey Pretty Girl” — songs that we loved. Speaking of pretty girls and love, Moore has explained how he tries to approach romance in his music. “I am not drawn to the fairytale kind of love,” he has said. “I am drawn to the real-life experiences between a woman and a man. I try to sing about the way it is, but yet at the same time, what you can hope for between a couple.” Moore’s second and third albums have shown his versatility, and he continues to earn critical praise. CMNB (Country Music News Blog) put it like this: “From his gravelly voice to his honest, well-written lyrics, you cannot help but be drawn into the stories he tells in each one of his songs.” BP 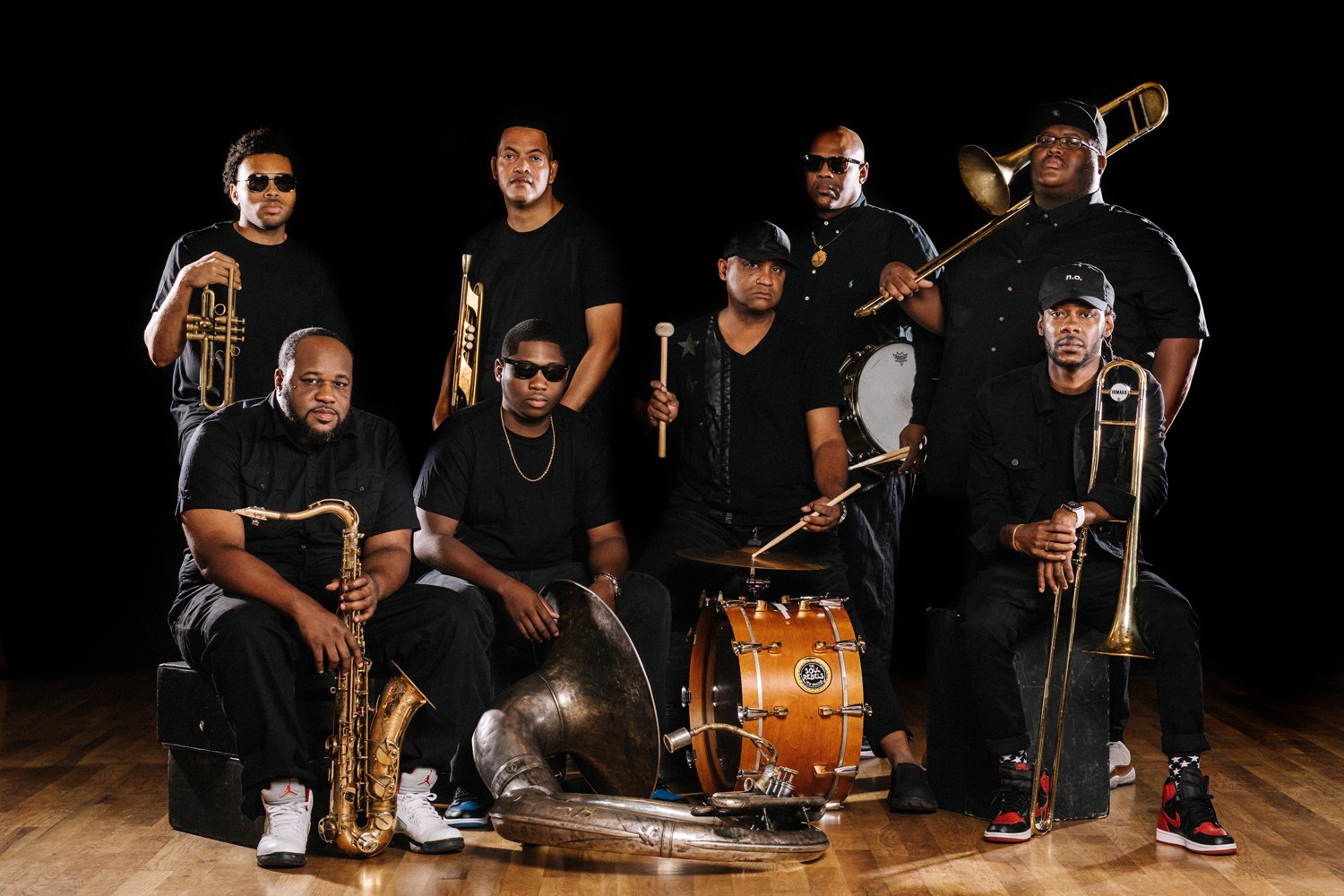 The Soul Rebels are an eight-piece brass ensemble from New Orleans that everything from funk and hip-hop to rock and pop. New York’s Village Voice once described them as “the missing link between Public Enemy and Louis Armstrong.” They’re more known for their very impressive list of collaborators: The Roots, Metallica, Green Day, Nas, Marilyn Manson. The list just keeps going. The Soul Rebels are no strangers to the festival circuit; they headlined the Summer Sonic Tokyo Festival, Metallica Orion Music + More Festival and Electric Forest. This year at RiverFest, they will be performing with Brooklyn rapper Talib Kweli, one half of the hip-hop duo Black Star with Mos Def (who now goes by Yasiin Bey). Streaming services won’t help you out if you’re looking to become acquainted with their music and performances beforehand — it’s best to go to YouTube to get a glimpse of their impressive resume (there’s even some with Talib Kweli). Out of all the acts at this year’s , The Soul Rebels’ will have something for everyone, uniting old heads and new alike. CF 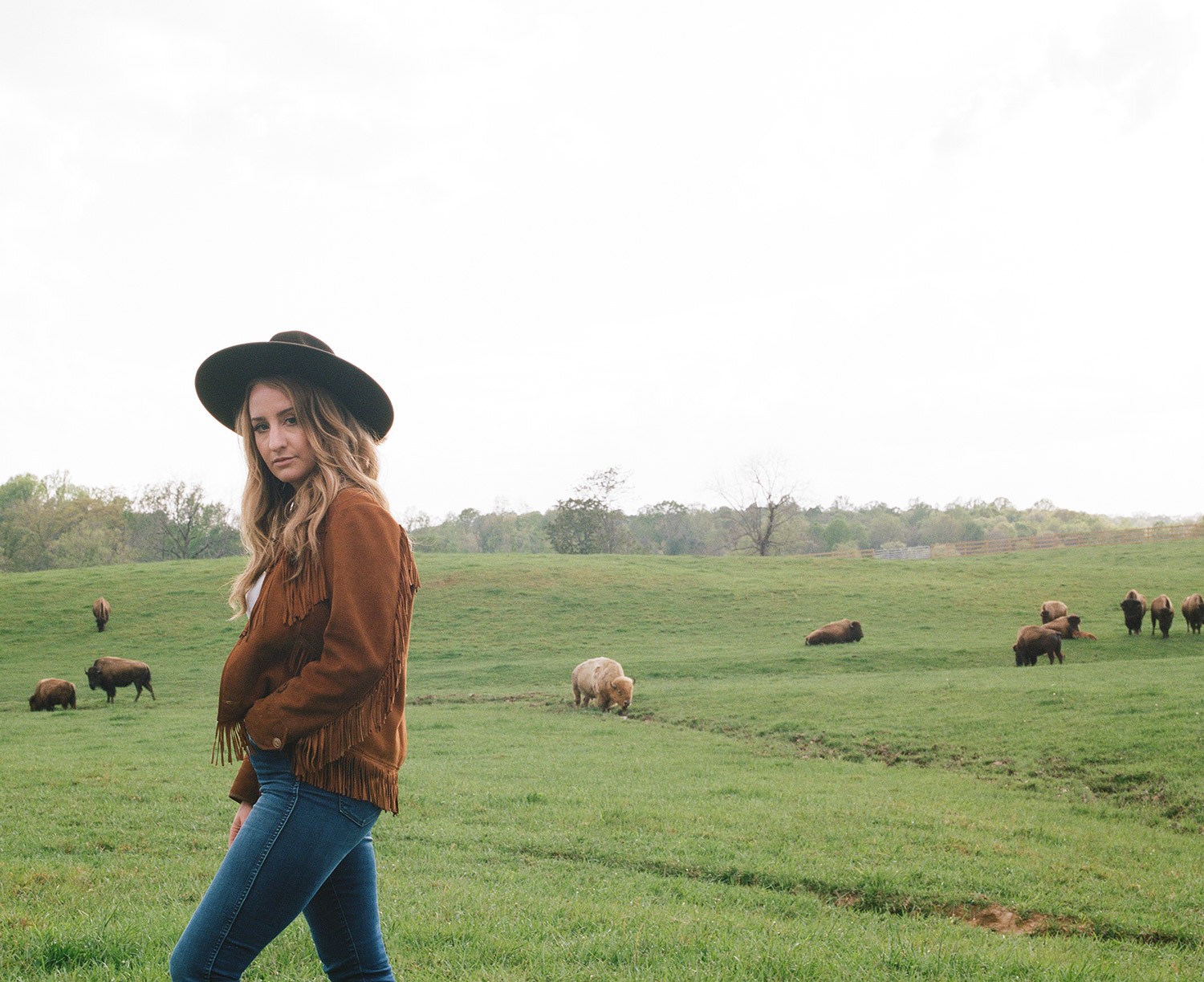 Country music might profess to love an outsider, but that love hinges delicately on the question “Outside of what?” Outside of the Nashville establishment, a la Sturgill Simpson busking outside the 2017 Country Music Awards, taking donations for the ACLU? Outside the patriarchal establishment, a la “The Pill” — the 1975 anthem that got Loretta Lynn in hot water with radio stations and the conservative country contingent? Folk heroes aren’t often named as such until their careers are seen in the rearview mirror, or until they’re dead, and it’s wildly exciting that a ballbuster like Margo Price is making waves now, in her prime. Even better? Her brand of ballbuster doesn’t involve playing of the rowdy, unhinged revenge artist we know from songs like “Before He Cheats,” but the kind where you take genuine risks, calling out gender-based double standards and big banks and pay gaps in your lyrics. It sure doesn’t hurt that all that protest comes part and parcel with a darling of a croon, a penchant for turning out surprise shows at American Legions, big choruses cradled by sweet ’70s-era string sections (as in “Hands of Time”) and solid autobiographical songwriting that draws on Price’s jail time, the loss of her newborn son, her battle with the bottle and her childhood as the daughter of a farmer-turned-correctional officer. SS 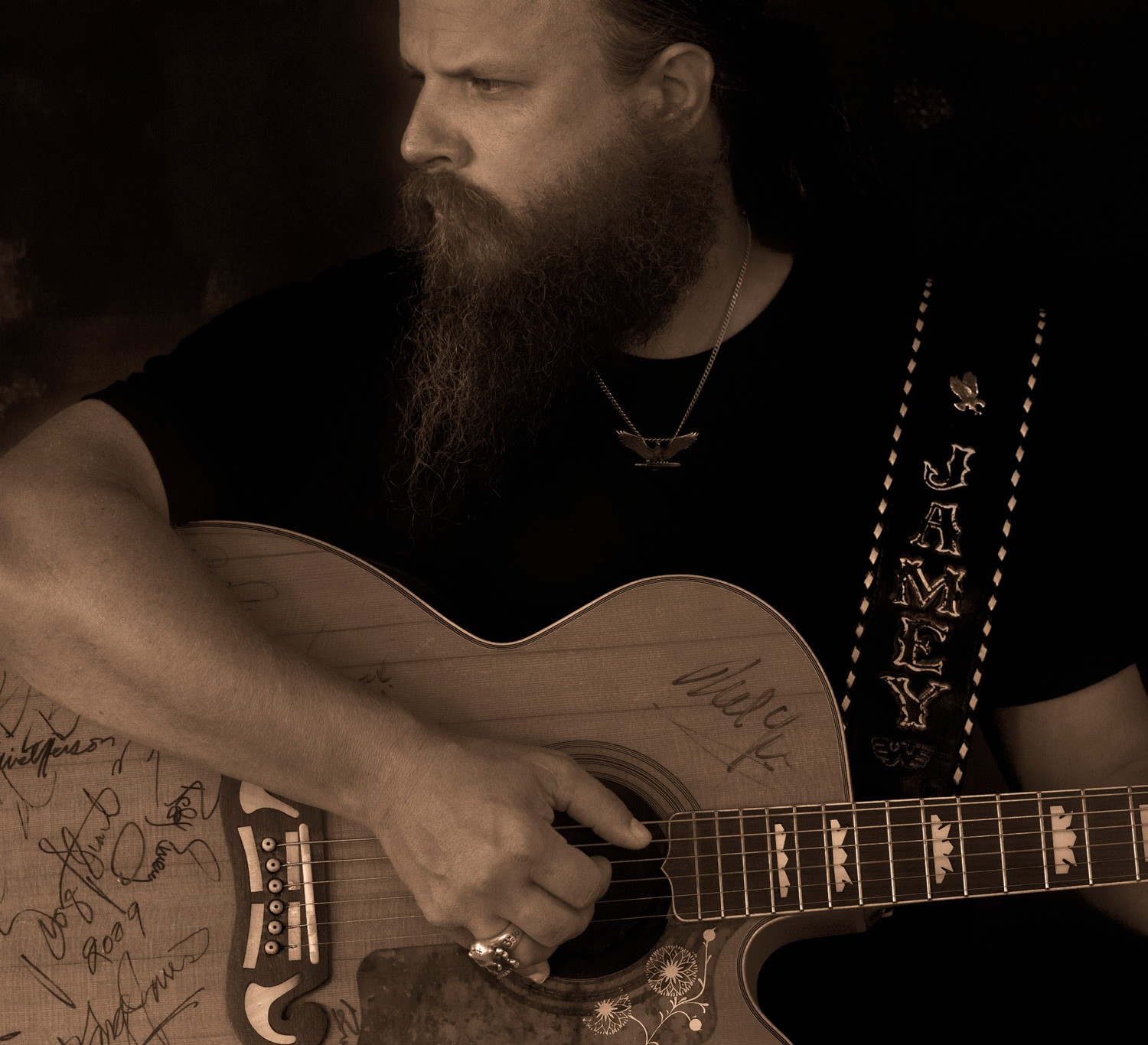 Jamey Johnson was the latest successful country male vocalist with scraggly long hair and a bushy beard before Chris Stapleton took over that mantle. You gotta admire both of them for their individualism in the current Nashville trend of mostly clean-cut guys. Regardless of his appearance, though, it’s Johnson’s music that makes you stand up and take notice. He’s terrific at pairing his great baritone voice with some gritty lyrics. Back in 2010, Ann Powers put it this way for the Los Angeles Times: “Jamey Johnson’s music is hard, like a metal slide on a pedal steel guitar; it’s real, like the kernel of truth within the tall tales swapped by studio musicians after much Jack Daniel’s has been consumed. It’s a consummate blend of artifice and self-revelation, an intricately crafted container for elemental stuff — the dirt of work, the sweat of love, the tears of a particularly bad hangover.” Like his hero Willie Nelson, Johnson is an outlaw of sorts in country music, but he’s found his place. You may know him for hits “The Dollar,” “In Color” and “High Cost of Living,” but it was his 2012 album “Living for a Song: A Tribute to Hank Cochran” that completely won us over. Timeless songs and excellent collaborators gave us some super duets, including “Make the World Go Away” with Alison Krauss, “I Fall to Pieces” with Merle Haggard, “Don’t You Ever Get Tired of Hurting Me” with Nelson and, my favorite of the bunch, a terrific version of “This Ain’t My First Rodeo” with the always incredible Lee Ann Womack. Yep, Jamey Johnson belongs, and we’re glad he does, long hair, beard and all. BP