Only the darkest of souls doesn’t love a puppy dog. If a person who sees your puppy doesn’t say, “Awwwwwww,” back off. That person might be a sociopath. We mean, look at the president of the United States. He can’t stand them back to puppies. When they’re not whining piteously in the middle of the night, ripping your new sneakers to shreds or teething on your finger, nothing’s more lovable than a pup. In that spirit, here are our six favorite dogs under 6 months who entered our Greatest Dog in Arkansas contest.
Jasper
Little Rock

Jasper is a 5-month-old Blue Heeler, aka an Australian cattle dog. He loves playing catch, “has super wiggle butt powers” and “loves giving kisses to humans, cats and other doggies,” owner Molly Oman reports. Plus, when he swims, he loves to blow bubbles. 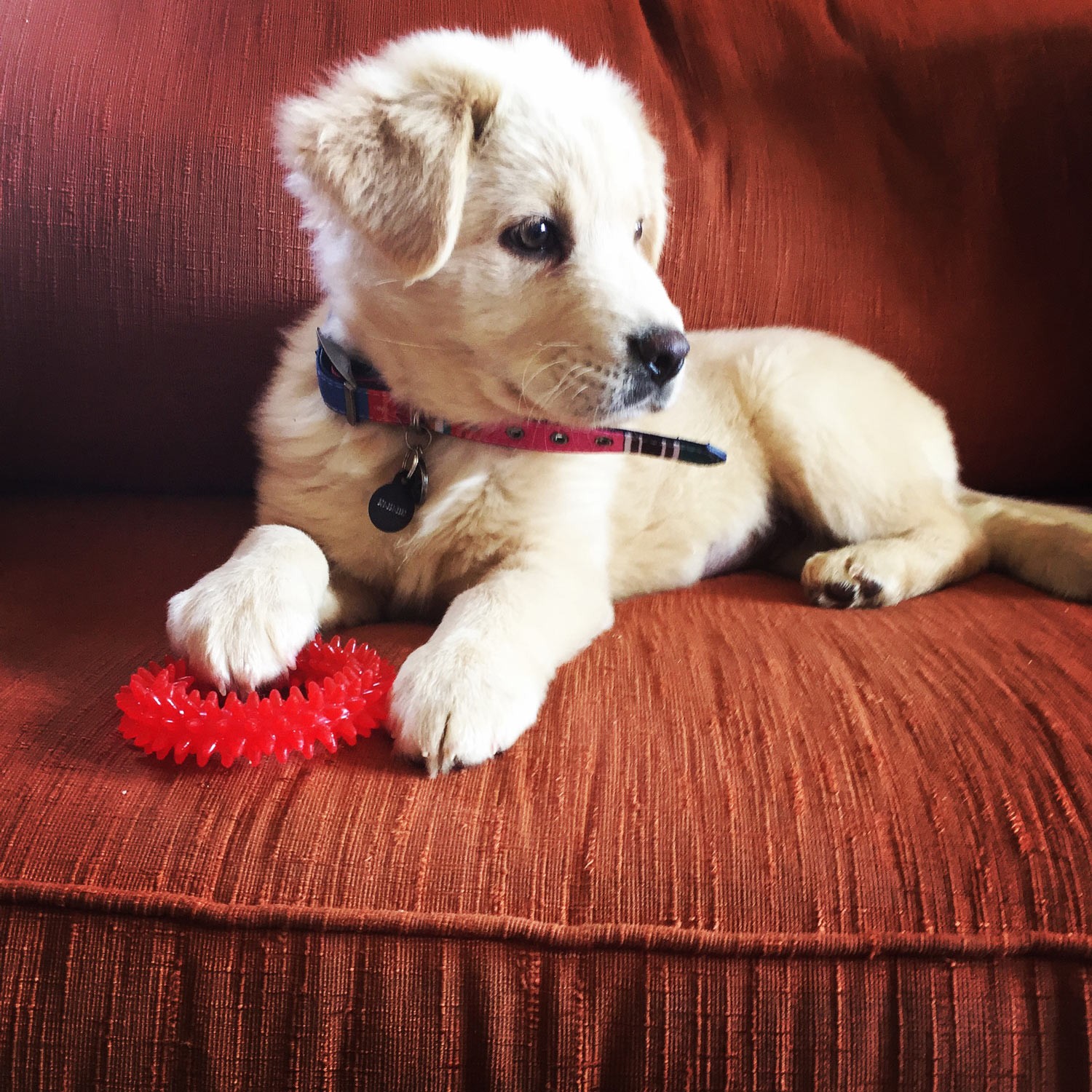 Frances Pancake, “Frankie” for short, is a 4-month-old Golden Retriever/Pyrenees mix. “Only small for now,” dog mom Natasha Deal notes. She’s “the cutest, softest, sweetest best.” Deal rescued her recently from the North Little Rock Animal Shelter and the pup “has won the hearts and minds of all who meet her.” took her to a craft fair a couple of weeks ago, “but couldn’t ever shop because we were met with one after the other delighted can-I-pet-your-puppy co-customers the whole time. When she sees anyone approach on the street, she sits in the middle of the sidewalk and wags her tail and gently puts her head out, patiently awaiting incoming pets. Two people have jumped out of cars to meet her — one woman in a late-night Uber, one 16-year-old on her birthday whose mom won’t let her have a dog — while we have been on a walk. She is beloved among the people.” For “Game of Thrones” fans, Deal adds, “I should have named her Khaleesi. Y’all would all end up Jorah.” 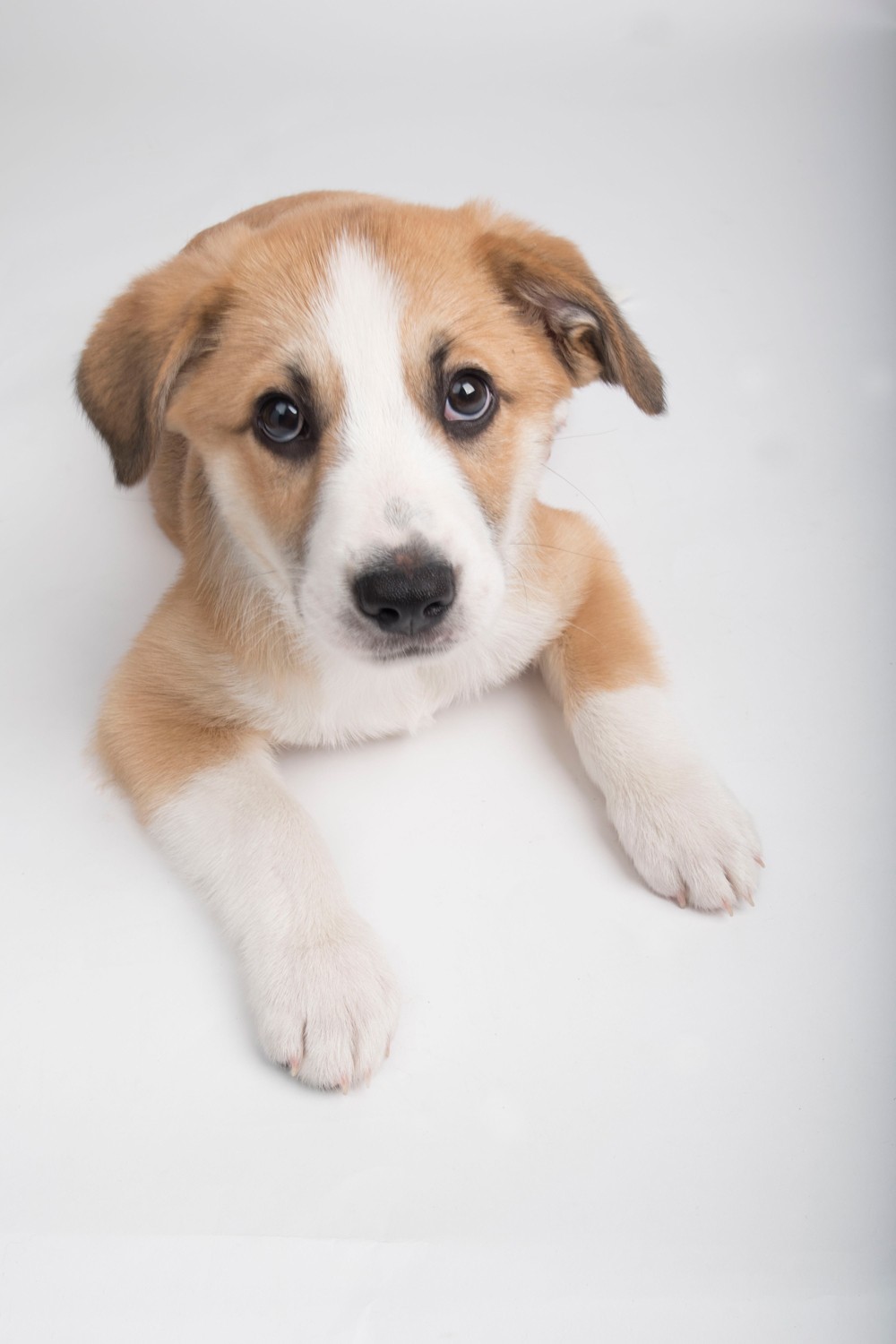 We generally resist nepotism here at the Times, but when it comes to Max, the unofficial staff dog of AT HQ, all scruples go out the door. just look at him! Jason Ho, our art director, adopted Max from some friends from Russellville. He reports that the 4-month-old half-Corgi, half-Australian Shepherd likes “to sleep on his back with his feet in the air and some kind of toy on his mouth.” Ho says, “He can swim really well, but hates water like a cat.” A mouse-chasing app on the iPad keeps him distracted for long stretches. Keep an eye out, downtown dwellers. He often takes walks with Daniel, the safety-vest-clad dog walker. 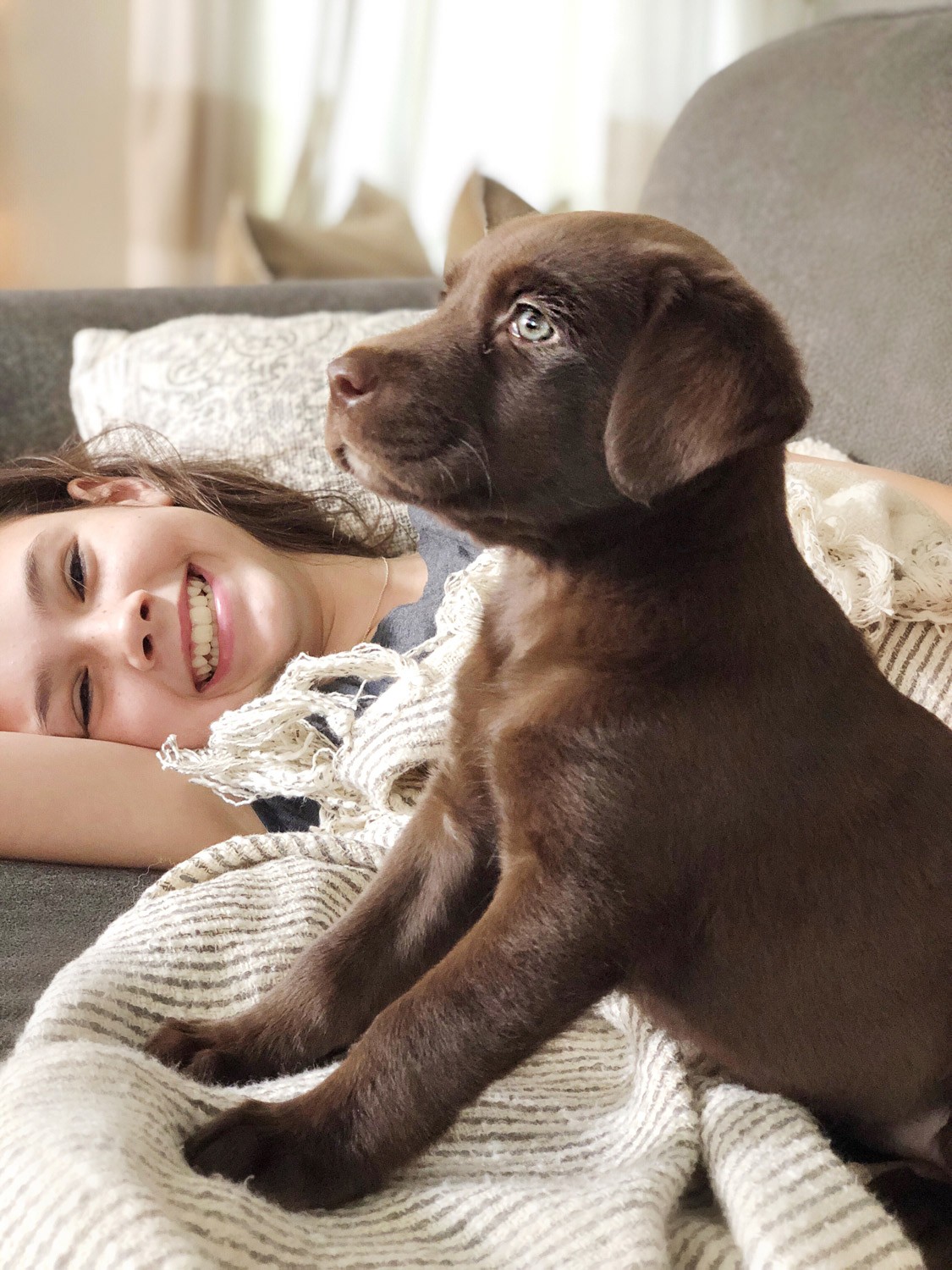 Stella, a 3-month-old chocolate Lab, was rescued along with her seven siblings from under an old house in Bauxite. “She chews on everything and her exercise is chasing our Roomba vacuum around the house!” owner Bailey Clark says. But Clark says, “She can get pretty much anything she wants with her great big hazel puppy dog eyes!” 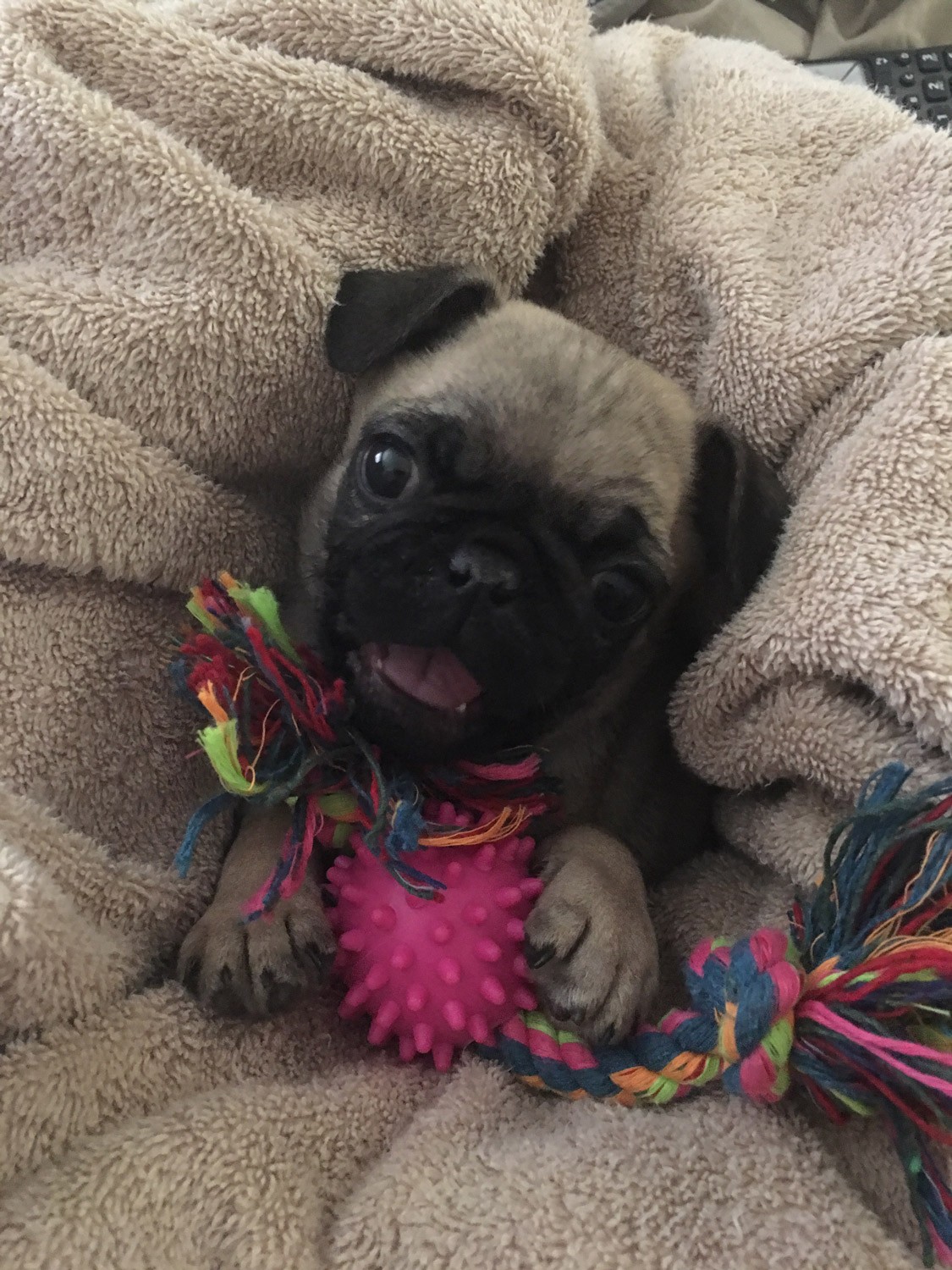 Herk is scared of everything. Once, when the 6-month-old Pug’s owner, Kristina Mulhollen, took him out back to do his business, he heard the Yorkie barking behind a fence and ran straight back inside. But in the house, where he can chase toys and Mulhollen’s three daughters, who adore him, he’s “the king,” she says. “He gives us joy daily!” 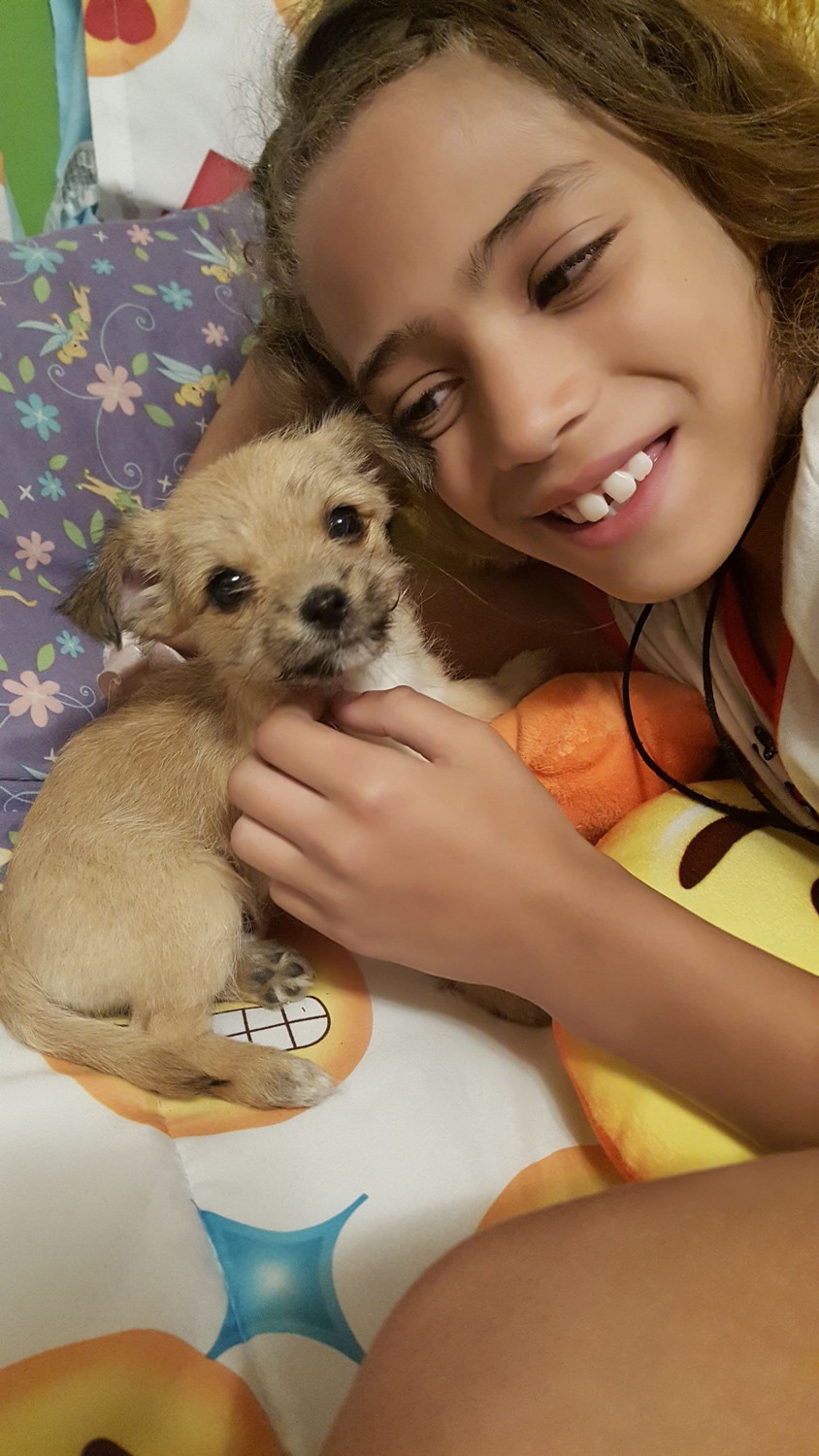 Bridget Kay Foster wanted a therapy dog for her 10-year-old who suffers from severe anxiety, but couldn’t afford the expense. Oakley, a 4-month-old Lhasa Apso and Chihuahua mix, doesn’t have the formal training of a therapy dog, but he’s working wonders nonetheless. Foster’s daughter’s — chewing on her fingers out of anxiety — has subsided because Oakley is always by her side wanting attention. Foster reports that Oakley “likes to sleep on her [daughter’s] head, and he sleeps on his back with his feet in the air.”