Did you hear that Little Rock is one of the “50 worst cities to live in”? That’s what a list USA Today published last month said. The capital city is “the worst city to live in in the state and one of the worst in the country,” said the report, which was compiled by the website 24/7 Wall Street. The article placed Little Rock at No. 19, between Compton, Calif. (No. 20), and Gary, Ind. (No. 18). Detroit was atop the list — or on the bottom, from the city’s perspective — and Fort Smith was ranked 50th worst, but only  Las Vegas, the previous No. 50, pointed out a data error that got it removed from the list.

The technical term for these rankings in the world of statistical analysis is “bullshit.” Those who make the rankings use imprecise data, or data imprecisely, to cynically manipulate people’s insecurities about the places they live. And the ploy often works. These meaningless numerical concoctions grab the attention of the public and, sometimes, elected leaders.

So it went in Little Rock, where news of our city’s ignominy didn’t make it here until last when the Arkansas Times published an online squib on the rankings. The Arkansas Democrat-Gazette followed with an online article that included a humdrum  from Little Rock Mayor Mark Stodola: “I invite 24/7 Wall Street to come down and experience for themselves our downtown renaissance, generous and welcoming people, natural beauty and comfortable way of life. In the meantime, we’ll continue working tirelessly to build an even better Little Rock.”

On arkansasonline.com, the Democrat-Gazette’s website, many commenters appeared to confuse the capital city with the bleakest version of Gotham City. From a commenter named Slak: “Napalm followed by bulldozers would clear out most of the violence and property crime. There’s nothing of value; burn out the filth, clean up the debris, get a fresh start.” Perhaps in response to Stodola’s statement, CartoonDude said, “It is terribly irresponsible to suggest people  visit your downtown without warning them to always travel in a group, avoid alleys, and NEVER be downtown after dark.” Hawk1945 wrote, “We will not even go to Little Rock if at all possible, because of violent crime.”

Did you know Wally Hall, the Democrat-Gazette’s longtime sports editor and columnist, occasionally offers trenchant social commentary, too? In a brief note last week, he said it was hard to argue with Little Rock’s selection based on the “crime number and jobs the article quoted (it didn’t quote anything about jobs), but that USA Today obviously didn’t take into account the Arkansas River Trail, Dickey-Stephens Park or restaurants like Corky’s or Doe’s.

“Little Rock tends to live better, for a lot of us, than its data indicates,” John Brummett, the daily paper’s centrist political columnist, wrote in another column. But he also said, “The city and others like it — where significant minority populations have been abandoned, isolated and neglected — deserve to be judged with appropriate harshness.” 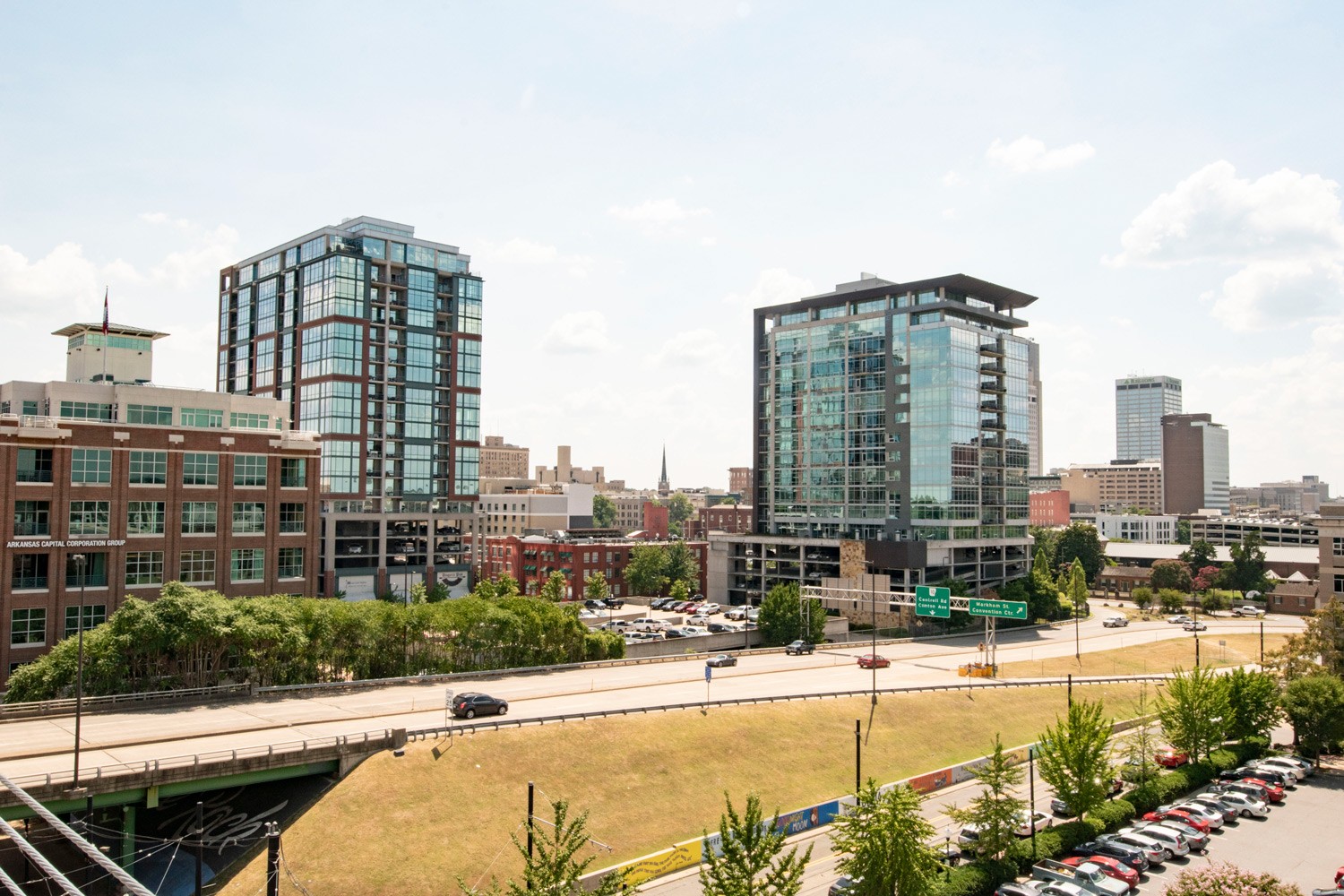 Others pointed out that Little Rock has often scored high in other similar rankings. After all, Movehub.com put it at No. 86 in its global ranking of “hipster cities,” which  determined by counting the number of vegan eateries, coffee shops, tattoo studios, vintage boutiques and record stores per 100,000 residents. Meanwhile, one publication you may have actually heard of, U.S. News and World Report, had Little Rock as the 38th best city in the country last year.

After the recent media flurry around the USA Today article, Resonance, a consulting company that owns the website bestcities.org, tweeted at the Little Rock Convention and Visitor’s Bureau that its best “small” cities ranking — “citing many more data points than many ‘other’ studies” — found Little Rock to be a great place to live. And, oh, by the way, Resonance would love to provide consulting services to the LRCVB, like it has for Visit Fayetteville, Destination Cleveland and Travel Portland. On the Resonance list, Little Rock was No. 23, between Wichita, Kan. (No. 22), and Greenville, S.C. (24). Honolulu was No. 1.

Leading with Honolulu, a large city with all the requisite cultural amenities and known for its beaches, at least passes the eye test. The No. 1 city in which to reside in the “best” city rankings from 24/7 Wall Street? Carmel, Ind., a well-to-do suburb where my sister-in-law and her family live in a lovely house in a lovely that looks remarkably similar to many other lovely houses and lovely nearby. It has nice parks and a new downtown with all sorts of New Urbanist flourishes, but its proximity to Indianapolis is the main thing it has going for it.

University of Delaware Professor Joel Best, the author of “Damned Lies and Statistics: Untangling Numbers from the Media, Politicians, and Activists,” said the first time he became aware of city rankings was when he was living in Fresno, Calif., in 1984, and a geographer ranked Fresno last among 277 cities considered in a “Places Rated Almanac.”

Best  that The Fresno Bee newspaper “got very excited” over the low ranking, in part because Bakersfield, Calif., near Fresno and widely seen, according to Best, as “a terrible place,” was ranked higher.

“There was a powerful feeling something was amiss,” he said, laughing.

The trend of ranking cities coincided with the rise of the personal computer and spreadsheet software. Anyone with those tools could assemble an index aimed at ranking various criteria. “It became a game of figuring out what statistics were available and cobbling them in some sort of ranking … and predictably you get a lot of [media] coverage from cities that do well,” Best said.

The internet made such lists ubiquitous. Turns out readers can’t get enough of rankings coated in a veneer of math. Legacy media organizations, like U.S. News and World Report and Time’s Money magazine, seem to promote their best cities and colleges lists ahead of everything else they publish — surely because that’s what generates the most traffic and, in turn, advertising revenue. That appears to be the same business model for 24/7 Wall Street, the Delaware-based website behind the worst cities list in which Little Rock figured. It churns out more than two dozen stories a day, including many that rank things, and has syndication arrangements with Yahoo! Finance, The Huffington Post, USA Today and more. Everything the website publishes is transparently designed to generate maximum traffic to sell advertising against.

Then there are sites, like WalletHub, that compile endless “studies” on cities they distribute to media in a marketing-as-content strategy in hopes that people will read a story about the fattest cities in America (this year: Little Rock/North Little Rock) and remember the name “WalletHub” when they’re looking for a site to help with personal finance.

The connective tissue among the endless city rankings? “They’re absolutely meaningless,” according to Best, who’s spent much of his career writing about innumeracy — the mathematical equivalent of illiteracy — and how statistics are misused and misunderstood. Like U.S. News’ and other groups’ best colleges lists, the city rankings fit into a category Best calls “magical numbers.” 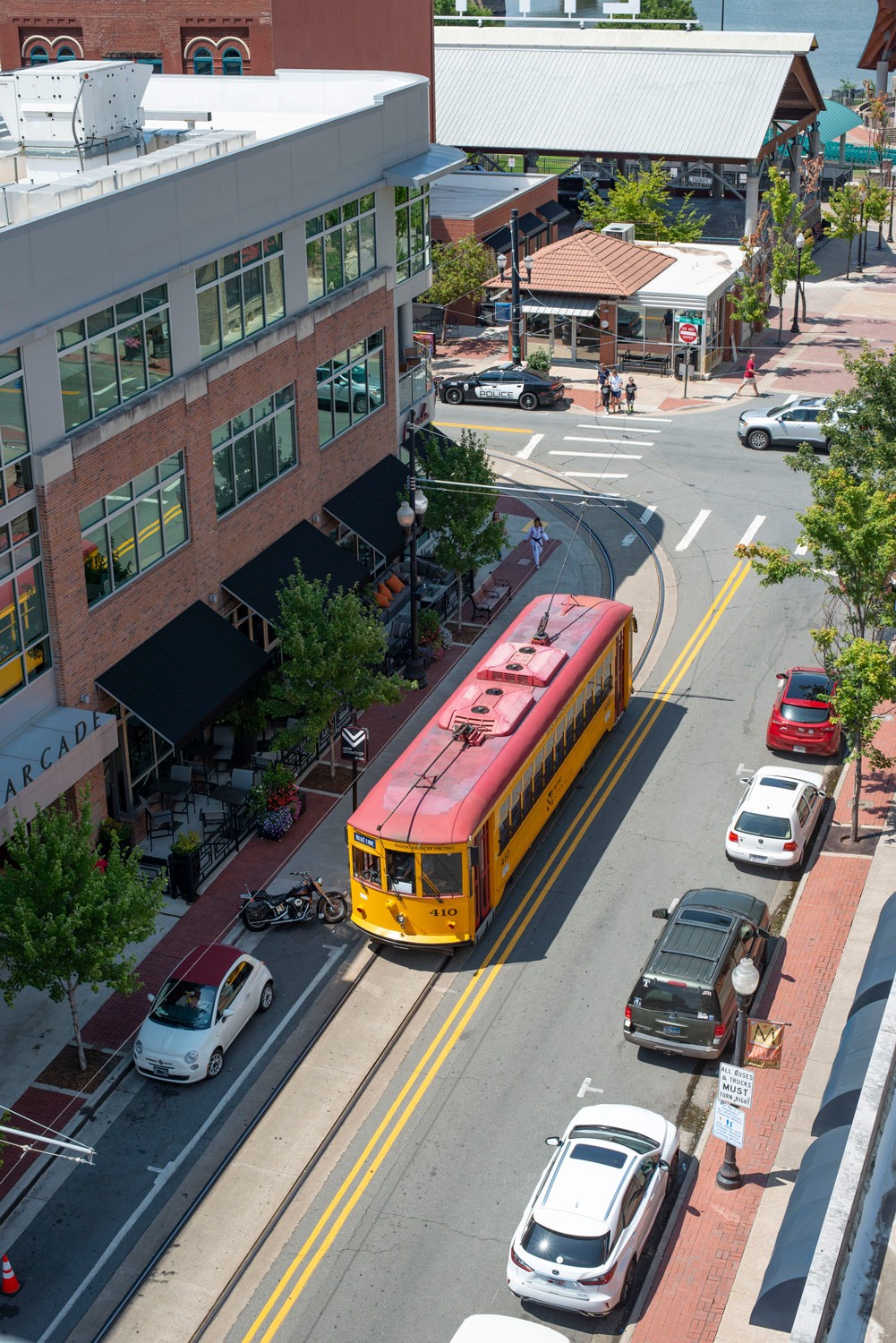 “[W]e often turn to statistics for their magical ability to clarify, to turn uncertainty into confidence, to transform fuzziness into facts,” Best writes in his book “More Damned Lies and Statistics: How Numbers Confuse Public Issues.” “These statistics don’t even need to be particularly good numbers. We seem to believe that any number is better than no number, and we sometimes seize upon whatever figures are available to reduce our confusion.”

24/7 Wall Street explains that its methodology includes statistics that measure crime, demography, economy, education, environment, health, housing, infrastructure and leisure. It’s impossible to truly dissect how the website arrives at its rankings because, unlike its peers, it doesn’t explain how it weights individual categories. (After responding quickly to a question about methodology, 24/7 Wall Street Editor-In-Chief Douglas McIntyre didn’t respond to a follow-up about how categories weighted.) But even if we could see how the website determines its scores, it wouldn’t lend any authority to its conclusion because there aren’t datasets that comprehensively track any of its chosen categories. The data 24/7 Wall Street and all other list makers are using is a proxy for what they claim to measure, and it’s often a bad proxy.

Take the “leisure” category in the 24/7 Wall Street list. Part of the scoring claims to quantify the number of leisure activities nearby, but outside, a city. To account for that it adds up the number of zoos, nature parks, ski resorts and golf courses in the counties surrounding a city. That conception of how leisure time works might make sense for large cities that constitute most if not all of a county, but in a mid-size city like Little Rock, few of us would travel outside Pulaski County to do any of those things (because, sadly, the I.Q. Zoo in Hot Springs is closed and Garland County is not immediately adjacent to Pulaski County). And why the seemingly arbitrary choice to track ski resorts and not beaches or lakes? Probably because the data on recreational bodies of water is messy or not readily available.

Even harder numbers like crime rates aren’t that great for determining how safe a city is. Crime isn’t uniformly distributed. In Little Rock, what most of us would think of as violent crime is concentrated in the south and southwest parts of the city. In an interview, Mayor Stodola told the Times that about 60 of the violent crimes Little Rock reports are for theft of items valued at less than $1,000. For instance, in Stifft Station, where I live, it’s highly likely that, if I leave something valuable in my car and don’t lock it, someone is going to steal it. But it’s highly unlikely I’m going to be robbed or hit by stray gunfire.

“We’re like any urban city in the country; we have our challenges,” Stodola told me. “But we also have things we’re very, very proud of and we continue to work on all of them.”

Only Scott publically weighed in on the rankings, tweeting that as a Little Rock native it hurt him to see Little Rock place on the worst cities list. But, he said, a change was going to come: “I wouldn’t be running for Mayor of #LittleRock if I didn’t believe in what’s possible for our city, and the path we can take to unite each corner, strengthen our infrastructure, create safer communities, and make basic quality of life essential for families and neighbors.”

And maybe that’s the ultimate takeaway from these endless rankings: They may not add up to anything, but, especially in an election year, there’s nothing wrong with getting provoked to debate all the ways in which Little Rock could be better.