A weekend away can be a time to nap and read, but it can also be a value-added vacation, one where you aren’t at home, someone else is doing the cooking, and you’re doing something you always wanted to do. Like dog with a baby goat on your back. Or kayaking. Beginning stone carving, anyone? Or being able to answer the question “Is that Penstemon I see before me?”

Weekend workshops, where you can work in some learning with your off time, can be found all over Arkansas. Some include lodging, like Heifer Ranch. Others are for campers or day-trippers or just-marrieds who want to add a certain je ne sais quoi to their escape to their honeymoon in Eureka Springs.

For two decades, the Eureka Springs School of the Arts, now located on 55 acres northwest of Eureka off U.S. Highway 62, has been an arm of the arts scene that defines the quirky mountain town. It offers dozens of different workshops that run from one to five days year-round, including many weekend classes.

A taste of what you can get during an ESSA weekend: In October alone, two-day workshops in felting , silver ring-making, tool sharpening, beginning blacksmithing and air painting were offered (plus a four-day workshop in enamel and fold-forming copper). In November and December, there will be classes in technique, greeting cards, beginning stone carving, ceramics and digital photography.

Some instructors, like metal artist Sarah Doremus of Deer Isle, Maine; cowboy boot-maker Lisa Sorrell of Guthrie, Okla.; and steel sculptor Victoria Patti of Arvada, Colo., travel to ESSA to teach. Others, of course, come from Eureka, such as woodworker Doug Stowe, who was a co-founder of ESSA and was named the 2009 Arkansas Living Treasure by the Arkansas Arts Council, and weaver and beader Eleanor Lux, another co-founder and Arkansas Living Treasure.

Cleveland said classes appeal to both career artists and people who just want to try their hand at or calligraphy or stained glass or paper mache. She suggested that interested folks sign up early, though it’s sometimes possible to get a seat on a day’s notice for the impulsive vacationer; class size varies according to medium and instructor. Prices also vary according to medium, from (for example, from previous offerings) $75 for a Saturday tool sharpening class to $130 for a Saturday-Sunday class to $370 for a Friday-Sunday class in stone carving. You can sign up for classes online at www.essa-art.org; a 2019 course is due out at the end of November. 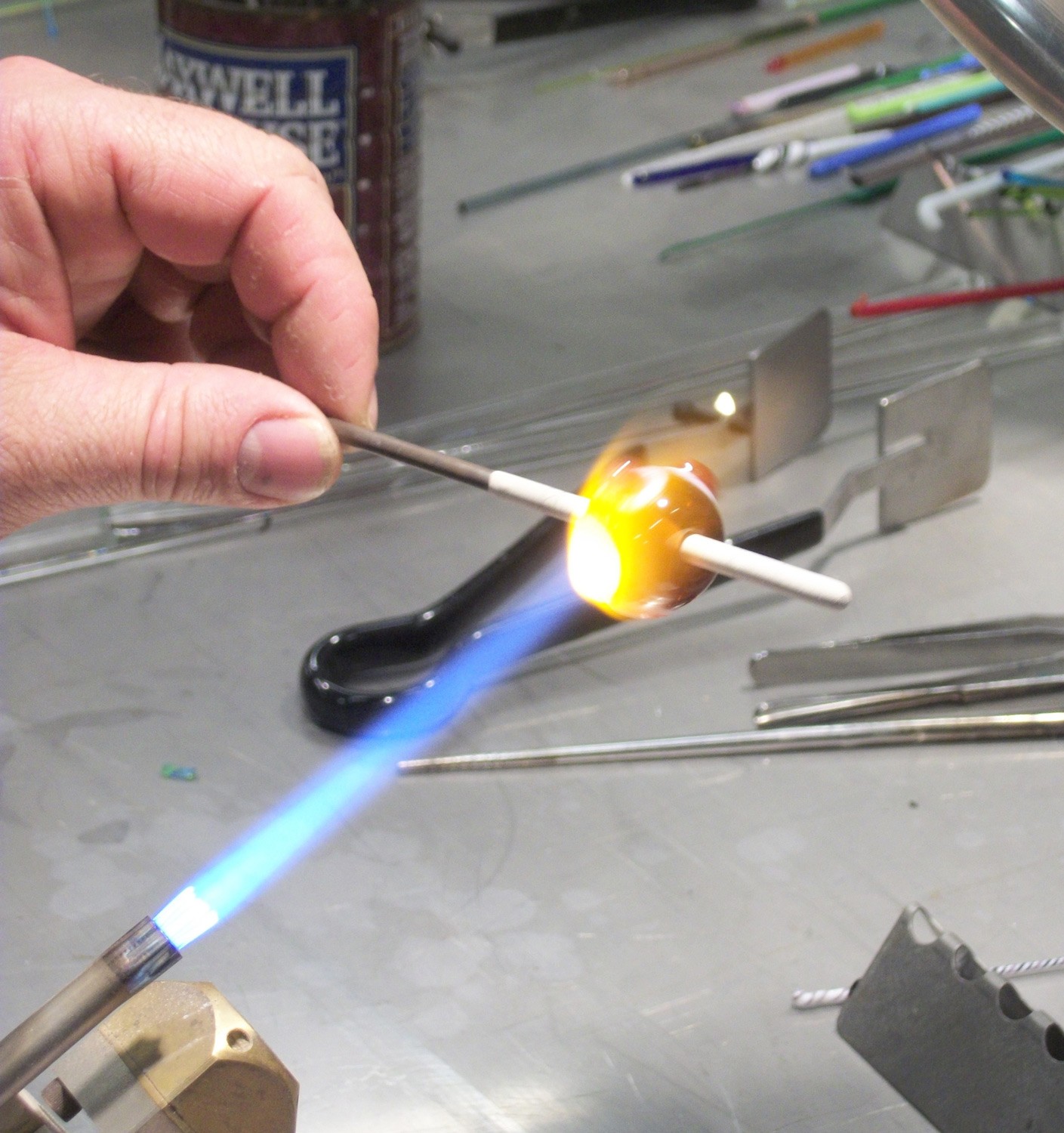 Everyone knows Mountain View is where you go to hear music, clog and buy little native plants, but it’s also a good place to learn to throw pots, make beads, paint big and take advantage of other art classes at the Arkansas Craft School. The school’s in a historic building right on the square, within walking distance of lodging (discounted for students), lunching and antiquing and is open year-round. Marketing Manager Aly Dearborn says the staff works with prospective students on customizing workshops as well as making its own schedule of offerings. “How we differentiate ourselves from the Folk Center is that our instructors are geared toward opening people’s creative ideas, to make traditional art forms into contemporary pieces of art,” Dearborn said. Weekend classes this fall have included an introductory course in glass bead-making with Sage and Tom Holland; digital photography; “Drawing on the Right Side of the Brain” for people who think they can’t draw; bladesmithing; basket-weaving; and a dip into the culinary arts, with Dutch oven cooking with Phyllis “Cooking on the Wild Side” Speer. Dearborn, who came to Mountain View from California, said all sorts of things attract people to Mountain View — the beauty of the Ozarks, fishing in the White River, etc. For it was the feeling of going in time. When she arrived, she said, “I wondered if people were in costume or actually dressed that way. It’s a very, very interesting place.”

Come as you are; classes run $150 to $350 depending on the course and the materials. Learn more at arkansascraftschool.org.

Two weekends out of the year the Arkansas Canoe Club rents out riverside campgrounds and offers classes in kayaking and canoeing, taught by volunteers who love to paddle and want to show others how to be safe on the water.

The School of Whitewater Paddling, which was called Canoe School in the days before kayaking became king, is the first class of the year; it’s held over a weekend in May. The campground at Turner Bend on the Mulberry River (off the Pig Trail, aka state Highway 23) is reserved for students and instructors. Luke Coop, Canoe Club president, said this is a class for folks to learn “the basic skills you need to run a river safely” — strokes, how to read a river, how to catch an eddy in and peel out of it again, how to paddle upstream without fighting the current. Instruction starts Friday night with a talk from the instructor, then it’s on to the tamer Little Mulberry or a flat section of the Mulberry on Saturday to start. Students should bring their kayaks, solo canoes or tandem canoes, though the Canoe Club can provide them; Coop said there is also a standup paddleboard class. Coop said new technologies that have made solo canoes “shorter and more playful” have led to a resurgence in canoe popularity.

Though the school is in May, Coop said the weekends can be cold. He remembers one with snow and sleet. Unlikely, but be prepared. Saturday wraps up with a fish fry and music.

The School of River Paddling is the second week in June on the Spring River. Students camp at the Riverside Resort 11 miles north of Hardy, off U.S. Highway 63. Like the paddling school, lessons are on basic skills; they begin on a lake at Mammoth Spring State Park. The Spring River is not as challenging as the Mulberry, with Class 1 and Class 2 runs, and participants may bring recreational boats not made for , such as sit-on-top kayaks.

Registration for schools begins in early March. To take a class, you must be a Canoe Club member ($25 for a family of four). Schools are $ and include camping fees. Fees go to the Canoe Club’s conservation fund and to the purchase of river gauges.

Registration links, detailed class information and requirements and river levels can be found at arkansascanoeclub.com.

You may have checked off all 415 bird species on the Arkansas State Bird List. Or the 102 (or so) on the dragonfly list. But, unless your name is Theo Witsell*, it’s unlikely you’ll ever be able to claim you’ve seen all the native plants.

The Arkansas Native Plant Society, however, can make sure you see lots of them, thank its field trips organized throughout the year and at its annual meeting.

To familiarize yourself with the Native Plant Society, go to anps.org and click on the link to its newsletter, Claytonia. First question: What is Claytonia when it’s not a newsletter? Why, it’s those little white flowers that are the first to spring up in your lawn in spring, and which you might call spring beauties. Already you have learned the name of a plant, which means when you see the little flower you will really see it (because the eyes can’t see what the mind doesn’t know).

What better way to see something rare in June than to accompany the society on a jaunt to learn about glades? That’s what the society did earlier this when folks joined Ozark glade expert Joan Reynolds on a trip to Devil’s Eyebrow Natural Area in Benton County and the North Dam Site Park near the dam on Beaver Lake in Carroll County. Glades are special places, thanks to their geology, and the day-trippers learned about endemic Arkansas bedstraw, daisy fleabane, hairy wild petunias, purple-flowering Ozark calamint, Arkansas beardtongue, Ashe junipers and such. Even the names are intriguing, so imagine the appeal of seeing these special Arkansas plants growing happily in the wild. The online Claytonia newsletter outlines upcoming trips, such as the Nov. 2-4 fall meeting at the Harmony Mountain Retreat on Smith Mountain in Newton County, which includes hiking in Arkansas’s wildest county; and Saturday winter tree ID trips — you’ve always wanted to be able to ID a tree when it doesn’t have its leaves on, you know you have — Dec. 8 on Kessler Mountain in Fayetteville and Feb. 16 at Smith Creek Preserve in Newton County.

*Theo Witsell is an ecologist with the Arkansas Natural Heritage Commission and has an encyclopedic knowledge of the state’s native plants.

Before you can swim with the fishes — in a good way — you’ve got to learn how to breathe underwater. You can do just that over a weekend with the instructors of Rick’s Dive Shop.

You’ll start out, however, on weekdays in Rick’s pool at 2323 N. Poplar St. in North Little Rock (though there are special, accelerated classes for out-of-towners one Friday and one Saturday in the year). The weekend fun comes in at Lake Ouachita State Park, where Rick’s teaches two-day open-water dives on Saturdays and Sundays. Folks stay at Mountain Pine or Hot Springs Village or even camp, and kids as young as 10 can participate with parents; certification is to 60 feet. Advanced weekend courses include night dives, search and recovery, and some underwater navigation. Weekend classes are limited to 16 divers; two instructors handle eight divers each, but only four are in the water at a time for safety’s sake. Rick’s provides regulators and but recommends would-be-water-world explorers bring their own mask, snorkel and fins. Then, once you’ve earned your flippers, you can accompany Rick’s divers to places like Cozumel and Little Cayman Island in the Caribbean. Classes cost $475, which includes classes, pool and open water dives; a fall special reduces the price to $400. Find out about other offerings at ricksdivecenter.com. 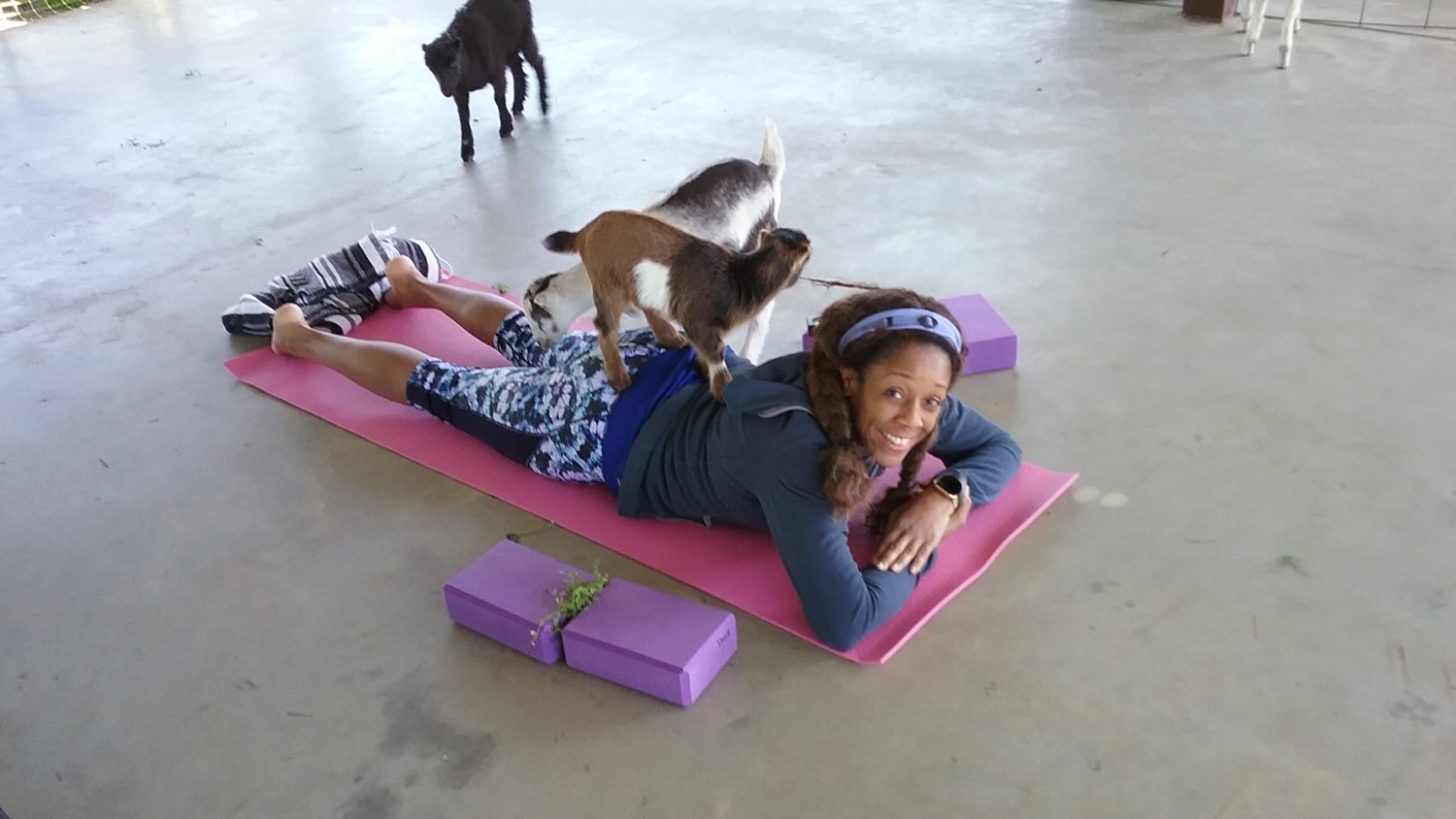 When Dave Lowe retired to Perryville, he decided to volunteer at the Heifer Ranch of Heifer International. One way he helps Heifer is to offer weekend retreats so that the lodge at the ranch can produce income even when Heifer doesn’t have events scheduled. Here’s what he’s learned attracts people to Heifer: quilting and yoga with goats. Hence the thrice-yearly quilter retreats, where quilt-makers gather to work on their creations at personal workstations in a roomy workplace with cutting tables. The quilting retreats include two nights lodging, seven meals in the lodge’s dining hall and 24-hour access to the quilting area for folks who like to stitch all night. Coming up: The “Winter’s Eve” retreat Nov. 30-Dec. 2, “Lambs-a-‘ ” April 5-7, 2019, which coincides with the birthing of lambs at the ranch; and “Spring Fling,” which is also a scrapbooking retreat, May 17-19, 2019. The retreats cost $195 (or come Thursday for an extra $60). The yoga retreats, taught by yoga instructors from Arkansas and Missouri, aren’t all asanas: They include classes in meditation, cheesemaking, essential oils, massage and more. The “” session, April 26-28, 2019, will include two slow vinyasa sessions with the baby goats, who’ll nibble your hair while you’re in child’s pose, along with other yoga classes. “Goatastic,” May 3-5, 2019, comes with baby goats and lambs; as does “Goat-A-Rama,” May 31-June 2. Yoga retreats are $275 and include two nights in the lodge and six meals (vegetarian and gluten-free are always available in the dining hall, which Lowe promises serves delicious food). There are extras — massages for $40, green tea meditation, goat walking, animal admiring and shopping in the Heifer International Shop. Some folks just come for the weekend to be at the Ouachita Mountain foothills Ranch with the goats, lambs and shoats. Bedrooms may be shared or private. To find out more, go to davesretreats.com.