This is a story about three friends with complementary talents who started a music and food festival that’s grown into an event that has no rival in Arkansas — but still, its founders insist, remains humble.

More than a decade ago, Fayetteville’s Bryan and Bernice Hembree, the husband-and-wife musical duo who perform as Smokey & The Mirror, befriended Fayetteville restaurateur Gawthrop. Gawthrop, in turn, regularly asked them to play at his restaurant Greenhouse Grille. (At the time, the Hembrees were performing as part of a trio called 3 Penny Acre. Gawthrop and his business partner, Clayton Suttle, sold Greenhouse Grille to the Arsaga family earlier this year; they still own two Wood Stone Pizza restaurants).

In 2010, the Hembrees were asked by three musical groups they’d met on the road for help booking a show in Fayetteville on the same weekend. That was the impetus for getting with Gawthrop to put on a one-day Fayetteville Roots Festival at Greenhouse Grille on a Sunday — brunch paired with 10 bands. About 160 people showed up. There was a morning slate of music and an hour break, which was to be followed by an afternoon lineup. During that hour, a water main near Greenhouse Grille ruptured. “During that geyser that was happening, we had musicians putting sandbags in front of Greenhouse Grille,” Bryan Hembree remembered. Luckily, George’s Majestic Lounge was free that day and welcomed the waterlogged fest. 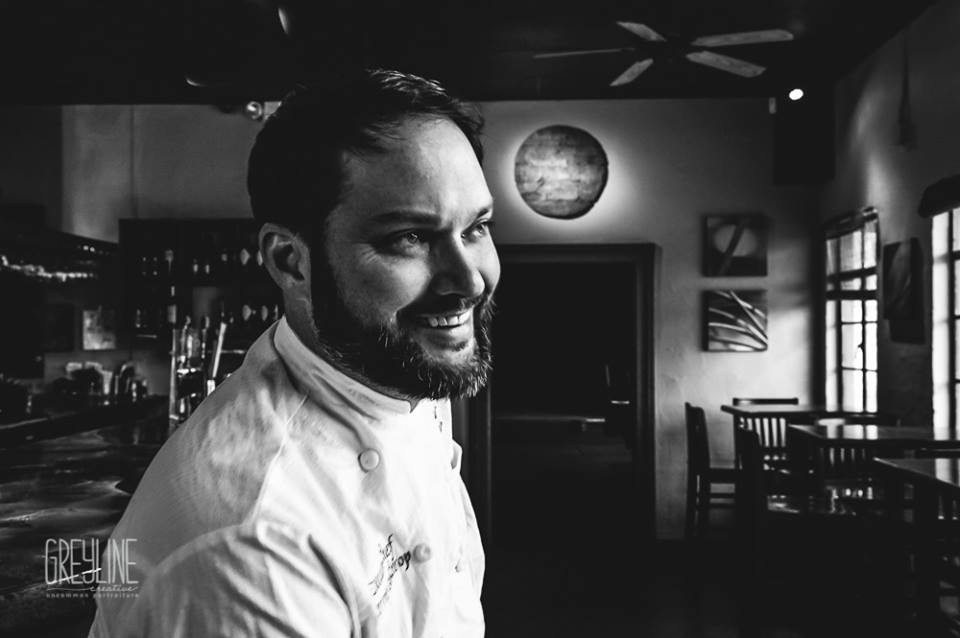 Near-catastrophe aside, the trio realized they had a winning concept on their hands. Thanks to some underwriting support from a fan from the first event, the Roots Festival was able to book Texas singer/songwriter legend Guy Clark and, in turn, secure the Walton Arts Center as a venue. From there, the festival, held annually in August, has grown exponentially.

This year’s event featured the likes of Mavis Staples, Booker T. Jones (of Booker T & the M.G.’s), Gillian Welch, the Del McCoury Band and John Moreland. In addition to the main stage at the Fayetteville Town Center, the festival extended to the Fayetteville Public Library and Crystal Bridges Museum of American Art and the Brightwater Culinary School in Bentonville. Food had always been a major component of the festival, but the Hembrees said this year it reached equal footing with the addition of a special Saturday Roots, Food & Spirit event with dozens of guest chefs from around the region and country. Among both free and ticketed events, organizers estimated 7,500 people attended the five-day festival this year. Tickets now regularly sell out before the music lineup is announced (early-bird tickets for the fest, scheduled for Aug. 22-25, 2019, went on sale Dec. 5).

Community buy-in came early on in the festival’s run, Gawthrop said. “We started doing things and people jumped on board, like, ‘How can we help? I wanna volunteer.’ ” This year, upward of 100 sponsors supported the fest and some 200 volunteers helped out.

The festival now has a year-round headquarters and an administrative assistant, but Gawthrop and the Hembrees continue to run it amid all their other commitments: In addition to two restaurants, Gawthrop and his wife have three kids with another one on the way. Bryan does ACT-prep work for the University of Arkansas and Bernice works in music education; they also stay busy recording and touring as Smokey & The Mirror and are part of a collaborative album project with Danish folk-rockers The Sentimentals. So, how do they swing it all? “The three of us have a really good working relationship,” Bryan Hembree said. “Like now, it’s hot and heavy on my shoulders for the booking. Other times is busy with of food and chefs. Or Bernice is working on the educational outreach. It’s a true kind of partnership tag team.”

Gawthrop added, “It can be a lot. Being able to ask for help and organizing your people are key. Thankfully, we’ve got a great community where people really want to help — sponsors, local bars, chefs. They want this thing to be here. They’re proud of it. People refer to this as ‘our festival.’ It’s a beautiful thing.”