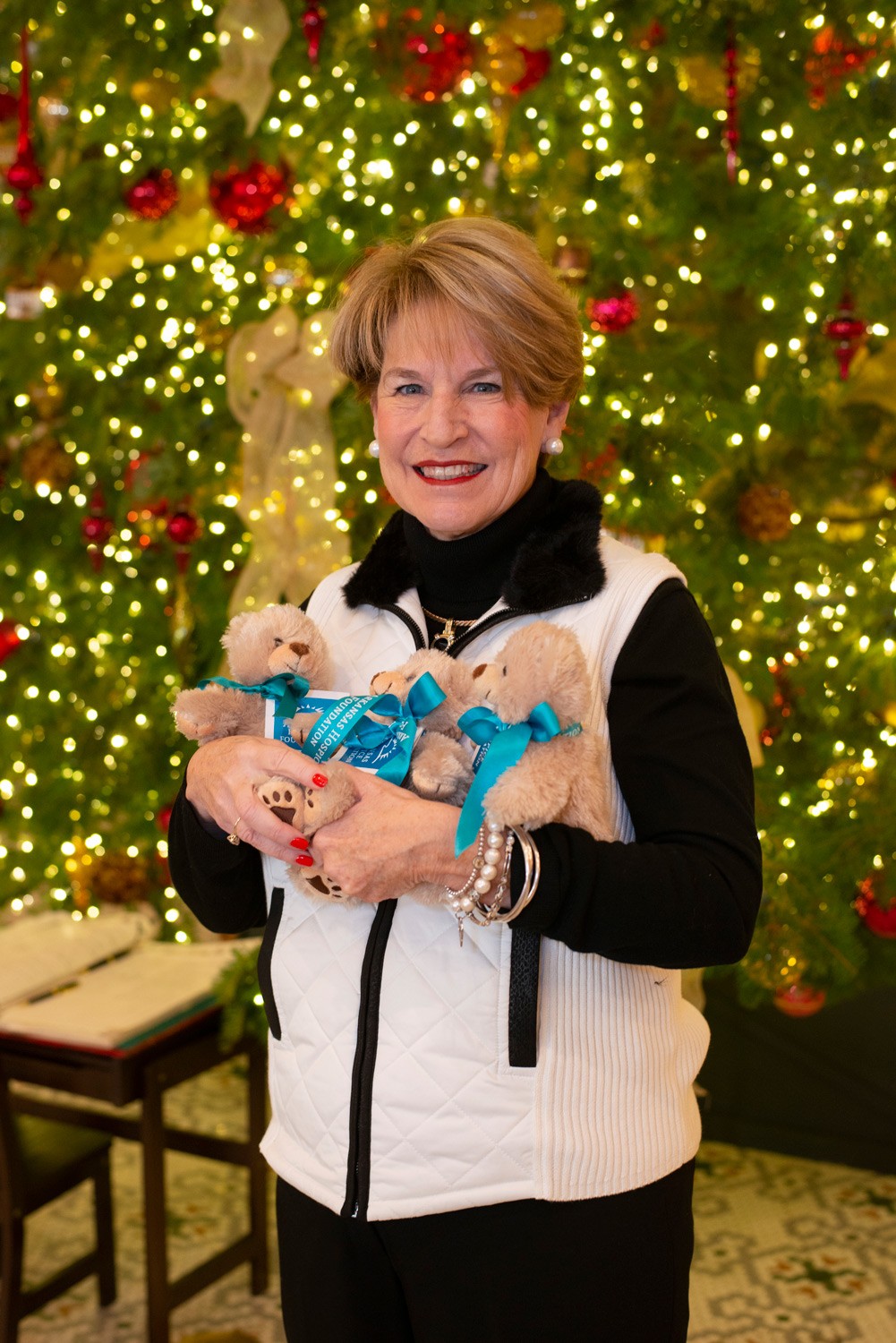 Thanks to the Arkansas Hospice Foundation, a mother and father can take their dying child on family vacation. Relations who live far away can be provided transportation to be with their loved one in her final days. It can help with things as practical as paying the light bill or as important as making a final wish come true.

The services that Arkansas Hospice Inc., which is supported by the Hospice Foundation, offers to adults is well known. Less known is how it helps children and their families.

Thanks to the Arkansas Hospice Foundation, Cara and Adrain Childress of Batesville were able to afford to heat their home during especially cold months of winter — the landlord was dragging his feet on hooking up the gas service — and take care of their baby, Jazzlin.

Jazzlin was born with a condition called holoprosencephaly, a deformation of the brain. Doctors did not expect her to survive to term in the womb. But she did, and Arkansas Hospice was brought on at her birth. Doctors put her life expectancy at a year.

Now, Jazzlin is 4 and no longer on hospice — which is the outcome Arkansas Hospice hopes for all of its pediatric patients. Arkansas Hospice can work with the families of children while the child is receiving medical care; children need not give up treatment by physicians.

Arkansas Hospice did more than weekly nursing visits to Jazzlin, who is immobile and can only drink from a bottle. It helped Cara Childress administer the six or seven medicines that Jazzlin, whose brain can’t control her sodium levels, takes. “If we ever ran out of formula they would get us some more. They would make sure she had medical equipment,” such as her special stroller, chair, humidifier and more, she and found a source of free diapers.

“It was nice to know there was when we needed it,” Cara Childress said. Jazzlin’s nurse went “above and beyond” what the Childress family expected, meeting the family at the hospital on Jazzlin’s trips to the ER to help explain her special problems to doctors. On one occasion, when Jazzlin was dehydrated, a doctor at the ER thought Cara Childress didn’t understand the child’s condition and commented, “So she’s going to die, anyway?”

The hospice team that treated Hunter Williams, the son of Ashley and Clint Williams of Beebe, who was in and out of the hospital since birth for treatment of the problems that attended his Miller Dieker syndrome, worked with Hunter’s team at Arkansas Children’s Hospital to ease the pain he suffered from his fragile, broken bones.

“We lived in the hospital pretty much since his first months of life,” Ashley Williams said. It was hard on his parents, especially because they have two other children at home.

“I had heard of hospice as far as older people and the dying process,” Williams said. “It can be when you hear ‘hospice’ and you think of dying.” But she learned from Hospital that her child could receive medical care concurrent with hospice services.

Hospice made it possible for Hunter, then 4, to come home and be . “It was a blessing,” Williams said.

Knowing Hunter was getting worse, the Hospice Foundation helped the Williamses make family vacation together in July 2017, to the Dolly Parton Stampede and the Promised Land Zoo in Branson, Mo. Hunter, who had a condition called cortical blindness, could still see the bright lights of the Stampede and could express excitement. “He loved it,” Williams said. “That was a big thing they did for us.”

Then Ashley Williams read about Caton’s Cubs, started by a mother who lost her son to cancer. Hospice will record a patient’s heartbeat on a device that looks like a heart and places it in a stuffed bear that will play the heartbeat when squeezed. The idea came from the family of Caton Jones, a 19-year-old who died of cancer while recovering from injuries he sustained in a car accident. His sister came up with the idea; his mother created the Caton’s Cubs nonprofit to help Arkansas Hospice record heartbeats and provide the stuffed bears to families.

Hunter’s nurse came to the Williamses and recorded the sound of his heartbeat. “It was an amazing thing,” Ashley Williams said. Williams purchased two other recordings for Hunter’s sisters, who made their own bears at a Build-A-Bear store and put the recordings inside.

Hunter died Nov. 9. “He got to pass away the way I wanted him to. At home, all the family there. With no doctors, no machines. Peacefully.” Hospice care for children — who may not necessarily be dying — is “something I think was needed a long time ago, and now is a blessing to a lot of people.”

There are many other such stories of the beauty of hospice care for children and adults. A trip to Disneyland for a 34-year-old pediatric patient who has the mental capacity of a 10-year-old. A final birthday party for a teenager and her best friend. A final fishing trip for a dying woman.

Renie Rule, the executive director of the foundation, cited other programs the foundation supports: In recognition that one in four dying Americans is a veteran, Arkansas Hospice Inc. has what it calls its Committed to Veterans program. Foundation dollars go to Hospice Inc. for the training of caregivers in the special needs of veterans and their kin, and to veterans in other ways. Hospice observed Armistice Day this year by providing pinnies — special pins acknowledging war service — to veterans in Hot Springs. The foundation has also provided grants to study how to increase the use of hospice care among minorities, and two gifts last year of $40,000 each to the foundation were directed to Hospice Inc.’s pediatric services, one for the children and another for their families.

Hospice care, Rule and foundation communications manager David Edwards stressed, is not to simply usher people into the next life, but to help patients live the best way they can. Patients can leave hospice whenever they wish — if they want to try a new therapy, for instance. Terminal patients in hospice have been found to actually live longer than those who are not, yet many believe that going into hospice is something done at the last minute. It’s the most important message Rule and Edwards hoped to get across: that hospice is as much about living as it is dying.

Donate to the Arkansas Hospice Foundation at arkansashospice.org.