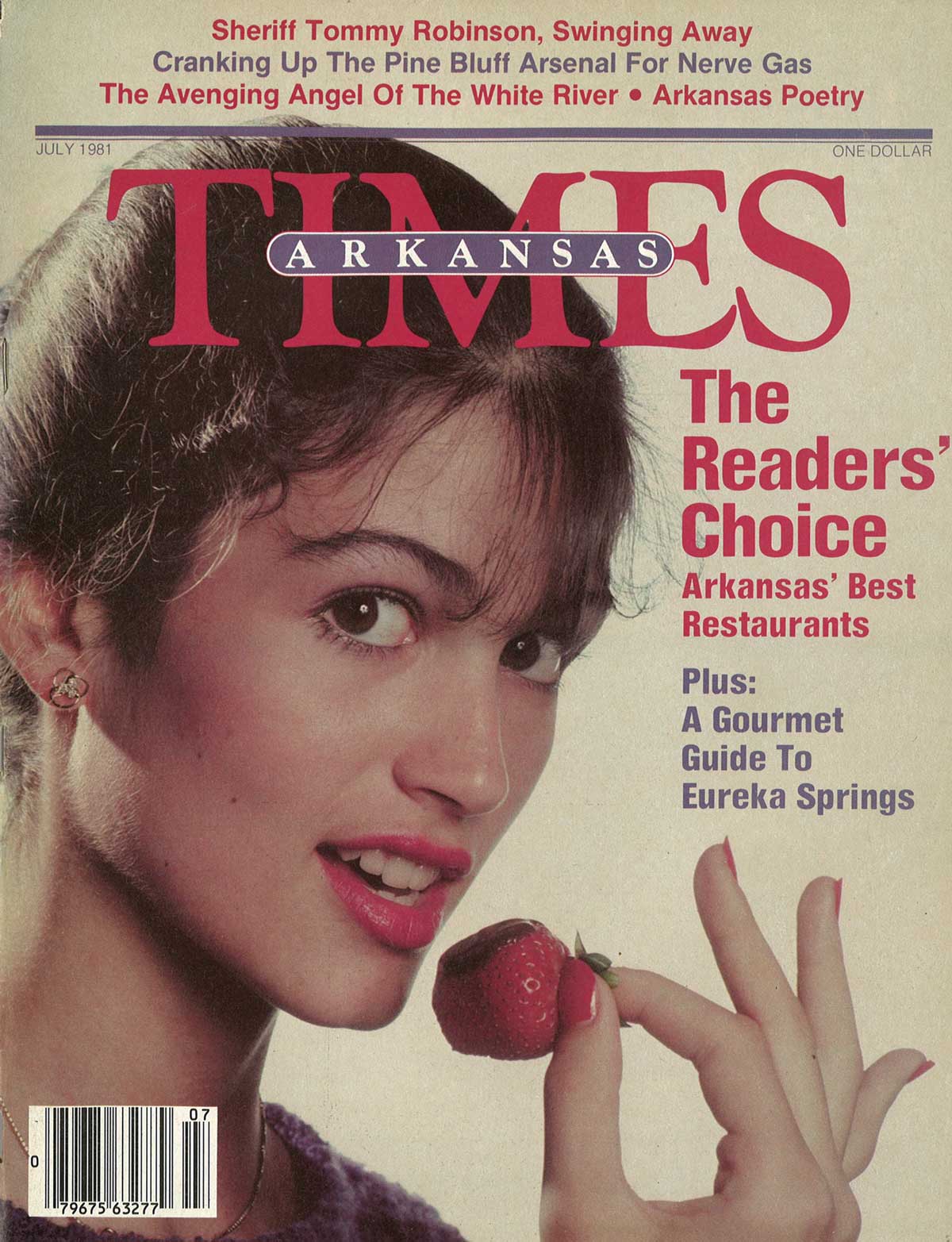 Forty years ago this year, the Arkansas Times first asked its readers to vote on their favorite restaurants. That kind of history makes our annual Readers Choice restaurant poll the gold standard among an array of latecomers by other publications.

To celebrate the anniversary, here are some memorable quotes, factoids and other odds and ends from the last four decades:

From the intro to the first Readers Choice issue in July 1981:

“Over the years, perhaps no activity has occupied as much of man’s attention as the getting and serving of food: not sex, not religion, not even war. First, man was a gatherer, then a hunter, and finally a farmer who raised crops and animals that made their way to their board by dint of the plow or the hatchet. Way back there, it didn’t matter so much how a meal was prepared: a Neanderthal was tickled with a loin chop just off the hoof, with little or no roasting.”

In January 1984, Bob Lancaster profiled Ruby Jones, 81, who had worked from 5 a.m.-9 p.m. six days a week at the Jones Cafe between Cottondale and Linwood for 32 years (and 10 years before that at the Central Grill in Pine Bluff):

“Like most great artists, Mrs. Jones doesn’t have much to say about her art. She makes pies. They’re good. People eat them and she makes more. … About all you’ll get out of her about the art is this: ‘If a pie don’t have a good shell, it won’t be worth a flip.’ ”

“The coffeehouse explosion has arrived in Arkansas, finally, after its birth in mid-’80s Seattle. It’s not quite as ubiquitous here as in the Pacific Northwest, where rugged crossroads general stores wave big banners proclaiming ‘espresso’ right next to signs for Red Man and live bait.”

Among those profiled was Arsaga’s in Fayetteville, which has been open since 1992.

Doug Smith, writing Jan. 31, 2003, explores the history of pizza in Arkansas. He concludes that many people who attended the University of Arkansas in the 1950s and early 1960s had their first pizza at George’s Majestic Lounge in Fayetteville. More:

“It may come as a surprise to young people, but pizza is not indigenous to Arkansas, not like okra or banana pudding. Once, a time within living memory, there was no pizza. …

“It’s widely believed, by members of the Bruno family of Little Rock among others, that the first pizza in Arkansas was served up by Bruno’s Little Italy. ‘We started selling pizza in Levy in 1947,’ Vince Bruno says. …

“So one could get a pizza in Little Rock by the late ’40s, but the writer can attest that through the ’50s, there was no pizza in Searcy, nor most other Arkansas towns.

Hot Springs was exceptional, as usual. Little Rock advertising executive Paul Johnson, who grew up in Hot Springs, says there was a pizza place in the spa city in the ’50s, on Central Avenue, near the south end of Bathhouse Row. Long gone, its name may have been ‘Tony’s.’

“Like Dean Martin, ‘They called it pizza pie,’ Johnson said. ‘You could play the slot machines while you waited for your pizza.’ ”

“The last time I saw him, I hugged him. I felt like I was hugging a skeleton. I’ve got a doctor up at the Mayo Clinic who’s a vegan. He’s alway telling me you need to eat from the stalk. I said, “I’ve got a buddy that’s a vegan, he’s probably the most famous vegan in the world, and he looks like hell. He gonna dry up and blow away. So you can take that vegan shit and stick it where the sun don’t shine.”

Here is a record of winners in two of the top categories in Central Arkansas, best overall and best new. Many of the winners are no longer with us. It’s a stark reminder, in these tremendously difficult times for restaurants, how fragile the industry is even when life is normal. It’s hard to keep going for years and years.