You may remember the story we ran in July about Phillip Scholtes and Jordan Little’s idea that Little Rock needs a new flag. The old one is fussy, featuring what one supposes to be Pinnacle but which looks more like a crawdad hole in the center, and Scholtes (a programmer) and Jordan (a designer) think the city should dump it in favor of a simpler, more symbolic design. The Arkansas Times liked the idea of giving the city a flag we could all wave, so we asked folks to contribute designs. Here are five submissions:

I wanted to keep this concept as simple and clear as possible while following the five principles of good flag design. The red and blue fields reflect the colors in the Arkansas flag and the U.S. flag. The diamond is a nod to the Arkansas state flag as well. The star in the middle signifies Little Rock as the state capital. 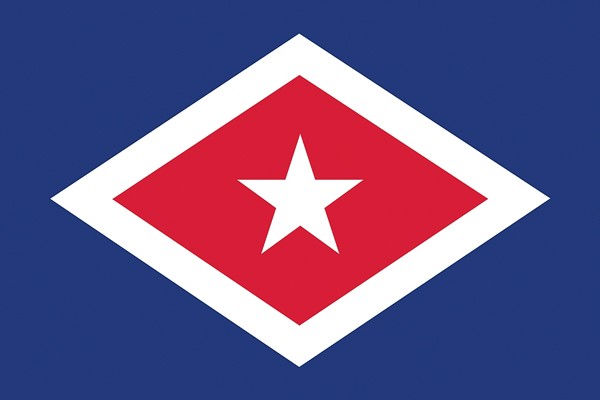 My proposal is based on the current flag of Arkansas (same 2:3 ratio and same color scheme) with colors inverted and a single star, which symbolizes Little Rock as the capital and the most important city in Arkansas, as well as its central location within the state. The shape of the diamond on this flag can be understood to represent the shape of Arkansas, with Little Rock at its center. 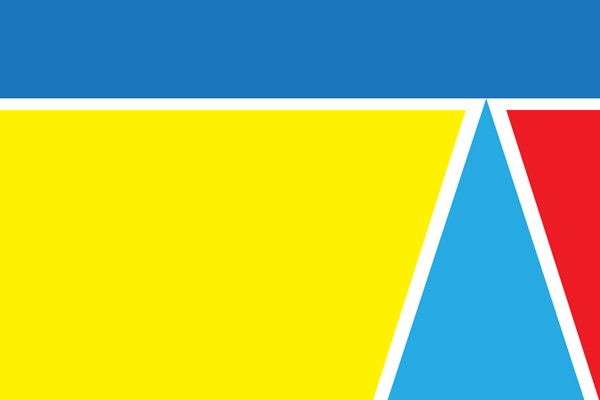 I USED FOUR COLOR FIELDS to represent Little Rock and its location: An aqua blue triangle, which represents the Arkansas River and in shape alludes to the uppermost tip of a star, since Little Rock is the capital city; the red triangle, giving a hint of notable neighbor North Little Rock and balance to the design; the yellow field, which implies the vibrancy of spirit that Little Rock continues to strive toward, and the sky blue rectangle, the horizon and future. 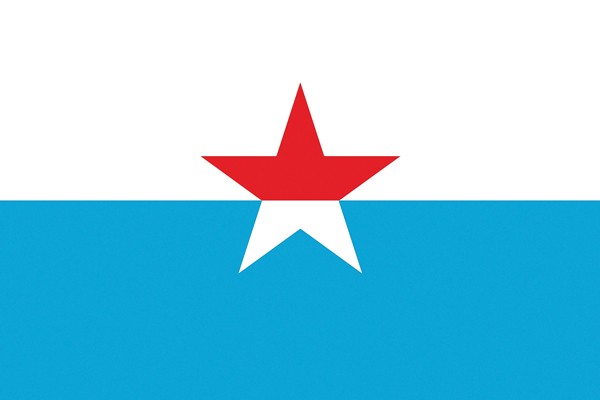 It’s based heavily on the idea of “a kid can draw it,” so I started off on paper with a 3:2 rectangle that I bisected diagonally in both directions. I knew I wanted a star smack-dab in the center. The star is intersected at two of its middle points: I thought it looked better to have the star “rising” out of the blue. The star in the center of the flag also represents Little Rock’s geographic location within Arkansas: The middle. The blue can be seen as the river and the foundation of the city and flag. 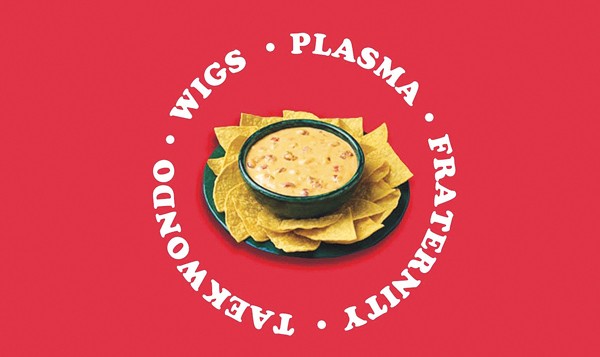 I’ve shown this to some folks and they don’t understand why I’d put fraternity in there. I mean it in the way that de Tocqueville means fraternity. He said “all the citizens are independent and feeble [and] … therefore, become powerless if they do not learn voluntarily to help one another.” I think that’s what Little Rock can unite under. Cheese dip, wigs, plasma, taekwondo — these are all forms of fraternity, of brotherhood. At least when they’re practiced right. Instead, I think most people assume I’m talking about fraternity in the Kappa Sigma way, but the future Chambers of Commerce leaders of Arkansas probably don’t need a flag.