Hardly a week goes by without cause to note a dishonest ad from Congressman Tom Cotton’s campaign for Senate. The latest: Cotton’s attempt at cover over his vote against the Farm Bill (the only member of the Arkansas congressional delegation to do so), claiming that President Obama “hijacked the farm bill and turned it into a food stamp bill.” That’s just an outright lie. Lots of folks weighed in on this, including the fact-checking operation Politifact, which awarded Cotton its worst label: “[F]ood stamps have been part of every farm bill enacted since 1973. One could say that Cotton and his allies in the House, by seeking a farm bill stripped of food stamp provisions, were actually the ones taking a more radical step, one that Congress ultimately voted against. We rate this claim Pants on Fire.” The Washington Post quickly followed suit, awarding “four Pinocchios.” Cotton’s “pants on fire” moment came in a feel-good ad on his father’s cattle farm. Look closely and you might see some bullshit. 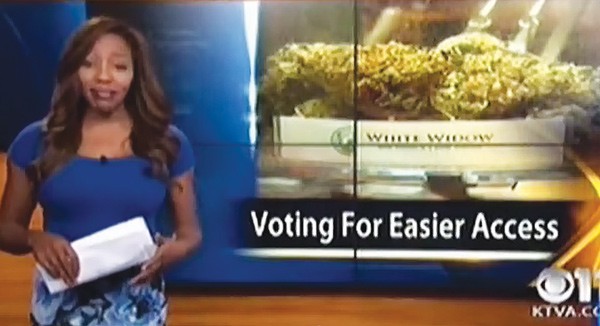 Best viral video this week: Anchorage, Alaska, television reporter Charlo Green revealed live, on the air, that she was the owner of the Alaska Cannabis Club, the state’s only medical marijuana collective. This came after she had just presented a story on the club. She said she would now be dedicating all of her “energy toward fighting for freedom and fairness, which begins with legalizing marijuana here in Alaska. And as for this job, well, not that I have a choice but — fuck it, I quit.” Green then walked off the set, exiting stage right.

Remember when Rep. Nate Bell (R-Mena) foolishly sent out an offensive tweet in the midst of the manhunt for the Boston marathon bomber? If you forgot, it was, “I wonder how many Boston liberals spent the night cowering in their homes wishing they had an AR-15 with a hi-capacity magazine? #2A.” Boston remembers. District 7 Boston councilman Tito Jackson sponsored an event this week to benefit the Arkansas Federation of Democratic Women (AFDW), which Jackson credited as being the first organization to “call out the offensive statement made by Arkansas State Representative Nate Bell.”

A church-led group, Repeal 119, is seeking to repeal Fayetteville’s new civil rights ordinance to discourage discrimination in housing and employment. Because the classes of people protected included gay people, some conservatives have gone bananas and begun a petition drive to protect those who want to be able to discriminate. According to a statement on the group’s website, “While some intentions of the ordinance may be good, this law is bad for safety, bad for business, and bad for our individual freedoms.” The freedom for private businesses to discriminate is of course a long-standing issue in Arkansas. The new arguments sound depressingly familiar. 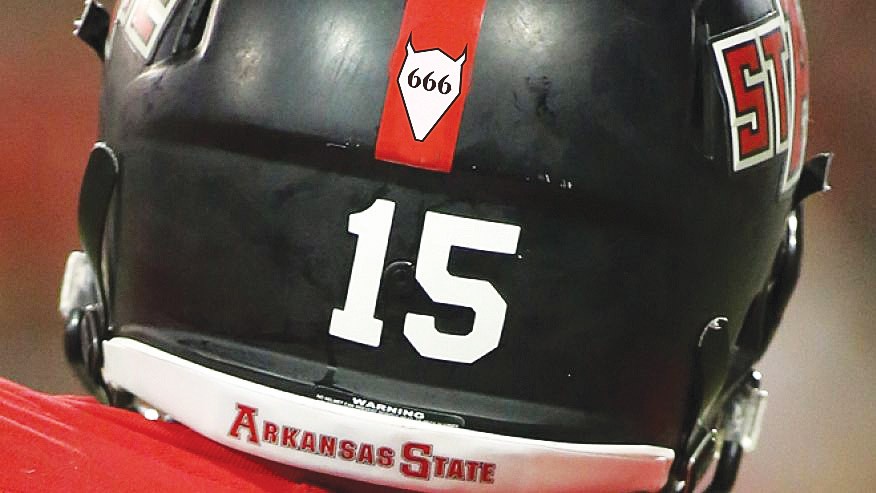 Sympathy for the devil

Arkansas State University and the attorney general of Arkansas caved to pressure from a conservative Christian group and allowed football players to put Christian crosses on their football helmets. The Times’ Arkansas Blog asked Arkansas State officials whether players were also free to put, say, a Satanic symbol on their helmets. Or anything else for that matter. A-State declined to comment.

“A debate unlike anything Arkansas has seen before.” That’s what KARK-TV, Channel 4, promised for Friday night’s gubernatorial debate between Republican Asa Hutchinson and Democrat Mike Ross. Actually, Arkansas has watched two slightly creepy men who are a bit awkward on television debate each other many times. An informal poll conducted by the Times found that zero people who watched the debate changed their minds about who to vote for. The margin of error was zero.

Hogs, by the numbers

First: Likely rank in the Southeastern Conference in terms of average weight. Only Ole Miss comes close to being heftier.

First: Where the Hogs would rank in the National Football League, according to ESPN’s Brett McMurphy.

324.5: The Razorbacks’ average rushing yards per game, ranking seventh in the nation. 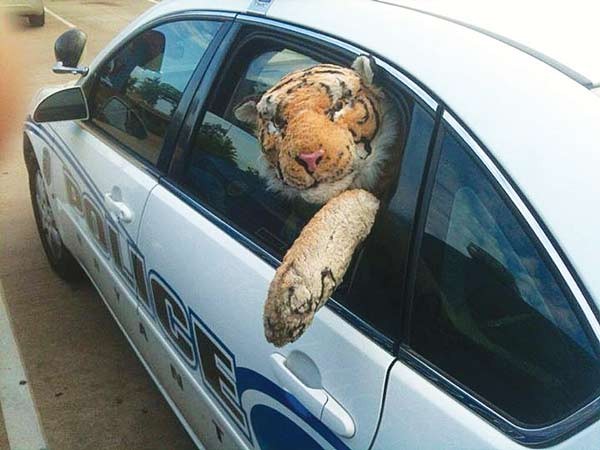 Earlier this month, a panicked woman in Bryant called police to report seeing a dead tiger on the side of the road. The Bryant Police Department approached with caution and discovered it was a stuffed animal. The BPD transported the friendly beast to the police department.