61 percent: The percentage of votes Secretary of State Mark Martin received in his re-election bid. Martin, who shares a name with a famous race car driver, was arguably the least competent candidate for constitutional office, yet he received the largest share of votes among those running for statewide office.

42 percent: The margin of victory for state Rep. Jim Dotson (R-Bentonville), an extremist Republican with a paltry record of legislative success who was opposed by Leah Williams, a Democrat with a sterling resume and the rare support of the Walton family.

“We’re like the children of Israel right now — lost in the wilderness. Is it going to be for 40 years?” — Rep. Charles Armstrong (D-Little Rock) on election night, after learning that Republicans had won every congressional race, all state constitutional offices and made significant gains in the state legislature. Now 64 of 100 House members and 24 of 35 state senators will be Republicans.

As Fayetteville prepares for a Dec. 9 referendum on its civil rights ordinance, which forbids employment and housing discrimination against LGBT people and other protected classes, the city’s Chamber of Commerce has inserted itself into the wrong side of the debate. Last week, the Fayetteville Chamber unanimously adopted a resolution calling for repeal of the ordinance on technical grounds, saying the law is “vague” and “incomplete.”

Keep Fayetteville Fair, a group formed to defend the ordinance, fired back at the Chamber. “Repeal is out of step with the majority of Fortune 500 companies in the United States,” said the group. Most big businesses have concluded that retrograde views on sexuality have become nothing but a liability, which is why they, including Walmart, have adopted their own internal nondiscrimination policies. It’s downright sad that the Fayetteville Chamber is so far behind.

For the second time, former Arkansas Treasurer Martha Shoffner bungled her part in a plea hearing related to her use of campaign money for personal expenses. She’d earlier been convicted of taking payments from a securities salesman in return for a big share of state investment business when she was treasurer. Her trial followed an initial plea hearing at which she was expected to enter a negotiated plea. But she didn’t answer the judge’s questions conclusively enough on her guilt on that occasion and the deal was scrapped.

Same song, new verse on Monday: In return for Shoffner’s pleading guilty to a single count of mail fraud in federal court on Monday, federal prosecutors were going to drop five additional charges. But again Shoffner hedged in answering presiding Judge Leon Holmes’ questions about whether she had used campaign money to pay off a credit card, and the plea deal was scrapped. The net effect is a 70-year-old woman, already facing up to 20 years in prison for earlier convictions, faces the possibility of spending the rest of her life behind bars. 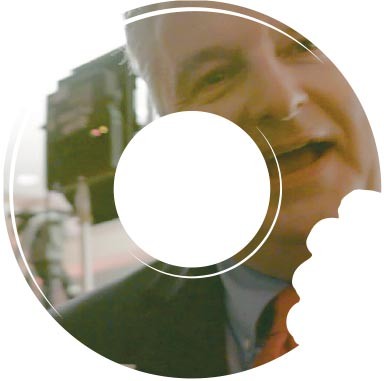 Quote of the week 2

—Dennis Milligan, Republican Treasurer-elect, when asked by the Arkansas Times’ David Ramsey if he planned to celebrate his election victory at a Krispy Kreme. Milligan made an unsuccessful attempt to blackmail his GOP primary opponent, Rep. Duncan Baird, out of the race with what turned out to be an innocuous video. Milligan was widely rumored to be wearing sunglasses during the encounter, which took place at a Krispy Kreme.

Black voters stuck with the Democratic Party, at least, with 90 percent of African Americans picking Mike Ross for governor and 97 percent favoring Pryor. And most lower-income voters went for Democrats; the group earning under $30,000 chose Ross by a 15-point margin. In contrast, voters in the highest income category ($200,000 and up) chose Cotton over Pryor by almost 3-to-1.