For the least of these

In a profile of French Hill in a recent Arkansas Catholic (the newspaper of the Diocese of Little Rock), the 2nd District’s new congressman laid out his policy positions on a variety of issues. Hill, a devout Catholic, reflected church doctrine in his criticism of same-sex marriage and abortion. But on issues like health care, immigration reform and the minimum wage? Hill’s laissez faire economics seem at odds with a pope who emphasizes charity and social justice above judgment. Stephanie Spencer, a local RN and a Catholic herself, felt compelled to write the diocesan paper with a rebuttal to Hill’s position on the Affordable Care Act.

“Since the implementation of Arkansas’ private option, Arkansas has enjoyed the sharpest reduction in the rate of uninsured adults in the entire nation,” Spencer writes, accurately. “How this can be characterized as a bad thing for Arkansas is beyond me … As Catholics, we have an obligation to live the ENTIRETY of Christ’s gospel, without a sole focus on abortion and gay marriage in political deliberations. Pope Francis’ papacy has been marked by a new focus on the need to address the evils of poverty and its associated deprivations such as lack of health care.”

21 — The average score for cities in Arkansas out of 100 points in the Human Rights Campaign’s annual Municipal Equality Index. The score covers non-discrimination laws; relationship recognition; employment policies including insurance and nondiscrimination rules; law enforcement; municipal leadership, and “inclusiveness of city services.” The national average was 59. Little Rock scored a 13; Fort Smith, North Little Rock and Springdale each scored 16 and Fayetteville scored a 42. 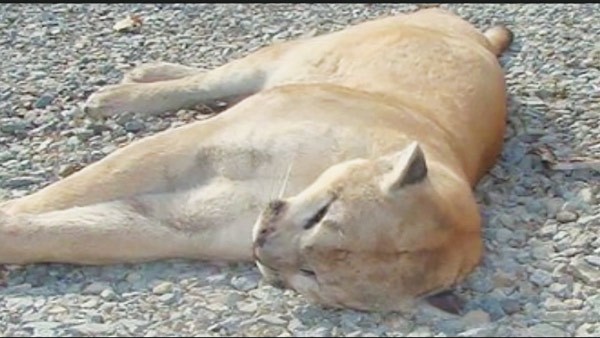 1975 — The last time a mountain lion was killed in Arkansas before a Louisiana man killed one last week in Bradley County, according to the Arkansas Game and Fish Commission. The man told wildlife officers he felt threatened when the mountain lion moved toward his deer stand. Only five sightings of mountain lions have been confirmed in Arkansas in the last five years.

$25,000 — The penalty imposed by the Southeastern Conference on the University of Arkansas after UA football fans stormed the field at Reynolds Razorback Stadium following the Razorbacks’ 17-0 win over LSU. It was a second offense by the UA of the conference’s “access to competition area” policy in the past eight years.

It will cost $14 million to fund Arkansas’s existing pre-K program, which has been denied a cost of living adjustment for eight years now, according to a study presented to the legislature’s education committee on Monday. Arkansas Better Chance (ABC) and associated programs like Head Start serve only about 56 percent of the state’s eligible 3- and 4-year-olds. That means tens of thousands of lower-income children are being left out in the cold, said outgoing Rep. David Kizzia (D-Malvern). “It’s by accident of birth. They’ve committed no crime,” Kizzia said, and urged the legislature to fund the program in 2015.

To better make his case, Kizzia invited two Republican state legislators from Oklahoma and Alabama to videoconference with the education committee. Both states — which are at least as conservative as Arkansas — have committed tens of millions to pre-K in recent years out of a conviction that the investment in children will pay off later. “We have given another $10 million every year in the state of Oklahoma,” said Rep. Lee Denney, the Speaker pro temp-elect from Oklahoma. “We want to decrease our incarceration rates down the road,” said Denney.

“… Chancellor Gearhart budget still to be approved by legislature in 15′. I can not support #neveryield”

— Sen. Bart Hester (R-Cave Springs and @BartHester) as part of a rant on Twitter in response to University of Arkansas Chancellor G. David Gearhart’s objection to the Fayetteville Chamber of Commerce’s opposition to the new Fayetteville civil rights ordinance. The ordinance discourages, among others, discrimination on the grounds of sexual orientation. Those who favor discrimination against gay people are up in arms and have put the ordinance to a referendum Dec. 9. Hester is a University of Arkansas alumnus. 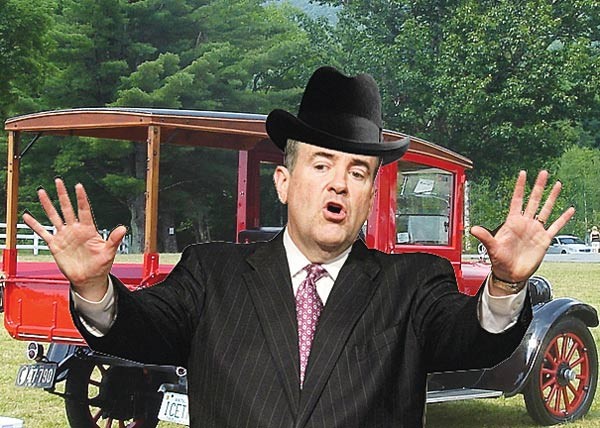 Return of the Huckster

Former Arkansas Gov. Mike Huckabee is using his nonprofit America Takes Action to employ potential political operatives as he eyes another presidential run, according to The Washington Post. Huckabee acknowledged to the Post that he had to be “careful” about Fox News, which won’t employ political commentators who are running for president. But where there’s a Huckster, there’s an escape clause. “I am not doing anything official at this point,” he said. Just arranging exploratory meetings, hiring aides, soliciting potential donors and getting paid for advancing his image on Fox — all at the same time. He didn’t come by the nickname Huckster for nothing.