“You know, to them, they’re being brave and showing off bravado but really, they’re just yellow cowards because only a coward would do that.”

— St. Francis County Sheriff Bobby May following the arrest on animal cruelty charges of two duck hunters who shot housecats for sport. The pair was caught after they posted pictures to Facebook of themselves holding up the dead cats as trophies.

More hogs on the Buffalo?

A joint meeting of the legislative Public Health and Agriculture committees declined to vote on a proposed rule that would have stopped new medium-to-large-scale hog farms in the Buffalo River watershed. The rule would not have affected existing operations of C&H, the 6,500-head swine farm near a tributary of the river, yet the Farm Bureau and pork producers aggressively pushed back. Citing concern over property rights, most legislators sided with manure over the environment. 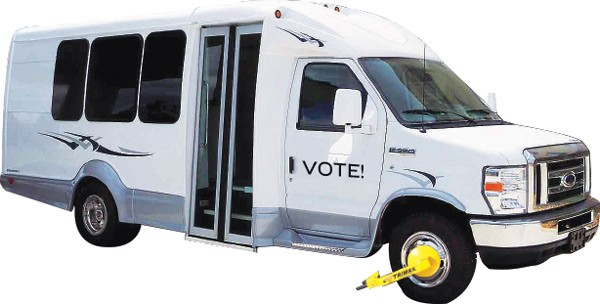 Students at the University of Arkansas were one bloc of voters likely to support Fayetteville’s civil rights ordinance Tuesday (which failed at the polls) since younger people favor LGBT equality by much higher margins than older folks. But over the weekend, the UA administration prevented the school’s graduate student government from running a shuttle bus from campus to a polling location at the county courthouse. Transportation was to be provided to any student who wanted to vote either for or against, of course.

Why? It’s not because the university opposes the ordinance itself: Chancellor David Gearhart took a laudable stand in favor of it, in fact. But that public stance generated some uncomfortable heat for the UA from conservative state legislators in Northwest Arkansas. Sounds like the administration felt the need to dampen further legislative criticism by dampening student turnout. 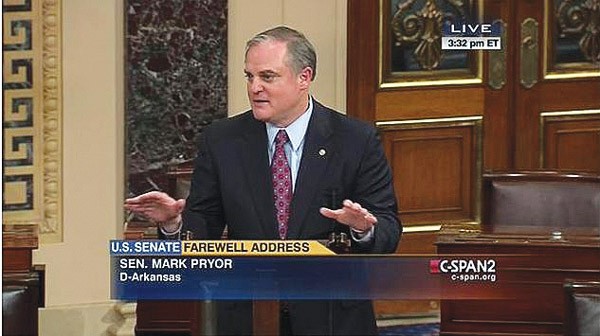 A farewell to Pryor

Outgoing U.S. Sen. Mark Pryor delivered a final address to the Senate on Monday in which he condemned the “hyperpartisanship” that he said has rendered the institution “broken.” He called for cooperation and reaching across the aisle. The new Republican majority, he said, must, “turn off the rhetoric and … turn on the governing.” And, he added, “Democrats should help them govern.”

321,000 — The number of jobs the United States added in November. If hiring trends continue apace into December, 2014 will be the best year for job growth since 1999.

$30,000 — The amount of a grant rejected by the Jonesboro City Council from Cities of Service, a nonprofit that promotes volunteerism and civic beautification projects. Because the group is largely funded by former New York mayor Michael Bloomberg, a social liberal, Jonesboro Councilman Gene Vance said taking the money would be tantamount to “sell[ing] my soul.”

34 — The percentage of Arkansans who say they’ll never play the Arkansas Scholarship Lottery, according to a report from consulting firm Camelot Global. Of those, fewer than half cited religious or ethical objections as their reason for not playing; most said they simply don’t believe the odds are in their favor.

Hedging our bets — on our own kids

What was the point of creating a lottery again? Oh yeah — to fund college scholarships. As lottery revenue has declined since its inception five years ago, the money available for students has also shrunk.

It’s a real problem, but a bill filed by Sen. Jimmy Hickey (R-Texarkana) takes the wrong approach: Degree-seeking high school grads on the lower end of the academic eligibility curve (a GPA between 2.5 and 3.25 and an ACT score under 22) will only receive a scholarship after they’ve successfully completed their freshman year. Hickey’s rationale is that a majority of students in this range lose their scholarships after their first year at college anyway because they often can’t keep their grades up. In other words, kids in the middle of the pack would automatically be placed on a probationary period before the state considers pitching in to help with the cost of their higher education. Poor and minority kids would be hit disproportionately, since academic performance tracks such demographics, broadly speaking.

Yes, university dropout rates are troublingly high, but that indicates deficiencies within the education system. Placing scholarships further out of reach won’t help. If Hickey is concerned about the number of freshmen struggling in college, one would think he’d focus on improving the quality of Arkansas’s K-12 schools — not on creating more disincentives to seeking a degree in the first place.