Stephanie Smittle 7/6/21 1:36pm
Coming up: The Rep takes "Marie and Rosetta" to War Memorial Park, Mary Gauthier at Fayetteville Roots HQ, 'Raya and the Last Dragon' at Movies in the Park and more.

Stephanie Smittle 7/2/21 1:13pm
How Barbara Hendricks sang her way out of rural Arkansas, onto the world’s biggest opera stages and into the lives of refugees across the globe.
Advertisement

New music from Little Rock trio Affection out today, 18 years after the fact

Stephanie Smittle 7/2/21 11:11am
Like much of the music that’s come from Brasher, Morgan and Benjamin in the projects they’ve played in individually, Affection’s 2021 LP — recorded in 2003 — is both smart and wholly danceable.

Stephanie Smittle 7/1/21 1:58pm
The project will eventually connect the Walton Arts Center, TheatreSquared, Nadine Baum Studios, Fayetteville Public Library, and the University of Arkansas’ Art and Design District with trails and pedestrian/cyclist connections. It is slated for completion by January 2024.

Artist V.L. Cox on 'escape velocity' and keeping an eye on home from her perch in Peekskill, New York

Guy Lancaster 6/28/21 4:13pm
"I’ve had CEOs of billion-dollar international companies come up to me at events and art openings over the past few years and say, 'I’m very concerned about what’s going on down there.' They don’t care if Arkansas is a beautiful state. They don’t care about sports. They care about how people are treated and where to put their next multi-million-dollar business expansion. They care about their investments and their reputation."

Stephanie Smittle 6/26/21 5:07pm
The images in Robbie Brindley's new book, "Kudzu and the Usual Erosion" were shot on 120 film on a Mamiya RB 67 camera — big enough to require a tripod and using a process that's "a lot more like fishing," Brindley told me. "You have to be very calm and patient.”

Steve H. Broadnax III and Ari Edelson give free workshops at The Rep in July

Stephanie Smittle 6/25/21 11:14am
You may not be able to catch a show at The Rep's space on Main Street just yet, but you can visit for a workshop.

Stephanie Smittle 6/23/21 1:56pm
Belatedly, we mark the passing of Frank Bonner, the Little Rock native who brought a little bit of Arkansas Razorback spirit to each episode of "WJRP in Cincinnati" in his role as station sales manager Herb Tarlek. 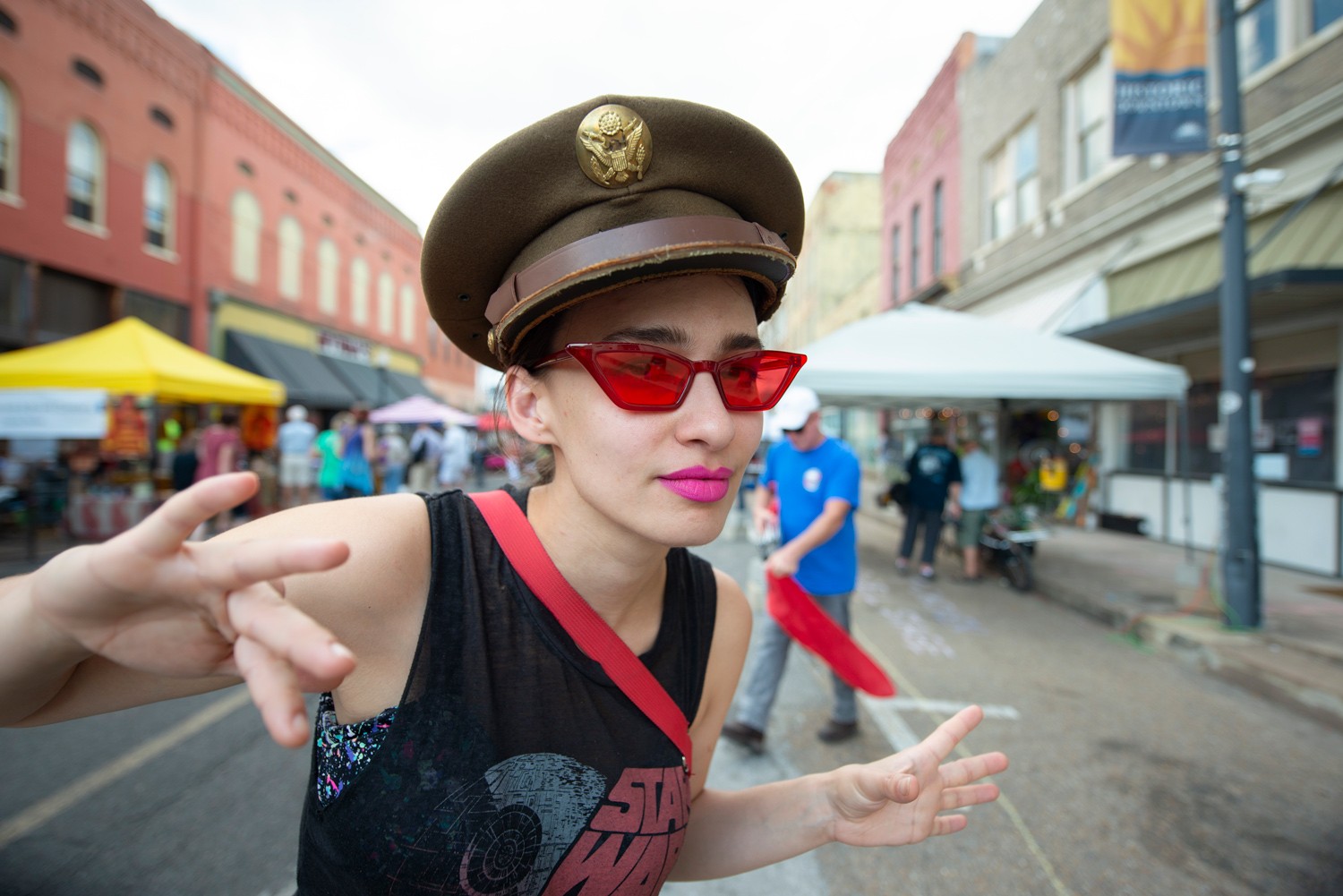 Duane Jackson steps down as director of The Weekend Theater

Stephanie Smittle 6/15/21 11:54am
After three years as The Weekend Theater's artistic director Duane Jackson is resigning from the position at the volunteer-run, social justice-minded theater company at the corner of 7th and Chester streets in downtown Little Rock.

Punk rock baseball and 'The Sandlot' tonight at Interstate Park

Stephanie Smittle 6/8/21 4:16pm
Mitchell worked with editor Nick Weldon and illustrator Barrington Edwards on the book, which follows Dunn as he was born into slavery, emancipated at age 10, elected lieutenant governor of Louisiana in 1868 and died mysteriously in 1873, just as he was poised to become Louisiana's first Black governor.

'Put some beef on it': Five Questions with Joe Yoder of Joe and The Feels

Stephanie Smittle 6/2/21 3:48pm
"Beef" and the rest of the tracks on "Unsupervised," like Yoder's music with Little Rock outfit The See, are the sort of melody-driven pop rock anthems made for howling along to in a sweaty circle of friends at a concert — were they not concocted in a concertless era.