Jason Thompson, Johnny Mac and Graham Cobb are the Reds.

History: For years, Johnny Mac did the solo thing. Here and there he added two-man support and called them the Reds. Here’s a list of past Reds swiped from a Johnny Mac post from the band’s MySpace:

What’s in a name: “Not like communists. Like colors.”
You be the judge: Graham Cobb was one of the hordes who emailed me in disbelief after I dissed Michael Anthony. He was nice and funny about it. He was also nice and self-deprecating enough to send over a high school year book picture of himself where he looks uncannily like Wolfgang Van Halen. 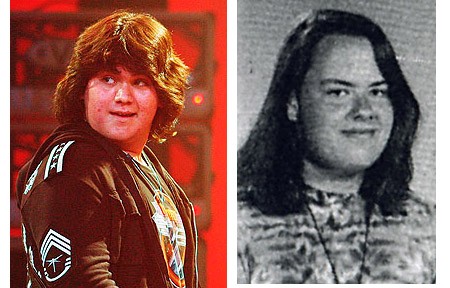 Where you’ll find them: White Water, Vino’s. On Monday, the Reds play the Thick Syrup night at Sticky Fingerz with the Magic Cropdusters. Then on Feb. 28 they’re at Vino’s.