Paul and Ann Faris were invited to  the Rohwer internment camp for Japanese Americans in 1945 to photograph the people and record their stories. Next Thursday, March 6, many of those photographs will be exhibited, some for the first time, at Arkansas State University’s Wilson Auditorium from 1-3 p.m. Professor Sarah Wilkerson Freeman and ASU history students will discuss research on the forced relocation of Japanese Americans into the camps during World War II.

Rohwer is in Desha County. A memorial is all that is left of the camp where more than 8,000 American citizens were imprisoned because of their Japanese heritage after the attack on Pearl Harbor. The Farises were invited to photograph artwork made by internees for “Beauty Behind Barbed Wire: The Arts of the Japanese in Our War Relocation Camps” by Allen H. Eaton; Eye Candy has written several times about Rohwer artists (Ruth Asawa, artist interned at Rohwer, dies”; “The Art of Living”; “Beauty in a Prison Camp”).
.
In a press release, Freeman writes, “By bringing the photos to light, those involved in the project hope to preserve something of the visual evidence of the unconstitutional treatment of Japanese-Americans while demythologizing the camp experience.” 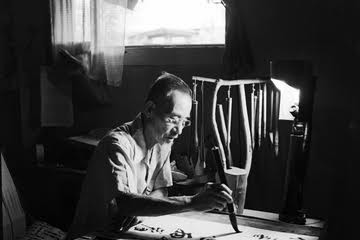