Carroll Cloar isn’t exactly unsung, but he’s not sung enough. That might be because the Earle native’s tempera on Masonite paintings must be seen in person to be fully appreciated, his millions of tiny brushstrokes and dots and scumbling unreproducible on paper or jpeg. To see a Cloar is to see a mix of all great things: Primitive portraiture, Seurat’s pointillism, Rousseau’s naïve symbolism and vegetation, Pollock’s drips, all in the service of Southern storytelling, stories about his own life.

Hence the name of the Cloar retrospective at the Arkansas Arts Center, “The Crossroads of Memory: Carroll Cloar and the American South,” an exhibition so vast and entrancing that you’ll walk through it like a child wading through a shallow creek, slowly, happy to feel the soft mud under your feet.

Cloar was born in 1913, and the show, which originated at the Brooks Museum in Memphis last year, marks the centennial of his birth with paintings from 46 private and public collections, including the Metropolitan Museum of Art, the Whitney Museum of Art, the Hirshhorn Museum and Sculpture Gallery, along with Arkansas collections, by Dianne and Bobby Tucker and the H. Tyndall and Carrie R. Dickinson Family Collection among others. The show is mostly paintings, some of them attended by sketches Cloar made before beginning the work. 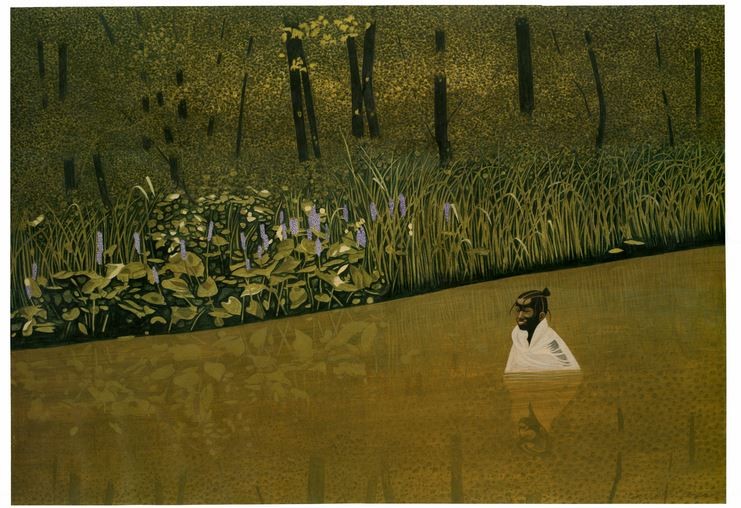 Tempera is a flat medium that allows for precise fine brushstrokes; Cloar must have worked many, many long hours to achieve the effect of grass, leaf and cloud. Maybe it’s because the Delta landscape is so familiar to me, or because I love the stylized way he renders African Americans, especially his childhood friend Charlie Mae, but I would rank this exhibition among the Arts Center’s greatest. There are paintings here you will want to stand in front of for quite some time, several of them featuring Charlie Mae or another young girl. “Charlie Mae Looking for Little Eddie” is one, with a large okra plant front and center, a vast green depth made of tiny points of paint as the background and Charlie Mae and the goat separated in the middle ground. The composition is perfect. “Charlie Mae Practicing for the Baptising,” the child in murky green waters with the bank’s pickerel weed reflected in the waters, is Oriental in its aestheticism and just a stunning painting in greens and purples, a complementary palette that Cloar uses quite a bit. “Been a Long Old Lonesome Day” is Henri Rousseau’s jungle paintings transferred to the Arkansas Delta: As Rousseau’s “Dream” woman reclines on a velvet couch in a lush jungle, Cloar’s child sits on a Humko oil can in front of a patch of stylized and oversized weeds; as Rousseau’s “The Hungry Lion Throws Itself on the Antelope,” Cloar has placed a deep sun sinking in the horizon. 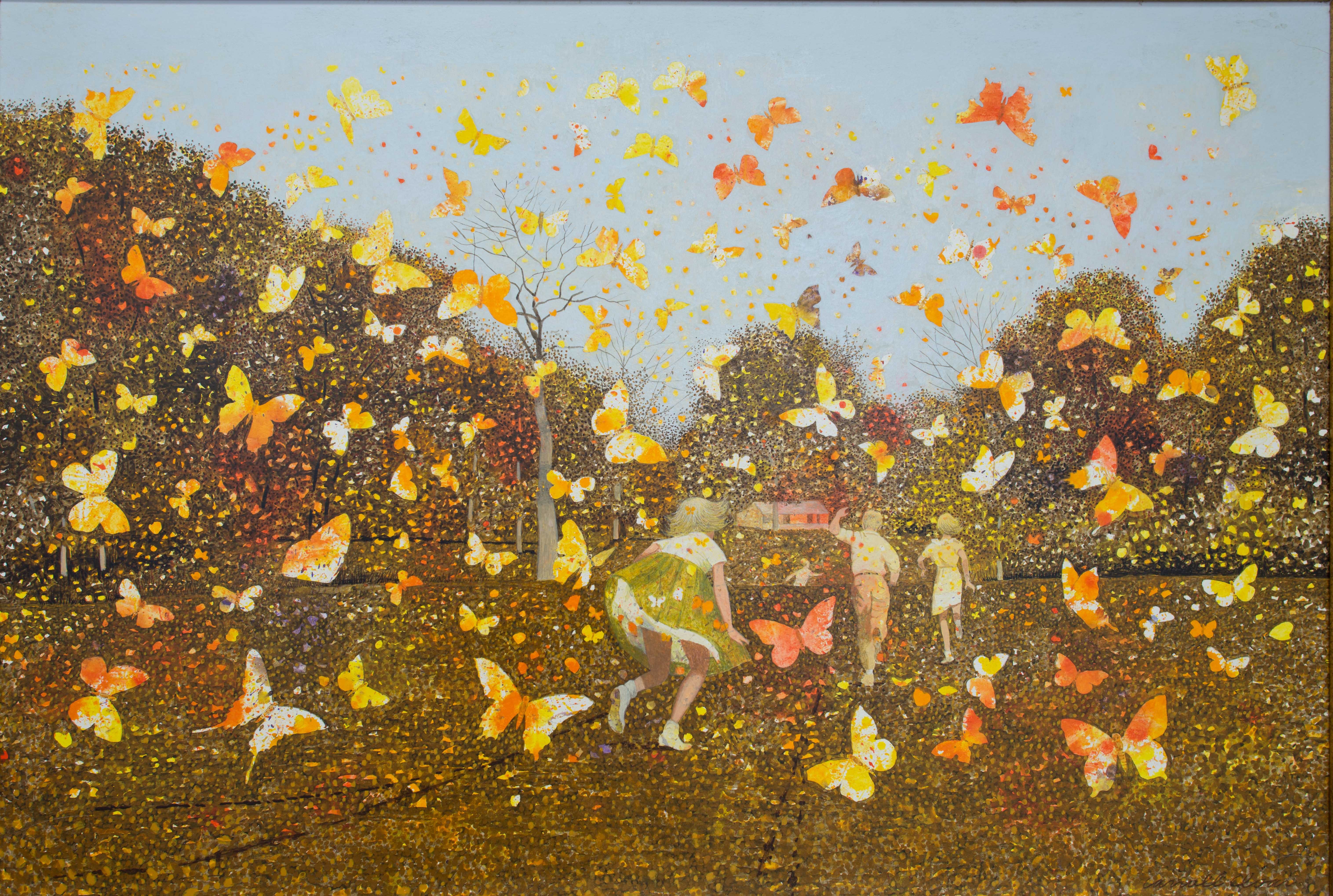 “Children Pursued by Hostile Butterflies” is perhaps Cloar’s most famous painting, and the interpretation provided in the gallery reveals that Cloar splattered the paint that he later turned into butterflies as an experiment in Pollock’s gestural application. The picture plane is covered in splashed orange and yellow butterflies converging on a girl, petticoat flying, and two other children running for a house.

It may be accidental, but Cloar’s “Halloween,” in which a child wearing a fright mask skips in a wide yellow field under a moon while a group of Klansmen in their hoods appear distant on the horizon, has the same composition and troubling nature as Andrew Wyeth’s “Christina.”

There are many moving works here, such as “Black Levee,” which depicts black children waving long sticks standing on a levee whose vegetation is a patchy black grass Cloar creates tiny stroke by tiny stroke. There is also the humorous: In “Getting the Car Ready,” three men looking under the hood of truck stand by a barn on which a sign, “JESUS CHRIST IS COMING BE READY,” is hung. The amazing “Artist in His Studio” depicts Cloar staring at his famously newspaper-wallpapered studio wall, with each clipping pasted there reproduced in pencil; you’ll find yourself reading the headlines (“Faubus and Eisenhower Agree to for Fast Settlement”) and awed by his reproductions of newspaper photographs. A section of Cloar’s actual newspaper-wallpapered studio is erected in the gallery.

There are paintings that glow yellow (“Bridge Over the Bayou”), paintings that vibrate with red against blue (“The Girl Tree”), paintings in a palette that’s in some places reproduces the haze of an Arkansas summer.
“The Crossroads of Memory” runs through June 1; an excellent catalog produced for the exhibition includes biographical information and context for the paintings.