It’s surprising to me that for a city so clearly infatuated with pie, there’s no dedicated pie shops in existence in Little Rock. Now, of course, that’s not to say there’s not some fine pie in this city, but there’s something particularly charming about a small, family owned shop pouring their time and energy into producing fabulous pies. Some of my most cherished experiences around the Natural State have been in visiting rural pie shops—Mary’s, Lena’s, and Charlotte’s all come to mind immediately.

But Little Rock’s luck is about to change. This week welcomes The Pie Shop at Terry’s—a small little operation specializing in a wide assortment of pies tucked away in Terry’s Finer Foods in The Heights.

The Pie Shop at Terry’s is brought to us by the wonderful folks at Palette Catering, Jeremy and Jacquelyn Pittman. The Pittmans are obviously no strangers in the Little Rock food scene—aside from owning and operating a successful catering company, they can also be found around town dishing out pizzas with Pizzeria Santa Lucia (alongside pizzaiolo, Georges Launet). 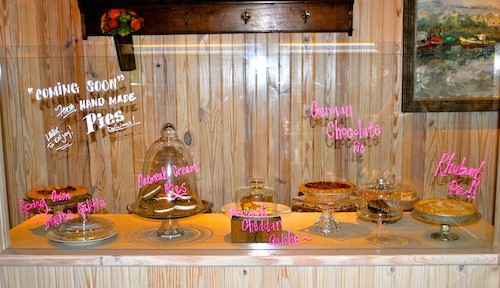 But to the Pie Shop—which opened up this past Monday—these folks are bringing a wide assortment of both sweet and savory pies. I stopped by on opening day to get a glimpse and a taste of what this place will become—I was pleased with what’s going on here and look forward to returning.

The Pie Shop plans to stock around 8 pies a day, but hope to reach as many as 16 varieties at some point in the future. Pies are sold by the slice ($4/per) or whole. On our visit, we picked up a slice of peanut butter banana cream pie (topped with salted peanuts…a particularly nice touch), and a rich, gooey German chocolate pie (with a layer of custard, dark chocolate, coconut, and pecans). There was also a fat, sweet oatmeal cream pie and even a (very underrated) rhubarb. Then there’s the savory options which included a crawfish pie, broccoli cheddar, and sausage, egg, and cheese.

The Pittmans are still getting a few things settled around the shop—bringing in some tables, chairs, etc—and are hoping to eventually make the pie shop a place friends and families spend an afternoon, sitting around, enjoying each other’s company, talking, and eating pie. 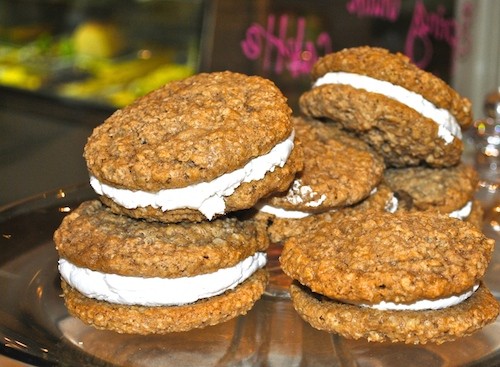 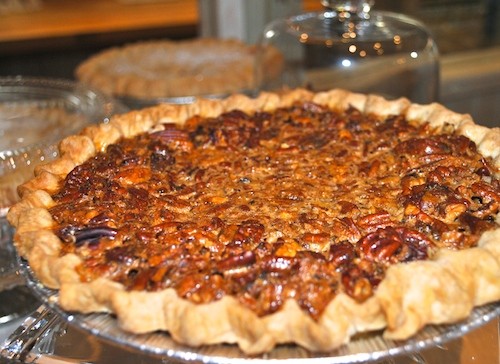