Table Mesa in Conway is one of four locations of this popular NW Arkansas-based restaurant. And it’s natural to wonder if the quality of the original location has traveled across the state and landed in Conway—it’s a worry that always exists with additional locations. Recently, I had a chance to stop in on the newest location of this small chain of restaurants during a short trip to Conway—and honestly, since my meal here, I can’t stop thinking about making a return visit. Let any questions about the “quality” of this place be laid to rest.

There’s a wide range of styles presented within Mexican restaurants—of course, there’s the inexpensive, more authentic taquerias, and there’s the high-end establishments which, despite their relatively steeper prices, still manage to pack in customers looking for a slightly refined Mexican dining experience. Table Mesa definitely sits on the higher-end, upscale side of the fence, but they’re doing things with a twist. They’ve incorporated some unusual elements that really make the menu at Table Mesa stand out. 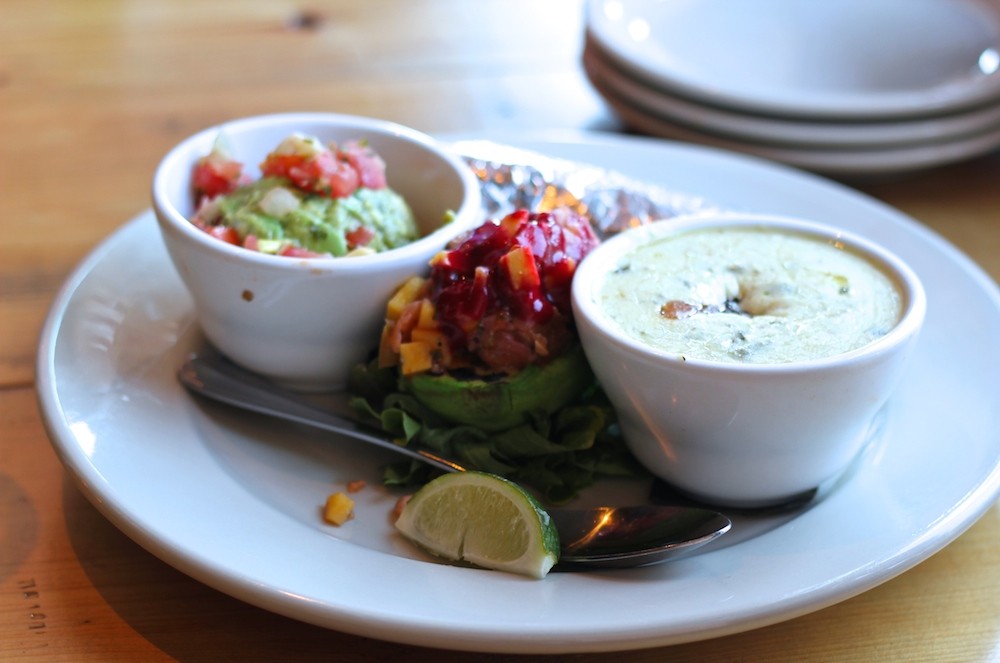 But we were most intrigued by the “curry chicken burrito.” The promised fusion of Thai and Mexican was something I’d never imagined before, and although I was a little skeptical that it would work, I was excited to find out. Well, it worked…very well, in fact. It starts with a flavorful, creamy Thai yellow curry sauce which is poured plump chicken burrito filled with melted jack cheese, avocado, and roasted corn. It was a burrito unlike any I’ve ever had before, but it was a masterful combination of flavors. The few of us who shared the dish could hardly get enough and there was not a speck left on the plate when we finished.

Our appetizer was equally interesting and impressive. The “Tlaquepaque,” while rather difficult to pronounce, was ripe with flavors that were much easier on the tongue. It’s a sizable app, made up of a bowl of chile con queso, cerviche, and freshly prepared quacamole. Everything was delightful, but I was particularly fond of the queso. It was a creamy white cheese, melted and gooey, filled with sautéed mushrooms and a sweet jalapeño relish. The combination of sweet and spicy in this dip was fantastic. It was only made better by the equally impressive, thin yellow corn tortilla chips seasoned with lime juice.

Dessert found us inhaling a “chocolate chimichanga,” which used a crispy, fried flour tortilla rolled in sugar and cinnamon and filled with chocolate-almond cream. The ice cream on the side was adequate, but nothing noteworthy, but all together, it was a dessert that (again) did not last long on the plate.

I’m hoping that someday the folks at Table Mesa decide to extend their mini-empire to Little Rock, but truthfully, the short trip to Conway is definitely not enough to keep me away for long.

Table Mesa Conway is located at 1117 Oak Street. Check out their website here for more information. 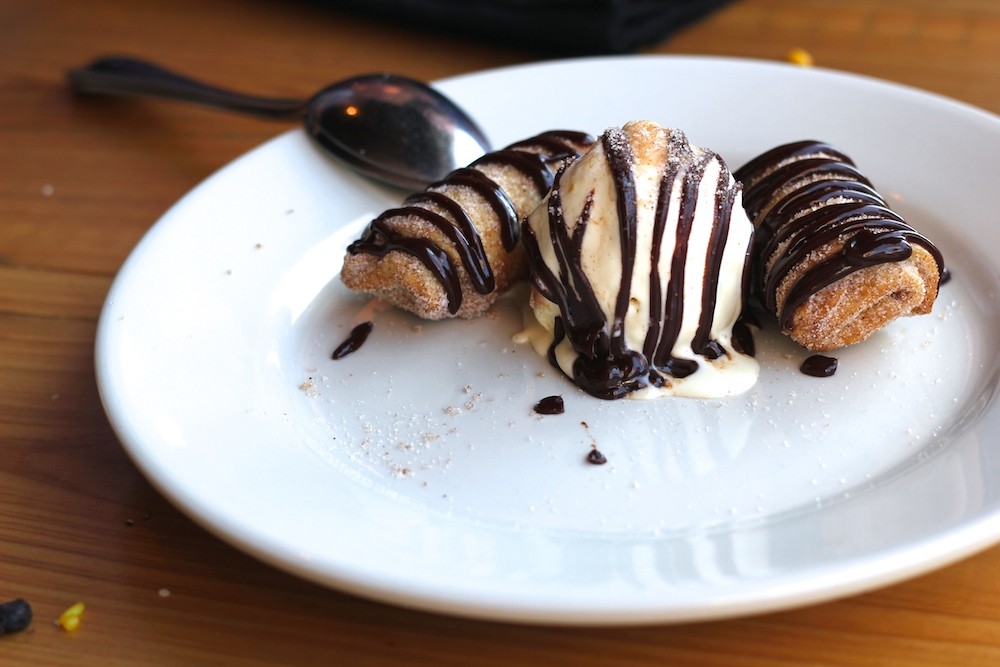