In continuing my search for exceptional sushi, I ventured to the next location on my checklist—Mt. Fuji. The restaurant feels somewhat oddly placed in its Breckenridge home. I’ve driven by the place hundreds of times, but have never felt much pull to stop in. But given its relative proximity to my place of residence, it was only a matter of time before I made a visit—and all it really took was a gentle nudge from a friend (who’d received a suggestion to try it) before I found myself at one of their tables. 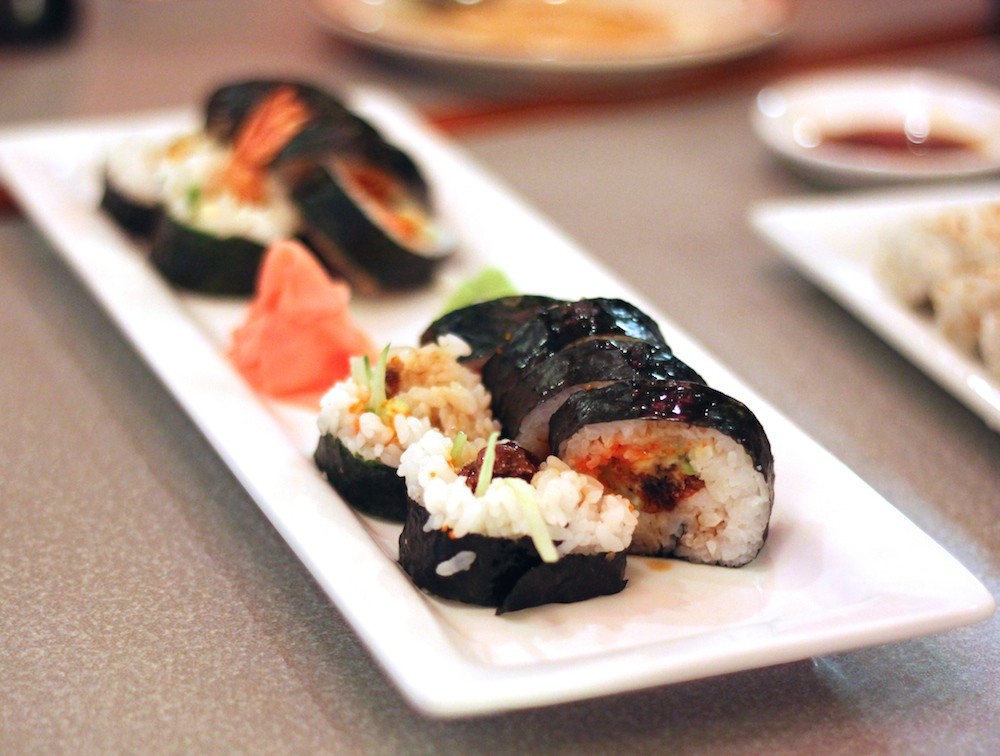 Walking in for Saturday lunch, the place appeared rather dated, stale, and a little dark and gloomy. We were walked around to the heart of the restaurant, far away from any window and doors, and while the place was clean enough, it could have been brightened a bit more to make the meal more comfortable. A minor complaint, but a noticeable one.

We started with a trio of nigiri—tuna, salmon, and octopus. The tuna was, by far, the best bite of the day. The texture was perfect—slightly firm, but still giving when bitten into—and the flavor was good, though not exceedingly fresh. The other two were forgettable—which really seems to be the theme of our entire meal and Mt. Fuji. Nothing disgusting—we managed to eat every bite on the plate—but certainly nothing to draw me back in the near future. It’s fish that tastes as if it’s been through a ride in the washing machine a few times—flavors watered down, having been far too many days since any of these bits of meat have seen an ocean.

Our sushi rolls were about as exciting as the nigiri plate. Some were rather sloppily assembled, rice loosely packed and falling apart. Again, there was tempura shrimp, spicy tuna, etc…but, looking back, the differences in flavors are almost indistinguishable.

I continue to search for that Little Rock restaurant that will provide a sushi experience that will end my raw fish remorse, a place that will really stand out as an exceptional experience. Is there such a place in this land-locked state of ours? Only time and a lot of tasting will tell.