For a place that’s been around only ten years, Mike’s Place in Conway feels like a central-Arkansas institution. In this year’s Arkansas Times Readers’ Choice Awards it won best in the Around-the State category for Seafood and runner-up for Best Overall, Fun, Steak, and Best Restaurant in Conway. It’s been a major contender in the Readers’ Choice awards practically since it opened. To get a chance to review such a well-respected place was a little bit of an honor for us, since we have a soft spot for eateries that are this consistently good. We were surprised to find that the most recent review in the Times was just after it opened, in 2005. 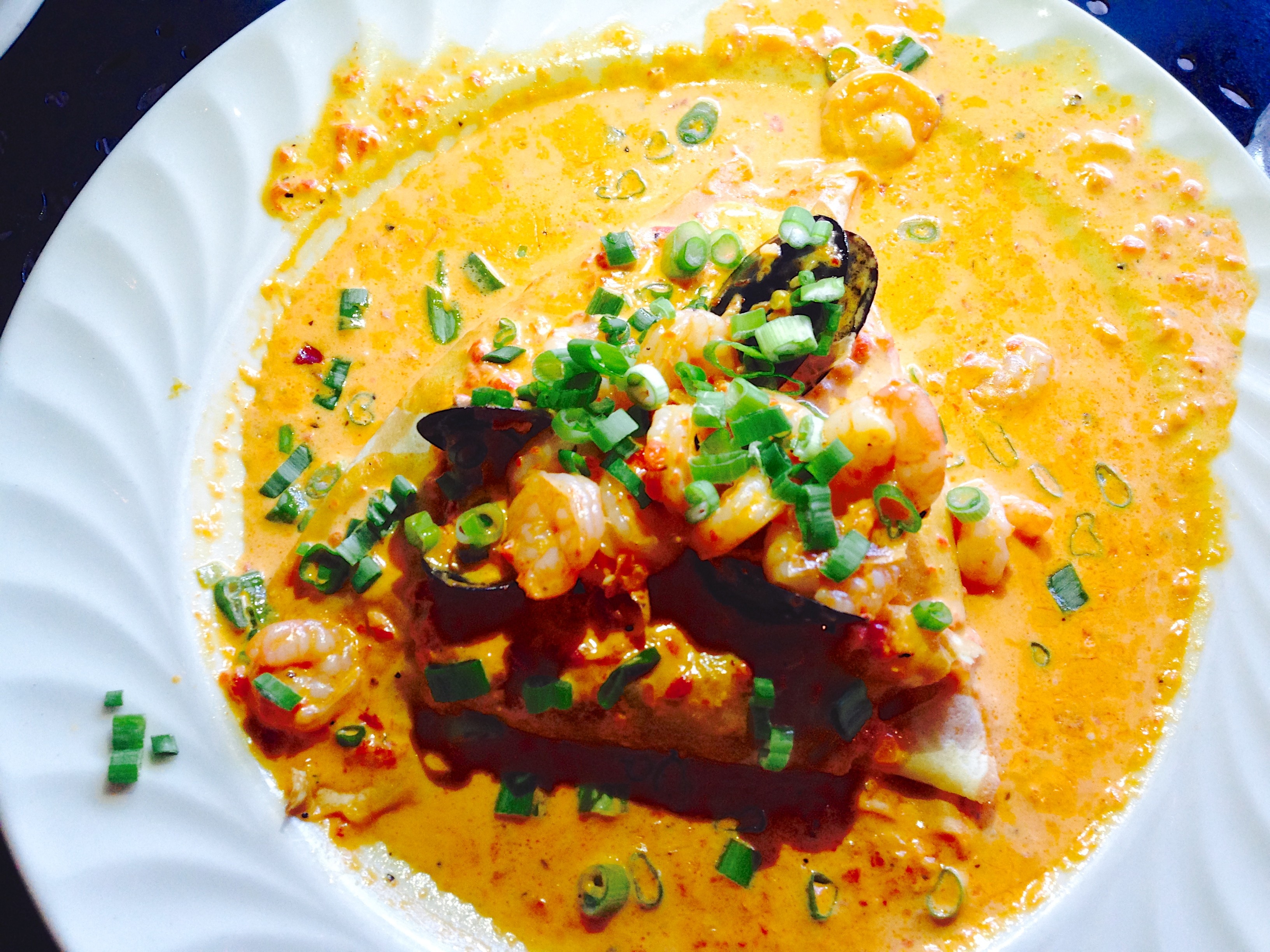 This weekend was an especially nice time to go. It’s the weekend before Toad Suck Daze, so downtown Conway is looking spiffy and fresh. There was a crew painting the festival’s logo on the intersection of Front Street and Oak Street. The other reason it was a good weekend to head to Conway is the emergence of Spring, and the cozy back patio at Mike’s Place. It was the best seat in the house, and not only because the rest of the place is full of high school seniors in prom wear.

We ordered fried calamari, fried green tomatoes and chips and salsa for an appetizer. We had a friend along who
doesn’t do seafood, so our choices were a bit limited there. The tomatoes were breaded lightly and crisp. They are especially good paired with their house-made remoulade. The calamari was, to quote Jason, “nothing special.” Our entrees were, thankfully, the opposite. 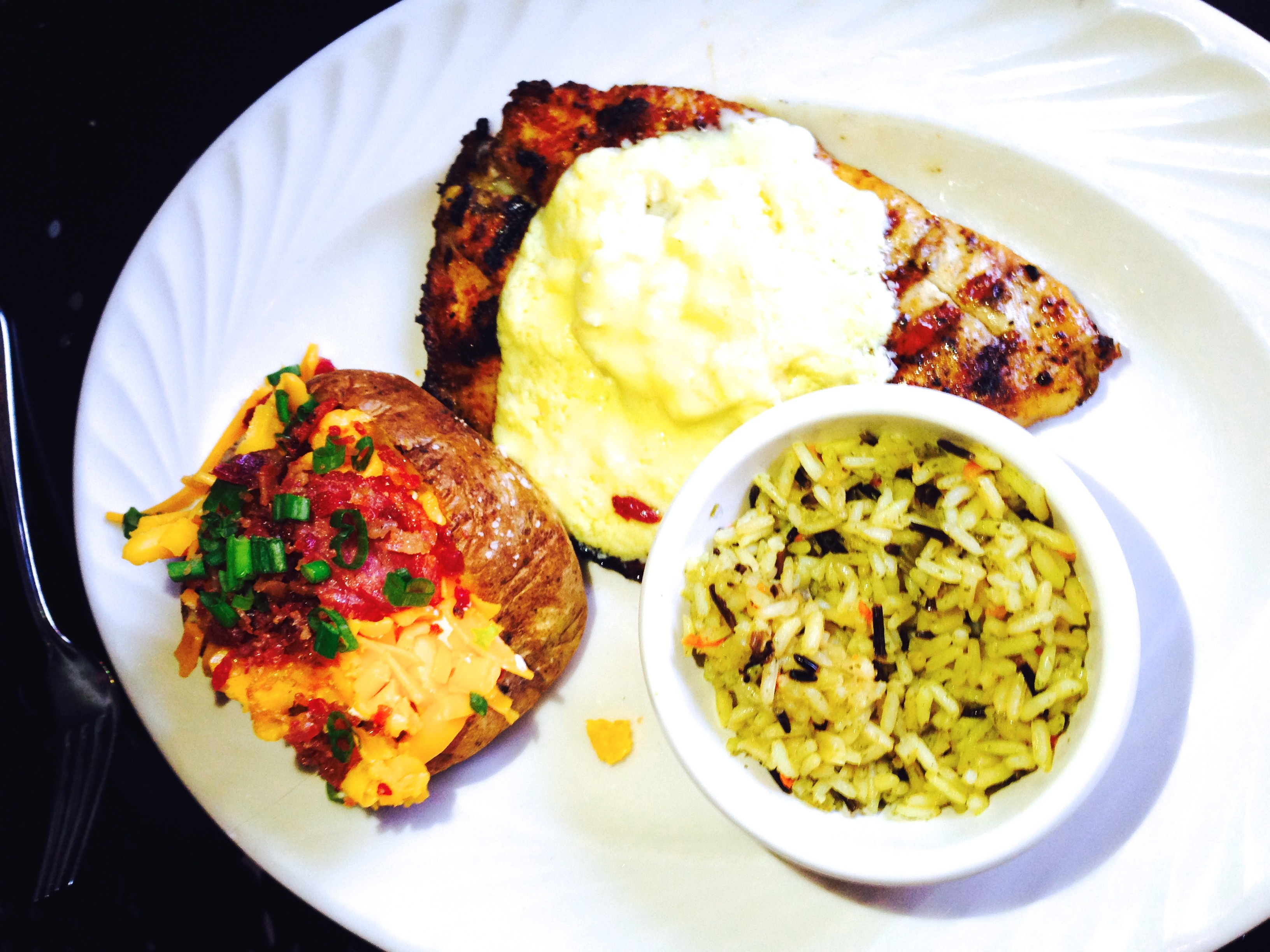 We went with two house specialties. Jason had the Tilapia Pontchartrain, bronzed, with lump crab meat and drizzled with béarnaise sauce. He planned to order the lump meat anyway, but the waiter told us they were out of soft-shelled crab due to a shortage. This was the best dish on the table by far, the filet was flavorful and prepared perfectly. The crab meat was plentiful and the sauce added to the dish without overwhelming it.

Shelle had the Seafood Crepes—a concoction of three crepes filled with shrimp, grouper, and clams, and then topped with more clams and shrimp. The
whole plate is smothered in a roasted red bell pepper cream sauce. This is the kind of meal you eat before you go on a fast. It will stick with you for a while because you will feel compelled to eat very morsel on the plate. The only misstep was that the mussels were slightly over done. Earlier in the week, Shelle sampled a similar sauce at another Cajun oriented restaurant. That version was a bit spicier and creamier than Mike’s version which she thinks may have benefited this dish as well.

The staff is friendly and knowledgeable. The atmosphere is comfortable for everything from a casual meal to a date night. The people have spoken loudly for the last 10 years that this is the best restaurant in Conway and we certainly saw why.