Andrew Droz Palermo and Tracy Droz Tragos are cousins, filmmakers and co-directors of the new documentary “Rich Hill,” which won the the Documentary Grand Jury Prize at this year’s Sundance Film Festival. The film follows three kids and their families in a small town in Missouri, Rich Hill (population 1,396). Variety calls it “an open-hearted portrait of impoverished American life,” and Indiewire‘s Kate Walsh writes, “‘Rich Hill’ is the type of media object that could and should be put in a time capsule for future generations.” The film will screen at The Rep this weekend as part of the Little Rock Film Festival‘s Cinematic Non-Fiction series, at 4 p.m. Friday and at 10:30 a.m. Sunday.

I’ve read that you guys have a longstanding relationship with Rich Hill, the city — can you tell me about this background, and what led you to make the film?

Andrew: Our parents grew up in Rich Hill, so we’ve both spent a lot of time there over the years visiting our grandparents who were active members of the community. While I was in Los Angeles finishing up a film, I was staying with Tracy. We got to talking on the way to the airport about the town, and how we might like to make something there. We both had seen the town really fall on some hard times, but were still so drawn to the place.

Tracy: My father died when I was an infant, and his parents, my grandparents, were kind of like surrogate parents to me. Because my mom worked full-time, when school was out, I’d get sent to Rich Hill — and I loved being there. It was a second home, and so different from chaotic city life in Oakland, Calif.

They died several years ago, and I’d felt a sense of disconnect with this place that I had loved. When Andrew and i got to talking about the project — there was a selfish reason I wanted to pursue it. I wanted to feel close to this place again. Once we got started, it grew beyond the personal. When we met the families and saw the circumstances and challenges they were facing, the film became nationally relevant and urgent

How did you find your characters, and how much time did you spend with them?

A: We met each of the boys in different ways — Andrew in the park playing basketball, Harley through his cousin, and Appachey in school. They all shared a deep love of their respective families, and were not afraid to let us know. I think that’s one of the things that really drew us to them, and really when the film began to deepen past portraiture. The familial love I witness in each of these homes something I’ll never forget, and hope to carry into my own life. We filmed from December 2011 until July 2013, the editing process took about 8 months all said and done.

T: I’d just also mention that we spent a lot of time in that year and a half with them — in conversation and observation, and just hanging out. We had about 450 hours of footage, and I think we were able to have the level of intimacy we did because we were patient. We didn’t rush to “get the good stuff,” we really followed where our kids wanted to take us.

How did you earn their trust, and the trust of the community? It seems so immersed in the locale — are you still in touch?

A: The boys absolutely love the film, despite parts of it being hard for each of them to watch. Andrew said once that he’d give it “40 our of 4 stars because it’s real, and raw.” For Harley, it was a way for him to see his mother, who he had not seen in almost 3 years, which was very difficult for him. Through the experience of Sundance, they all became very close, as well. Appachey felt so strongly about Harley’s story that he wanted to have a sleepover to hangout and talk. One of my favorite things to come out of the festival experience was something one of the mother’s, Delena, said during a Q&A. She said that for her the film is a document of a time in her life which was very hard, but that it reminds her that it’s not too late for her to change and be better. I so admire that statement. She allowed us in her home at very tough times, often during extremely low-moments, and yet she sees something positive about the experience. 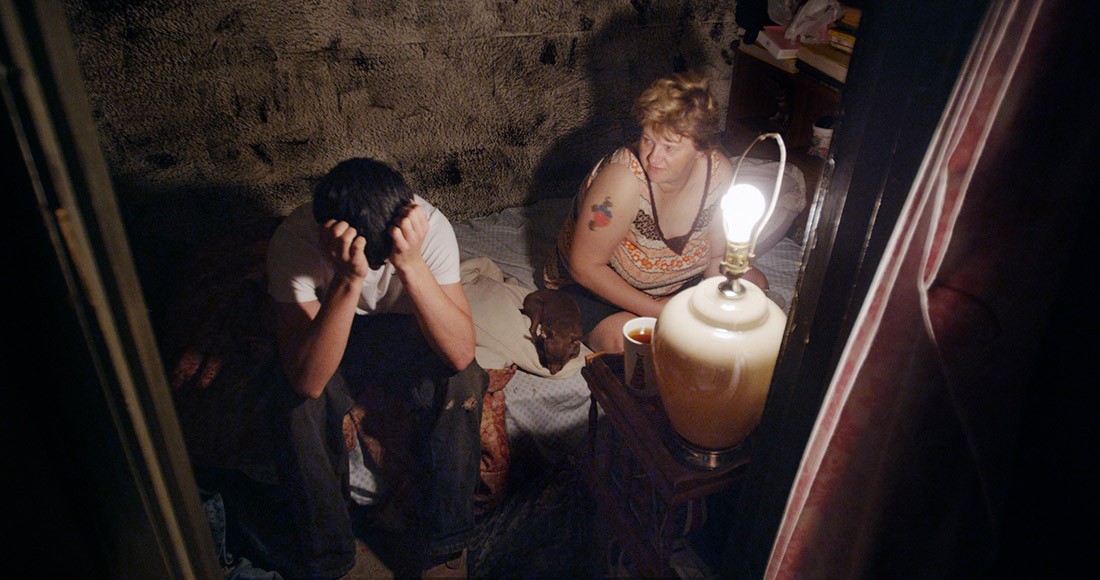 T: The trust was really ours’ to lose. The families were incredibly gracious from the beginning, they welcomes us into their homes and lives. In part that was on our grandparents’ good name — our grandmother was a beloved school teacher and our grandfather was a mail carrier. Everyone knew them and loved them. Also some had seen my first film about my father and thought I’d done a decent job, so felt like they knew me personally already. So we had a lot of credibility to begin with. That being said, I hope Andrew and I also were very trustworthy — we had a lot of conversations about our intentions and what it would mean to be a part of a documentary and to share their stories with a wider audience.

Especially from the families that ended up being our main families, we also discovered a deep desire to tell their story, to be heard, to have a platform to say, “This is what our life is like.” They wanted to do that very strongly, and that was in part because very few people seem to listen to them or care about their circumstances in general – life is a struggle – and while the kids especially still believe in the American dream and doing amazing things in their futures, there wasn’t any kind of a roadmap for how they might get there.

I talk to them almost on a weekly basis. With the film’s release there is a sense of belonging and being heard. They are embraced by audiences, and their lives have changed in small and big ways.

How did your collaboration work practically, what was a typical day of production like?

A: We were a very Spartan crew, often it was just Tracy and myself. I’d run camera and sound, and Tracy would interview. I think because we were so small, we were often allowed much closer than we would have been otherwise.

T: There wasn’t a clocking in and out. Instead, there was a lot of hanging out. Some we filmed, some we didn’t. We ate a lot of sour cream fries with Harley. We got Appachey his first smoothie. There was no typical day. In a way, it was like visiting family, but then we’d have these check-in conversations that also got pretty deep and soul-searching, especially during hard and challenging times.

Talk about the atmosphere and rhythm you were aiming for, and what was the reasoning behind those choices?

A: Growing up in mid-Missouri, I didn’t often see things that reflected my life in a way that I felt was fair, and honest. Much of the media in rural America is quite exploitative, and sensational, so making “Rich Hill” honest was of real importance to me. I didn’t want to be just firmly factual, however, it also need to had an emotional core, which often I find best expressed through the rhythm of meditative scenes. Score played a big part in achieving that as well.

T: We talked a lot about cycles and nature and the beauty of the place, even in its decay. And that was a metaphor for the families, who were struggling and had a lot of chaos but also had a lot of love, and the kids, who all, at least at the beginning, still had some measure of hope.

Sound design was also super important. The texture of the place, the sounds of the crickets and the highway. All these were aspects of the experience for me in visiting as a kid – I wanted to take people there. We wanted to create an immersive experience, and to bring people close to this place and these people. Despite the differences, we hoped audiences would see themselves in these kids and their families, and could recognize the universal family relationships, joys and struggles of growing up.

The score was about transcendence, and imagining that no one’s story stops with a moment of struggle. At the same time, we couldn’t make it “Mayberry” and wrap everything up with a bow. It was a balance of giving a breath of hope and not sugar-coating the reality.

How did you expect people to respond, and how have they responded so far? What you want people to take away from the film?

A: Audiences have been wonderful to the film. Since winning the Grand Jury Prize at Sundance, we’ve been blessed to play to sold-out theaters all over, which is just amazing, and so much more than I could have ever expected. But, it’s a hard film to swallow, and it takes some time to really sink in, because it touches on so many things going on right now. But that complexity is something I’m very happy with – I don’t want to make a film that you can just watch, enjoy and forget. The films that resonate with me personally bang around in my head and heart for days and even weeks after.

T: At its heart, I hope this film is an invitation to empathy, for audiences to think beyond the three kids and their families in the film (who are in a better place now, in part because of their participation in the film and audience reaction).

I hope audiences also think of all the kids who don’t have movies made about their lives. We’re doing a lot of work with the film now with non-profits and government agencies within the state of Missouri, who want to use the film as a training tool with social workers. We’ve also screened it for youth groups and on Capitol Hill with the Department of Education, who want to use the film to spark discussions around bringing resources to kids in rural America. We’re getting a lot of excitement from anti-poverty groups, because we don’t simplify the issue – which, we hear, ultimately makes the film much more useful to them.

This film doesn’t have a specific “ask” – it’s a film that takes a cinematic approach and asks you to sit back and be in the lives of families. When the film is over, I hope the question “now what?” gets asked, because that’s when a meaningful conversation can begin about how to support low-income families in rural America. And there’s a lot to discuss. 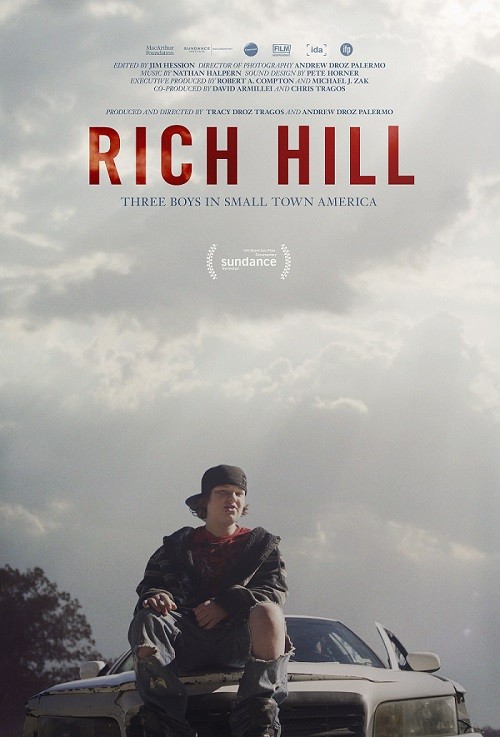