Lauren French and her husband recently moved from Fayetteville to Little Rock. She says they are “both excited to be here in Central Arkansas”…but probably not more excited than Central Arkansas is (or will be) to have the French family here. You see, Lauren owned of a pie trailer in Fayetteville—a stationary operation in a vintage Airstream that was situated outside The Yacht Club. With her families move, French is bringing her pies to the streets of Little Rock with a new truck she’s christened “The Pie Hole.” This time, French’s pie shop will be fully mobile and she expects to make appearances all across town and at most of the already popular food truck gatherings.

French is a pastry school grad with a sizable collection of pie recipes handed down by her grandmother, but relays that she’s big on innovation and is frequently looking for new and exciting flavor profiles for her pies.

She plans on serving both sweet and savory options every day. Savory items might include quiche or pot pies, for example. Some of the sweet pies she’s already impressed Fayetteville fans with include peanut butter-banana, s’mores, strawberry-nutella-pretzel, and double chocolate Boston cream pie. She’ll also offer a number of gluten-free options.

French says she’s still on track to open in two weeks. Follow The Pie Hole on Facebook or on Twitter to keep up with the latest news coming from the truck. I imagine these folks will fit in nicely with our growing fleet of food trucks already in action. 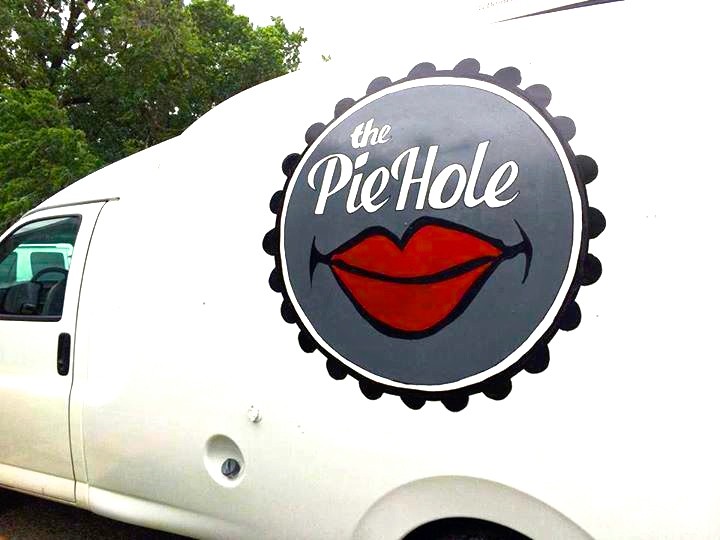