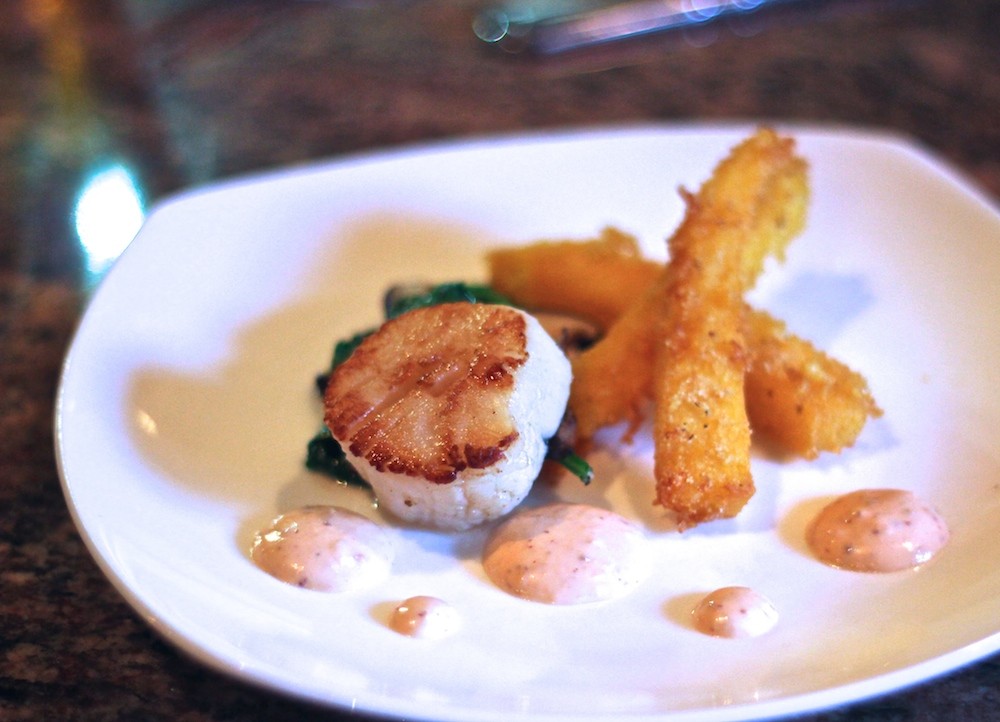 Perhaps Arthur’s Steakhouse and its seafood-heavy sister restaurant, Ocean’s at Arthur’s  have flown a bit under the radar for many Little Rock residents, due to their relatively westerly location in the Chenal neighborhood. But pop in almost any night of the week—and especially on a weekend—and you’ll see just how pleased the West Little Rock community is with this pair of restaurants.

Recently, a new face may be found at Arthur’s/Oceans. Chef Brian Kearns is looking to add his own finishing touches to the already successful eateries, propelling the two restaurants into dining destinations for every central Arkansan.

Kearns came to Arkansas from St. Louis in 2008. He began the Arkansas leg of his career as the executive chef at Ya Ya’s Euro Bistro, but later, after a “chance meal at Ashley’s,” he was offered a position as Executive Chef at The Country Club of Little Rock. (During this time, Kearns also took home the winner’s trophy at the 2013 Arkansas Times Heritage Hog Roast). After spending 4 years in the kitchens of the country club, Jerry Barakat (owner of Arthur’s and Oceans), approached Kearns about heading up his West Little Rock restaurants. “It seemed like a good fit for me,” says Kearns, and he took the Executive Chef position at Arthur’s/Oceans recently, in March of 2014.

Kearns sees Arthur’s and Oceans as “two very different restaurants.” He continues: “I really love the classic, old steakhouse feel of Arthur’s and I want to preserve that. I just want to update the menu and presentation.” He also hopes to better utilize Arthur’s beautiful wine cellar, which can seat around 16 people, by initiating a monthly “Cellar Dinner” series. Here, Kearns plans to create a dinner menu of four to six courses with wine paired by their sommelier, Amanda Bragg. Kearns paints Oceans as a “much more relaxed atmosphere,” allowing him to be “a little more playful with ingredients and presentation.” It’s at Ocean’s that Kearns hopes to make the biggest impact, determined to set quality and consistency as a top priority. 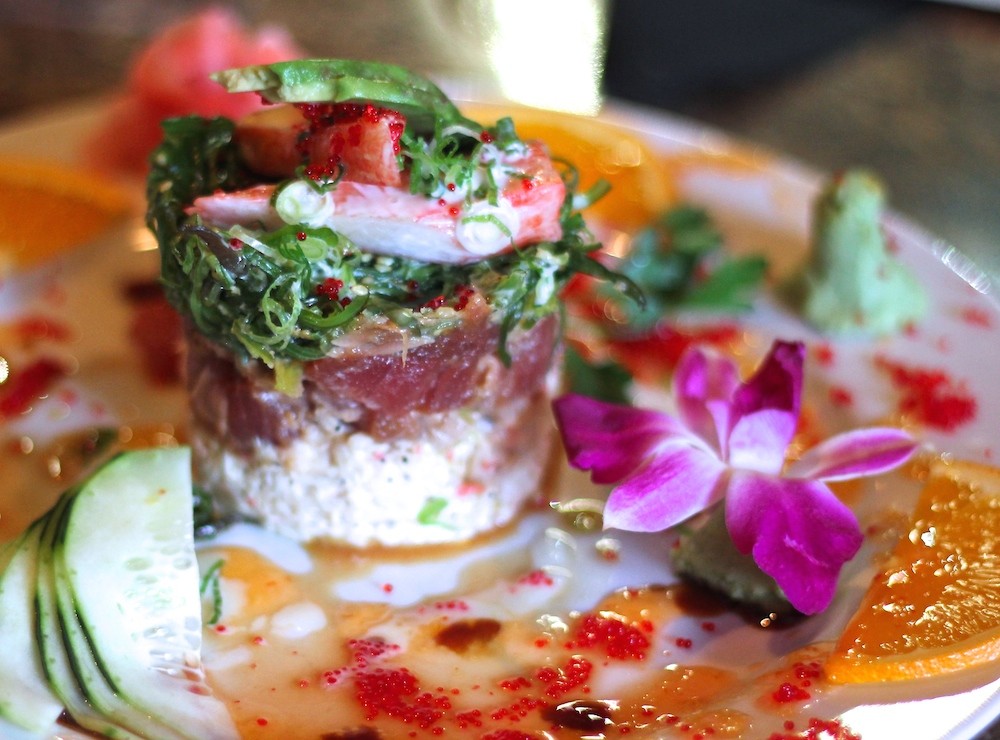 At Oceans, Kearns is joined by sushi chef Alex Guzman, who formerly had a strong run at Sushi Cafe, which he left in June of 2013. Adding Guzman is “basically, what turned this place around,” admits Kearns. Aside from some collaboration on what seafood orders they’d like to bring into the restaurant, Guzman is allowed to “do his own thing,” making the sushi menu entirely his own.

Kearns invited me to visit Ocean’s to get a look at the new menu he expects to roll out shortly. It featured a varied mix of sea life but finished with a formidable slab of beef in the form of a slow-roasted, rosemary-encrusted prime rib with horseradish cream and au jus. There were definitely some things to look forward to here. Our table was quite pleased with the plate of chargrilled Gulf oysters, topped with parmesan and accompanied by lemon and grilled bread. There was also a nicely done pastrami-cured Scottish salmon, served as a small bite on a house potato chip with horseradish and scallion. I was also impressed with my seared diver scallop, served with baby spinach, shiitake mushroom, remoulade, and crispy fried polenta fries…the polenta fries were particularly good, with crispy outside and almost creamy inside. We got a taste of chef Guzman’s abilities with his delightful “Seafood Tower,” a colorful concoction composed of blue crab, ahi tuna, a crunchy seaweed salad, and fresh citrus—our entire table was determined to make ourselves more familiar with Guzman’s sushi menu after this sampler.

Kearns has the potential to do great things at Arthur’s and Oceans. He’s an incredibly amiable guy, with a determination to provide his customers with a dining experience that’s second-to-none. If you haven’t ventured out to the western edge of Little Rock lately, perhaps its about time you stopped by to see what Kearns has got cooking. 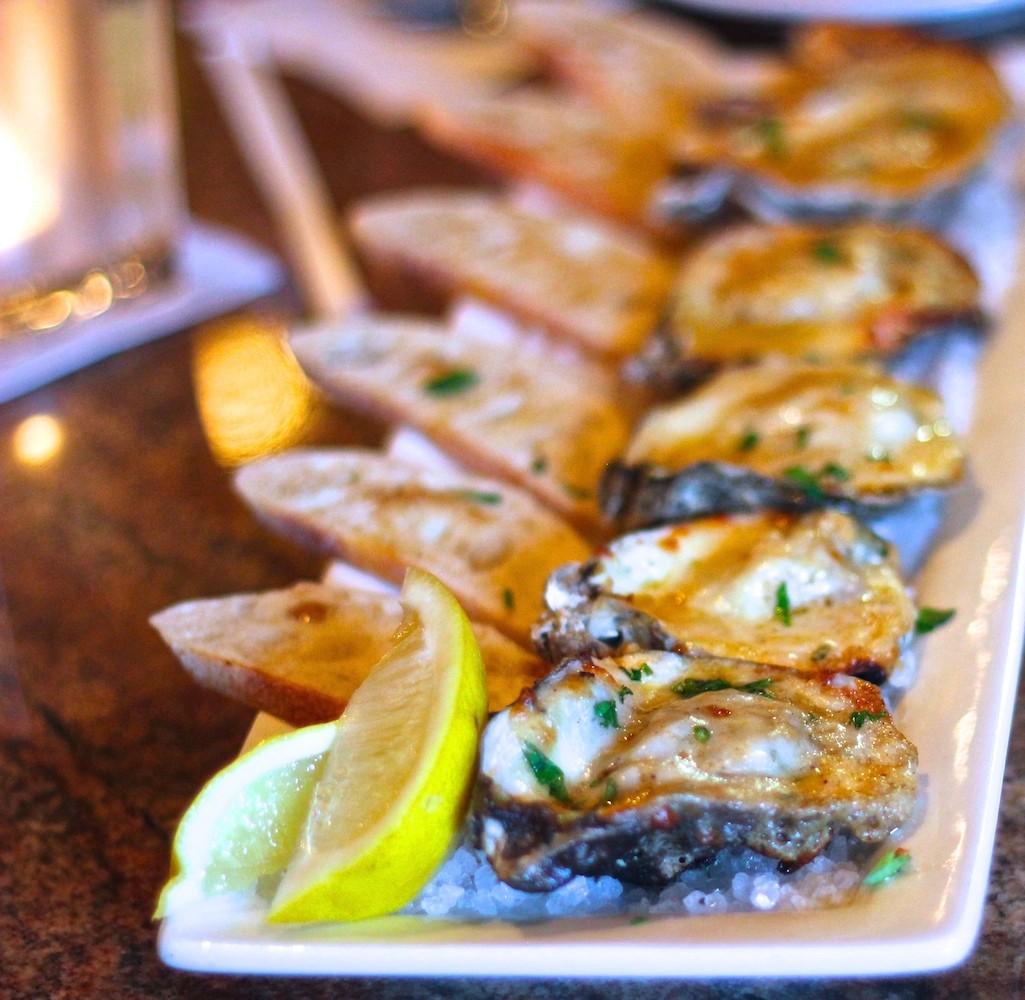