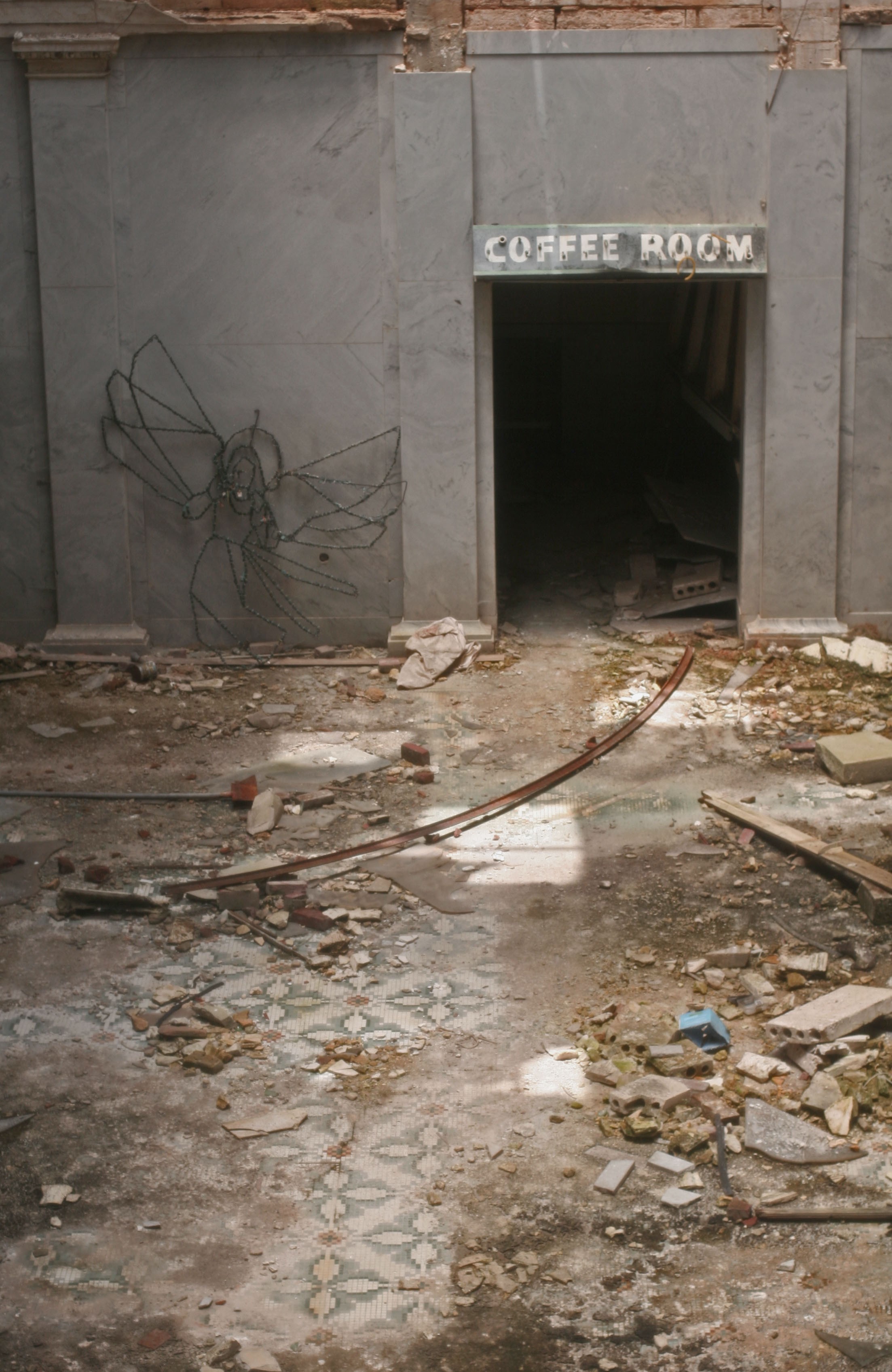 Pine Bluff’s abandoned and crumbling Hotel Pines, designed by noted Little Rock architect George R. Mann and featuring a two-story lobby, marble walls and a ballroom, is being documented by photographers and studied by architecture students. KUAR has the story about the 1913 hotel this morning.

The photographers include Rita Henry and the members of her Blue Eyed Knocker photography group. She was quoted on the radio this a.m.:

“When we’ve shown it to people in the past, people were kind of astounded. But what’s so fun about this is bringing people in here and having them take their first look at the lobby. It’s pretty astounding isn’t it? You get in here and you just go ‘wow!’ And then you leave it and it feels sort of sad that you’ve left it alone again.”

The director of the Historic Preservation Alliance of Arkansas, Vanessa McKuin, also tells KUAR that the hotel “was probably one of the finest hotels in Arkansas” when it was built.

Carl Matthews, head of the Interior Design Department at the University of Arkansas Fay Jones School of Architecture, has taken his students through the building and asked them to work to dream up new uses for the hotel. Restoring the hotel is unlikely, given its condition and the economic reality in Pine Bluff, which is losing population.