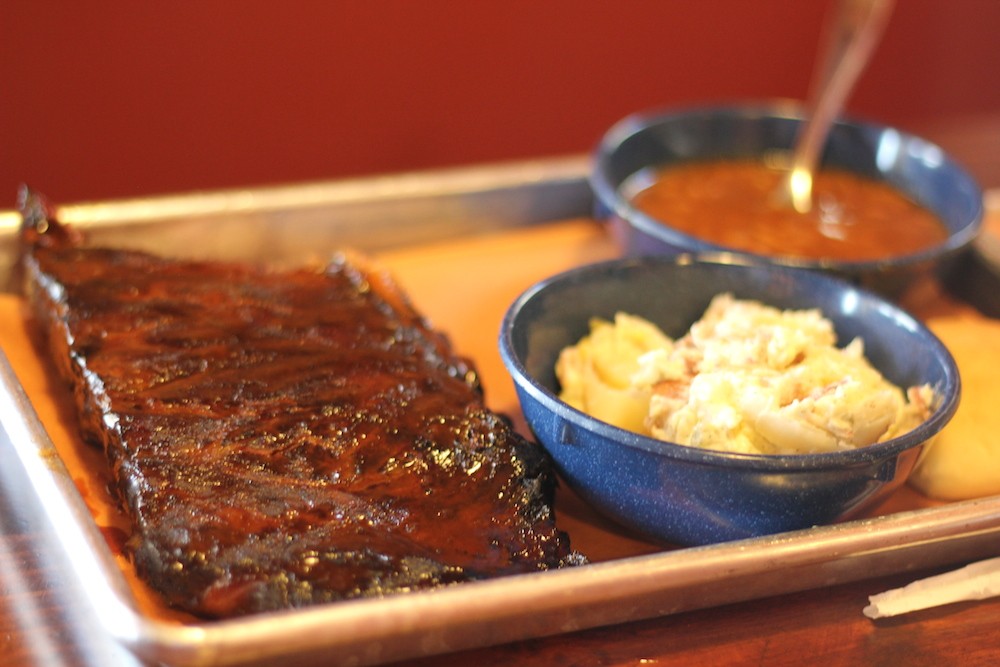 There is, perhaps, no other subject within southern food more hotly debated than barbecue. Most barbecue enthusiasts will vehemently defend their preferred regional barbecue style, whether it hail from Texas or Tennessee, from Kansas City to the Carolinas. There are passionate folks in every barbecue camp. The argument for “best barbecue in Arkansas” is no less stimulating, though it still gets a little muddy when trying to definitively determine a few frontrunners. Recently, there have been whispers about a new establishment that many feel could be a contender. It’s only been in operation for around 2 months now, but barbecue believers are already speaking very highly of this barbecue joint.

Delta Q, like most other Arkansas barbecue restaurants, is pork-centric, but its menu plunges a bit deeper than many ancient barbecue relics—offering a sizable selection of sandwiches, wraps, interesting appetizers, salads, and catfish, as well as a number of old fashioned sodas, bottled beers, and wines. But make no mistake, it’s pulled pork and ribs that are going to put this place on the map. And don’t expect to find yourself eating in a dilapidated, ramshackle hut, either. Everything at Delta Q is clean, fresh, and new. There’s a long, winding bar, crisp, well-designed menus, and youthful, but friendly table service.

One should not overlook Delta Q’s appetizers. We started with an item that immediately caught our attention, the Delta Q Loaded Fries ($4.99). Despite the rather ordinary name, these are essentially a southern version of that French-Canadian classic, poutine. Poutine doesn’t get nearly enough attention in the south, and there was no way we could pass it up here. It was composed of crispy fries topped in brown gravy, chopped pork shoulder, and chewy cheese curds. Most knock-off brand American versions of this dish forgo using actual cheese curds and just use ordinary melted cheese. But Delta Q did it right…actual bits of squeaky white curd. Overall, a wonderful dish.

We didn’t have the appetite to sample them this trip to Delta Q, but future visits will likely have us exploring a few other appetizer items. The BBQ Nachos ($7.99)—tortillas chips with chopped chicken or pork, melted cheese, and BBQ sauce—will likely be first on our to-do list, but we also got a look at their fried cheese bites ($3.99) and they were equally enticing. And true to the spirit of delta dining, hot tamales with chili in sets of three, six, and twelve are also sold. 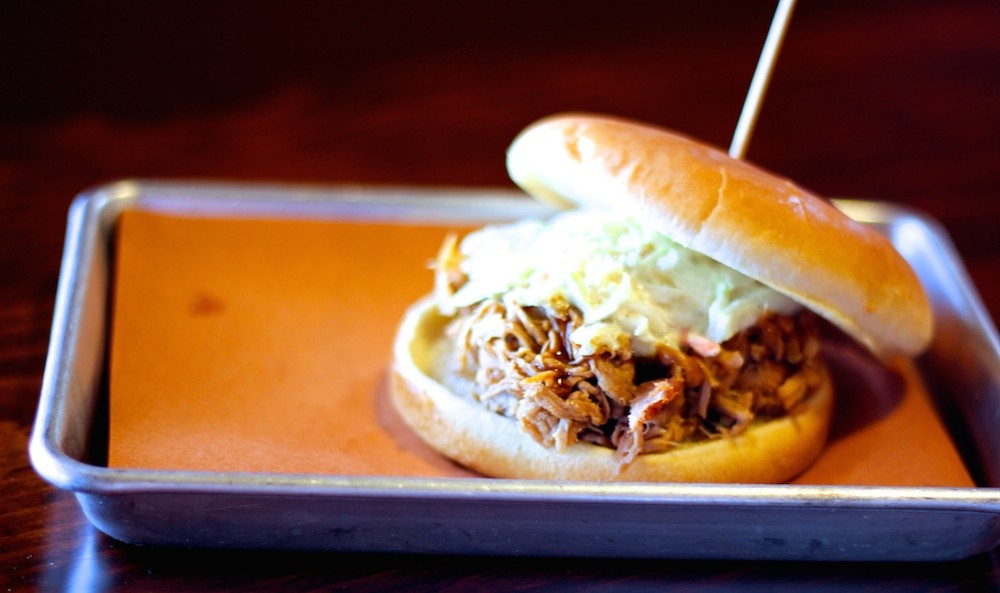 But it’s the classic barbecue items that left the greatest impression on us. We started with the half rack of ribs plate ($12.99) which came with two sides and a hot roll. The ribs we just fantastic and a finer rack of ribs I’ve yet to find in Arkansas. Very tender meat that pulled clean off the bone with the right amount of force. Just enough sauce to support the smoky pork flavor…it was a beautiful specimen and every rib bone was licked clean. Even the sides were impressive. We had some wonderful baked beans that were thick and saucy with chunks of pork shoulder incorporated throughout, and a nicely done potato salad with a creamy mayonnaise based dressing and chunks of red potato.

Our BBQ pork sandwich ($4.99) was impressive as well. The chopped pork was flavorful and tender and plentiful on the sandwich. It was lightly sauced, but we added a bit more from a table side bottle of house made barbecue sauce. We ordered ours topped with crunchy, creamy slaw—in all, a wonderful sandwich. For an extra $2 you can make it a combo and add fries or chips and a drink.

You’ll find an interesting phenomenon occurring nationwide within barbecue. While much respect is still shown to those classic, multigenerational barbecue meccas, a new younger group of pitmasters are being celebrated for their dedication to the craft and often outstanding product. Delta Q is a very fresh face within the brotherhood of Arkansas barbecue, but it’s already making waves among barbecue fanatics.

I hesitate to declare something “the best in the state,” as I know that’s a highly subjective proclamation, but Delta Q definitely needs to be in that discussion. And if a finer barbecue establishment does exist in Arkansas, I’ve yet to find it. To any barbecue devotee, plan to make the trip to Forrest City to see for yourself what Delta Q has to offer. 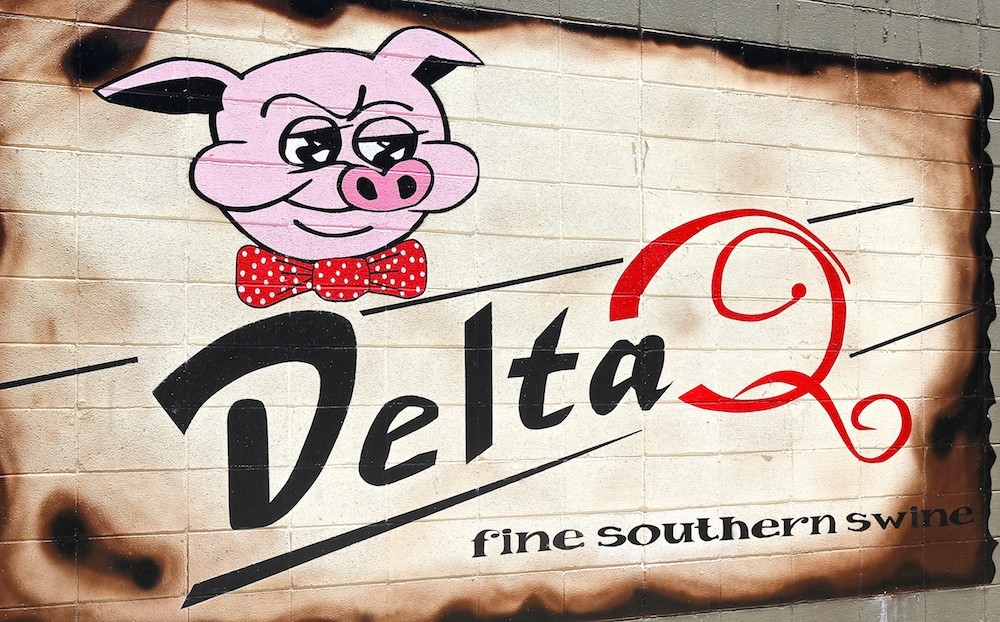