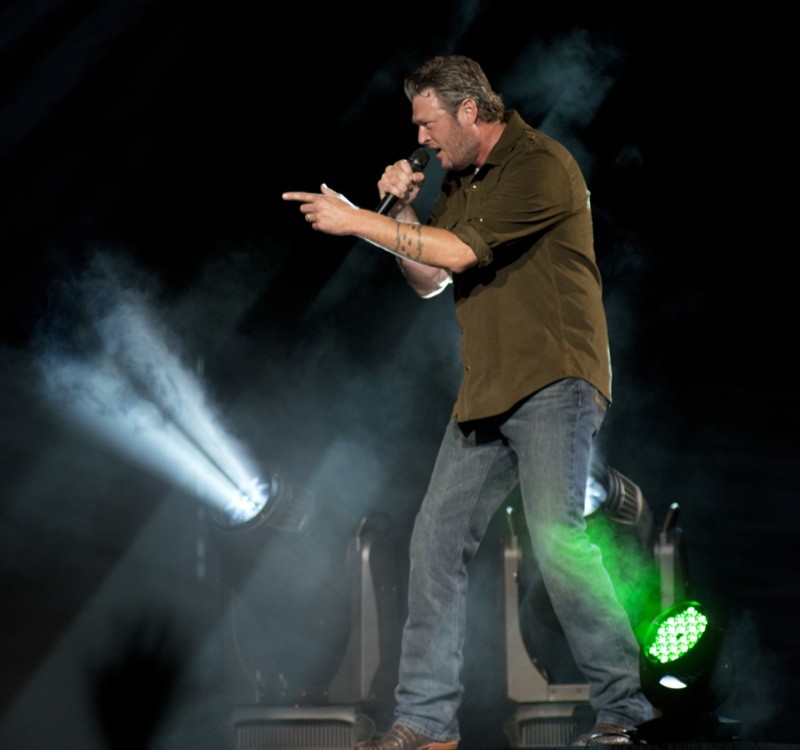 Since hitting the top of the charts with “Austin” back in 2001, Blake Shelton has worn a number of hats – even though he doesn’t wear a real hat much anymore. He’s a coach on NBC’s reality TV singing competition “The Voice,” he’s a popular co-host for the annual Academy of Country Music awards, he has deals with Pepsi and Pizza Hut and, of course, he’s the husband of country star Miranda Lambert.

He’s also very savvy. He has a knack for making an audience, such as the 13,962 fans Sunday night at Verizon Arena in North Little Rock, think there’s nothing in the world he’d rather do than show up and sing for them. The reigning Country Music Association Male Vocalist of the Year and a past CMA Entertainer of the Year, Shelton has carved out an incredibly successful career while coming across as a self-deprecating, down-to-earth guy with a great sense of humor. And, oh yeah, he also has a way with a country song.

After starting out with “All About Tonight” and “The More I Drink,” Shelton had a fine old time with “Some Beach” – while briefly donning a cowboy hat with long hair in the back – “Ol’ Red” and “Hillbilly Bone.” His version of Lambert’s hit “Over,” which they wrote together about his brother, and a solid cover of Michael Buble’s “Home” showed off his emotional side. In a nice touch – and a big surprise to the crowd – Shelton brought out country star and Poyen native Justin Moore, who thrilled the home fans with his hit “Lettin’ the Night Roll.” Shelton finished with “Honey Bee” and “Boys Round Here” before returning for a two-song encore – “Footloose” and “God Gave Me You.” 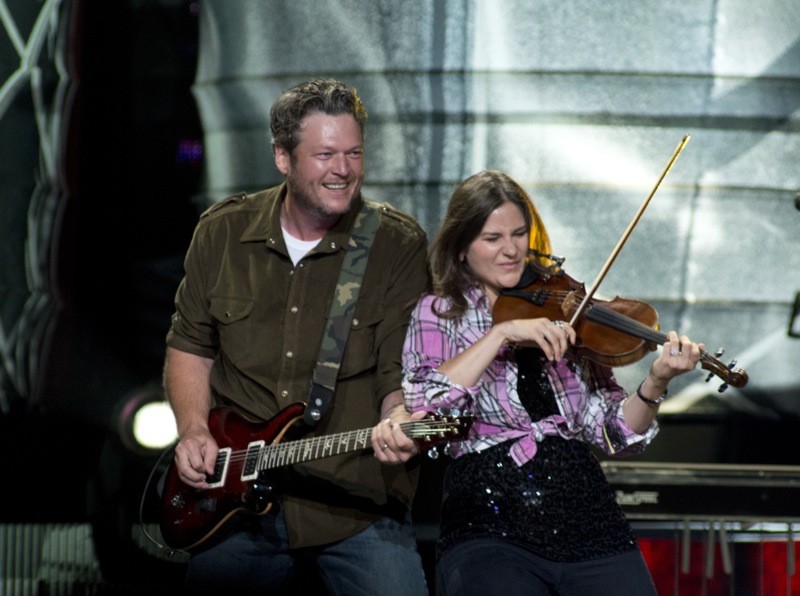 The Band Perry – big sister Kimberly and her brothers Reid and Neil – has been delivering vibrant, energetic shows ever since hitting country radio back in 2010. And the siblings were in fine form Sunday night. Kimberly Perry can belt out country hits with the best of ’em – “You Lie,” “If I Die Young” and “Better Dig Two” all proved to be crowd favorites – and her brothers provided great background vocals while playing everything from a bass guitar to drums and a mandolin. In fact, in remarks prior to “I’m a Keeper,” Neil slyly defended the size of his, um, instrument (“I put the man in mandolin”) and Reid spoke of sporting long hair amid more clean-cut country acts (“I’m not cutting it”), but mostly they let their music speak for itself. The threesome’s cover of Queen’s “Fat Bottomed Girls” had lots of fans up dancing as did the clever “Chainsaw.”

Dan + Shay, the new country duo comprised of Dan Smyers and Arkansan James Shay Mooney, delighted the crowd with a 25-minute set, highlighted by the catchy “19 You + Me,” a song that showcases Mooney’s powerful voice. In between the three acts, host Neal McCoy offered up hits and covers, including his always popular “Wink” and “The Shake.”