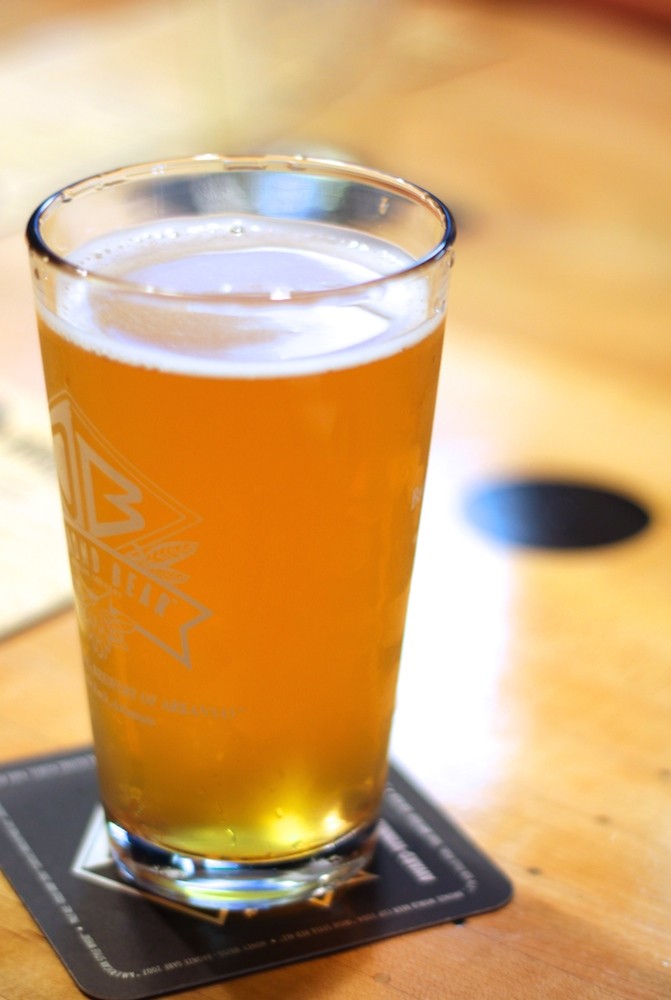 Eager to give fans of their product a place to sit together, drink, and have a bite of food, the folks behind Diamond Bear Brewing Co. have brought their brewpub restaurant, Arkansas Alehouse, to North Little Rock. It’s only a few weeks into being fully operational, but the restaurant off Broadway St. already seems to be drawing quite a crowd. Perhaps general manager, Matt Beachboard, has something to do with that…and the fact that he and his brother, John, have been associated with some of the state’s most popular restaurants for years now, Big Orange and ZAZA. I wouldn’t be surprised if several anxious admirers have thought, “With a name like Beachboard, it has to be good.”

I was able to stop in this week to get a peek and what they’ve been able to put together so far. There’s still some kinks to be worked out, to be sure, but there’s some promise there, too.

Walking in, the customer wanders through a small retail store full of Diamond Bear merchandise…t-shirts, hats, bottled beer, etc. A sharp left leads the guest into a smallish, one-room bar and restaurant with around a dozen or so small tables, a moderately sized bar area, a few TVs, and several large windows showing off the insides of the brewery. It’s simply decorated in blues and golds, nothing fancy, with a very casual “come-as-you-are” attitude written all over it.

While the restaurant doesn’t currently offer a complete selection of its own Diamond Bear beers, they still carry some of their own select brews, like the pale ale and a few IPAs, along with a selection of outside beers, including Saddlebock, Abita and Stone’s Throw, just to name a few.

The one-page menu is small—diners choose from a half-dozen appetizers, a handful of sandwiches, a couple soups, and a few dessert options. While their German-style pretzels, seemed like an intriguing way to being the meal, we were quickly informed that they had none that night. We also considered their “Borrelnootjes,” a Dutch version of beer nuts made with peanuts wrapped in a “cruncy-sweet shell.”

We settled on an order of their brats ($6.75). We were brought out two sausages, sliced and served alongside whole grain mustard dijonnaise and a jalapeño aioli dipping sauces. The sausages were good—soft, tender, and flavorful—but the portion felt a little small. Still, everyone at our table enjoyed them, and their jalapeño sauce was a very nice accompaniment. We also sampled one of their two wing options ($6.75), the Thai-style chili garlic wings (passing on the Southern-style version with mustard and vinegar BBQ sauce). Our wings were also tasty, slightly sweet and a little crispy, but without much spice as we’d hoped for and they also felt a bit small, without much meat clinging to each bone.

We tried their version of red beans and rice ($4/cup) which came loaded with bits of andouille sausage. It’s cooked with Diamond Bear’s Two Term Double IPA, which did give it a slightly malty, milder flavor. It’s thicker and sweeter than other versions we’ve eaten, too. 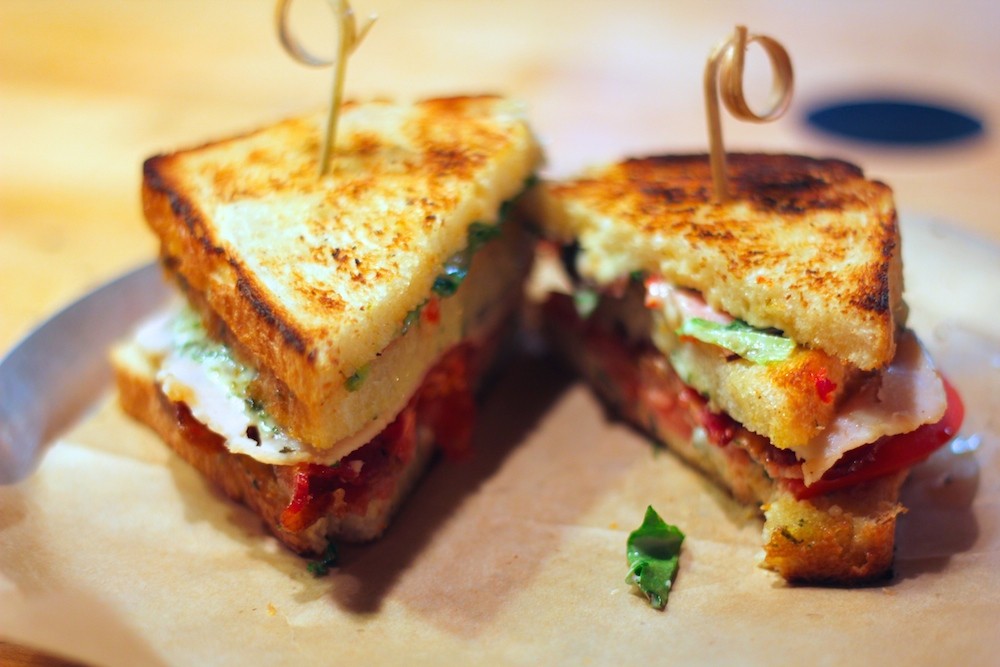 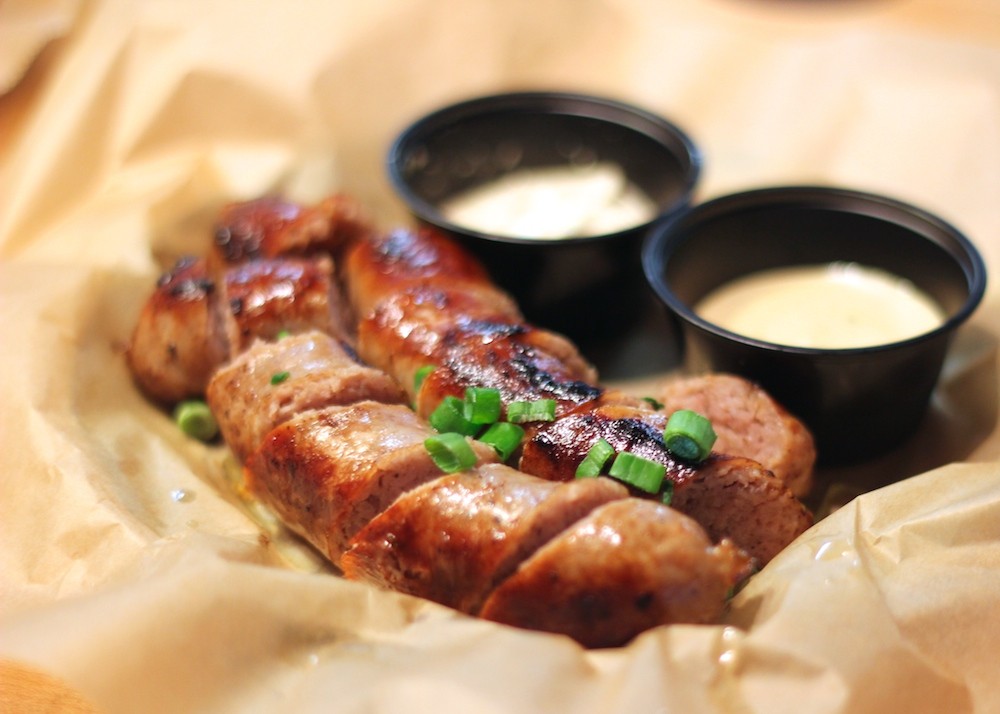 We ended with sandwiches—these are served with a bag of Miss Vickie’s chips or with their house-made German potato salad for a $2 upgrade. Our table sampled the “El Cubano” ($8.25) with pickles, yellow mustard, fat back ham, pulled pork, and provolone on grilled sourdough. There was also a veggie sandwich ($7.25) with grilled zucchini, tomato, caramelized onion, goat cheese (the menu says ‘brie,” however) with an olive and fig tapenade.

I enjoyed my “Fresno Club,” ($8.25) with bacon, ham, smoked turkey, basil and sundried tomato mayo. It was quite flavorful with good quality meats, just the right amount of dressing up with condiments. The flat iron steak sandwich ($9.25) was also successful, with its caramelized onions, jalapeño aioli, medium-rare steak, and smoked provolone. We’d have no problem ordering both these sandwiches again. A few in our group sampled with German potato salad, which had promise, but went a bit too heavy on the black pepper.

We passed on desserts this time. There’s only 3 options here, but the fried sweet pretzel was unavailable and the “Diamond Beer root beer float” is (unfortunately) still being made with A&W, as they’re not yet serving up their own root beer (it’s coming in a couple weeks, apparently).

The restaurant was busy, nearly every seat was full this night—hopefully the alehouse can keep that going. I imagine things will continue to improve as their beer selection increases and a few of the featured menu items not offered this night become available. 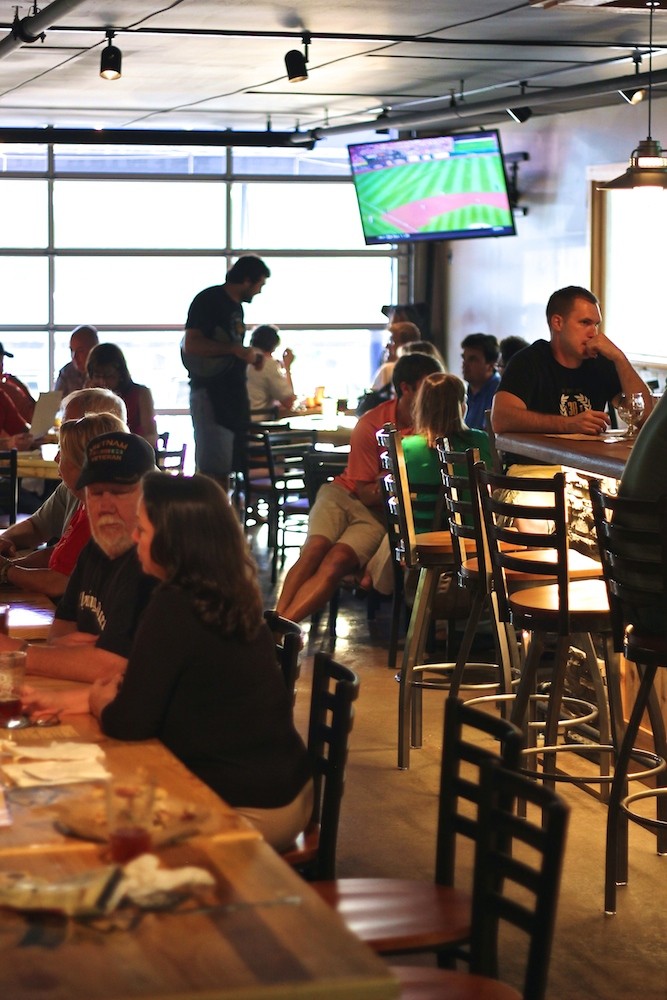 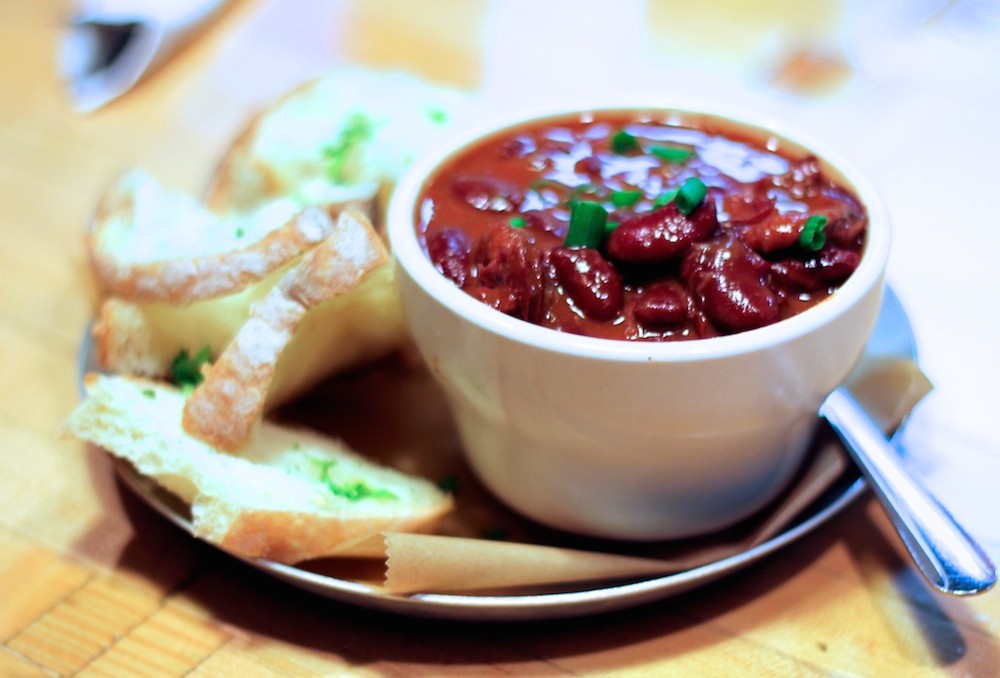 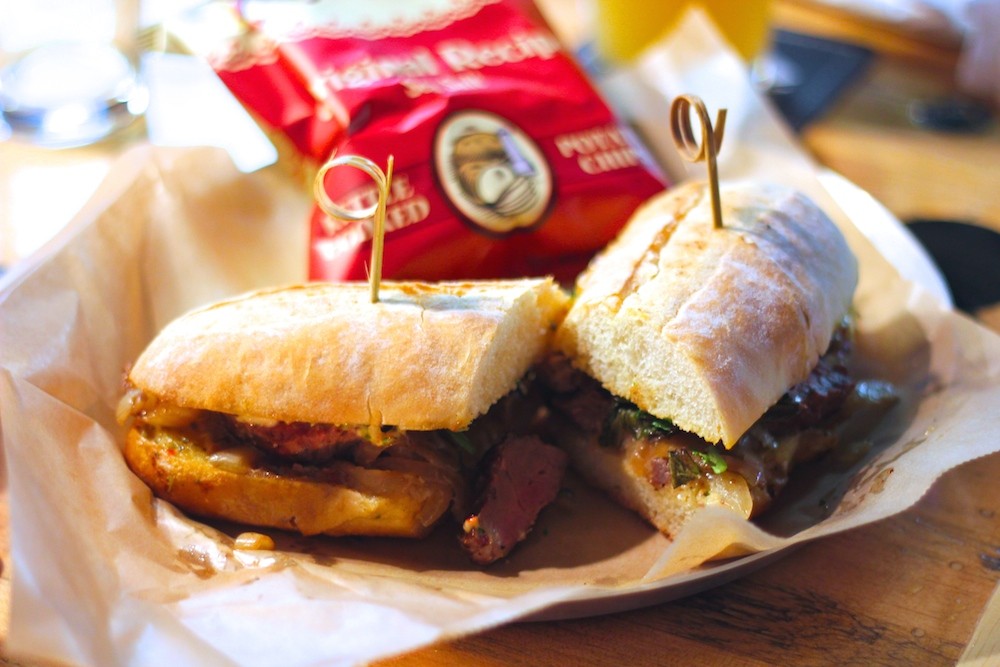 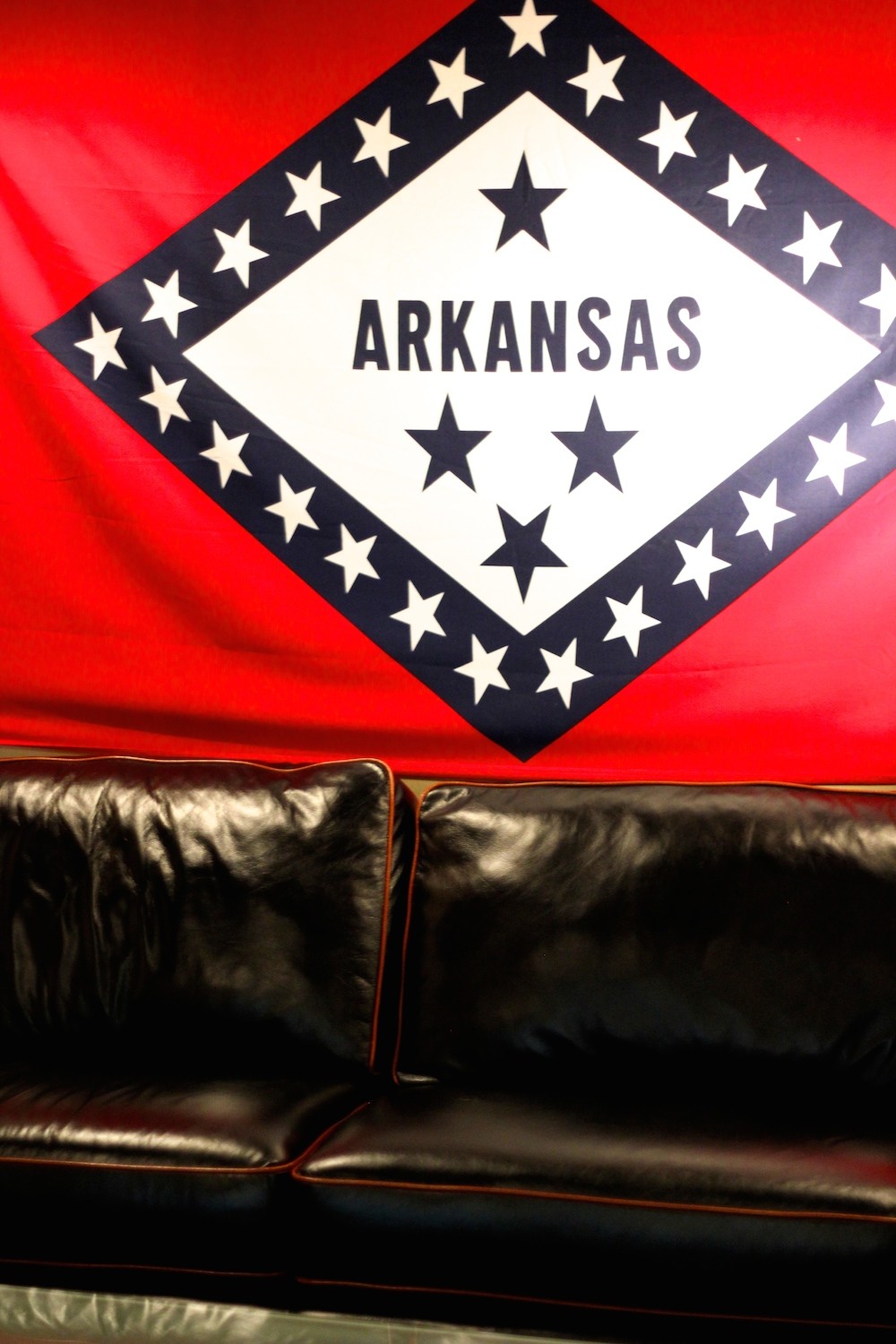 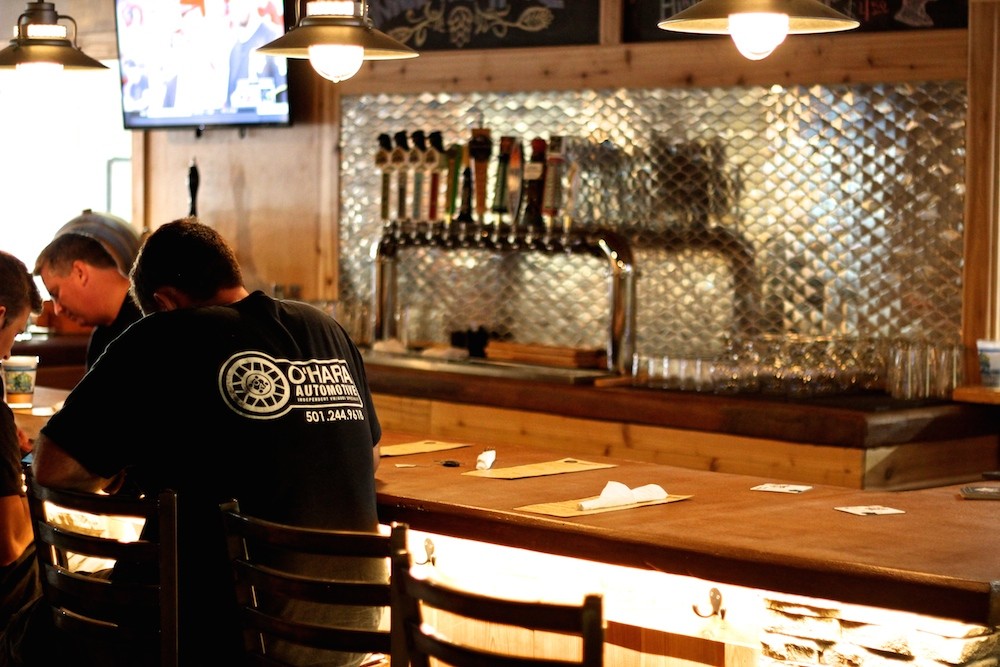 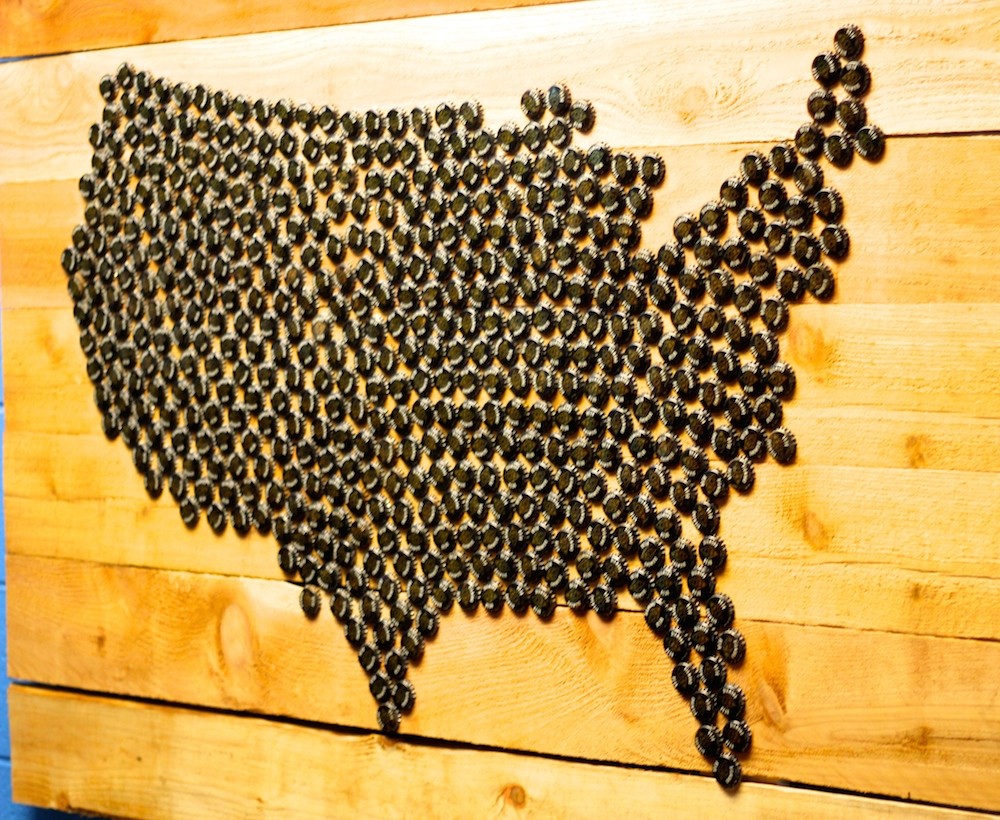