The Arkansas Times will take its fourth Art Bus tour to 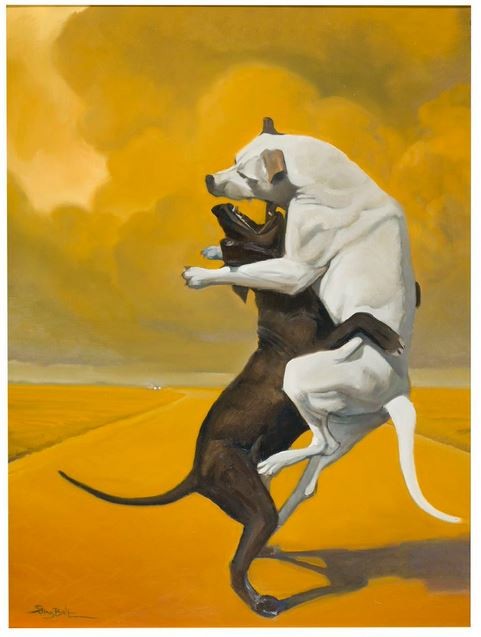 Crystal Bridges Museum of American Art in November to see “State of the Art: Discovering American Art Now,” a showcase of more than 200 works by 102 contemporary artists from across the country, and when we get there we’ll see works by four Arkansas artists among the crowd: John Salvest, Delita Martin, Guy Bell and Linda Lopez.

To select the artists represented in the exhibition, CBMAA president Don Bacigalupi and assistant curator Chad Alligood traveled a distance roughly equal to halfway to the moon to see the studios of 1,000 artists working in painting, drawing, sculpture, installation, photography and other media. So intriguing was the idea for the show that the exhibit got advance write-ups in the New York Times, Art News, the Huffington Post, Art Fix Daily and other arts-related publications.

Initially a search for emerging artists, Bacigalupi and Alligood decided to focus on artists that may be known regionally but not nationally. “State of Art” features work by artists ranging in age from 24 to 87.

Salvest would be the senior of the Arkansas artists. He’s been making terrific 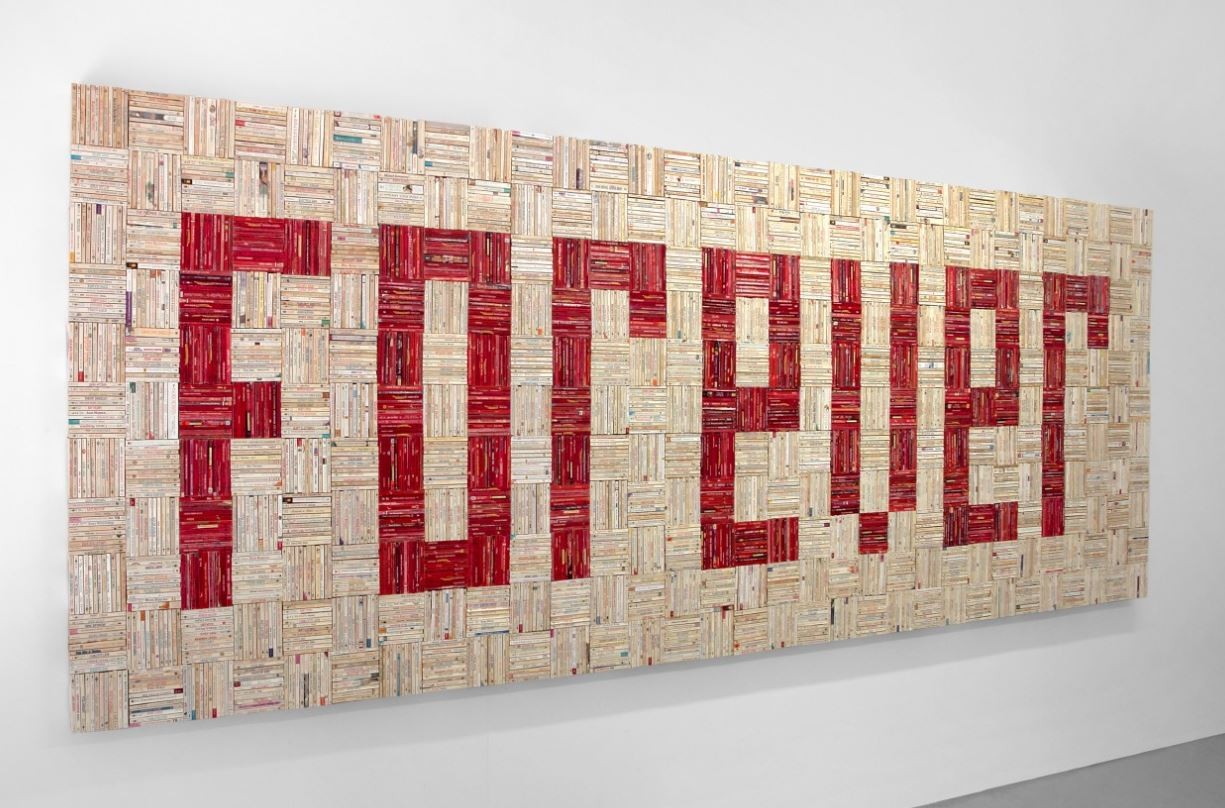 conceptual art for years; you’ve read about his Memphis show “Disappearing Ink”; his Kansas city installation of shipping containers  “IOU/USA,” his stamped-word work “Great American Novel,” his medicine cabinet in which painkillers spell out “Seize the Day” and his various takes on the American flag, one made out of bullets, another out of matchsticks, in the Arkansas Times over the years. Salvest has exhibited in galleries nationally and his work has been reviewed in such hallowed pubs as Art in America, The New York Times and The Village Voice. He is not unknown then, but could be better known, and it is satisfyingly ironic that an Arkansas museum could be the means to that end.

Printmaker Martin and painter Bell you read about in the “Take Five” cover story about narrative Arkansas artistin the June 5 issue of the Times. Lopez of Fayetteville is a ceramicist who was named a 2012 emerging artist 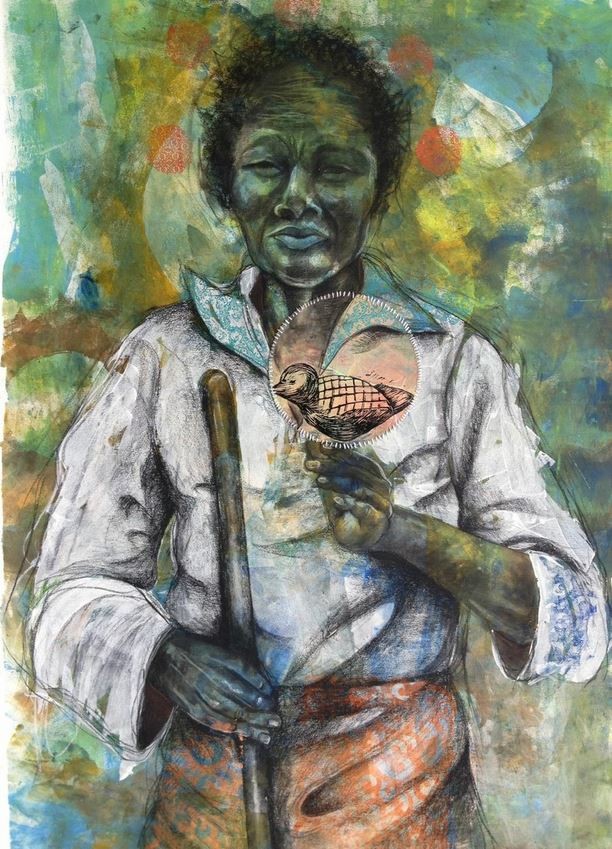 by Ceramic Arts Daily. She is on faculty at the University of Arkansas and has shown her work nationally and internationally.

Crystal Bridges has not released a full list of participating artists, but has provided these details: There are 54 male and 48 female artists in the show. By region, 26 artists were chosen from western states, 27 from the mid-Atlantic, 25 from the South and 24 from the East Coast. It also released a sample of images from the show and a bit about some of the artists:

“The exhibition is a glimpse into the state of art in our nation at this moment,” said Crystal Bridges president Don Bacigalupi. “Presenting the exhibition at Crystal Bridges provides us an opportunity to see contemporary art in the broader historical context of the five centuries of American art in our collection, as well as connect us to what’s happening in American art at this moment. By examining a wide range of works by artists from across the country, we can gain insight into our nation as a whole: our collective passions, challenges, and concerns.”

For instance, in Boston, artist Nathalie Miebach’s work focuses on the intersection of art and science and translates meteorological events into woven sculptures. On the Umatilla reservation in eastern Oregon, James Lavadour responds in paint to his experience of the land and legends of his Walla Walla heritage. In Cincinnati, Terence Hammonds creates art installations that feature music and inspire dancing, yet reflect on our nation’s civil rights history. And in New Orleans, Gina Phillips weaves narratives in mixed media about family and sense of place.


The exhibit, which opens Sept. 13, will be staged in the 20th century gallery; the temporary exhibition galleries; on the grounds, including a a site-specific installation by Cleveland-based artist Jimmy Kuehnle and a sculpture by Boulder-based artist Kim Dickey, and in downtown Bentonville. An app, a catalog and videos of the artists in their studios are is being created for the exhibition. 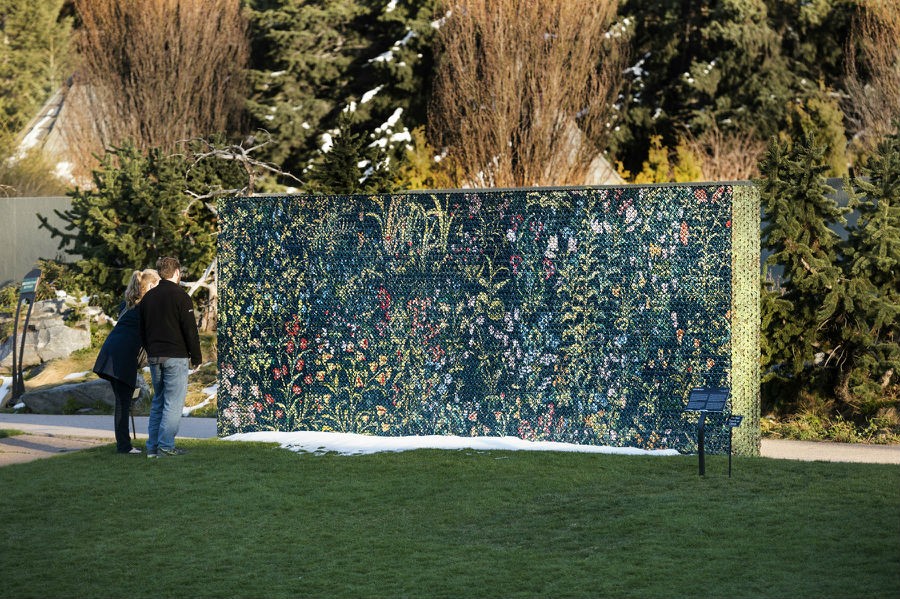