In 1967, a North Little Rock group, The Villagers, released a cryptic early psychedelic record called “LSD” under the name Suspension of Belief. The song is a mix of non-sequitur lyrics, a haunting folk guitar ballad and orchestral sound clips interspersed throughout in an early example of sampling. When the group recorded it, they had no idea that producer George Whitaker, the owner of Zay-Dee records, would transform their psychedelic folk song into a swirling operatic wonder.

The Villagers began when guitarist Pat Barkley, along with her twin sister guitarist Pam, joined with drummer Clay Thompson and bassist Larry Shilling in 9th grade to play instrumentals. When the group entered North Little Rock High School in 1966, they added singer Billy Hayes. They played one of their first gigs at Fourth Street Junior High School, doing “Jolly Green Giant” at a school assembly.

Norman Snow was a classmate at NLHS, where he played football. He also did musical comedy and was friends with Thompson. Snow went to a rehearsal and they asked if he could sing “Walkin’ the Dog.” He pulled off R&B vocals like Mick Jagger and did a guest vocal that was a hit with the crowd. Instead of replacing Hayes, the group opted to have two lead singers.

The band transformed again when the Barkleys heard a local group featuring bassist Bill McCumber and guitarist Ronnie Evans and asked them to join. McCumber and Evans had been in several groups together, including The Breakaways (featuring famed Arkansas author Robert Palmer on sax). McCumber and Evans were a couple years out of high school at the time. The Villagers (sometimes misspelled Villigers on purpose) replaced Shilling on bass with McCumber and added a second lead guitarist with Evans. 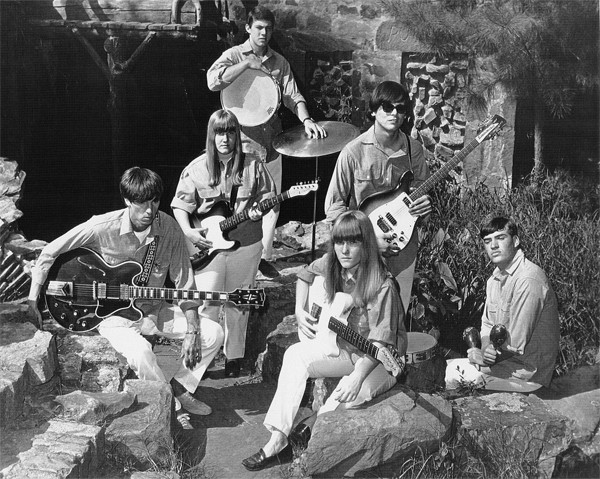 They played almost every weekend at the North Little Rock Youth Center. Their first set was a mix of popular tunes, but the second set was all Rolling Stones with Snow on vocals. There was a lot of competition between bands at the civic and youth centers, and having twin girl guitarists and two lead vocalists helped them stand out.

The Barkleys and Hayes were determined to write some challenging songs as the first wave of psychedelia began penetrating pop culture. They played all covers live, but wanted to make a 45 record and began experimenting with writing originals. Hayes was in charge of the lyrics and the Barkleys came up with a haunting guitar part, and so “LSD” took shape. Like many groups at the time, they imagined what a psychedelic experience might be like and came up with their own vision.

The Barkleys sought out the owner of a label, Zay-Dee records, that had recently produced a 45 for nearby Searcy group The Paragons. Zay-Dee was founded by George Whitaker and his wife Doris in Batesville, Arkansas. Whitaker was a rock ‘n’ roll DJ at KSEL in Lubbock, Texas, in 1962 when it was one of the biggest stations in the country. Doris was from Batesville, and when they moved there around 1963, Whitaker took a job at KBTA, the local radio station, as the studio and transmitter engineer.

Zay-Dee is named after a KSEL DJ named Zay Dee Whooten, the “Zay” being a contraction of Isaiah. Whitaker fell in love with the name, and used it first for his label and later as the name of his second child. In 1965, Whitaker’s father bought a radio station in Marianna, Ark., and asked his son to be general manager. Shortly afterward, the Barkleys called Whitaker and traveled across the state to work with him. They decided that the Villagers sounded a bit pedestrian for a psychedelic record, so they changed their name to Suspension of Belief. Hayes sang lead on both recordings.

The group got to the studio to find a small room covered in fish nets to hold down the sound dampening material. Thompson’s drums were set up right against the wall, and he kept getting his sticks caught in the nets, which made for some awkwardness and humor. They did several takes and were happy with what they heard. When the group left, Whitaker experimented and, without the group’s knowledge, wove in an opera recording while mixing the song. Whitaker did an excellent job of intertwining the two recordings along with sound effects to create an ethereal soundscape.

When the 45s arrived, the band was stunned. They thought the added bits drowned out their song and were dumbfounded. Shortly after, the group broke up, as McCumber and Evans wanted to play in more nightclubs and the twins wanted to focus on getting ready for college. Snow was a talented actor and scored a scholarship to Julliard. He went on to have a career on the stage and starred in the films “Manhunter” and “The Last Starfighter.”

Whitaker moved back to Lubbock and released the final Zay-Dee record, by a group named Gabriel and the Seven Inch Reel. He continued with a career in radio and announcing, and is still active in the business.

A few years ago I got an email from my buddy Mike Dugo, who runs the garage rock-centric website 60sgaragebands.com. He had been contacted by Rick Clark, who was working as the music supervisor for an independent film and was looking for obscure, southern `60s psychedelic music to license. Dugo put Clark in touch with me and I sent him a copy of my Arkansas garage rock compilation “Lost Souls Volume 1,” featuring “LSD”. The film’s director, Billy Bob Thornton, was interested in licensing this song in particular, so I put Clark in touch with Whitaker and finally found the Barkley twins and Hayes to get everything squared away. “LSD” appears in the film (“Jayne Mansfield’s Car,” starring Robert Duvall) in a scene featuring Kevin Bacon. 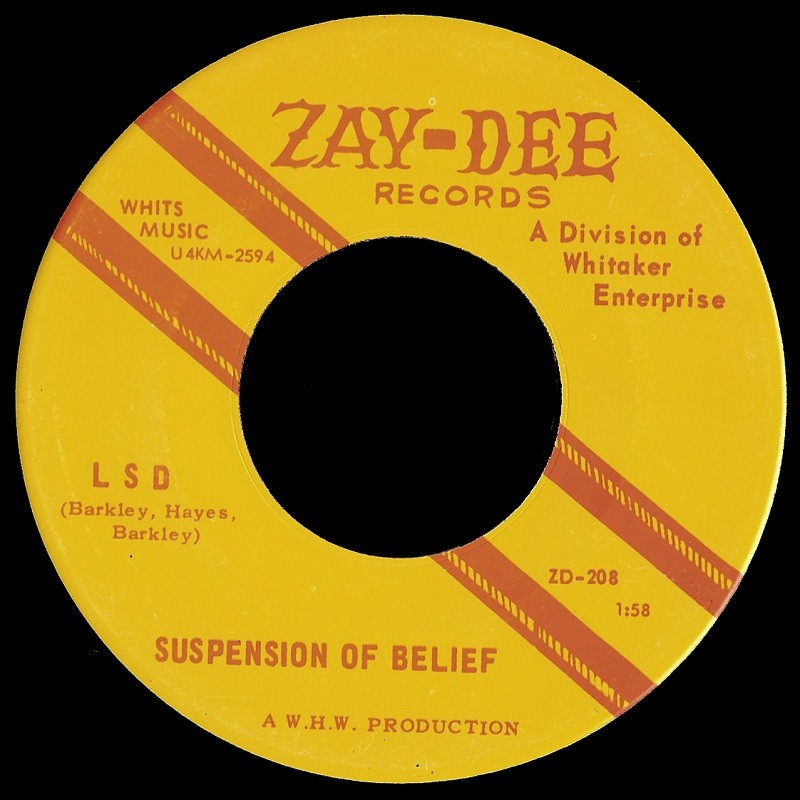