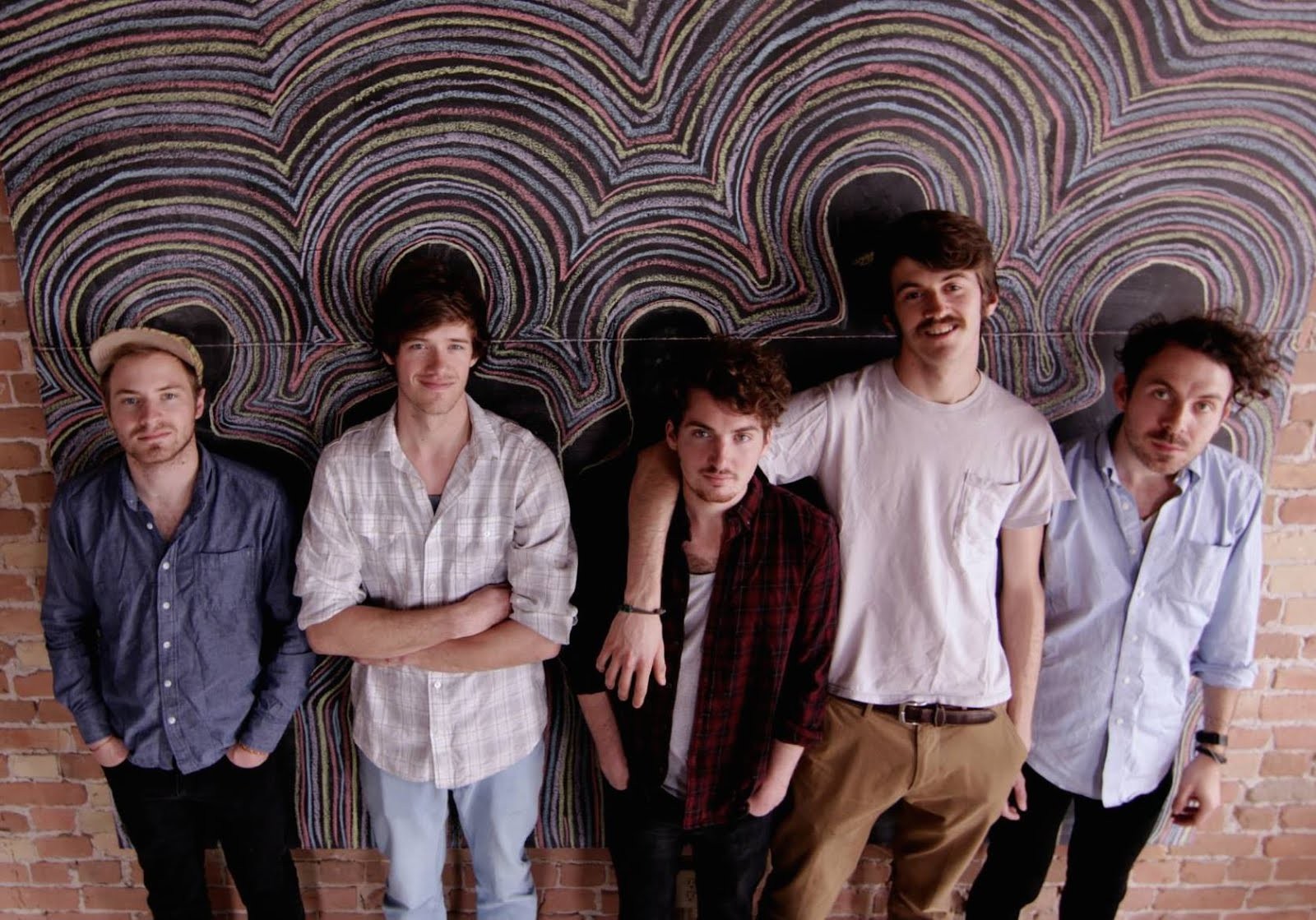 The fellows from Fayetteville’s SW/MM/NG are about to go places — literally, as they hit the road next month as part of a national tour with stops far from home, and more figuratively, as they’ve procured a spot on Old Flame Records’ roster and are gearing up to finally release their full-length debut. They play a somewhat comforting amalgam of what, on Facebook, they describe as “Genre dad rock, if your dad is into reverby pop songs.”

I caught their last local show before the tour commences, at a benefit for Fayetteville’s Nightbird Books (which warrants a reminder to support your local indie bookseller). Brian Kupillas (vocals/guitar) was kind enough to field a few questions, and fill me in on the band’s vinyl fixation, the preferred nomenclature for describing their sound (“not summery”) and the strange serendipity of their current success.

Tell me about where you guys are right now. It seems like you’re poised at the start of some really exciting things.

Yeah it appears that way. I have no idea what’s actually on the other side. It’s the furthest I’ve ever gone with a band so it’s the peak of it; I have no idea what happens after it. The record comes out in August; [we’ll] go on tour; we have a publicist, which alone is an impressive thing, that we were able to do that, like, convince a bunch of people to put money behind us.

You seem a little pleasantly surprised by all of these developments. Did you have a vision or a plan when you started this band?

In light of that, what goals do you guys have now?

The only goal we have right now is for the record to come out. It’s been so long in the making. We did it ourselves and then we had to redo it and then we got a label and they wanted us to have a more professional sound. Our goal is to have it out on vinyl — for some reason, that’s a goal of ours. And they were like, “We’d love to put out your record, its just expensive to put it on vinyl and these recordings are kind of crap; you need to get it professionally done.” It’s been a long time in the making.

Obviously it’s making a comeback, and a lot of people think it’s the best way to listen to music. I think, sonically and aesthetically, it’s more pleasing, just a bigger format. Part of it, the science behind it, I think it would make our record sound better and part of it is just that [we] want to be on the same shelf as artists we know and love; it just makes it that much more legitimate. I’ve been in a band where we’ve pressed our own CDs before, and that didn’t impress me. But to actually go and make vinyl records, and enough of them to sell to an audience, it feels good.

Your music is enveloping — such a pleasing sensory experience. Like floating in a warm ocean. What is your creative process for putting these songs together?

What typically happens, I’ll bring a skeleton to the band and we just kind of work on it. There’s typically a part that strikes them right away that they like, and they’ll start their parts; it becomes a conversation, essentially. Like Jared will come with his initial reaction to the song, like just start playing; Joel will pick up the rhythm with JD, the drummer. We’ll just play off each other with the song itself, just playing it over and over and over again to a tedious extent. Then we iron out the details, like add little pieces, the subtle stuff that you only end up hearing on further listens. The first hearing is just kind of a wash, you get like the melody of a song or maybe a lyric or two. You maybe walk away from the song with like the chorus and the beat — that comes right off the bat, but through working it out together, you get the subtle undertones. I feel like I’m giving us way too much credit but yeah, stuff like that.

That seems fair — there are a lot of layers to your music.

A lot of that comes from Jack, the keyboardist. Adding him in was great — he brings a lot to the table and it’s really fun to work with another instrument that can be both melody and rhythm. Starting where we started, with just two guitars and a two piece drum set to have like keys and a bass and a full kit now is a lot for us, and way more fun to work with. I think I appreciate it a lot more now, having been starved from all those pieces for so long. I think the other guys would agree with that. We did the whole self-limitations for a while and now it’s kind of breathing easy; it’s renewed music for me at least, just writing it — like, “Oh, I can think of things in other terms now, it’s not just two guitars and a drum set that can only do a couple beats.”

How would you describe the texture of your sound?

Not summery, not nostalgic — those are pet peeves of mine for sure. Because that’s definitely a movement in music: the nostalgic factor, like never-ending summer. Our song “Younger” is essentially a critique on that, enveloped in a song meant to sound like one of those. I can see why people say it, but it’s a conscious effort to undermine that— the very verbiage of calling it that. But if I had to describe it in positives rather than negatives, let’s see: I end up just saying ‘guitar pop,’ when I’m sending emails about booking shows. Or, Jared coined the term ‘lake pop,’ from the gills of Arkansas.

You guys are getting ready to hit the road, but what’s the word on the record?

I don’t even know what day the record comes out. Maybe August 26th or 28th. Wish I knew but it’s been hard to get that pinned down, because vinyl takes a while to make and they just got the test presses in. So as long as those are good, it’s on point.

Stay tuned to the guys’ Facebook for updates on their vinyl release. It’s going to be a limited pressing of 500, and preorders are available. They’ll be back in Arkansas on August 30th at Stickyz with Isaac Alexander and Sea Nanners if you want to catch their homecoming.