I hate craft beer. Well hate is too strong a word. But I’d rather drink Busch. Esoteric hops, crazy yeasts and brewing alchemy mean little to me. Give me a lager. Cheap is good. Cold is good.

That said …. I’ve drunk a lot of funky brews in my day. And the earnest crowd that has turned the former Baker’s Liquor Store into the Stone’s Throw Brewing at Ninth and Rock is hard not to like. Same for their beers. I sipped a half-dozen or so during a Quapaw Quarter Association monthly dinner and can only praise the quality from stout to cider. I liked the dry cider best, the ESB second. Each tasted as it was supposed to taste based on my 48 years of experience. (We started young in Louisiana.) That’s high praise in my book. I’ve run into some craft beers that came from the sheltered workshops of brewers — overhopped, funked up, poorly carbonated, nasty swill.

But I like this place to hang out, too. It’s utilitarian, not wholly unreminisicent of Baker’s backroom, which was known as the “Larceny Lounge,” for the off-duty cops and Secret Service agents who once hung out there. It’s not uncomfortable. It’s also not cutesy. The proprietors know their stuff when it comes to brewing. Just ask. Or don’t if details don’t matter to you. And they’ve really tried to encourage a neighborhood vibe in what was once a solid German neighborhood with a beer garden a block away in the late 19th century. They serve up Hillcrest charcuterie and local cheese, but they also throw gatherings on weekends with music and eats from a rotating lineup of food trucks. Our multi-course dinner came from Southern Gourmasian — edamame succotash was a knockout. Also the pork tenderloin sous vide and some zuchini carpaccio.

I don’t get around much anymore. I pretty much hate going out, except maybe to buy a couple of 40s of Miller High Life at the convenience store to take back to the house. But I might go back to Stone’s Throw. And livelier types than I definitely SHOULD. — Max Brantley

I saw that James Brown biopic, “Get On Up,” the other night, and one question that occurred to me afterward was, “Has Clyde Stubblefield seen this?” Stubblefield was the drummer depicted most often in the film, one of Brown’s most important (though he’d work with several, sometimes simultaneously). This morning I Googled “Clyde Stubblefield Get On Up” and it turns out that he lives in Madison, Wisconsin, and he has seen it. The local paper asked him for a reaction, and he said that it bored him. He didn’t even stay until the end. “The movie was not exciting,” he told the paper. “I hate to say that about a show, but it just didn’t have no action about it.”

When people mention James Brown samples in early hip-hop — and it’s a topic that comes up a couple of times in the movie — they usually mean Clyde Stubblefield samples, e.g.his drum break on “Funky Drummer.” To try and list the major artists who’ve sampled “Funky Drummer” would be to retell the history of popular music in the 1990s. Entire genres of music have been constructed around Stubblefield breaks. One of the early, crowning moments in “Funky Drummer”-sampling, though it’s often overlooked these days, was the Ultramagnetic MCs’ “Give the Drummer Some,” produced by the legendary Paul C (who, Dave Tompkins has argued, invented the “chop” and the “pan” in this beat). Ultramagnetic member Kool Keith, who incidentally will be performing at The Joint in October, is at his best here, with beautiful lines like “I smell a grape in the duck preserves.” — Will Stephenson

I’m a movie freak, and I like ’em all. Long movies, short movies, silent movies, loud movies, war pictures, weepers, slashers, thinkers and slapstick. I even like the films of Woody Allen, though don’t tell my wife.

Some of my favorite films were made between the dawn of cinema to about 1910. A lot of the people who got into film in those days were actual magicians, refugees from Vaudeville, tinkering with the new and surely passing fad. One of them was the great French genius George Melies. An illusionist and automaton maker, George Melies was fortunate enough to attend the first public performance of a film, when the Lumiere Brothers presented their marvel in the Grand Cafe in Paris on Dec. 28, 1895. Melies was instantly smitten, and went on to purchase several early film cameras before building his own design, using parts from clockwork robots he’d previously made (no, really).

From there, Melies became a master of cinema, directing over 500 shorts between 1896 and 1913. In love with illusion, Melies figured out a lot of the very early special effects, including how to make characters disappear by stopping the camera, removing the actor, then restarting the camera — the so-called “stop trick.” He also managed to create or significantly advance almost every film genre you can imagine, including horror, vampire films, science fiction, and even adult films, including a short from 1897 called “After the Ball,” in which a maid strips her female employer down to a flesh-colored body stocking and then bathes her in a tub. Melies’ sets, costumes and props, drawing on his skill gleaned as a set designer and illusionist, are superb, the stuff of dreams, full of depth and movement and loveliness. Though his work was quickly forgotten, he was recognized by filmmakers as one of the granddaddies of French cinema by the time he died in 1938, with his later years chronicled, in part, in the Martin Scorsese film “Hugo.”

A large chunk of Melies films are on Youtube. If you’ve got a few hours to kill, sit back and see where cinema comes from. — David Koon 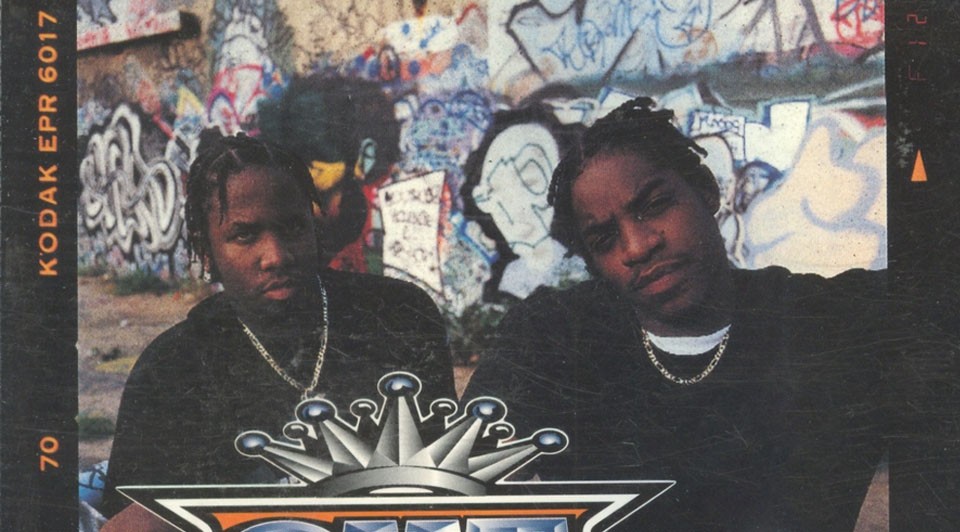 Last April marked the twentieth anniversary of Outkast’s “Southernplayalisticadillacmuzik,” the splendid debut album by the best band of the last twenty years. Outkast’s Andre and Big Boi were 18 at the time. I was 14 and a freshman in high school. Someone brought a cassette tape and we traded headphones at lunch.

(Doesn’t it make you love the world a little more, make you a little happier to be alive, to know that sometimes truly weird originals hit it big? Is there an alternate universe in which Prince was just too strange to be a sensation? Or are certain forces undeniable?)

Anyways, Outkast ended up becoming such universally loved pop superstars that I won’t even bother telling you how fresh and jarring they sounded when I was 14. But I do think, 20 years on, it’s worth celebrating. So I’m eating fish and grits. I’m wearing flip flops and socks and sweat pants. And I’m going back to maybe my favorite thing on the internet ever, which is my recommendation to you this week: the most ambitious, loving, crazed, devoted, brilliant, fanatical expression of music fandom the world wide web has ever seen. I disagree with some of its conclusions, but it’s perfect. Here: enjoy.  — David Ramsey