For a span of two to four years I lived on the Big Island of Hawaii. Who can really say how long it was? It was during my early twenties, anyhow. At some point I moved away, excited to renew my relationship with the mainland and explore new forms of escapism that didn’t involve so much ukulele. Yes, truly I was running from the songs of Hawaii. High tailing it away from the terrible sounds of luaus and Paniolo ballads in stripmall speakers.

Fast forward through two colleges, the band, numerous jobs, and inumerable late nights with all the least exotic music you can think of and you’ll find me with my wife and two very young twins and an infant girl. I force upon them all almost daily a Spotify playlist of Hawaiian music that can not be beat. I love the stuff now. The worst and best of it makes me so happy.

So, I recommend trying it out on a Saturday morning with pancakes. Tonight while washing dishes. Or playing from the living room while you sit on the porch. Start with the slack key masters like Sonny Lim and John Keawe, and then jump back to the sounds of the Hawaiian cowboys (paniolos). On the suckiest of hot Arkansas days, let these folks whisk you away to a breezy lanai sipping a Castaway IPA from the Kona Brewing Co. Heaven. Oh, look! A gecko. Aloha nui loa! — Bryan Moats

In my ongoing quest to find children’s books that aren’t terrible, I’ve been excited to discover Big Picture Press, a small publishing house devoted to richly designed children’s book. Many of them are so good looking or wonderfully strange grown design nerds would be proud to have them out as coffee table books. I covet everything they’ve published. But I can especially endorse the books they’ve published by Aleksandra Mizielinksa and Daniel Mizielinski, “Welcome to Mamoko” and “The World of Mamoko in the Year 3000” and “Maps.” The former series, which continues with the September release of “Mamoko in the Time of Dragons,” starts with a list of characters—anthropomorphized animals and various imaginary creatures—who move through the pages that follow on wordless adventures: A lion picks up junk on the street, a small bunny loses its balloon, a box containing a crystal ball falls off a truck. Each page is a cross-section or a cityscape or alien planet or something where all sorts of stuff is going on. The idea is that you, or better yet your kid, narrates a story. They’re great for kids like mine who like “reading” by themselves. “Maps” is a beautifully illustrated atlas, full of facts and drawings of native animals and plants and such. So it’s something to grow into. Right now my son is primarily interested in finding all of the countries where monkeys live. Maybe down the line he’ll be able to point out Tanzania on a map. — Lindsey Millar 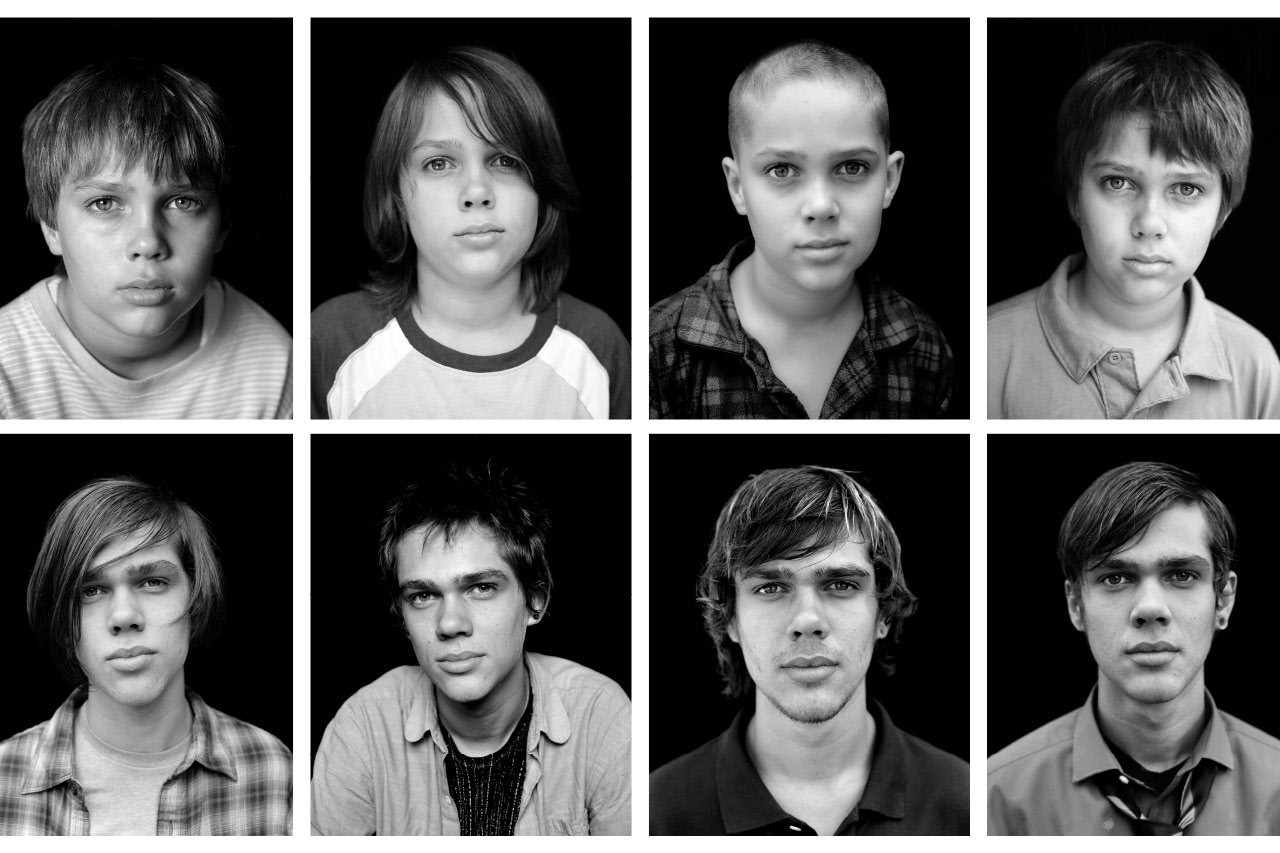 This weekend Richard Linklater’s film, “Boyhood,” comes to Riverdale 10. A nearly unprecedented experiment in, if nothing else, film production scheduling, “Boyhood” was shot over the course of 12 years, so that lead actor Ellar Coltrane (6 years old at the start of the movie) could age alongside his character. It’s a conceit that’s been tried before in documentaries, like Michael Apted’s “7 Up” series, but to have attempted it in a narrative feature starring people like Ethan Hawke and Patricia Arquette seems reckless and impressive and intriguing. Also, it’s apparently good. Reviews have been almost entirely positive.

For anyone averse to movie theaters or childhood, I’ll recommend watching “The Long Goodbye” on Netflix. A 1973 Raymond Chandler adaptation starring Elliott Gould as an indifferent, chainsmoking private detective (Phillip Marlowe, a role Humphrey Bogart had made famous in 1946), it’s one of Robert Altman’s best films, a strange and hilarious sort of lazy Southern California noir. Also it has one of the great taglines in movies: “I have two friends in the world. One is a cat. The other is a murderer.” — Will Stephenson

The world is full of bad science fiction — but as with all media, there are experts to help us sort through these things and get to the good stuff. The Nebula Awards are given annually to the best scifi novel, novella and short story, among other categories. I picked up the Nebula Award Winners Showcase 2014 at the Main Library a couple weeks ago There’s a great short story by Aliette de Bodard, “Immersion”, that communicates a great deal about globalization and postcolonialism in the internet age without once seeming preachy or pedantic. But the real reason I’m writing this review is Nancy Kress, whose “After the Fall, Before the Fall, During the Fall” won the 2014 Nebula for Best Novella. Told mostly from the perspective of a malformed teenage boy living in a postapocalyptic world, it’s a sad and haunting and deeply weird rumination on both environmental collapse and male adolescent misery. Like a lot of Kress’s writing, it explores a lot and answers very little.

It’s also, honestly, not very good writing, per se. There’s such a thing as well-written science fiction, but Kress isn’t it — and that’s OK, because you don’t read her stories for the beauty of the prose, the depth of the characters, or even necessarily the coherence of the plot. You read them for the chill of the imaginative frontier, and that she achieves like no one else. For my money, Nancy Kress is the best heir to the crown of Philip K. Dick, who was himself simultaneously a consummately crappy writer and among the best in the genre with the deranged scope of his paranoid fantasies of technology and culture. (For those who don’t know, Dick gave us the wonderful and deeply flawed books that would become Blade Runner, Total Recall and Minority Report, among many others before his death in the early ‘80s.)

Kress has also written the novel “Beggars in Spain”, in which genetic engineering makes it possible for the wealthy to conceive children who don’t require sleep, creating a new class of individuals with approximately 33 percent more waking life than the rest of us. And, my favorite, “Probability Moon”, which explores the idea of a species in which individuals are physiologically compelled to reach consensus as a group and experience individual dissenting thoughts as physical pain. Maybe you find these conceits excruciatingly juvenile. In that case, stick with the literature-literature — but if you love imaginative fiction, check it out.

(Unfortunately, even if the Nebula Award Winners Showcase is full of complex technological metaphors on sociology, the cover art is still of a dragon chasing an animal across a mountain or something. It would embarrass the nerdiest 12-year-old boy. Read it, but before you have any dates over, swap it out on the shelf with some Gary Shteyngart or something.) — Benji Hardy

I’m running behind today, so I’m outsourcing my recommendation. I’ve never been to Istanbul, but I feel comfortable recommending it based on this email I received from my cosmic German buddy this morning: “Much much love from Istanbul, the by far most magical place I’ve ever been to. I’m strongly tending to move here early next year, in which case you’ll have to come over at some point and experience this crazy place yourself. You will freak the fuck out. Last weekend I took acid on a magical beach club, was introduced to phenomenal Turkish music from the 50s and 60s, saw the clouds dance ballet for me, felt my mother’s love in the sky, while in the end of that epic trip a tiny little fly that was walking (not flying!) determined and full of confidence from the very left to the very right on a huge, Bosporus outlooking panoramic window, taught me not to worry and take it easy…” — David Ramsey