Read this month's issue
Browse the issue archives
Advertisement
Home Rock Candy Psych of the South: The Barefacts’ ‘Tell Me’ (1968)

The Barefacts recorded the infectious, stripped-down garage rock tune “Tell Me” on the Country Color label out of Osceola, Arkansas in the summer of 1968. They originally formed in Bear Creek, Alabama, in the late `50s, as the Shirley Family Band.

The patriarch of the family, Orbie Shirley, was a steel guitar player. His wife, Lola, played acoustic guitar and they taught their children to play and appreciate music. Orbie Junior was born in 1946 and his sister, Deborah, was born in 1951. From a very young age, “Debbi,” was a singer. When Orbie Senior would come home from work Friday nights, the family would gather for a performance.

In 1962, Orbie “Tootie” Junior, and Debbi formed Debbie and the Deltas along with John Tidwell on bass, Charles Stidman on guitar, and Albert Pinkard on drums. Tootie played lead guitar. They played in the southeast at Elk Lodges, American Legions and private parties. They packed school auditoriums in places like Haleyville, Alabama.

The group became a major player in the region’s battle of the bands, which led to their own radio show on WJBB in Haleyville and regular appearances on the Pat Gray Morning show and Country Boy Eddie’s show in Birmingham. They opened for Roni Stoneman, Sonny James, Spec Rhodes, Porter Wagoner and Little Jimmy Dickens. Their mom, Lola, served as the band manager and booked the young group all over the region.

As Debbi entered her teens, they changed their name to The Barefacts, and in 1967, they signed a contract with Crockett Records, owned by J.T. Norris out of Haleyville. Norris produced their first single “Night Fever,” written by Tootie, on April 3, 1967. At this time the band featured Jimmy Preston on bass and Glenn Fortner on drums. Debbi picked up the drums and keyboard and the group regularly switched instruments on stage. A short time after the “Night Fever” record, the group added keyboardist Larry Smith, who lived down the street from the Shirleys and was a family friend.

After the Crockett 45, the group was reduced to a trio, with Debbi, Tootie and Smith. In the summer of 1968, the group stayed at the Shirleys sister’s house in Osceola, Arkansas. Local country musician, Sam Higdon, owned a teen club there where many of the local groups, including The Barefacts, played. This gave him the opportunity to scout talent for his new record label, Country Color. 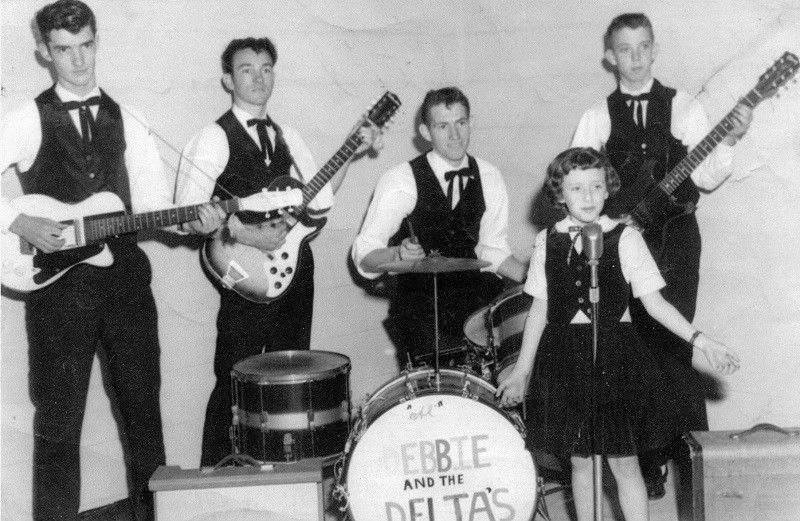 “Tell Me” begins with Tootie exclaiming “Drummer girl, gimme a beat,” referring to Debbi, who had taken over drumming duties while in Arkansas. At this time, the group wore matching golden shirts and medallions.

As the records were being released in Osceola, the group returned to Bear Creek to begin school. Glen Fortner and Gary Hutcheson joined and in 1969 they played a series of gigs as the Conventionals to promote a local mobile home company. They played dance music at the Northwest Alabama Mobile Homes Festival and appeared before 2,500 fans at the Haleyville football stadium opening for Porter Wagoner.

In 1970, the Barefacts became the house band at a restaurant on Highway 5 in Phil Campbell, Alabama. For the gig, they bought $10,000 in equipment including a new lighting and sound system. It was set up in the restaurant when the building caught fire, destroying everything. Still, they persevered. 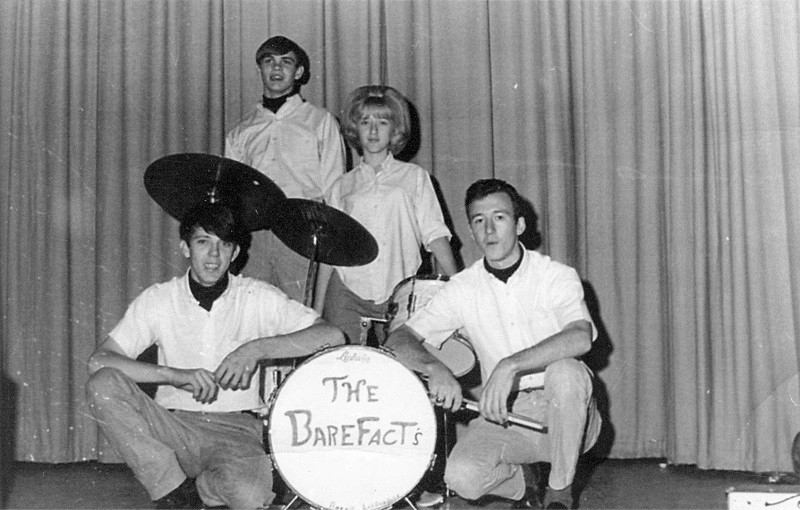 In 1975, they were working in Muscle Shoals, Alabama, at the Paradise Club when Ron Ballew of Widget Records caught their performance and decided to sign Debbi as a solo artist. He put her together with the producers at the famous Muscle Shoals recording studio to create a single. There she worked with the Fame Gang, including Ken Bell and J.L. Wallace, who wrote “One Night Stand” for Debbi. The label put her on the road as a solo act with a new group featuring Tootie, Roger Clark and Ken Bell.

After being on the road for several months, the group took a break and Debbi returned home. There she met a guitar player named Mike Mayhall and two married shortly after. She opted to quit the road to focus on her family but continued playing music, only privately. After the solo tour, Tootie retired from the music business as well. After Debbi’s divorce in 1988, she traveled the world and eventually lived in Guam. Larry Smith is still a family friend, and Tootie died in 2006.

In 2007, my label, Psych of the South, released two Barefacts songs: “Tell Me” and “Leaf on a Tree” on “Lost Souls Volume 1,” a compilation CD that was the product of a quest to find the most obscure garage rock records from Arkansas. Inspired by the CD, Juli Jackson wrote the screenplay for her film, “45RPM,” which features The Barefacts on the soundtrack. Debbi attended the premiere of the film in Batesville in 2012. Earlier this month, Get Hip records in Pittsburgh re-released “Lost Souls Volume 1” on vinyl for the first time featuring “Tell Me” and “Leaf on a Tree” along with updated liner notes and photos of the band. 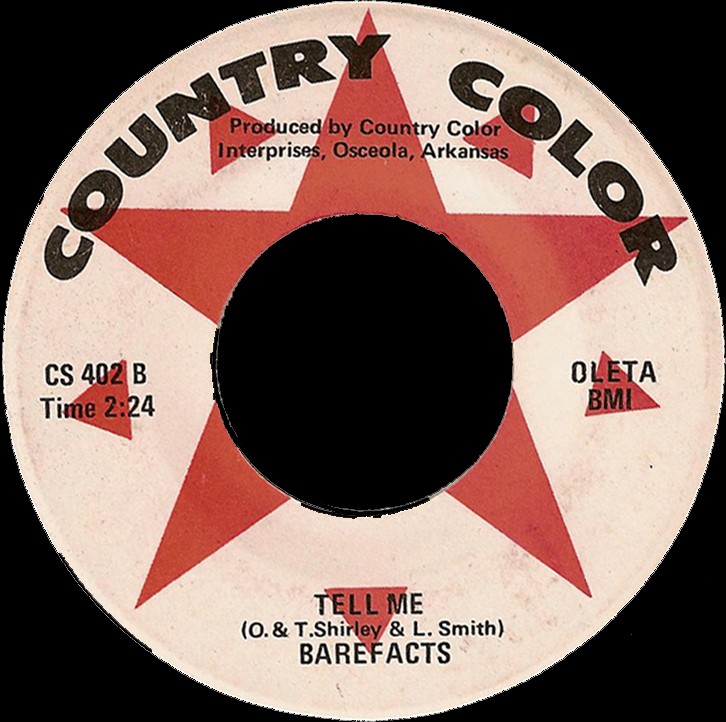