I recommend this song. It’s a perfect soundtrack to cool, late summer days that feel like fall. — Lindsey Millar

I’m kind of a nut on vampire films. For one thing, none of them — from “Nosferatu” to “Twilight” — are really about bloodsucking. They’re always about something else: xenophobia, fear of having your metaphorical, jingoistic bloodlines polluted by a menacing foreign Other, hangups about sex, guilt about living so well in the West while countless millions in the Third World get paid pennies an hour to make Nike shoes and cute clothes for The Gap (drink up, you vampire you). For another, modern takes on the vampire tales are inevitably pretty good yarns about anti-heroes and outsiders, all too human creatures who feel the sting of having to repeatedly make the choice to either die or to take from someone else in order to survive.

While the genre seems to be getting about as worn and threadbare as Grandpa Munster’s cape, there are occasionally some great, myth-warping additions to the blood bank that kick things in a new direction. Such is the case with writer/director Jim Jarmusch’s “Only Lovers Left Alive,” which stars Tilda Swinton and Tom Hiddleston as star-crossed, centuries-old lovers who just so happen to be members of the Un-dead. Filmed in Tangier and the near-post-Apocalyptic neighborhoods of Detroit, where so many houses have been bulldozed that the coyotes and skunks are beginning to retake what were once prim and manicured neighborhoods, it’s a thoughtful, literature little indie flick that’s probably really more about heroin use and the passage of time than it is about that famous Count from Transylvania. Definitely worth watching, just for the lead performances, including John Hurt as Christopher Marlowe (yes, the Elizabethian playwright). Literary and fun, “Only Lovers” has it’s weird moments, like any Jarmusch film. But it’s also a whole lot of fun. Bonus: plentiful guitar porn, as Hiddleston’s character is a collector of the best of the best things with six strings. The soundtrack is amazing as well. — David Koon

You can buy a baguette from Boulevard Bread for under $3, and that makes two lunches worth of cheese-and-tomato sandwiches.

I know what you’re thinking: should we really be supporting the French, what with September 11th just passed and all? And yes, as a chronically cheap person, my standard bread purchase is a fat loaf of the good old American, presliced, cellophane-bundled, PBJ-factory stuff bought from the shelves of the Meat People and worth a lot more than two sandwiches. But crappy sandwiches for lunch get old fast. A half baguette with cheese and tomato and mayo is a perfect dream of simplicity and union. It’s a satisfying lunch all on its own. I personally don’t think you need fancy cheese — the garish orange kind is fine. (Remember, any cheese is fancy when it’s slathered in mayonnaise.) A good tomato is a non-negotiable component, though, and since good tomato season is just about over, you’d best act now before the last vestiges of summer fully disappear.

Powerful men will back me up on this: it’s the best damned sandwich you’ve ever ate. — Benji Hardy

I read Roberto Bolaño’s “The Savage Detectives” the year after I graduated from college, while I was living in Atlanta and had a twenty minute bus ride to work every morning. I liked the voice, the autobiographical aspect (which mocked and romanticized his background in the same breath) and the idea of this outlaw poetry collective who sells pot to finance a literary magazine (called “Lee Harvey Oswald”). I even liked the way the narrator disappeared midway through and was replaced by this confusing shotgun blast of short vignettes from strangers we sometimes heard from again but usually didn’t. It made a big impression, but I haven’t read much Bolaño since giving up on “2666” four-fifths of the way through a little while later (I don’t remember why).

A couple of weeks ago, though, I found a collection of his short stories, “Last Evenings on Earth,” in a bookstore in Athens, Ga., and read it last week over a few nights: It’s an incredible book, and maybe even a better introduction to his writing. Almost all the stories are remembrances of a writer or strange character the narrator (often just named B.) knew a long time ago, who died or disappeared or otherwise failed. It’s the kind of book that makes you okay with failing, and that makes you think about the people you’ve met a handful of times and never really gotten to know. It makes you want to go Acapulco, too. — Will Stephenson

Well, I’m headed to the Vintage Market at Bernice Garden tomorrow because it’s all outside and there are good vendors and the last time I was there I found a tiny gold poodle charm with diamond eyes and a tablecloth advertising the charms of Alaska. (Actually my friend found the poodle charm for me, and then made me give it to her.) Anyway, lots of booths, nothing too fancy, just right prices, and such good food nearby, and parking is no problem, so you’d be nuts to skip it. — Leslie Peacock 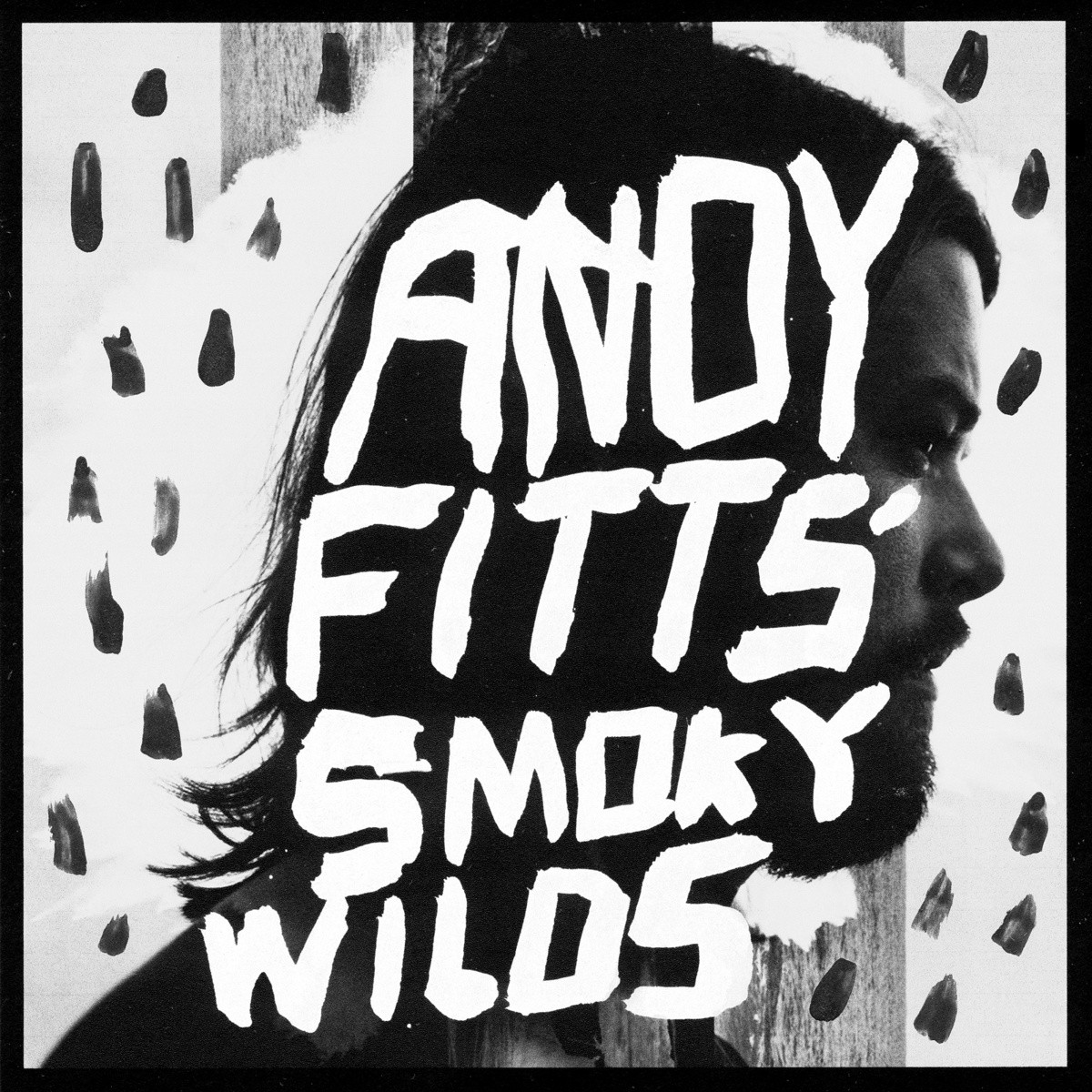 As I understand it, it isn’t cool to recommend the amazing things your friends have done. That kind of veiled name dropping isn’t acceptable to some. But fuck that, I’m busy and I want you to hear this amazing album by my old friend Andy Fitts. It is called “Smoky Wilds.” I was going to do the album art for it (humble-brag) but it is really good that I didn’t because the final product turned out way better than if I’d had done it (humble-fail). If you’ve listened to or seen David Bazan (of Pedro the Lion) much in the last 5-10 years you’ve probably already heard or seen Andy on bass. Or in one of his other iterations such as Airport Cathedral, which is also super good. Okay, I gotta get back to work. Please listen, okay, and keep your opinions to yourself. — Bryan Moats

I’m recommending the Holy Bible. If not me, who?

In thinking about what makes Christianity stick around, one thing that strikes me is how malleable the messaging is (even if not all Christians are so malleable). The passage above was read at my grandfather’s funeral earlier this year. He was 97. A fully lived life as “this light, momentary affliction.” It’s an astonishing sentiment when you really think about it. There is a graceful spot, I think, between the religious idea of thanksgiving which accompanies death and the secular mourning of the loss of earthly life. The friendly episcopal priest at my grandparents’ church in tidewater Virginia gave the climactic weight to “eternal weight of glory,” naturally, (he’s a priest!) but lingered too on the peculiar value of, well, 97 years of this light, momentary affliction.

While in Virginia, I spent a lot of time with my grandmother, at her own tail end, who doesn’t recognize anyone or have any idea what’s going on but lights up and laughs when I call her “grandma.” Or she may just be in to young men giving her attention. I drank some salty, brakish water from the York River, down below the bluff at the house where my grandfather died and my grandmother still lives with caretakers. My grandfather taught me to fish there. Used to be a big beach, now just a strip of sand even at low tide.

Someone at the visitation told me the story of my grandfather in a little sub-chaser in World War II, supposedly captaining the ship but basically a clueless kid with some sailing experience on a small wooden boat in the Pacific ocean. The Japanese dropped some bombs nearby and popped the boat up out of the water. My grandpa bit his lip in fear, so hard he was covered in blood. He saw all the blood and yelled “I’ve been kilt!” The fella telling me the story said he had looked at my grandfather’s embalmed body in the coffin, looked at the lip — to see if he could still see the scar.

Psalms 30 :11-12:
You have turned my mourning into dancing for me; You have put off my sackcloth and girded me with gladness. — David Ramsey