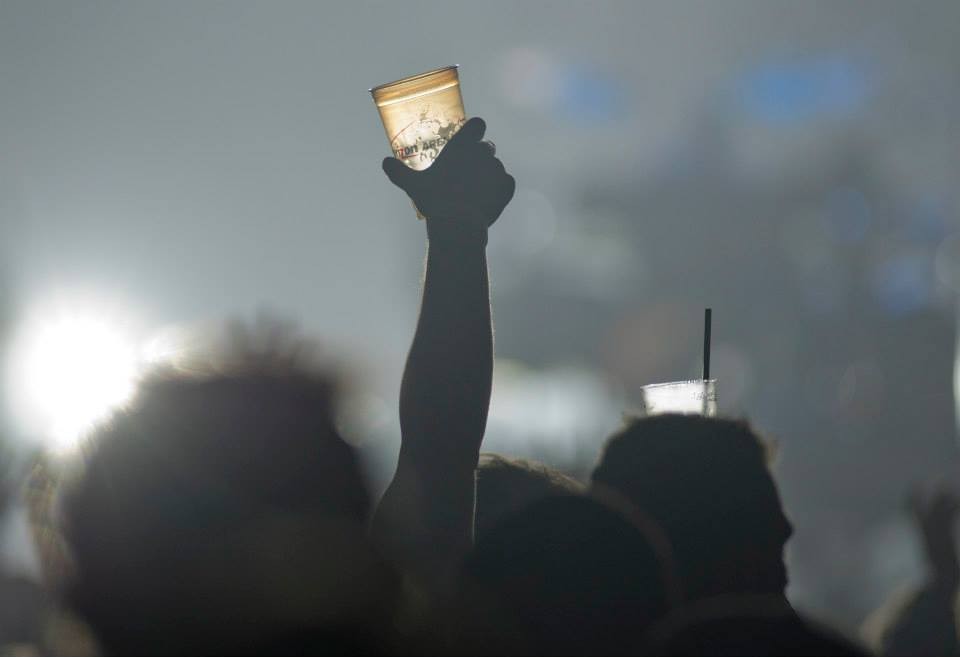 Apparently Dwight Yoakam’s acting career is sufficiently slack enough that Friday night saw him opening for bro-country kingpin Eric Church at Verizon Arena. Hollywood is taking Yoakam in small enough doses (he has a recurring part on CBS’s “Under the Dome”) that he can lend his considerable talents to country music, which currently can use any kind of flavor it can get.

At Verizon, Yoakam’s greyish hair was flowing out from under his trademark white cowboy hat. His backing band was dressed in sequined jackets and his boots — cowboy, naturally — were adorned with playing cards. Though Yoakam looked his age, 57, his neo-trad take on country music remains as strong and distinct as it was back when he hit the big time: 1986, the year of “Guitars, Cadillacs.” That hit showed up toward the end of his set – he referred to it as one of the “old ones” that the crowd might remember (the young crowd yelled in affirmation but probably wouldn’t have passed a lie detector test). Mostly he showed off that voice that seems to flow from a bottomless bluegrass mountain well.

What other current Nashville hitmaker employs the considerable knowledge and skill of Yoakam? His set ran through Buck Owens (“Streets of Bakersfield”), Elvis (“Little Sister”) and Johnny Cash (a wonderful, lounge-like “Ring of Fire”) and his own work (“A Thousand Miles from Nowhere” had a special glow). He stopped “Streets of Bakersfield” to toss out a mention of Benton, which he did no doubt because it was there where he filmed “Sling Blade” with Billy Bob Thornton. Some years after that, Yoakam directed and starred in the psychedelic western “South of Heaven, West of Hell.” If you want a weird trip (and why wouldn’t you?), Netflix that thing.

Nobody should be surprised that Eric Church sits on top of country music (sure, he has to share that perch with Luke Bryan) but his concert did not even have a whiff of honky-tonk trappings or acknowledgement of Nashville. Church’s stage setup included a drummer floating down from the rafters and lots of heavy guitar crunch. The thin and wiry Church lifts his stage persona straight from Bruce Springsteen – the inspiration for one of Church’s biggest hits. He aims to work hard enough to earn your love. “We’re gonna leave it all here on the stage,” Church said at one point. He was true to his word. 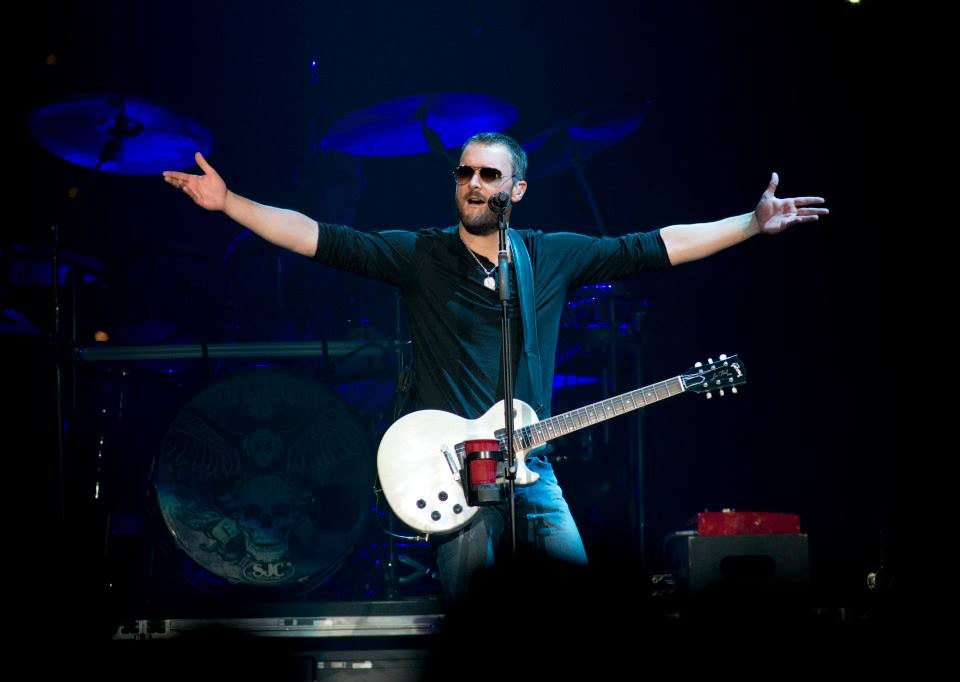 The Verizon crowd, a little more than eight thousand strong and confined to the lower bowl, responded to the attention, lustily singing along to “Talledega,” “Smoke a Little Smoke,” “Homeboy” and many others. Live, Church’s softer side doesn’t really gets its due (there were exceptions including a lovely take on the older “Sinners Like Me”) in order to give the arena lots of stomp.

Bless his heart, Church hasn’t gotten so big that he’s not able to be just downright strange. The herky-jerky, black-and-white video of Church, which served as a band break and introduction to “Devil, Devil,” was somehow both incomprehensible and indulgent. That kind of artistic leap is not the kind of thing that Nashville encourages and which is why anybody with any sense should have left Church’s concert feeling encouraged about the state of country music. 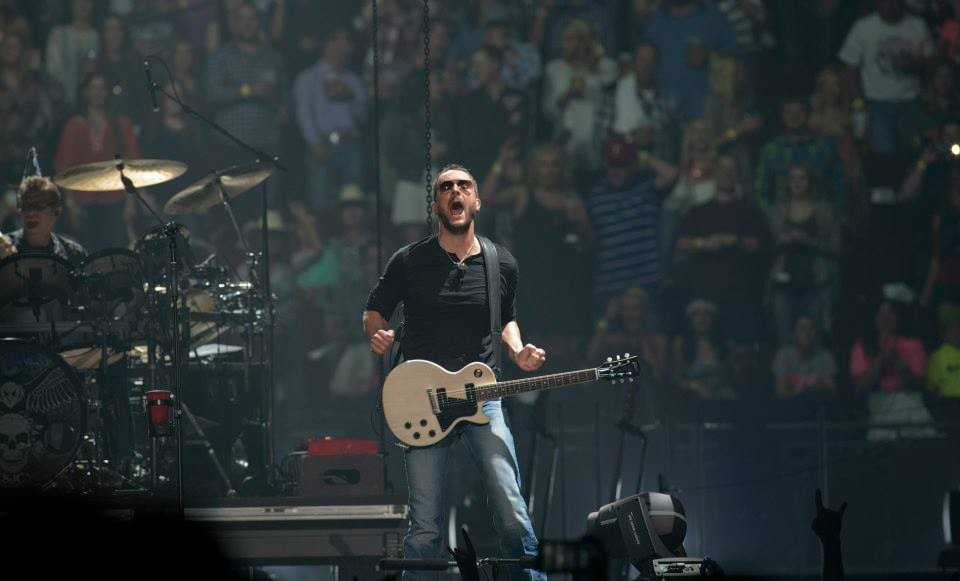