Last weekend, we had our first taste of fall, and if there’s a better place than Arkansas in the fall, I’ve never heard of it. With temperatures hitting the sweet spot, the wife and I were out and about all weekend, eating and shopping and making merry — so here’s one weekend in Little Rock, to celebrate the fall.

Friday night, while many of our fellow foodies were in Argenta for the soft opening of Good Food by Ferneau, Jess and I found ourselves at a table by the window at South on Main. We’d had a plan for some time to throw ourselves a feast in miniature at the SoMa restaurant by ordering strictly from the appetizer and shared plate bar menu — a fun thing to do if you like to eat a lot of little bites from a lot of dishes.

To this end, we ate boiled peanuts in pot liquor, grilled quail with beans, duck confit, pork trotters, and fried oysters on grilled romaine — all excellent — but there was one dish that really stood out: a plate of buffalo-style duck wings.

This is, of course, a “use every part of the bird” dish — the restaurant has other duck on the menu, and a duck’s wing is typically not good for much but a rich addition to the stock pot. Take those wings and fry them to a crisp, though, then top with spicy sauce, and you’ve got a sticky, spicy, messy, glorious plate of gnaw-of-the-bone fun. I’ve eaten a lot of great things on South Main Street, but these wings were out of control. Service, as usual, was excellent, and David Burnette did us right from behind the bar.

After dinner, we drove out to West Little Rock to Colonial Wine and Spirits to get some potent potables for the next day’s Razorback game. The guys at Colonial have done a phenomenal job of stocking and merchandising Arkansas beer and spirits — I saw bomber bottles of beer from Core and and Saddlebock, packs of cans from Core, bottles of Diamond Bear, and of course, Josiah Moody’s Half Seas Over Imperial IPA was out in bottles and at the growler fill station. Like the harder stuff? Rock Town Distillery has you covered — that Apple Pie Lightning is smooth and deceptive. 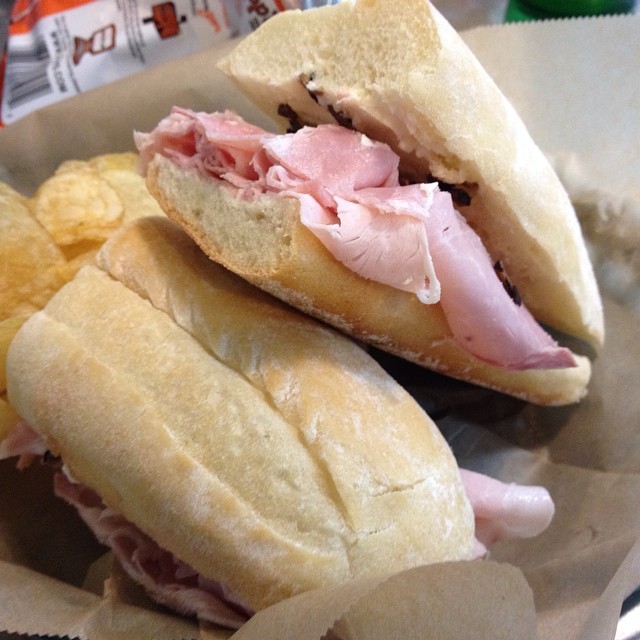 Saturday morning…well, we skipped Saturday morning. I woke up about 7:30, thought, “Well, I’ll sleep another hour,” and the next thing I knew, it was 10:30. So that’s a lost opportunity, because the farmers markets in Hillcrest, Argenta, and the River Market are always lively. The first pie pumpkins are hitting the markets, and if you haven’t ever made your own pumpkin pie or pumpkin soup from an Arkansas pumpkin, you should put that on your fall to-do list.

Once we finally got up and around, we moseyed up to the Heights to do a little shopping. First thing: Domestic Domestic, a men’s boutique full of excellent stuff to make a manly man feel manly and smell good while doing it. I picked up some cedar oil soap because the wife took one sniff and said “you need to smell like this,” and I like to keep her happy. It’s a great shop.

Just down the block from Domestic Domestic is Eggshells Kitchen Co., a wonderland of kitchen utensils, gadgets, and the largest selection of Arkansas-made snacks, sauces, mixes, and cooking products you’ll ever find anywhere. We grabbed a cookie cutter in the shape of the state so that we could make some sugar cookies and actually, physically, literally, “eat Arkansas.” A terrible pun, but the cookies turned out great. Next on my shopping list at Eggshells: Arkansas-produced rice bran oil, something I’ve wanted to cook with for some time.

Lunch took us to Hillcrest Artisan Meats, where a Georgie with truffles and huge hot ham and Swiss hit all the right spots. We scooped up a couple of fine looking pork chops out of the case for Sunday dinner, then went back home to watch Arkansas put the hurt on Texas Tech to the tune of three touchdowns — and the pizza we had delivered from Damgoode Pies made victory that much sweeter. 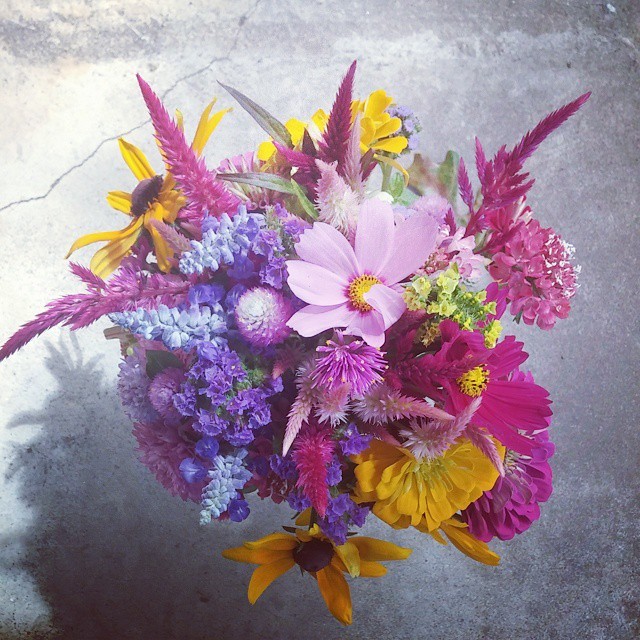 On Sunday, I made up for missing all the Saturday markets by heading down to Main Street for the Bernice Garden Market. We got flowers, some hot peppers, and a pile of sweet potatoes to make with our pork chops, and spent some time catching up with friends from all over the city. A nice cup of cold brew coffee and a pastry from Mylo Coffee Co. put us in great spirits, and although Joel DiPippa bought the last of the collards, we forgive him.

One last stop to our favorite local grocery store, City Market on Colonel Glenn (for greens and salt pork) and we were on our way back home. A quiet Sunday afternoon when the temperature was just right, the sun was shining, and good food was simmering on the stove is just something that’s hard to beat. It’s the best way to do autumn in Arkansas, and we’re only getting started. Fall food festivals, hay rides, corn mazes, pumpkin picking — it’s all coming up, and as the air starts getting colder, the fun starts heating up.