Blues Foundation was from Prescott, Arkansas and traveled 100 miles to Jaggars Recording Studio in Little Rock to record this fuzzed-out gem in the fall of 1968. The 45 was released on Jaggars’ house label, Jaguar Records. I featured “It’s Called Love,” on “Lost Souls Volume 1,” a compilation of 1960s garage bands from Arkansas (recently re-released on vinyl by Get Hip Records) and, while preparing for the release in 2007, I tracked down Hershel Cannon, Blues Foundation’s singer, guitarist, and songwriter. Below are excerpts from that interview.

Tell me about your first band.

You know it was just my older brother and myself, it was just the two of us, I was in junior high. He and I would both play instruments. I played banjo, he played the banjo, I played guitar, we were pretty versatile. The two of us just got together and started singing in Southern Arkansas. Then Phillip Palmer, the drummer, joined and we had a group called the Emperors, it was my older brother, myself, and Phillip Palmer. When my brother left high school, I wanted to continue to play music so Phil’s younger brother, Chris, was a guitarist, and a good friend of ours, Larry Meeks, became the organ player and this group formed the Blues Foundation. The four of us played for about 3 years actually.

Tell me about where you guys performed.

We played for every civic group in Hempstead and Nevada county, we’d go over to Texarkana and play, we’d come up to Little Rock and play. We’d play a lot for the openings of things, for basketball games, halftime at football games, we played any place we could play other than a dance. I was kind of limited along those terms. I was always at the dance, just not in the dance. My dad was a Church of Christ minister and my family was very conservative. We had a community center in town where all the dances were held on Saturday night and that’s absolutely where I was going to be. But I knew if I was in the dance, the next day I would be in a lot of trouble, so I would always sit on the steps closest to the dance without really being in it, so technically I really wasn’t there. I was going to know immediately on Sunday morning that Hershel was at the dance Saturday night. It’s not like it would be a surprise, they just wouldn’t like it at all.

Where did the band practice?

We had a great place, my friends Phillip Palmer and his brother Chris had a place on the outskirts of town. It was just a garage and had a really great room above the garage where we would practice. We would got out there two or there times a week easily and terrorize the neighborhood, we would turn this stuff up as loud as we could. 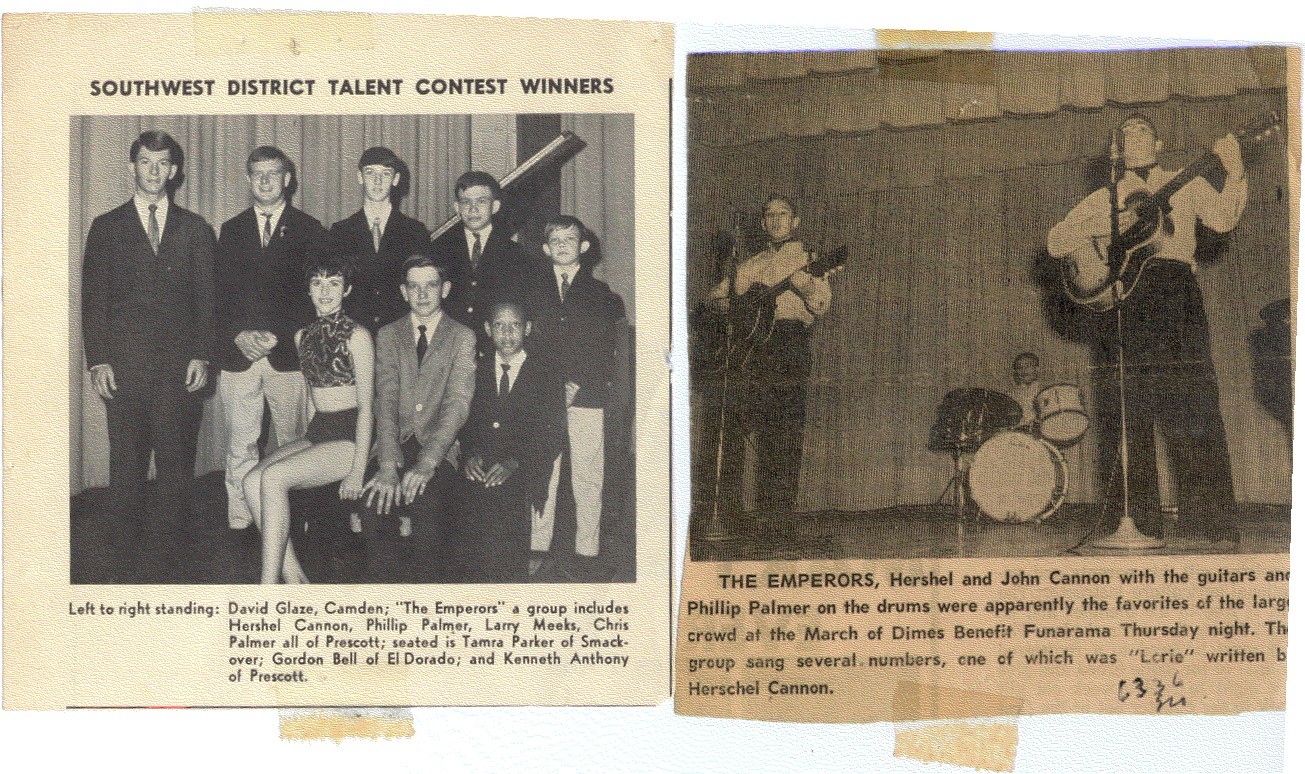 What was the recording studio like where you recorded the 45?

It was an all day deal. I just remember the excitement of loading up everything early in the morning, getting up here and finding the recording studio, and Mr. Jaggars told us “try not to go over 3 minutes with your songs” and we did everything we needed to do per his instructions. We cut a few things out, edited some things. We had never done it before obviously. Being in front of the microphone and knowing that is was going out on vinyl was pretty exciting. It was all one track, nothing was dubbed, it was as simple as it could get. So you really couldn’t afford to mess up. Seems to me like we did two or three takes then went to lunch and came back and tried to finesse it one more time.

Where did you guys sell the records?

I don’t know that we sold any. I’m serious, as far as I know every record we made, we gave away. Either it was a radio station or friends or whatever. We weren’t concerned abut making money so much as we were people hearing what we did. And maybe that right person would hear it and something would click, you know, then the next step. So no, we didn’t make any money at all. I’m sure to my dad’s dismay as well: see, this is what music does. 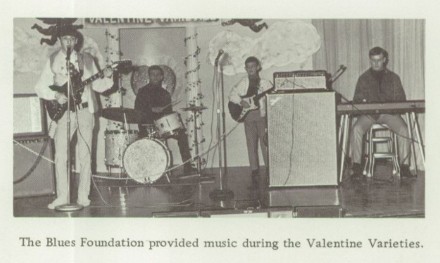 Did you guys ever play on the radio or TV?

We played on a couple [of shows]. Something called the Tommy Trent Fun Barn in Little Rock. We were on Tommy Trent a couple of times. You know when I was in high school in Prescott, Glen Campbell was the deal. He was from Delight, which is about 18-20 miles from Prescott and he had come back to visit his family in that area. He had a couple of shows there, and they said “would you guys like to open for Glen Campbell?” So, we were juniors in high school and thought it was about the greatest thing that ever happened. It ended up in basically a rodeo arena with bulls and horses and cowboys, but anyway we opened for Glen Campbell and it was a big deal. He liked us so much, he said you “I’m doing a show in Nashville, Ark.” and we went up and opened for him in Nashville too.

What is your fondest memory of Blues Foundation?

The fondest memories I have are just really going out to the garage, the room above the garage, and just blowing out the community, the fuzz was up, we would rock 3 nights a week and the neighbors would just let us do it, it was OK. It was my out, living in Southwest Arkansas. It was “the” escape. I had a lot of good friends in this small town, but if you don’t play sports in a small community, it can be a little tricky. Thankfully the music got me by. 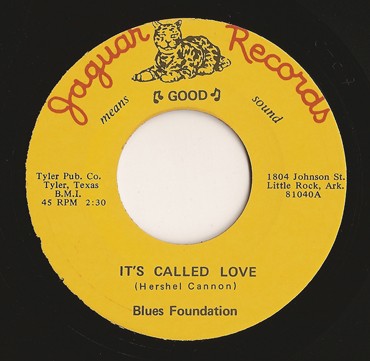